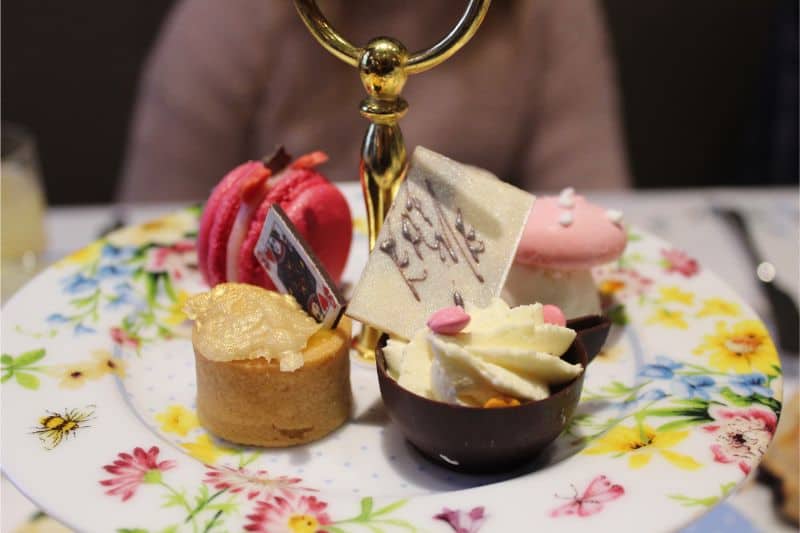 The Alice in Wonderland afternoon tea at Taj 51 Buckingham Gate in London ranks as the most quirky, theatrical and stunning afternoon tea I have ever had the pleasure to try (and as this post shows I have enjoyed many!).  The afternoon tea perfectly compliments the building that houses it – The Taj, 51 Buckingham Gate is a beautiful example of Victorian opulence with its arched windows, stone balconies and vivid colours.  There are two Taj hotels set in a secluded courtyard, the other is St James’ Court, a Taj Hotel where we had a lovely family stay.  We made a video of our stay and you can see the Afternoon Tea in there too!

How’s this for something different – a list of deliverable afternoon teas in London!

The table was beautifully set ready for our arrival, with this enormous Mad Hatter’s hat as an elaborate centrepiece.  There were silk flowers and pretty crockery and beads of pearls adorning the table. 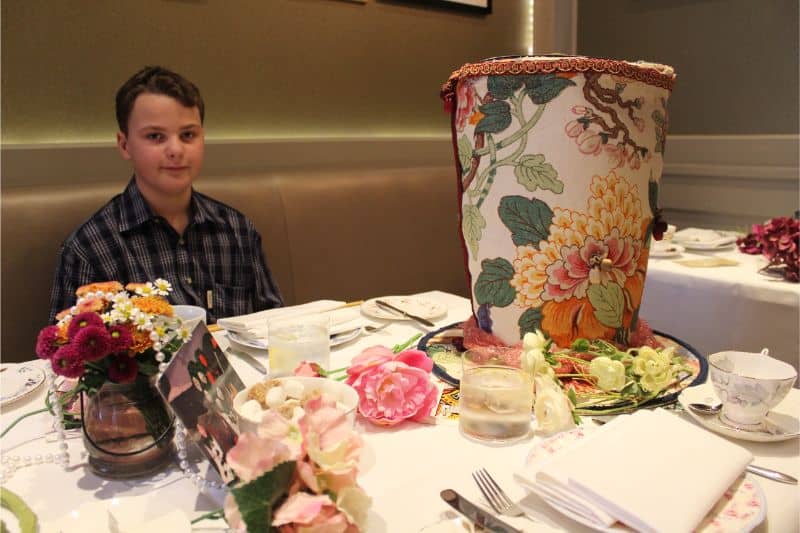 We were brought a tea menu and I ordered my usual Earl Grey, Master T chose peppermint, Mr W went for a cafetiere of coffee and Miss H had apple juice. The pot of tea I received was absolutely enormous (and I can say there was no dormouse asleep in there!).  We didn’t need any extra tea but a table behind us tried several different teas during their meal. 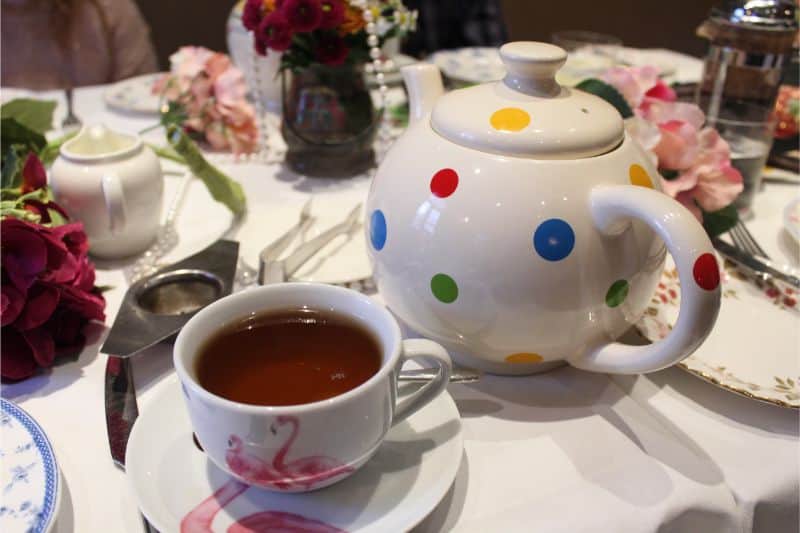 The service, as you would expect from a 5* hotel was impeccable with courteous staff explaining each part of the tea, and silently whisking no longer needed items away for our convenience. 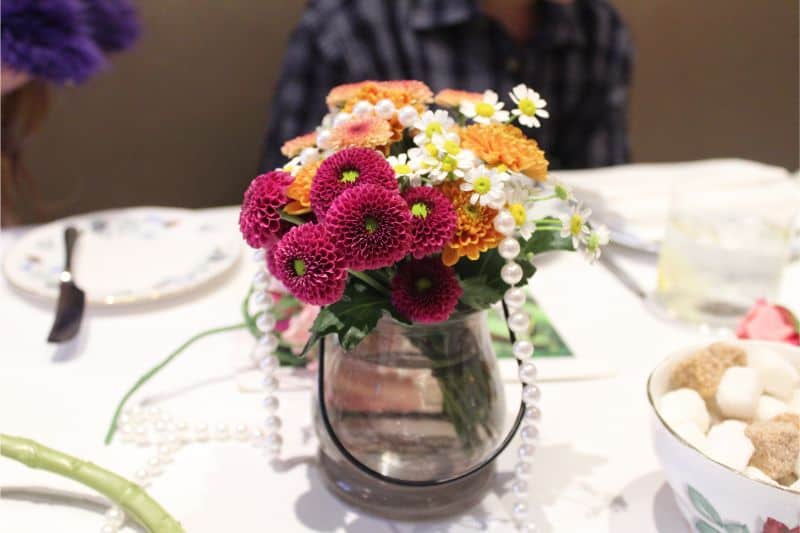 It’s clearly a special occasion tea and everyone was happily taking photos and celebrating birthdays and anniversaries.  It’s a perfect place for a children’s afternoon tea – their eyes lit up when they saw the table, but went huge like saucers when the food began arriving! 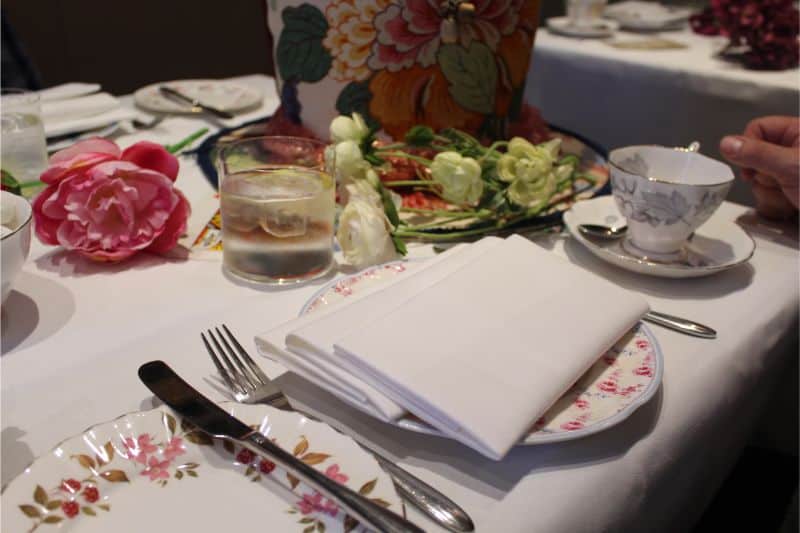 To begin with, naturally, we had sandwiches. These were cut in finger style but were much larger than usual with plenty of (quite delicious!) filling. I particularly enjoyed the coronation chicken, while Miss H liked the tuna. There were also cheese and tomato and cucumber sandwiches too. Later on we were offered more sandwiches, but there really was such a cornucopia of food, we had to refuse! 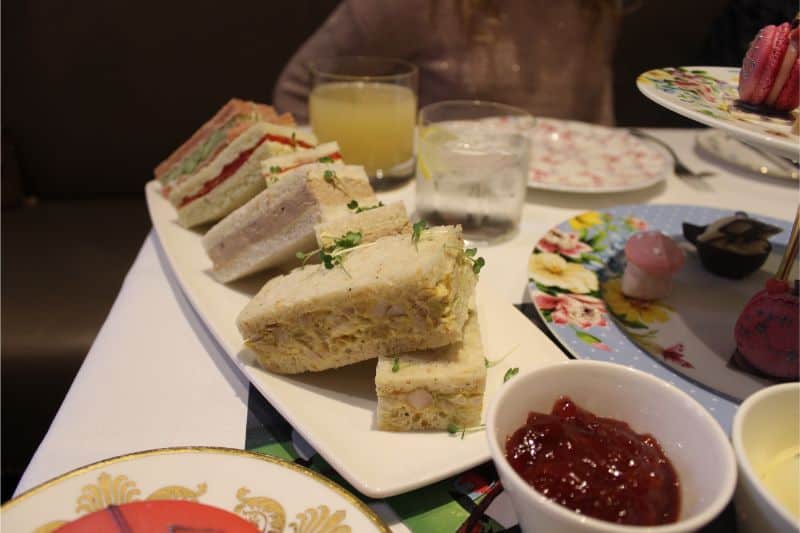 After the sandwiches came the scones course. Again here was more abundance with three scones each, plain, fruit and chocolate scones. These were served with strawberry jam (homemade, a lovely touch!) And an ice cream scoop of clotted cream, decorated with a tiny edible purple viola. 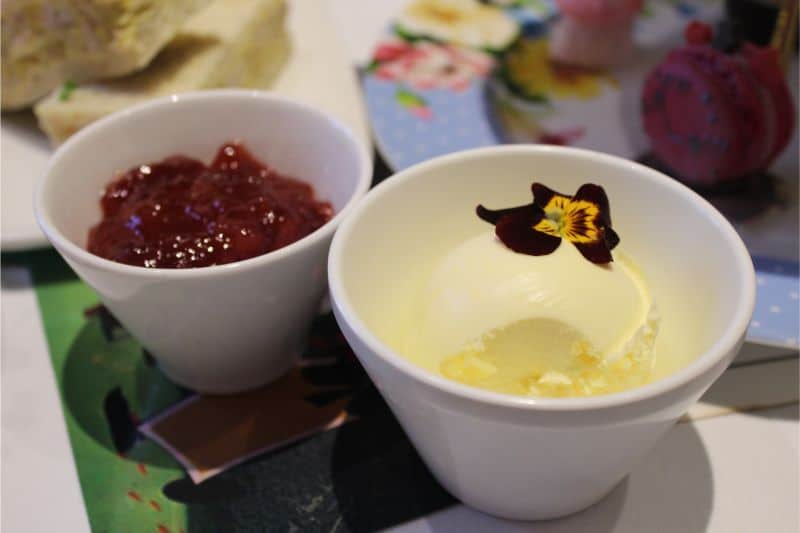 There were four glass jars of a yoghurty strawberry drink, with a small slab of chocolate on top instructing us to ‘Drink me’. 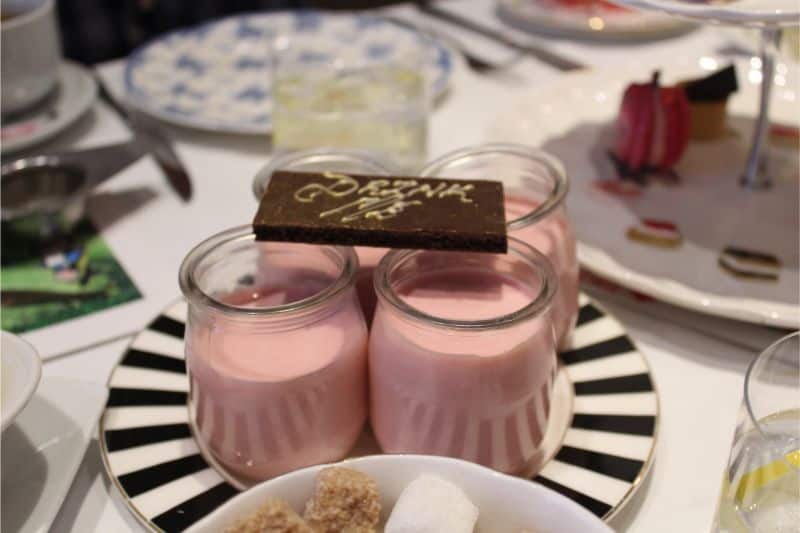 Just look at how cute this is! 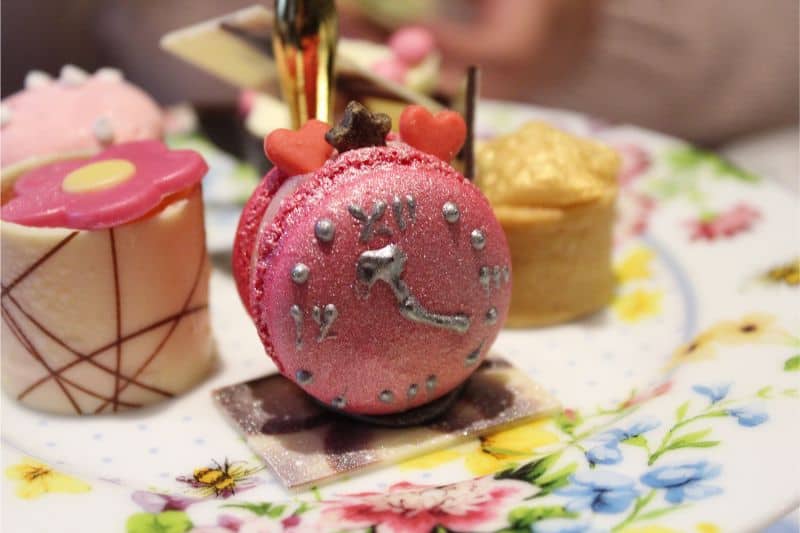 There was also a pretty Victoria sponge with a white chocolate rose. 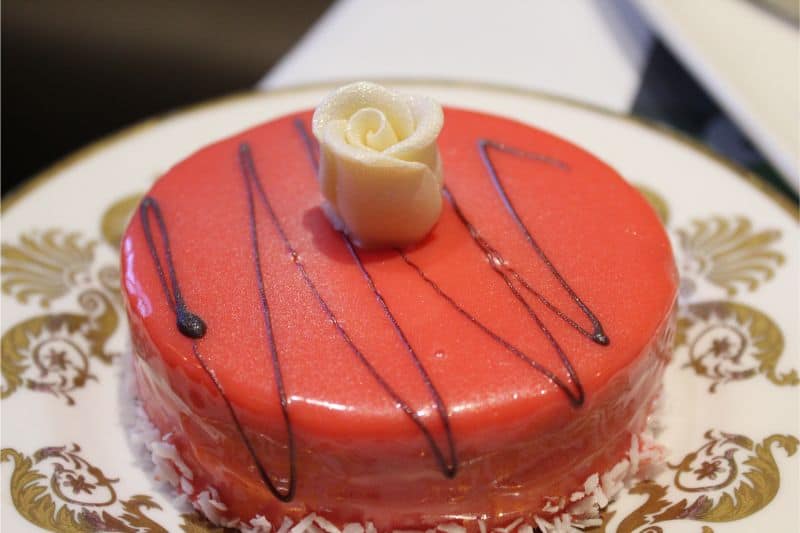 The Alice Tea Party in Wonderland is a feast for the eyes as well as the taste-buds!  It’s a truly stunning afternoon tea and was a very memorable treat for the children.  They start serving afternoon tea at 12.30 which was ideal for us as afterwards we were heading off to see the matinee performance of Wicked the Musical, which is showing at the Apollo Victoria, just a few minutes walk away from the Taj. 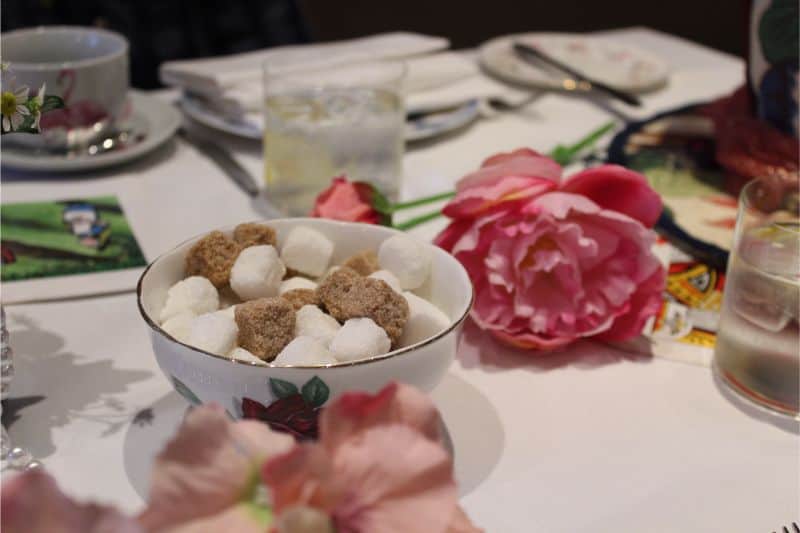 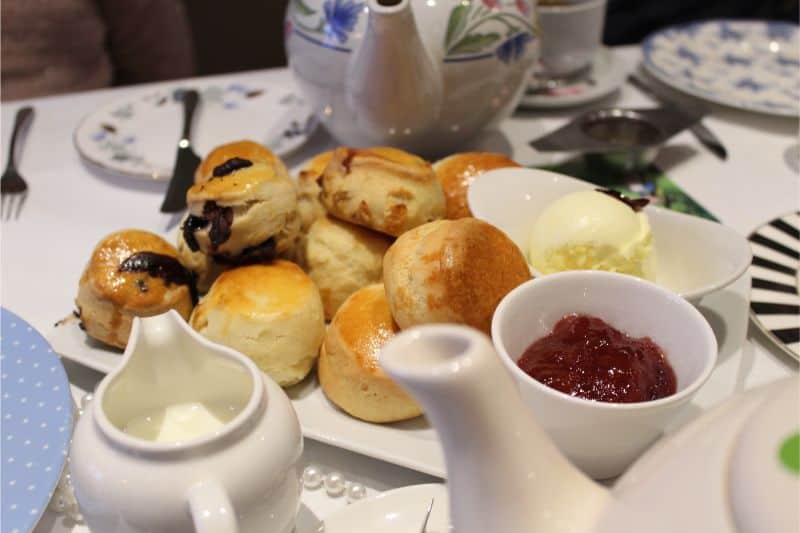 Taj, 51 Buckingham Gate invited us to visit and review the Alice Tea Party in Wonderland.  As always, all opinions expressed are my own.

2 thoughts on “Alice in Wonderland Afternoon Tea at the Taj, 51 Buckingham Gate, London”