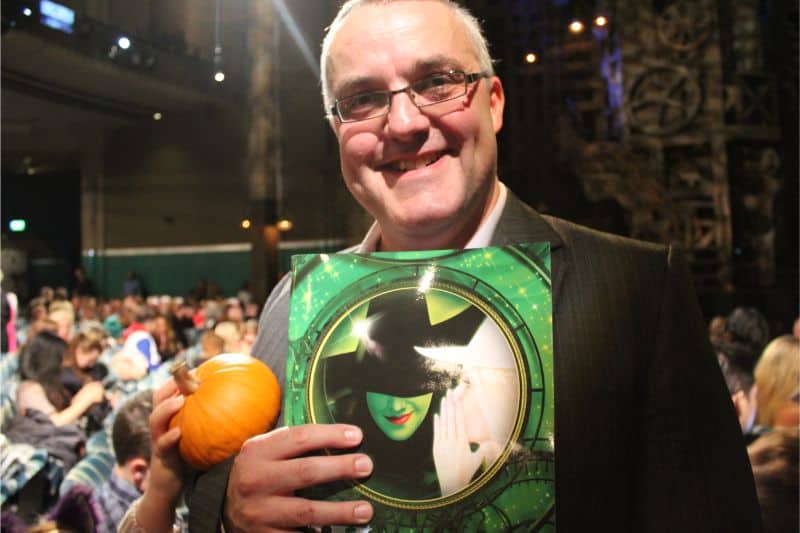 Wicked the Musical in London, Review – We recently had a lovely, luxurious family weekend away in London.  We sampled the magnificent Alice in Wonderland afternoon tea at Taj, 51 Buckingham Gate and stayed in a plush family suite at St James’ Court, a Taj Hotel.  One of the real highlights of our stay though was going along to the matinee performance of Wicked the Musical at The Apollo Victoria Theatre.  Another great hotel nearby is the Georgian House Hotel. 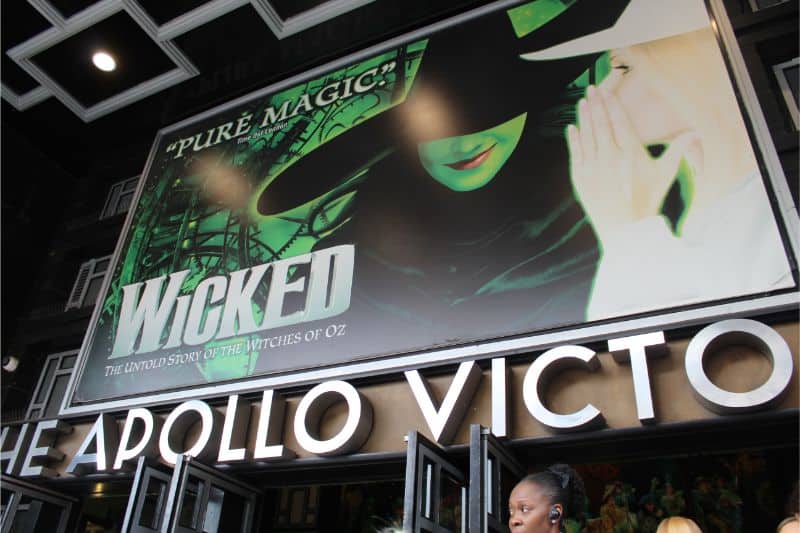 To begin with, do try and arrive early as there are queues to get into the theatre while tickets are checked and bags are searched.  There are two entrances, one on Vauxhall Bridge Road and the other on Wilton Road.  We originally went to Vauxhall Bridge Road, but realised that we needed to be at Wilton Road so we could collect tickets from the Box Office.  I mention it so if you are in the same situation, it might save you a few minutes.  (We are not best known for our timekeeping!). 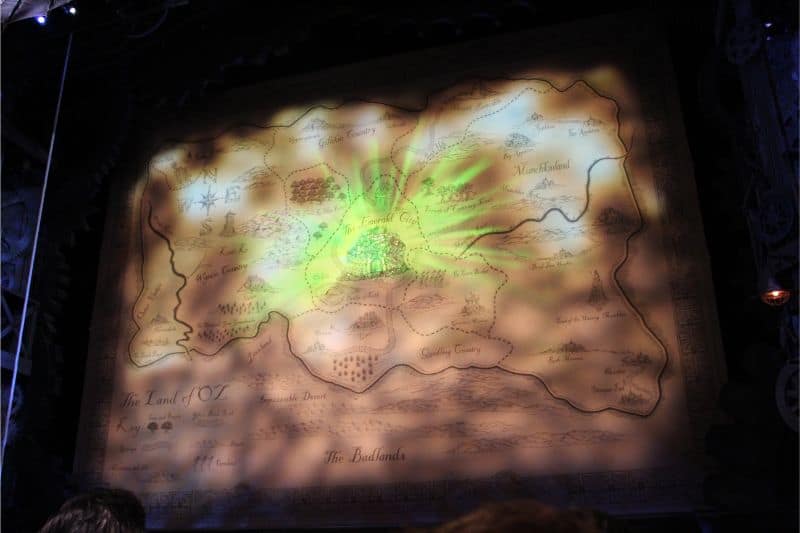 Once inside we could relax and enjoy the beauty of this Art Deco theatre.  There was a lovely hubbub of voices, with everyone excited for the curtain to rise.  There were lots of other children in there too which was nice for our two as they felt at home. 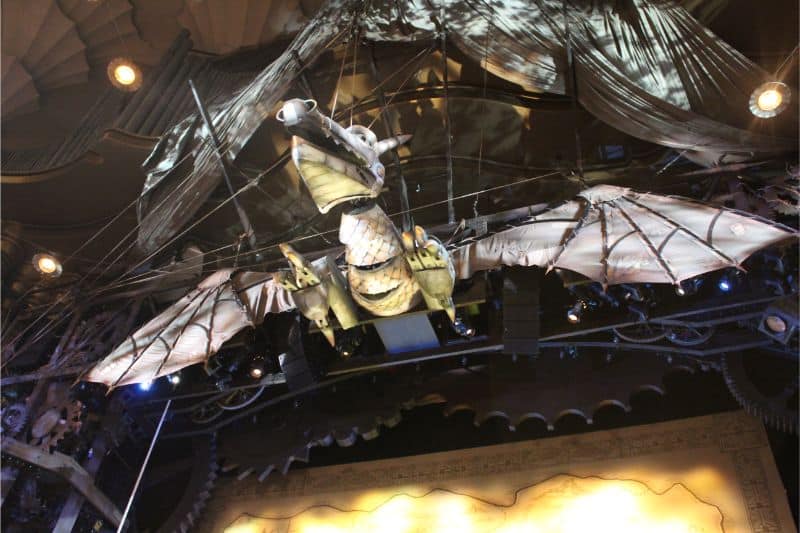 Taking Kids to see Wicked the Musical in London

As soon as Wicked started the kids were mesmerised!  The sets are absolutely stunning, with amazing lighting and lots of sparkle!  You can really tell the difference between a permanent and touring performance, with so much more being able to be done with the sets.  The costumes were equally stunning, with even more glitter and sparkle.  But of course, the real stand out part of the performance was the singing.  I love the songs from Wicked and the singers all had magnificently big voices! 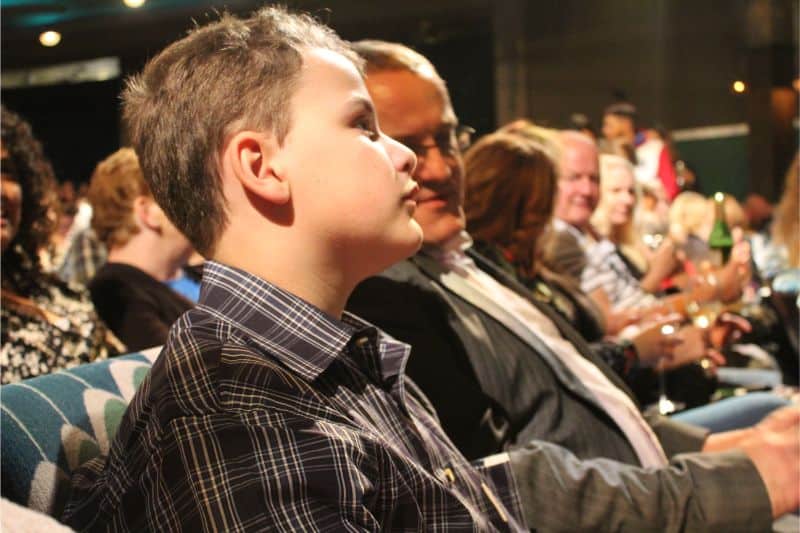 At the end of the first half, at the climax of Defying Gravity I had some serious goosebumps!  It’s such a big song and it was so well done, I felt positively emotional at the end!  The children loved it too.  I was glad that we’d chosen the matinee performance as they were quite tired at the end but they thought it was fabulous.  There was a younger boy in front of me that was clearly entranced.  When something bad happened towards the end (I won’t say for fear of spoilers) he shouted ‘no!’ and almost leaped out of his seat.  He was happy at the end though I am pleased to say!

Going to see their first West End show was a really big deal for us as a family and something we will always remember it!

We were invited to visit and review Wicked, but as always, all opinions expressed are my own.