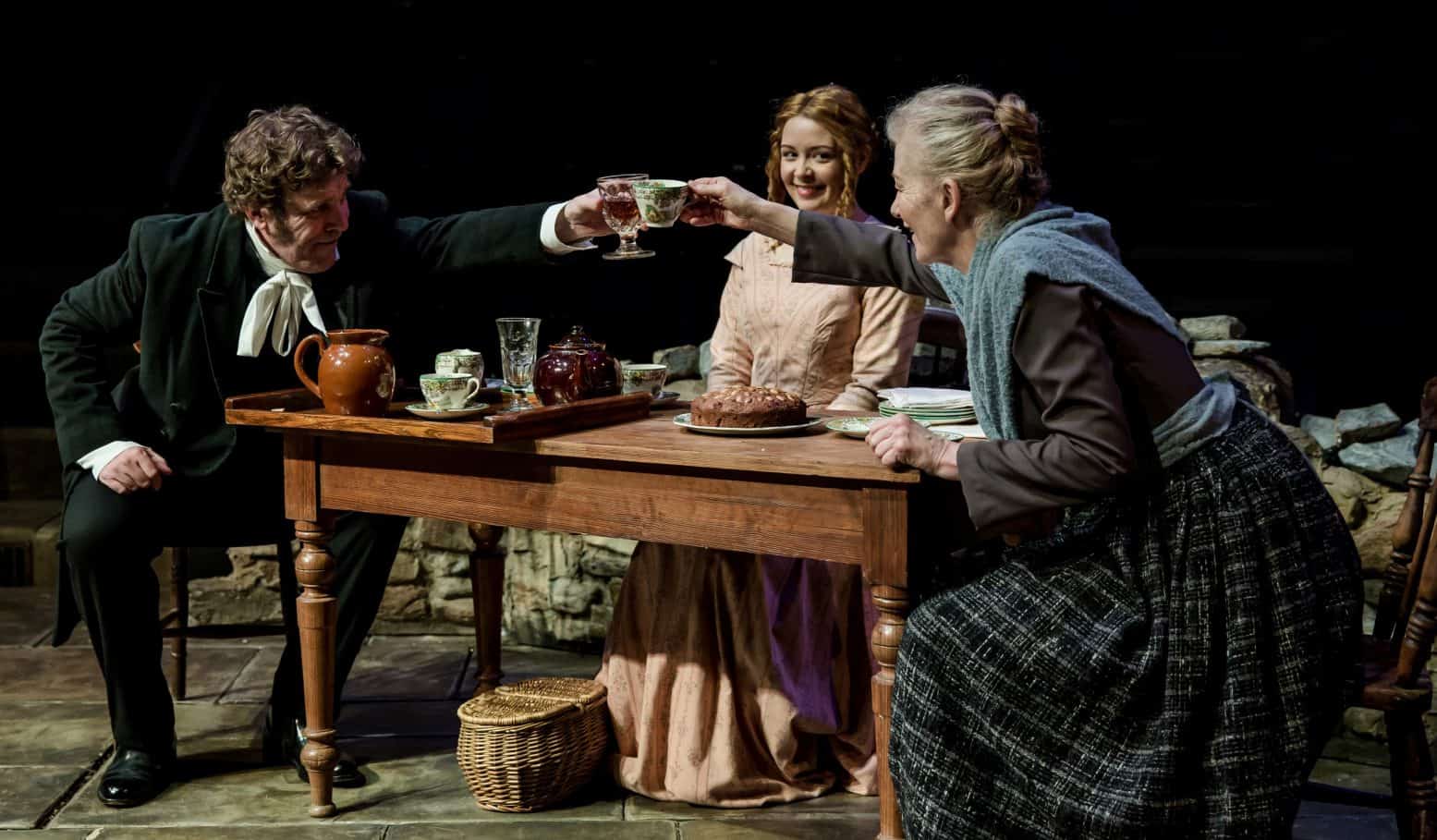 Last night I visited the York Theatre Royal for the opening night of The Tenant of Wildfell Hall.  It’s the first time I have been since the theatre reopened after the renovations last year and it looked fabulous!  I’ve been going to the Theatre Royal since I was very small when we used to visit the annual Christmas panto – and I still love pantos!

Written by Anne Bronte it’s a lesser known novel by the Bronte sisters but somewhat unfairly I think.  It has all the passion and grit of Wuthering Heights, combined with the strength and feeling of Jane Eyre.

The play follows the story of the mysterious and reticent Helen Graham who moves into the old and almost derelict Wildfell Hall, causing much talk and speculation in the village regarding her background and character.  A young farmer, Markham, takes an interest in her that gradually deepens into something else that can never come to fruition because of the secrets in Helen’s past.

The cast was excellent, I especially warmed to the good humoured but domestically exploited Rose, who is expected to wait upon her brother and anyone else who enters the house, but bears it with remarkably good grace.  I also loved the (awful) vicar with his penchant for ale, and Markham’s doting mother.

The Tenant of Wildfell Hall is on at the York Theatre Royal until the 6th of May, so plenty of time to get tickets.

My advice would be to take a warm jumper with you – there was a chill wind blowing off the moors last night.  Made for an appropriate atmosphere, but we were a bit cold!

THE TENANT OF WILDFELL HALL

(No performances Sundays or Mondays)

The York Theatre Royal kindly invited us to attend, but as always the views and opinions are my own.