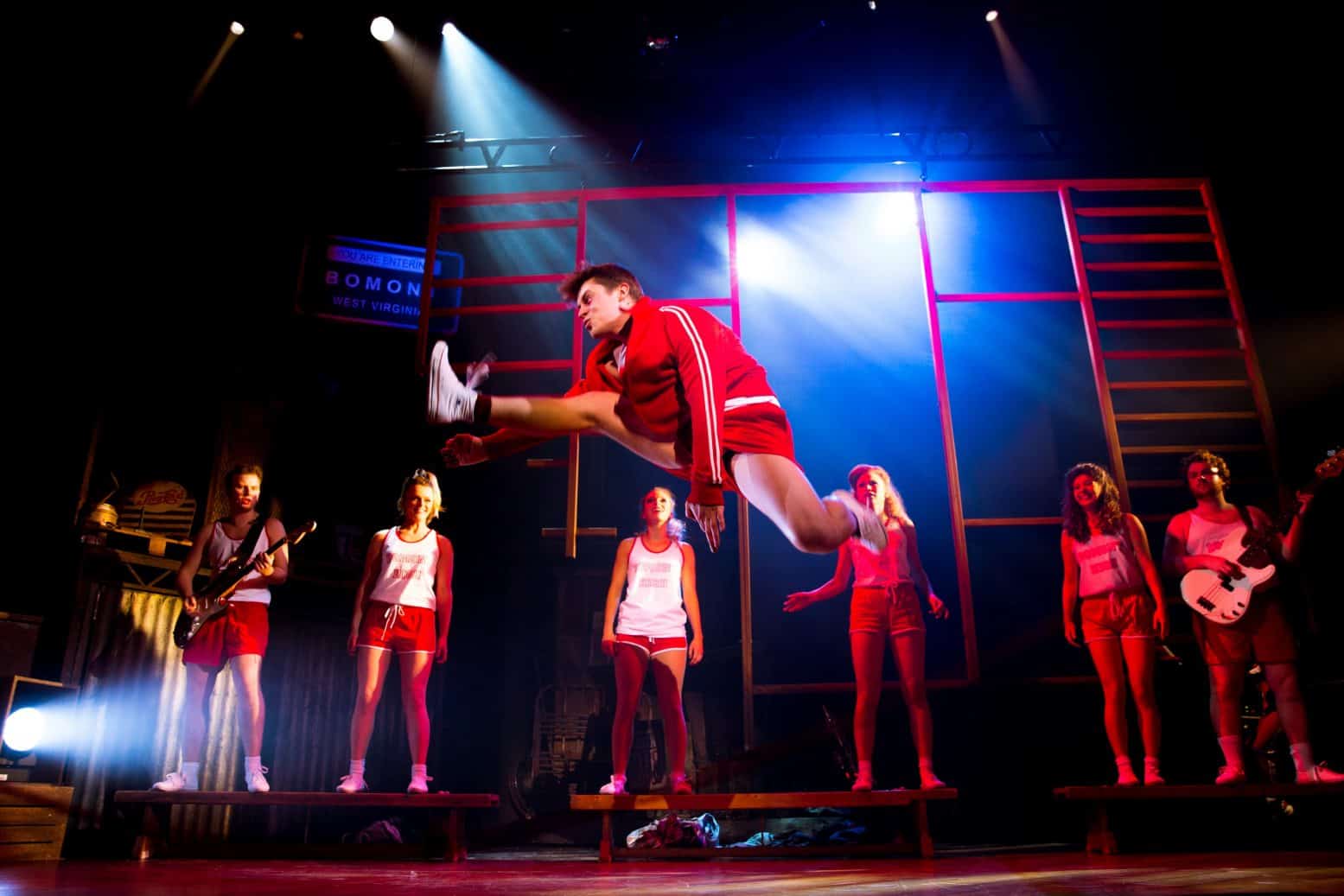 What a brilliant, high energy show Footloose the Musical on tour is!  We went last night to the opening show at The Grand Opera House in York, and had a ball!  It was action packed right from the start with lots of songs I knew and could wiggle in my seat to!  All of the cast were great, amazing dancers.  I have no idea how they manage that amount of energy and enthusiasm throughout the evening – but they do and the audience loved it.

Talking about the audience – there was a very clear demographic in the theatre – the majority of theatre goers there were women.  It made for a great party atmosphere.  I loved the reactions of the audience as much as the show (well, maybe not as much – but you get my drift).  There were lots of ‘oohs and ahhs’ at times.  Particularly during a memorable scene with Gareth Gates (I won’t spoil it for you.  Let’s just say, ‘gold hot-pants’ and leave it at that).  For that scene, the ‘oohs’ signified, shock, mild scandalisation (is that a word?) and then, ultimately, appreciation!

It has to be said – Gareth Gates was very funny.  Who knew, right?!  We loved him, as did lots of the people I spoke to during the interval (yes, that’s me, the one always starting conversations in the loo with people I don’t know!).

Footloose the Musical on Tour

The cast received a standing ovation and then the audience happily stood dancing in their seats for the finale dance.  We were buzzing as we emerged into the streets of York, where a happy throng gathered around the stage door waiting for a glimpse (ok, selfie) with Mr Gates himself.  In fact, an old friend of mind posted this picture of his daughter this morning on my Facebook so I wanted to share.  This is Cassie and she is 11!  There were a few younger audience members there, which is always great to see!

Footloose is on at the Grand Opera House, York until Saturday.  We loved it – catch it if you can!

We were invited to see and review the show but all views and opinions (as ever!) are my own.

Gareth Gates will not appear in Chester