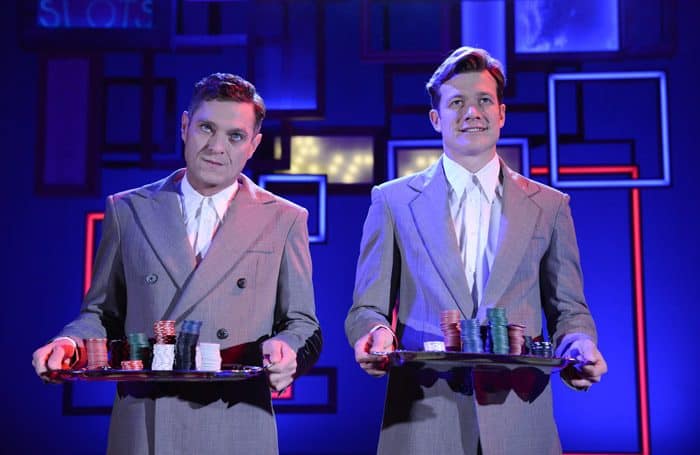 As children of the 80s we were looking forward to seeing the stage adaptation of one of the most iconic films of the era, especially as it turns out I haven’t actually seen it all the way through.
If you know nothing about Rain Man where have you been? In brief, self-centred Charlie Babbitt discovers he has a long-lost brother, Raymond, who has inherited the family fortune. He takes Raymond, an autistic savant with a genius for numbers from the institution in order to use him to get ‘what’s his’. What a guy!

We entered the stalls to an 80s soundtrack which suitably set the tone for the evening.

As the curtain raised we were introduced to Charlie and his ridiculously high-waisted trousers.  Self-centred, greedy, cold-hearted and frankly a bit of an arse; Downton Abbey’s Ed Speleers played the character to perfection. The first half had me eye rolling in annoyance at pretty much everything he said and did. This is purely down to acting skills I’m sure. 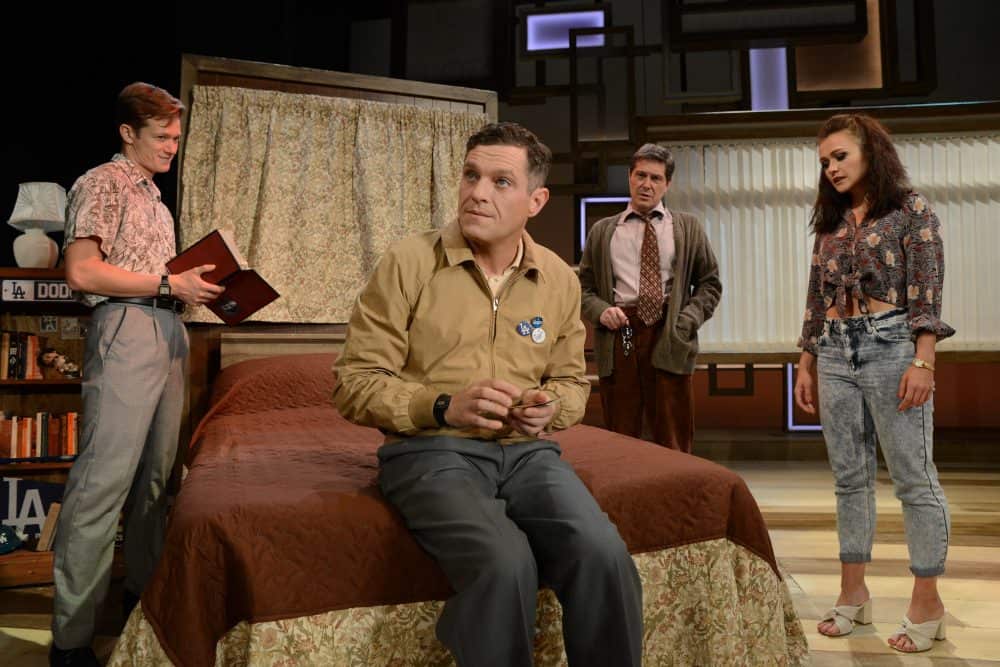 Mathew Horne’s portrayal of Raymond was sympathetic and heartfelt. He was endearing, you felt for him and completely understood the fear and agitation he went through when faced with a change in routine. Given that the film relied a fair bit on close ups of tiny nuances to create that with Raymond, to successfully portray it on a large stage is no mean feat.  The cast was small but perfectly formed. Elizabeth Carter played Charlie’s long suffering, kind-hearted girlfriend Susan beautifully. Her teaching Raymond to kiss was, for me, one of the most touching moments in the play.

The attention to detail was spot on, from the costumes to the set designs, to the soundtrack. Though at a couple of points the ‘buzzing’ of Raymond’s TV was a little distracting – but then maybe that was the point…  The songs that were played during set changes perfectly set the tone for the upcoming scene.

Whilst the first half was spent frustrated that Charlie was treating his brother so badly, for his own greed, the second half we warmed to him and watched as the love for his brother became real and more important than money.

The Grand is an old theatre and, as the final scene played out, there was silence in the auditorium except for the creaking of chairs as pretty much everyone in the theatre shifted in their seats in order that no one else saw them shed a tear.

Horne and Speleers played the brothers so convincingly that by the end we felt as though we had truly watched their relationship grow.  Whether you’ve seen the film or not, I would definitely recommend going to watch Rain Man.   It’s nostalgic and heart warming – a great night out.   I am also reliably informed that the play is very true to the film if that’s your thing.

This review was kindly written for us by Anna Goldthorpe, writer of the excellent blog Me, Annie Bee. 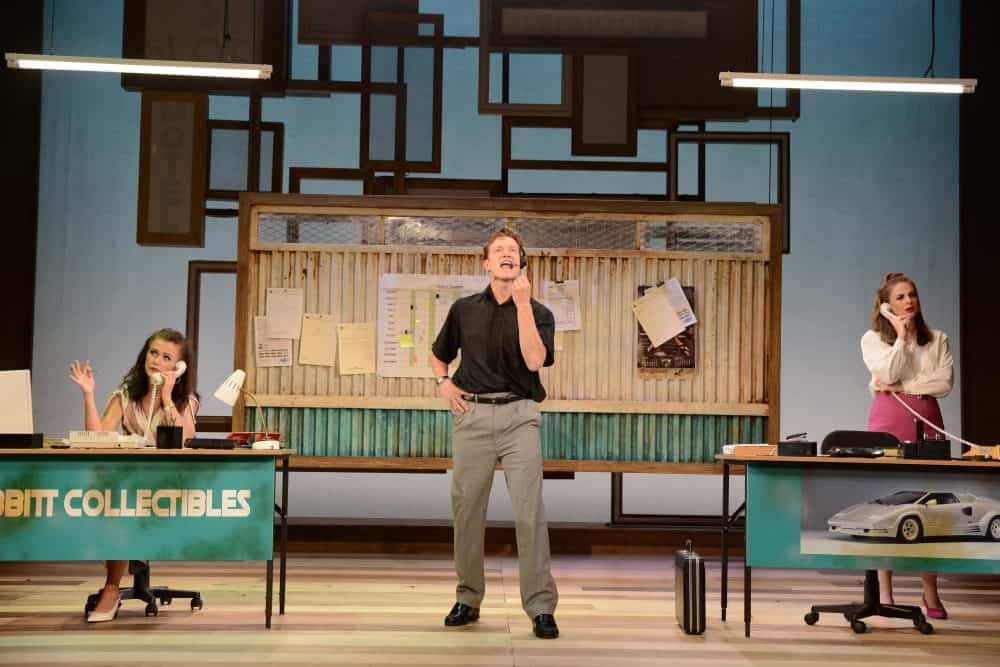 When self-centred salesman Charlie Babbitt discovers that his long-lost brother Raymond, an autistic savant with a genius for numbers, has inherited the family fortune; he sets out to get ‘his half’. Charlie ‘borrows’ Raymond from the institution where he has spent most of his life and the two brothers embark on a trip across America where Charlie soon discovers that Raymond is worth more than he could have ever imagined.