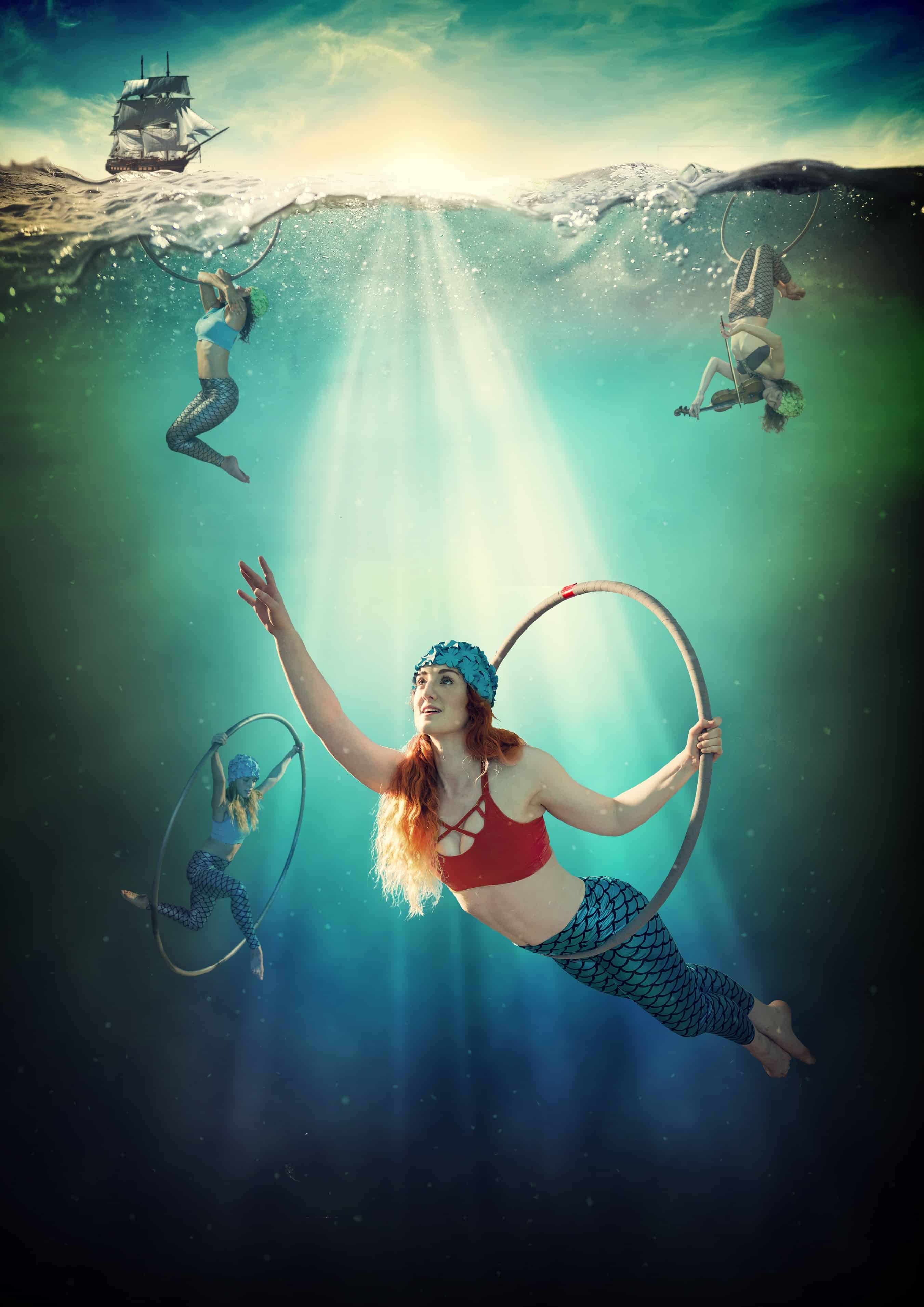 What an amazing and spectacular performance.  The show was only 70 minutes long with no intervals and I must say I thought this timing was absolutely perfect.  The story was told simply in such and original and exciting way.  All the music was performed live on stage as part of the story including at one point a violin being played upside down from a suspended hoop.  My favourite was the acrobatics.  The agility and strength of the performers was just wonderful to watch and offered such a variety of different circus skills, my children have never seen anything like it before and it is just fantastic for all to enjoy.   The audience was of mixed ages, and would be most enjoyable to all of the family.  My fourteen year old son thought the acrobatics were amazing and he thoroughly enjoyed the whole theatre experience.

This production is only on until Saturday 7 April, so you will have to be quick so you don’t miss seeing it, please contact the box office at York Theatre Royal for tickets.

Many thanks to Teresa Buckle for reviewing The Little Mermaid at York Theatre Royal.

More information about The Little Mermaid at York Theatre Royal

The award-winning Metta Theatre use spectacular circus and original live music in a new uplifting version of one of literature’s best-loved stories Little Mermaid.

Artistic Directors Poppy Burton-Morgan and William Reynolds – the creative team behind Metta’s hit Jungle Book – this time join with composer Matt Devereaux for a new version of Hans Christian Andersen’s story that will enchant everyone from 8 to 108.

Burton-Morgan’s radical feminist re-imagining sees Andersen’s classic fable transposed to the 1950s, when the only thing more rigid than the girdles are the gender norms. Beneath the waves, though, another world awaits those brave enough to dive in; a world of gender fluidity and fluctuating identities.

While the Little Mermaid longs to rise and glimpse the world of man, the Prince longs to escape the rigidity of his world for the unknown depths beneath the waves.

Metta Theatre combine circus, new writing and physical theatre forms to make challenging and richly layered work. Known for their powerful visual storytelling and exploration of stories from a female perspective, Little Mermaid continues this legacy with another predominantly female cast made up of some of the country’s leading circus artists and actor musicians.

Add to this designer William Reynolds’ trademark minimalism and the picture perfect 1950s swimwear of Loren Elstein (Rosencrantz & Guildenstern Are Dead, Old Vic; Rent, St James & UK tour) and you have a production as visually stunning as it is politically provocative.