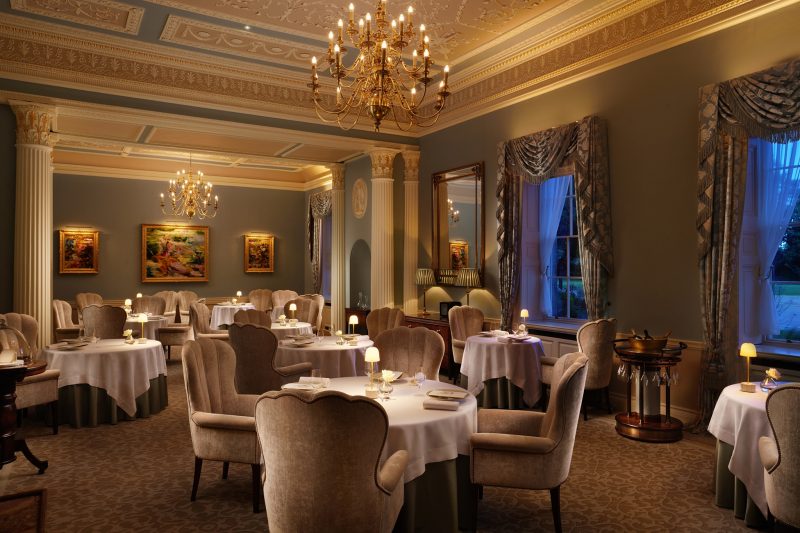 Michelin Star Restaurants Yorkshire – there are seven Michelin starred restaurants in Yorkshire.  We are very lucky to have so many in our county and they are all very different from one another.

Here is the list of all seven Michelin Restaurants in Yorkshire.

The first one gets a special mention as it’s so close to where we live:

The Pipe and Glass at South Dalton, East Yorkshire

The Pipe and Glass is the only Michelin starred restaurant in East Yorkshire, and the one closest to us.

“It took less than four years for the Pipe and Glass to be awarded a Michelin Star, an accolade it holds to this day. It’s also won numerous other awards, including The Good Pub Guide’s National Dining Pub of the Year for 2015, and was placed at number four in the national Morning Advertiser/Budweiser Budvar Top 50 Gastropubs Awards for 2013 and 2014, and at number three in 2015.”

Set in a characterful nineteenth century building on Marygate, Roots was opened in 2018 by chef director Tommy Banks and restaurateur Matthew Lockwood, to bring a taste of Oldstead to the city.

Offering just one menu, a tasting menu, allows us to showcase a constantly evolving palate of produce grown on the Banks family’s twenty-acre farm and three-acre garden. Our unique dining experience is an intimate reflection of the evolution of our Oldstead ‘roots’, with dishes nodding to the past, and some brand new creations too.”

A good friend of mine recently visited and reviewed Roots.

The Star Inn Restaurant is currently closed due to a fire, but still retains their Michelin Star.

“Situated just outside Helmsley on the edge of the North Yorkshire Moors, The Star Inn is essentially an Inn with Rooms serving ‘modern Yorkshire’ food made primarily from locally-sourced seasonal ingredients, such as local game, North Sea fish and fresh herbs from its own kitchen garden.

Wines and beers are carefully selected to compliment the dining menu, whilst service is knowledgeable, but friendly. Add to this the atmosphere of an Inn with hospitality steeped into its very timbers for a proper Star treat.” 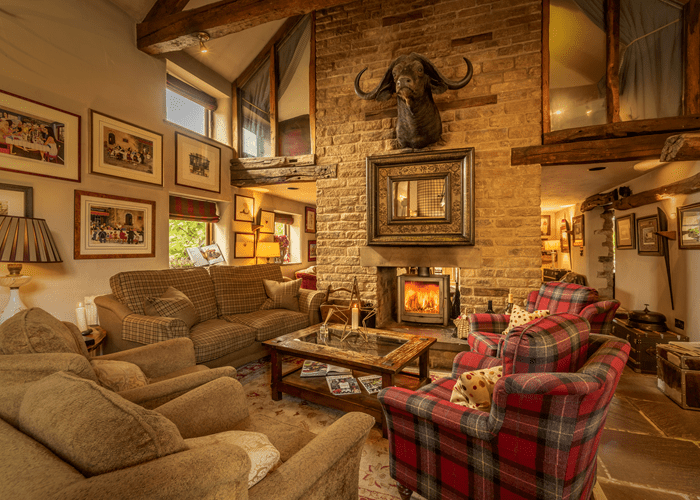 The Angel at Hetton near Skipton

The Angel Inn at Hetton is widely regarded as the UK’s original gastropub. The ancient inn has origins which date back to the 15th century, forming the basis of hundreds of years of delicious dining and drinking history. In recent years it has held the reputation of being the destination establishment, in one of the most exquisite corners of the North Yorkshire Dales. Famous for its food as well as its warm, welcoming atmosphere – it has maintained a strong following among locals as well as with customers from all over the world.

The Angel’s fortunes took an exciting turn in September 2018 with the arrival of a new management team. At the helm is chef patron Michael Wignall. Michael and his wife Johanna have a vision to keep everything that the Angel was famous for; fantastic food, a warm welcome and a deep connection with the dramatic Yorkshire landscape – and make it outstanding. 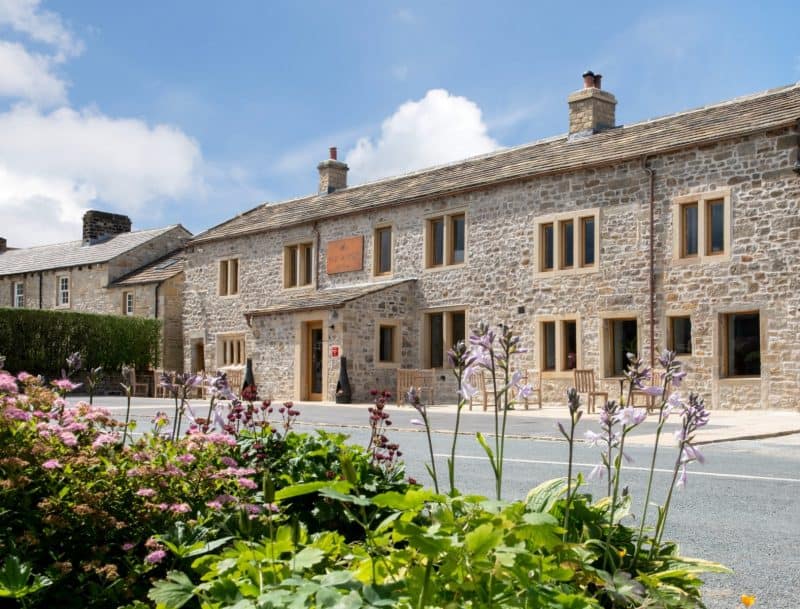 “For us at The Black Swan, it’s much more than just Michelin Star food.

Set within the incredible landscapes of the North York Moors National Park, The Black Swan is a Michelin-starred, 4 AA Rosette restaurant with AA 5* rooms by chef Tommy Banks.

Stylishly grounded in tradition and culture yet cut through with a modern, exuberant creativity, The Black Swan is dynamic with a truly creative and innovative team. Our tasting menu is an intimate reflection of our character, our place and our lives, which is in essence “Oldstead now” – developing new ideas from a constantly refreshed palate of produce which we grow and forage ourselves.” 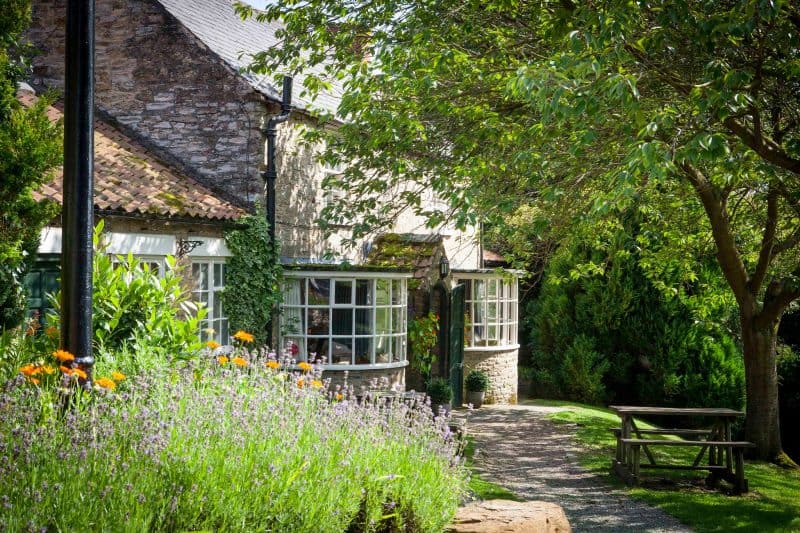 The Man Behind the Curtain, Leeds, West Yorkshire

The only Michelin starred restaurant in West Yorkshire.

“The Man Behind The Curtain is more than a restaurant for me. It is where I am able to express myself with flavour and aesthetic. The cuisine is my couture, bold in flavour with inspiration from around the world. Brutalist in design, yet fun.” Taken from The Man Behind the Curtain’s website. 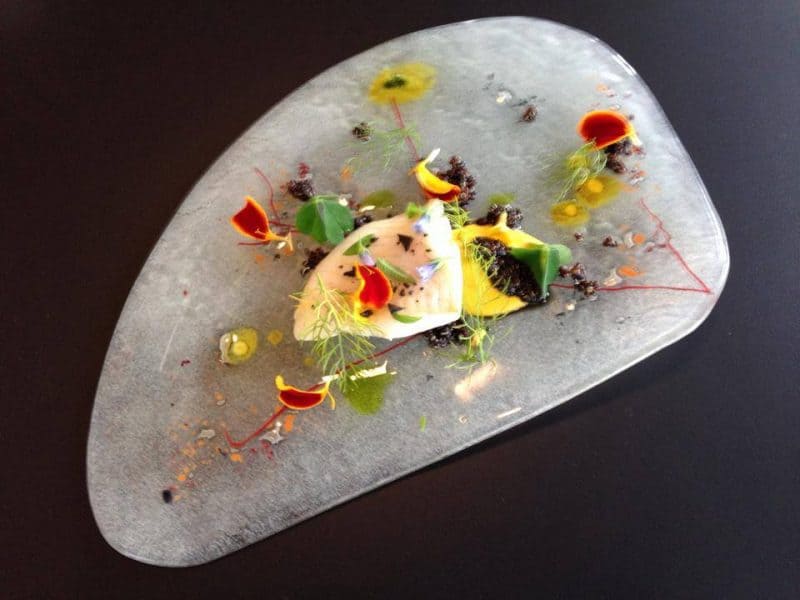 “Originally from Yorkshire, Shaun Rankin honed his skills at The Mayfair Hotel in London and attended the Thames Valley University at Slough. Shaun’s love of the sea then took him to the Channel Islands where he spent the majority his career residing in Jersey.

Following his success in Jersey, Shaun returned to London where he opened Ormer Mayfair, as well as the restaurant at 12 Hay Hill, also located in London’s Mayfair.

Shaun has made numerous TV appearances including 2017 Masterchef UK when Ormer Mayfair was featured as a location for the programme.” 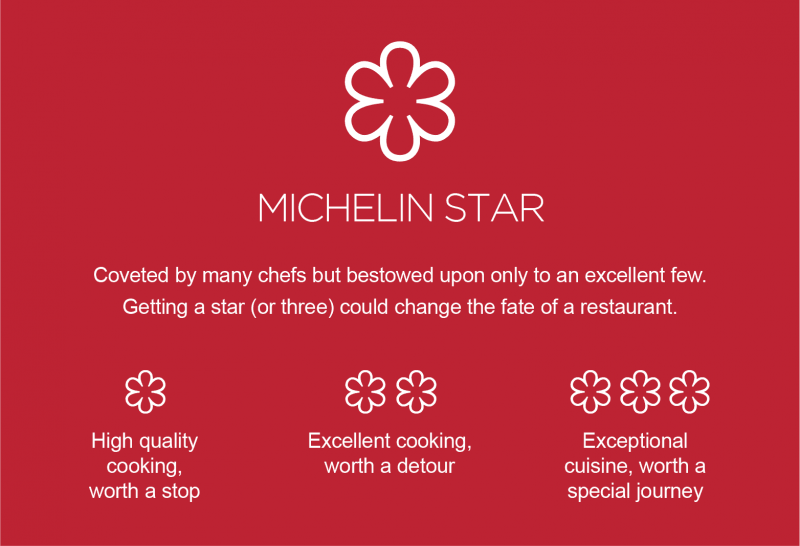