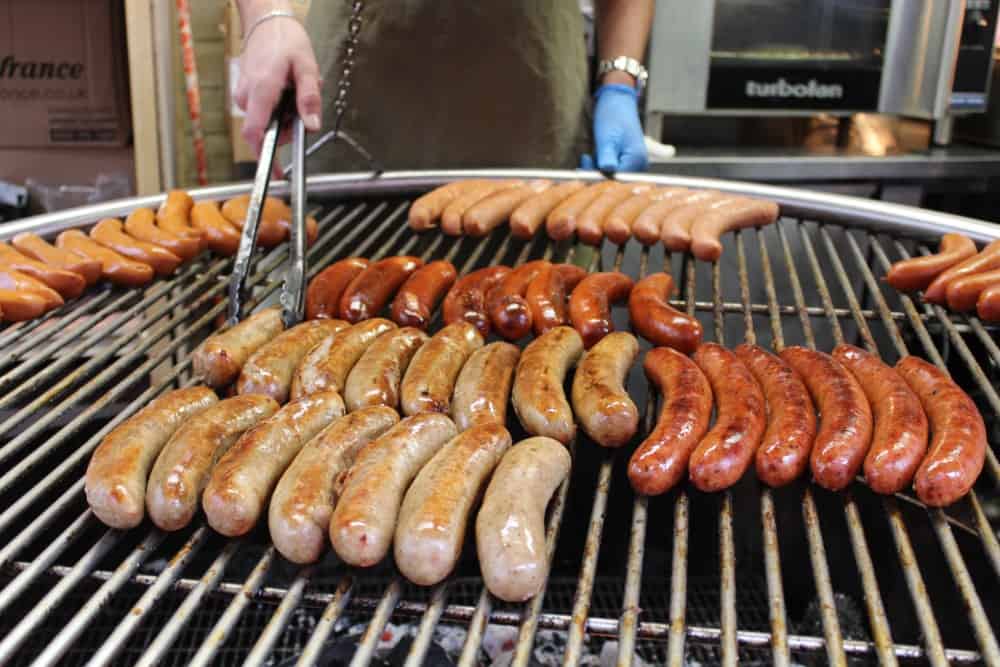 York Restaurant Week UK – Ooh I am rather excited about this!  This year York (the one in England!) will see it’s own Restaurant Week.  There will be over 40 restaurants taking part with set menus at £10, £15 and £20 each.  It will be a great way of trying something new.

For example Pairings on Castlegate are offering a selection of three meats and cheeses, as well as a drink (wine, beer or soft drink) for £10.  We visited recently and had a fabulous experience.  You can read all about our wine and food experience at Pairings here.

The Caribbean restaurant, Turtle Bay are offering three courses for £15.  In the £20 category come the likes of the Grand Afternoon Tea at The Grand Hotel or a three course meal available on a Saturday night from the Chopping Block at Walmgate Ale House.  There are lots of other deals that are making me hungry just looking at them.  They do have conditions attached such as when the deal is available etc but on the whole there are some fabulous deals to be had.  You can see all the deals on the dedicated York Restaurant Week website.

York Restaurant Week is organised by York Business Improvement District (York BID), and was set up to drive footfall into some of the city centre’s finest dining establishments during a quieter time of year. The initiative is being spearheaded by business support executive, Chris Bush.

“We know that York’s city centre has real peaks and troughs throughout the tourism calendar, but the quieter times are fantastic for those living in York and the surrounding towns and villages to make best use of the city centre – and that includes enjoying the hospitality and food provided by a plethora of restaurants,” says Chris. “Food critic Giles Coren recently declared that York is the capital of the food universe, and we’re keen to encourage locals to experience the wide range of cuisines on offer through these fixed price deals.”

Indeed, participating restaurants are hoping that diners will step outside of their traditional comfort zone and try something new during York Restaurant Week. “We all have our favourite restaurants to which we return time and time again, so this is a great way of trying something different – whether for a quick lunchtime bite, romantic dinner or a social occasion with friends,” adds Chris. “With the Park & Ride services now running until late in the evening, this is a great opportunity for those who work in the city to stay around a little longer and let someone else take the strain of cooking dinner before heading home!”

Tim Sinclair, Director of Ambiente Tapas said, “We are really looking forward to the first Restaurant Week in York & appreciate the fantastic opportunity it gives us to introduce our offer to new customers. Having been involved with similar initiatives in Leeds we are confident that it will be a big success with York’s foodies.”

To take advantage of the offers, diners register for the offer they would like at www.yorkrestaurantweek.co.uk, where they can find details of all participating restaurants and fixed price menus.

York Business Improvement District has revealed the planned date for York’s first Restaurant Week. From 1 – 7 April 2019, a host of city centre restaurants are expected to offer diners a host of special fixed price menus to entice them through the doors.

“We had a good response to our initial survey asking what restaurateurs and managers would want from York Restaurant Week, and we’ve now opened applications for any city-centre venue wishing to take part,” comments Chris Bush, business support executive for York BID, who is co-ordinating the initiative.

The BID team is hoping that York Restaurant Week will encourage people living in York and surrounding villages to try something new from York’s thriving restaurant scene. “We all have our favourite restaurants, and often people return to the same ones time and time again, missing out on the other exciting dining options available within walking distance. The participating restaurants are keen to showcase their food and ambience, with some great offers to tempt first time visitors in, and encourage them to return with friends and family.”

The first York Restaurant Week will exclusively feature city centre restaurants, though there is a possibility of extending the scheme in the future. “Our role is to support businesses in the city centre paying the BID levy, and with such a wide range of food outlets – from fast-food and street food to fine dining – within the BID area, we’re confident that participants will be able to cater for just about any taste or dietary preference,” adds Chris. “We have already been approached by a few businesses outside the area who are interested, so if we can make 2019 a success, we may be able to extend it in the future.”

If you are looking for York Restaurant ideas, have a look here.