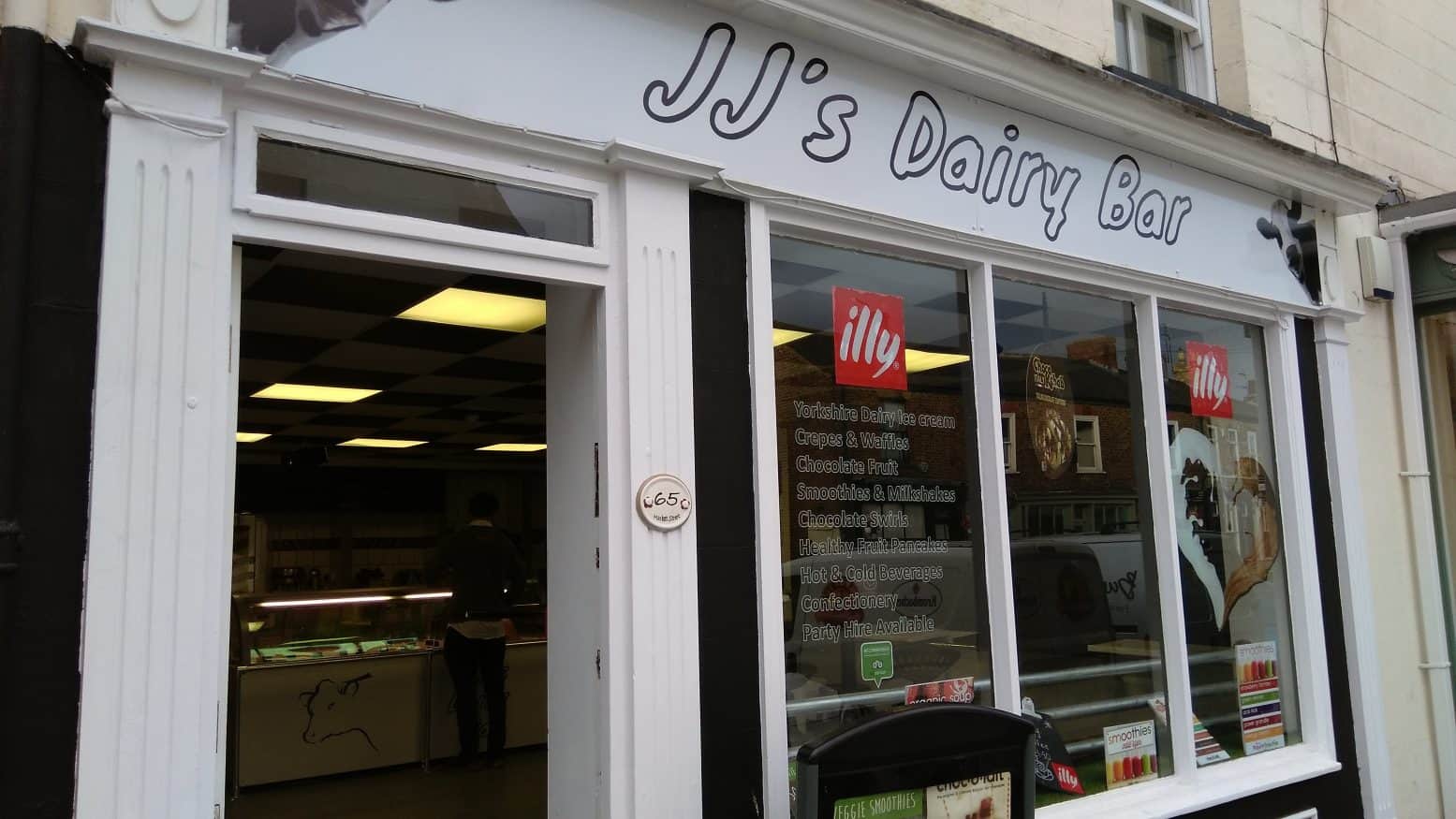 In my younger days I worked in an ice cream parlour in California. There are not many Yorkshire lasses that can say that! It was in San Jose (like the ‘do you know the way?’ song). I love ice cream, so it was a dream job for me!

It’s been a scorcher this week so I treated Master T and his friend to an ice cream from the newly opened JJ’s Dairy Bar in Pocklington. The décor is a mix of utilitarian and shabby chic. I think over time when the shelves fill up it will feel less sparse, and I love the vintage feel to it.

The man serving behind the counter (possibly the owner?) was very friendly and generous with his scoops. We had to choose a cone, ice cream flavour, toppings and sauce. Master T chose banana ice cream with toffee chunks and vanilla sauce.

There were lots of different flavours of ice cream including mint choc chip, marzipan, bubblegum, and (my favourite) chocolate orange. Apparently they have nearly sold out of the Champagne Sorbet which says a lot about the upmarket tastes in Pocklington these days I think!

As well as ice cream JJ’s also do milkshakes and smoothies. I would particularly like to try the Belgian Waffle, I could smell the waffles as soon as we walked in and the aroma reminded me of days at the seaside.

I loved the milk churn stools – thought that was a very cool touch. Master T liked spinning on his!

JJ’s is so new it does not have a website yet, but you can find them on Facebook.  For both boys’ ice creams it cost me £3.40.

While on the subject of ice cream, I love this post on Italian Gelato flavours from Mammaprada.