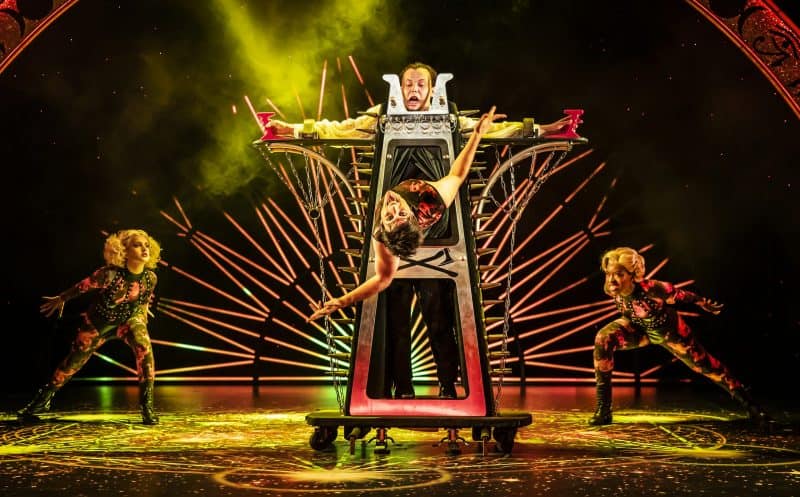 I spent a lot of my teens enthralled by the dark comedy, gore and illusion of magic legends Penn and Teller and I’ve spent the last few years crying laughing at the comedy genius that Mischief. So I had no doubt that the collaboration between the two in the form of Magic Goes Wrong at Leeds Grand Theatre was going to be anything other than wonderful.

We spend the evening at the Disasters in Magic Charity Fundraiser – hosted by Sophisticato in honour of his late father and others who have died in tragic magic related (directly or indirectly) circumstance. Throughout the night we are ‘wowed’ by mind magic, illusion, danger, Derren Brown and the  sawing of a lady in half – what on earth could go wrong? Well, with Mischief involved pretty much everything!

As you would expect with Penn & Teller involved even when the illusions ‘went wrong’ they did so in a spectacular way and it was infuriating not being able to rewind the stage to see how it was done. Equally the cast were brilliant at creating that cringe worthy performance where half of you feels bad for watching and the other half cannot possibly look away and as much as I enjoyed Magic Goes Wrong it felt a little… I don’t know… like the magic and the comedy weren’t quite meeting in the middle.

As a family we adore Mischief and have belly laughed at the live shows, TV shows and live streams through lockdown and so maybe I went into Magic Goes Wrong with all the wrong expectations – I should have gone into the show expecting something a little different which is exactly what this collaboration is and should be.

Not solely comedy, not solely magic – Magic Goes Wrong is the cringefest that we all secretly hope for when watching live illusion. We want our minds to be blown while simultaneously watching other people mess up, such is the nature of us humans. It just didn’t go as wrong as I would have expected.

I would definitely recommend a visit to Magic Goes Wrong, it really IS a fun night out.
Just remember the first rule of magic – never remove the safety bar.

Tickets for this event are available online now at leedsheritagetheatres.com or by calling the Box Office on 0113 243 0808.

Opening on Monday 30th August and running until Saturday 4th September, Magic Goes Wrong at Leeds Grand Theatre, written by Penn Jillette, Henry Lewis, Jonathan Sayer, Henry Shields and Teller, is Mischief’s biggest and most daring comedy catastrophe to date. The evening follows a hapless gang of magicians as they stage an evening of grand illusion to raise cash for charity. As the magic inevitably turns to mayhem, accidents spiral out of control and so does their fundraising target!

Mischief’s other West End successes include The Play That Goes Wrong, Peter Pan Goes Wrong, The Comedy About A Bank Robbery, Groan Ups and Mischief Movie Night. Their hugely successful six-part TV Series, The Goes Wrong Show, aired in the UK on BBC ONE and on Amazon Prime Video in the US, Canada and Australia. The show received a 2020 TV Choice Award nomination for Best Comedy and has recently been nominated in the Comedy category at the 2021 National Television Awards. Series two is currently in production.

Tickets for this event are available online now at leedsheritagetheatres.com or by calling the Box Office on 0113 243 0808.

Safety measures are in place at Leeds Grand Theatre and can be found here. 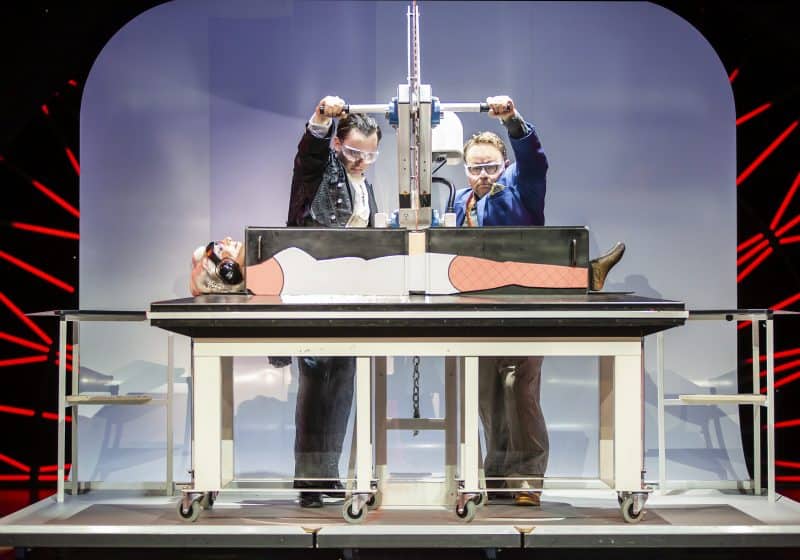