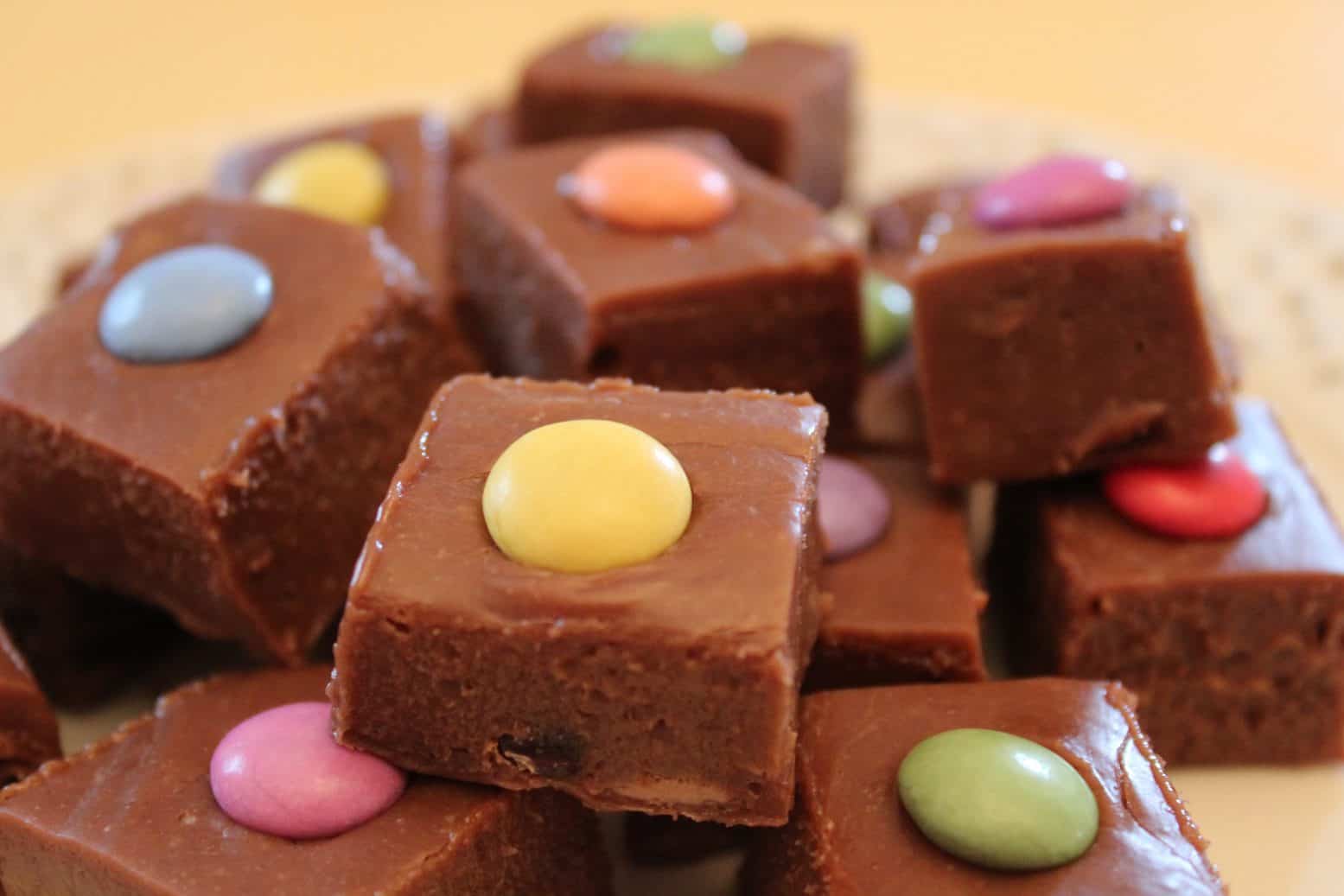 Slow cooker/crockpot Mars Bar chocolate fudge – sounds amazing right?  It is, plus, it’s really easy to make!  It’s a perfect recipe for older kids too as it’s straightforward.  Just four ingredients, all added at once (and then something decorative to add on top like M&M’s or Smarties.

A tablespoon of butter

Break up the bars of chocolate.  Chop up the Mars bars to make them easier to melt.  Place all the broken chocolate, the butter and the tin of condensed milk in the crockpot/slow cooker. 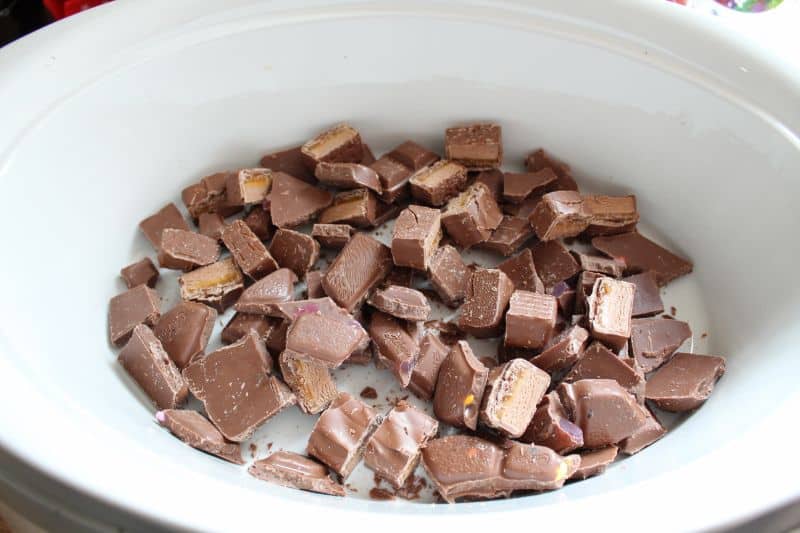 Leave the lid off and stir with a metal spoon.  This stops condensation from forming in the crockpot, as the water isn’t good for the fudge.  Also, make sure you put the crockpot on low. 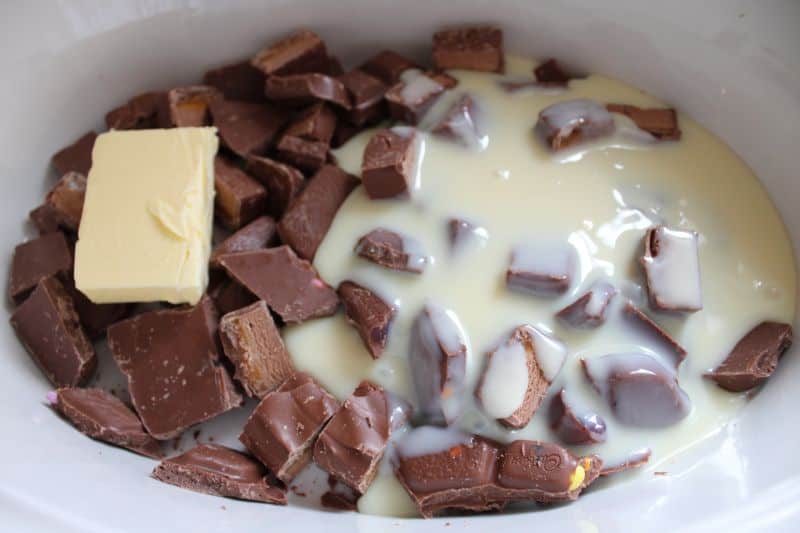 Stir the Chocolate Fudge in the Slow Cooker

Stir the fudge every fifteen minutes.  I cooked mine for about an hour and a half. 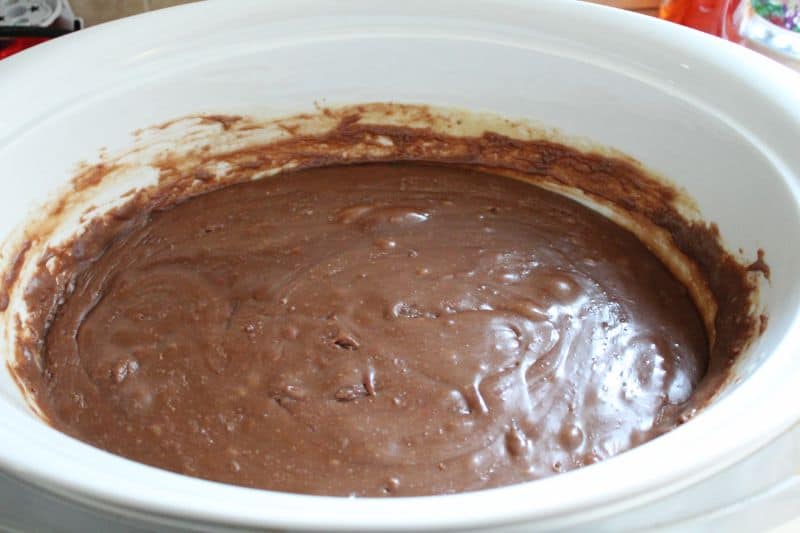 Line a container with greaseproof paper.  I used a ceramic dish of around 10” x 7”.  But use what you have handy. 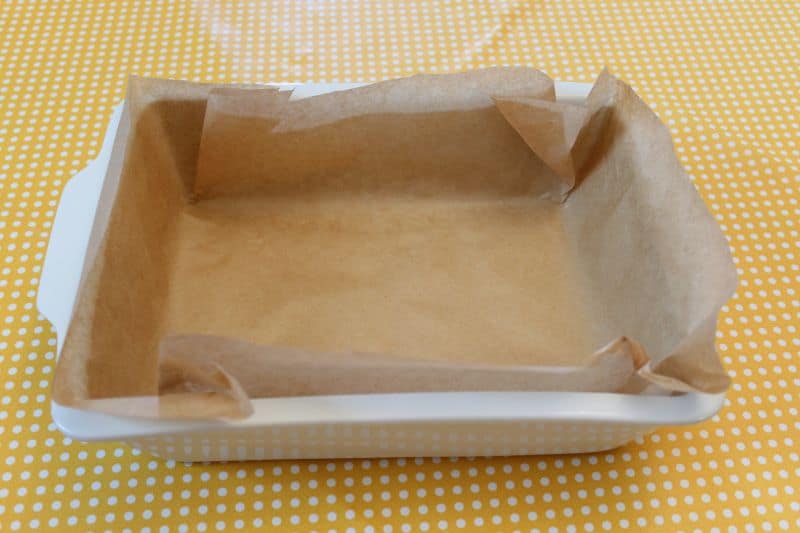 I added Smarties in neat lines. 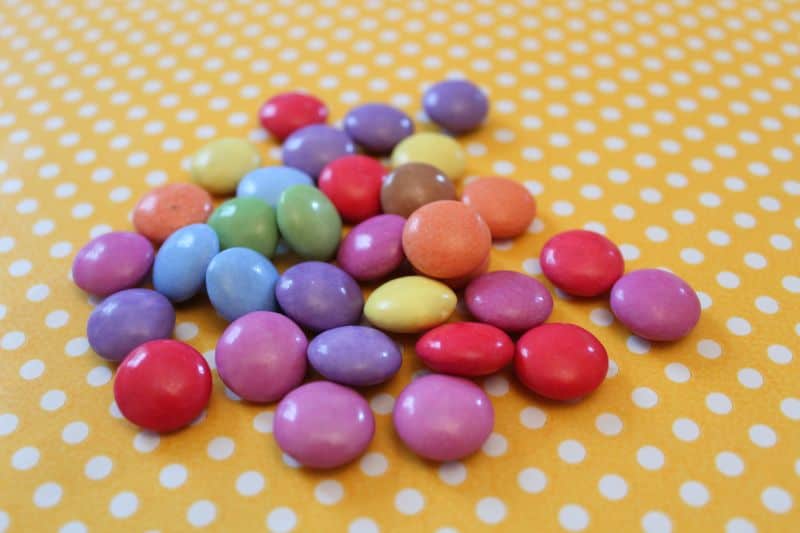 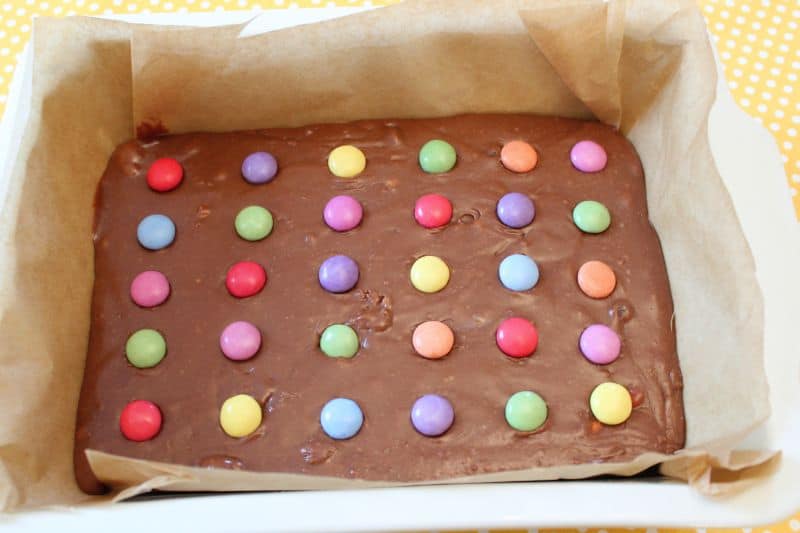 You could also use M&M’s to decorate, or anything you fancied really!  Then pop the dish in the fridge for about an hour until it is set. Once set, remove the fudge from the dish and carefully peel away the greaseproof paper.  I put a large knife in a jug of hot water to heat it up.  I had a tea-towel handy and dried the knife in between cuts.  Because the knife was hot it cut the fudge easier and made a neater job.  I cut in between my rows of Smarties so that I ended up with one Smartie per cube of fudge. 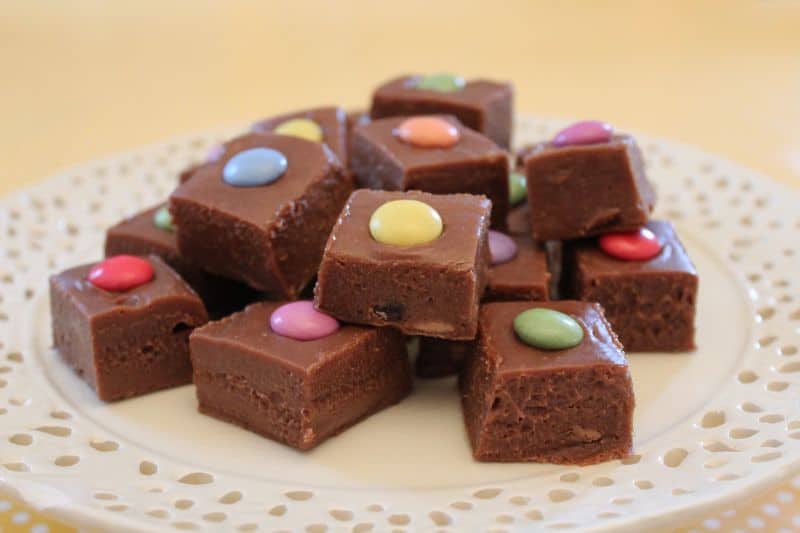 Next, tell your family you have made fudge and watch it disappear rapidly!  Makes a great birthday or Christmas gift too.

Looking for Christmas fudge?  Have a look at my Christmas Pudding chocolate crockpot fudge recipe.