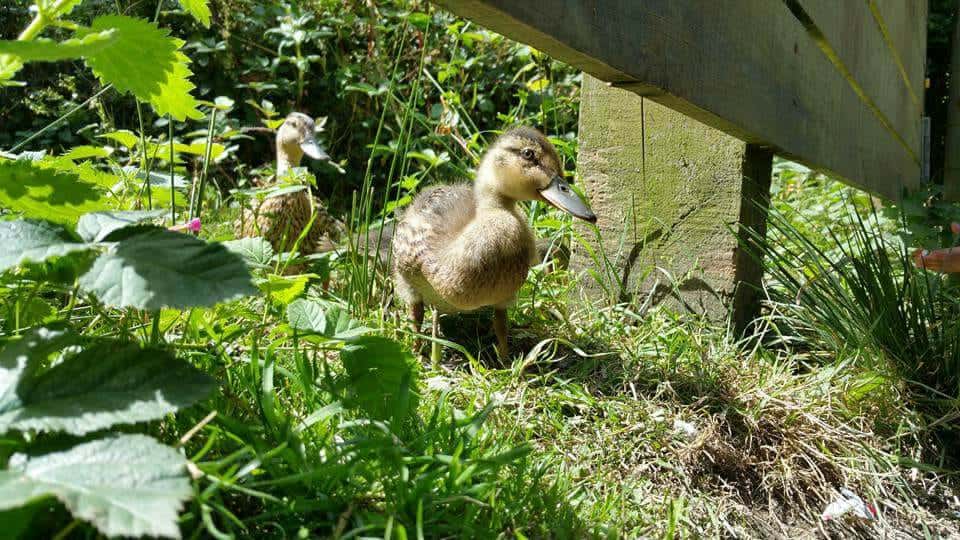 I’ve had an abiding love of rivers since I was a child.  In the school holidays we would stay with my Grandma in a small village called Scruton near Northallerton.  We could wander down a public footpath to the River Swale – and we did – every holiday.  We searched for treasure in the form of animal footprints in the mud and very flat round stones that we skimmed across the river surface.  If we were very lucky we could catch a glimpse of silver as a fish darted past.  We paddled in the shallows at the edge and caught sticklebacks which we examined through the glass of the jam jars we put them in, before returning them back into the water where they belonged.

So when I read about Yorkshire Water’s initiative to build passes for fish on the rivers I was at first perplexed (what’s a fish pass?) and then pleased.  I’ll explain what it is as I didn’t have a clue.  You may already know that fish swim up river in order to breed.  They swim as far up river as they can, often to the same place that they were born.  Over the years changes have taken place on the river that can become obstacles for the fish.  This is where Yorkshire Water’s new initiative has come in.  Three fish passes are being built.  The first will be at Langsett reservoir, near Stocksbridge and will allow fish to swim further up the Little River Don.  At the same time a fish pass will be built at Jordan Dam, on the River Don near Blackburn Meadows Nature Reserve.  A third fish pass will be built in the Autumn again on the River Don but at Wharncliffe Side, Sheffield.

The passes will create pools for the fish to jump into and rest in, allowing the fish to swim further up the river than has been possible since the Industrial Revolution.

There are some fabulous walks in England like the Castleman Trailway in Dorset.

Looking for other local activities to do with the kids?  Have a look at my round up of Yorkshire days out.

This post was written in collaboration with Yorkshire Water