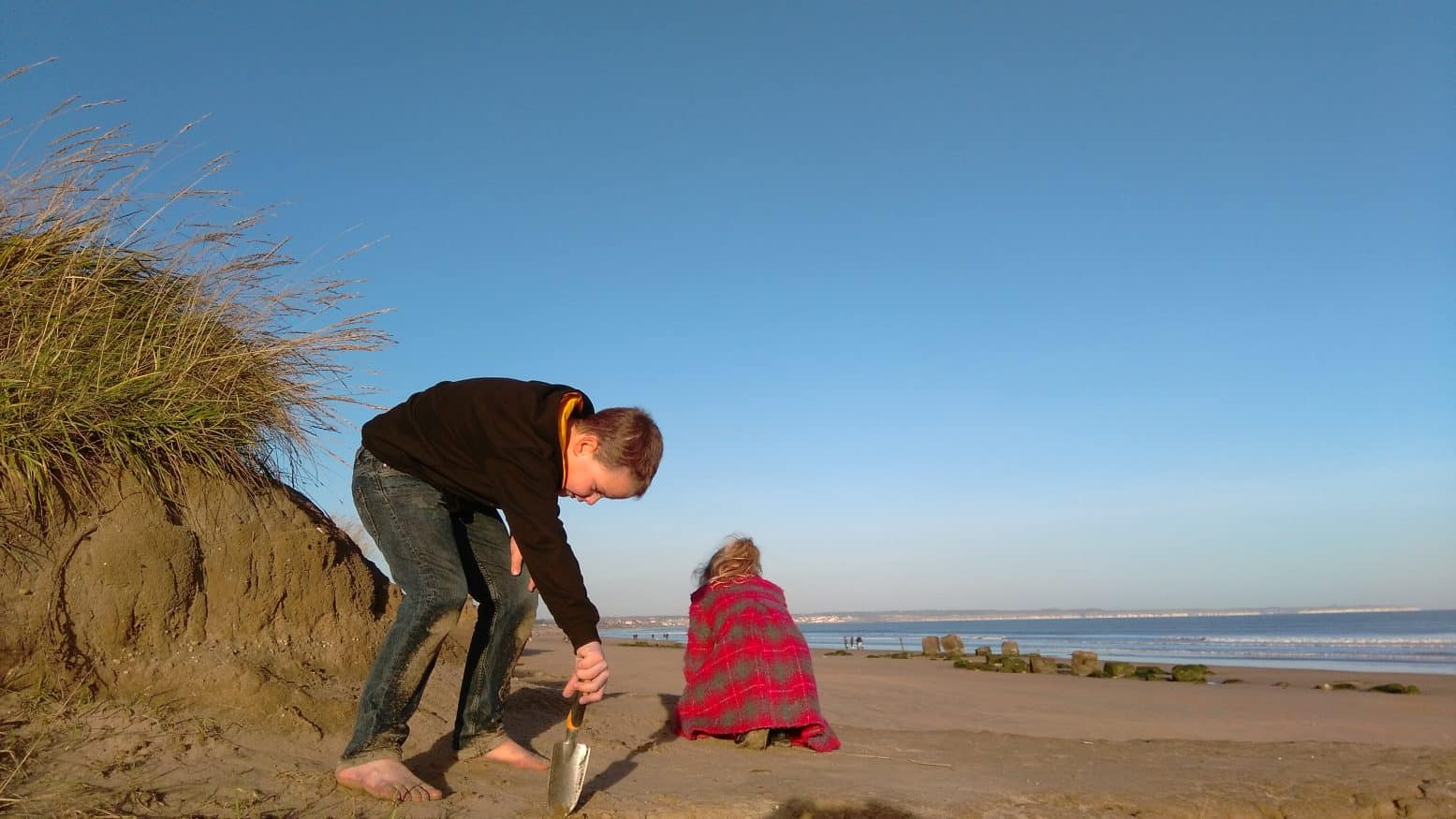 I’ve written about Fraisthorpe beach before but wanted to also write about our recent visit the day after Boxing Day. It was a gloriously sunny day and – the crucial factor – there was no wind!  Mr Wonders gave me a metal detector for my birthday at the end of November. I’ve always wanted a metal detector since I was a child, there is something exciting about digging for buried treasure, no matter how old you are. I wanted to try it out at the beach, so we had a lovely family trip to Fraisthorpe beach.  There are windmills on the little windy road that brings you to the beach and I always think they look striking! 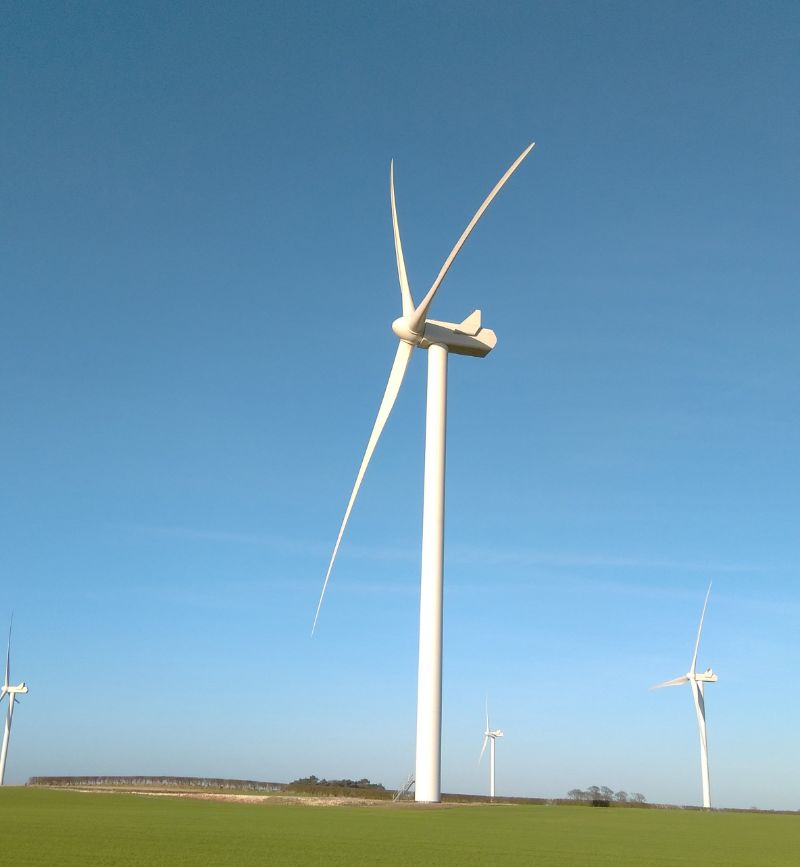 Treasure Hunting with a Metal Detector

We made sure the children had a trowel each (so no arguments and also no plastic spades that snap). I began by sweeping the area until the metal detector beeped and then letting one child dig there while I found another spot for the other child to dig. Yes, digging in the same spot caused huge problems…  We found a massive treasure trove of 2p, some rusty nails, a staple and an old fizzy drinks can. It isn’t going to make us rich, but we did get rid of some rubbish from the beach, so that made the children feel good. 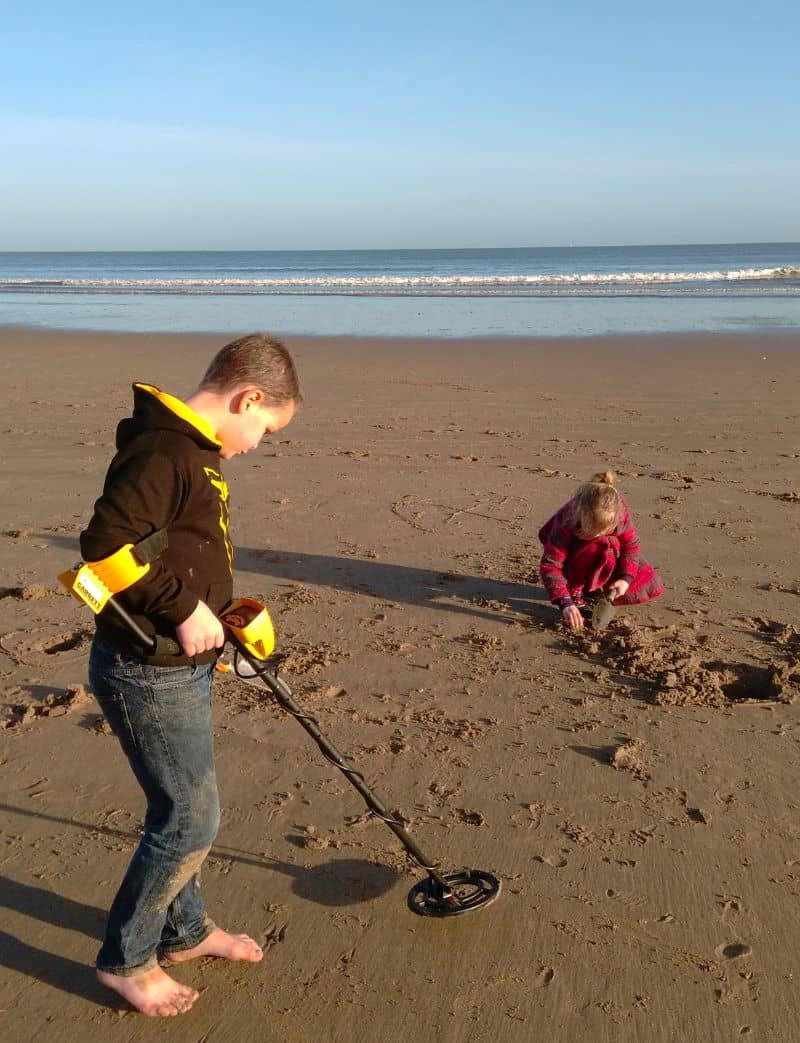 The Cow Shed Tea Room and Cafe is now built at Fraisthorpe Beach – it’s not open all the time in winter, so check the times first. 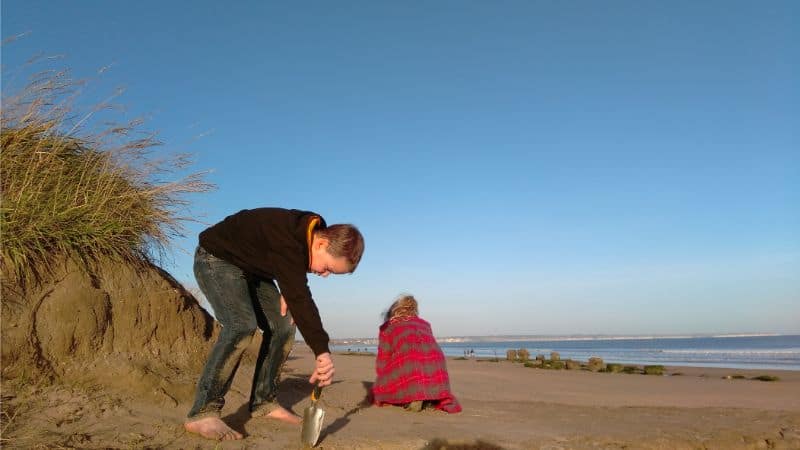 Santa in a Campervan

As we were leaving, a strange thing happened. We saw Santa in a camper van! He was wearing his red santa suit, complete with red furred hat and white beard. He waved at the children and smiled at me. At no point did he secretly ask me what the children had received for Christmas…and yet when they children came up from the beach he had a lovely chat with them and seemed to know what presents they had been given. The children were astonished. He told them that he was having a week’s holiday and would be starting back the following week making toys ready for next Christmas. It was a lovely, unexpected moment to finish off a gorgeous day out. 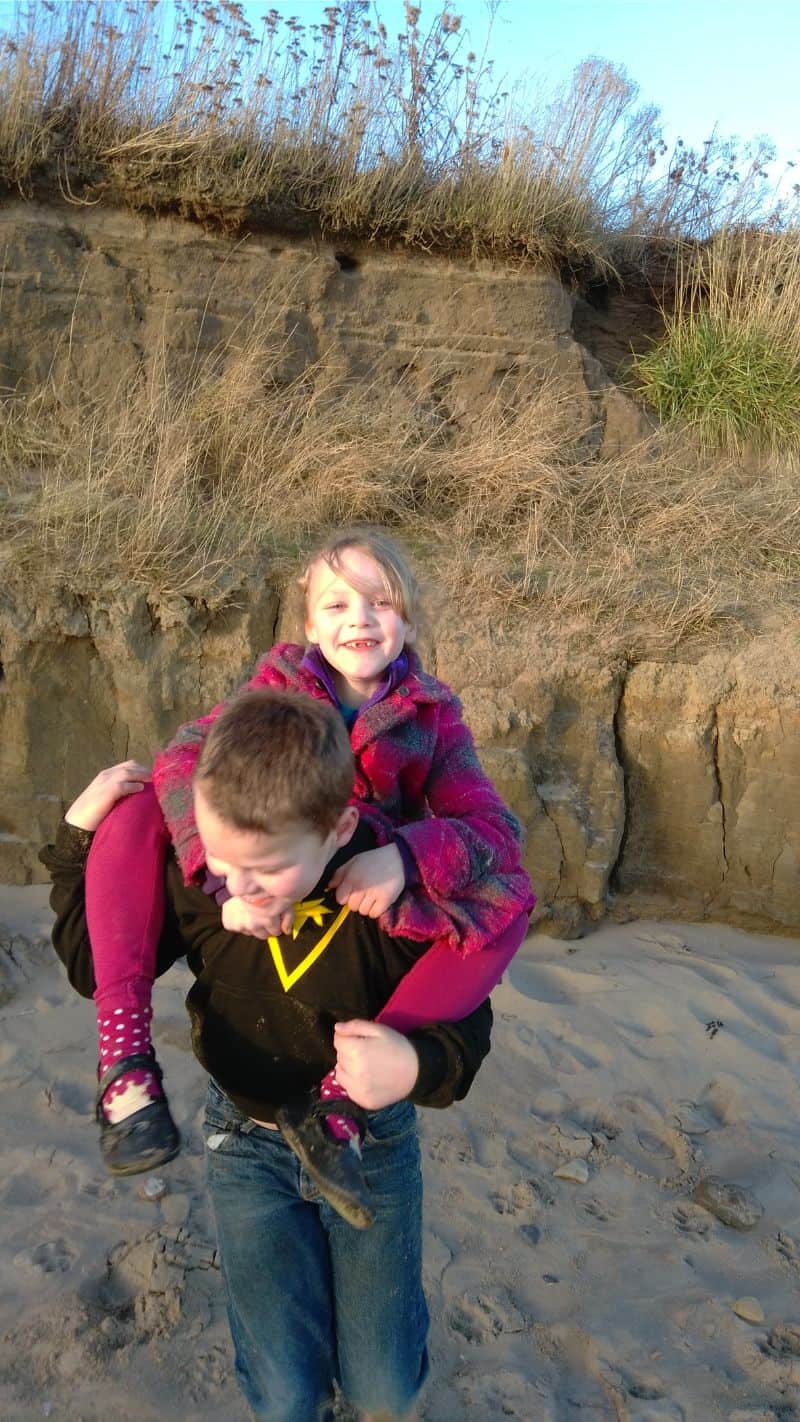 Anyway, my main reason for writing today was to say that beaches are not just for summer, the children had fantastic fun in winter too.  Make sure you take a flask and a rain jacket.  Also, you never know who you might meet! 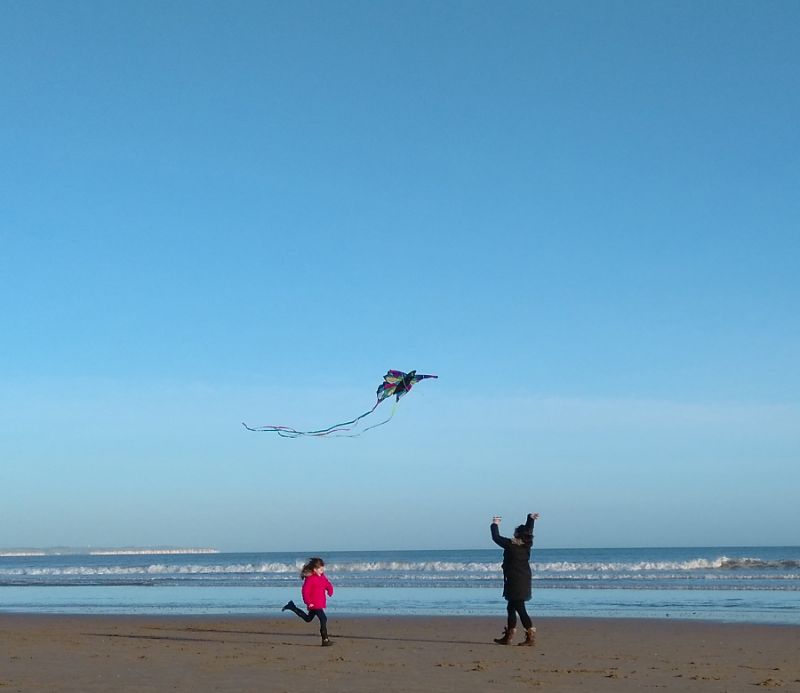