The Hogwallops, A Circus in the Theatre – Review 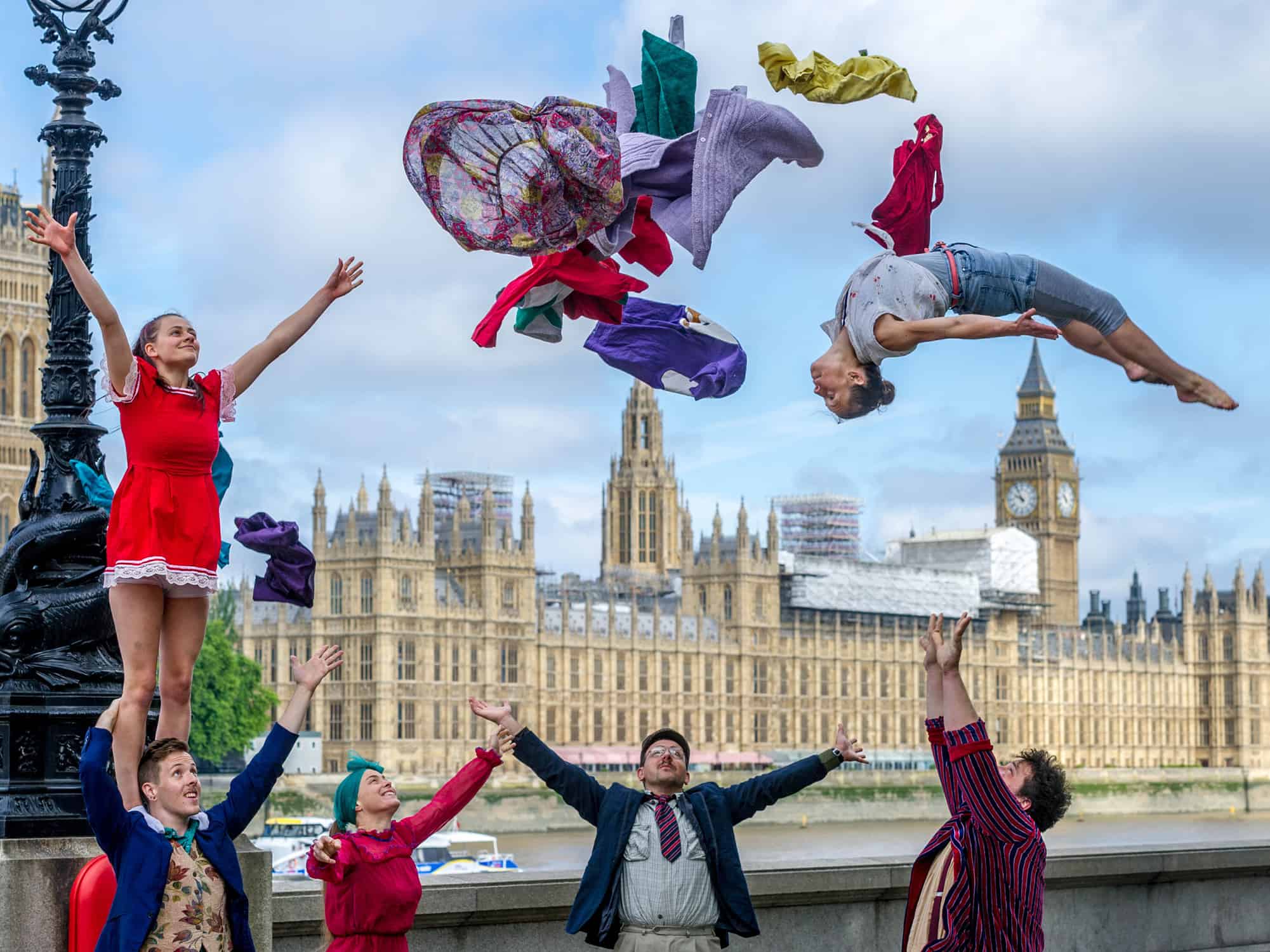 We saw the brilliant Hogwallops at The Hull Truck Theatre over the weekend.  It’s the first time I have been to The Hull Truck theatre and I am always nervous driving to new places.  I parked at the top of St Stephen’s shopping centre and we had lunch there (all you can eat Chinese – a bargain at £6 per person) before seeing the matinee performance in the afternoon.

It was a high energy mix of slapstick, physical comedy and acrobatics.  We go to the theatre a lot and my kids love it, but this was really different for them, and they emerged looking a bit stunned at it all!  It combines all the fun elements of a circus, like the trapeze, the clowns (not scary traditional clowns, more clowning around clowns – no funny wigs or facepaints), jugglers and acrobats.

It was colourful and mesmerising. Some of the acts triggered my fear of heights and the kids sat there with open mouths for much of it. Amazingly talented performers. Master T now wants to take a circus skills workshop!  The music was really atmospheric and performed on the most part by a musician stood just to one side of the stage. It really brought the whole thing together (and I was impressed with his multi-tasking!).  In fact, I was impressed with the whole thing. If you get chance to see it, then do. It will appeal to a large age range I think as it’s such a physical rather than verbal performance.

The Hogwallops has been a huge hit at the Edinburgh Fringe Festival for 2 years running and has been touring around the country extensively. It is in great demand by venues across the UK and is possibly the only show to feature a high flying trapeze zimmer frame! The show is created and performed by Lost in Translation Circus, a UK based company with an international membership. Two of the company, Roisin Morris and Massimiliano Rossetti are current Guinness World Record holders for most somersaults on a Korean Cradle.