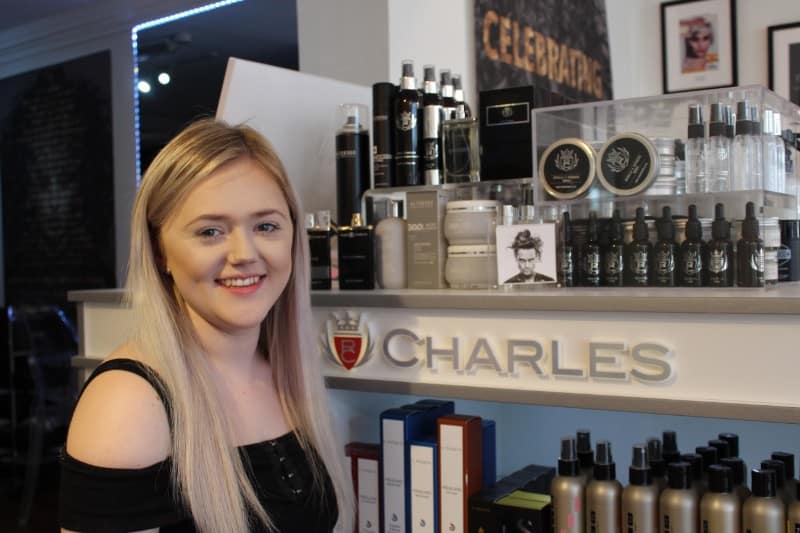 Ross Charles Hairdressers in York – Now, you may have seen me reviewing a few spas of late (I do love a spa!), but this week I stepped outside my comfort zone to review a hairdressers – Ross Charles in York.  They are very conveniently situated at the St John’s end of Gillygate, just a few paces away from Union Terrace car park – (which nearly always has spaces and you can pay with Ringo).  I will be honest, I don’t get to the hairdressers as often as I should (slight understatement!), but working from home I don’t need to look as smart as I did in my old office days. So I presented quite a challenge to my new hairdresser Kennedy!

I was booked in for a full head of highlights and a restyle. I dropped into the salon a couple of weeks ago for a patch test and an initial consultation where I looked at the colour book and discussed what sort of highlights I wanted.

The salon itself is lively with lots of customers and staff buzzing around. Everyone was very happy and friendly, which I was very glad of as I often feel a little nervous entering a new salon. 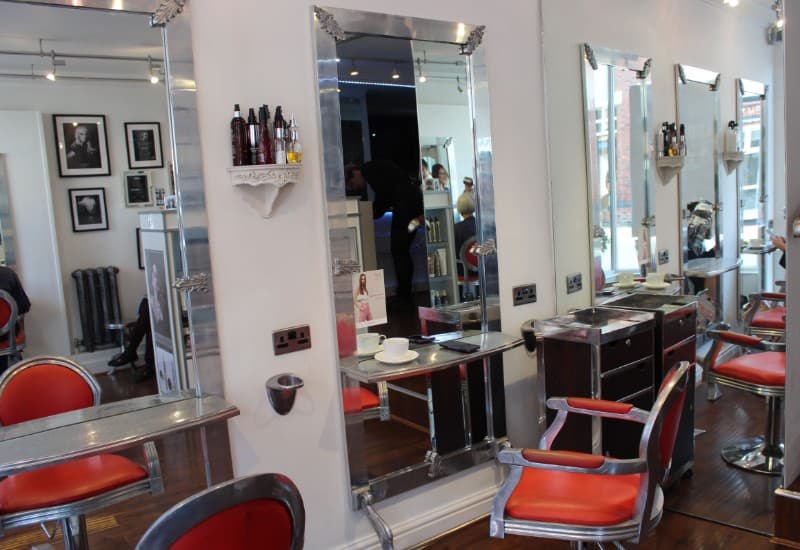 I felt very comfortable with Kennedy though, she was chatty and tolerantly listened to all the unsolicited life advice I piled upon her (being old enough to be her mum and all…!). She was very careful and thorough putting the highlights in and the colour at the end was lovely.

Kennedy asked me how I wanted it cut and then later asked how I wanted it styled. I gave her free rein on the styling as it’s always interesting to see how someone else does it. She used a big round brush as she blew dried it and then did a clever little twisting thing at the end that gave me ringlets. Finally she used a large toothed comb to tease the curls into a soft wave. It looked lovely and I only wish she could be there every day to make it look that good!

The Ross Charles salon has won a list of awards and accolades as long as your arm.  I chatted to Ross himself (who was lovely) and is understandably proud of the salon he has built up.  I came across this paragraph on their website that I felt summed up the salon well:

“The team of experts consists of Italian, Spanish, Canadian and British bringing wonderful ingredients to the culture of the company. Foreign languages and accents, music from Flamenco to Italian Jazz are a regular occurrence amongst the multi cultural team as they work on your hair and you relax in the fine Sicilian furnished surroundings.”

I was invited to visit and review the salon, but as always, all opinions expressed are my own.