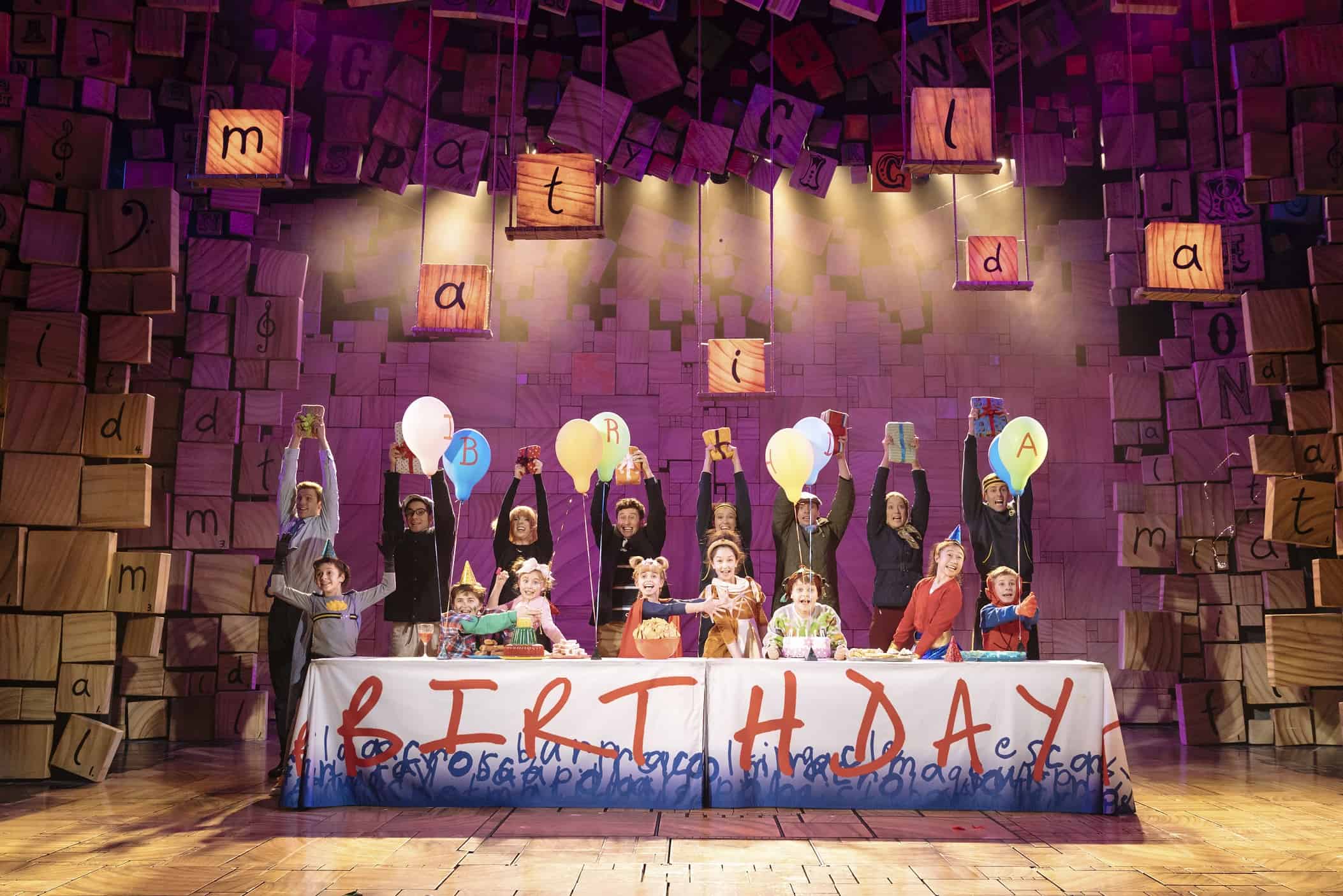 Last week Monsieur Incidental and myself, Erica, The Incidental Parent, went to London sans children to see The Royal Shakespeare Company’s Matilda the Musical at the Cambridge Theatre on behalf of Yorkshire Wonders

There are so many fabulous plays and musicals in London to see, so I was really excited to see Matilda.  Check this post for money saving tips if you are planning a trip to the theatre in London.  Having read the book (many, many years ago) and seen the film (as recently as last month) we weren’t too sure what to expect from Matilda the Musical. Both the book and the film have a special place in my heart but it has to be said that the film is somewhat more lighthearted than the book, you can maybe blame the English sense of humour vs the American for that? Roald Dahl books had a certain darkness about them that the film lacked but the musical has embraced.

The Royal Shakespeare Company’s Matilda the Musical was adapted from Roald Dahl’s much loved book by Dennis Kelly with original songs by Tim Minchin (who I admit to having more than a passing crush on). It has won over 90 international awards and it is clear why

Matilda the Musical centres around its namesake Matilda, a little girl who is by all accounts a miracle.  By the age of five she can read, very well in fact, much to the annoyance of her useless family who would much rather she was stupid and just watched television. She has the poor luck to be born to a dodgy used car salesman father and a mother who is more interested in cha cha-ing her way into the trousers of her dance partner than realising she’s pregnant. Matilda’s brother bears more than a passing resemblance to the Harry Enfield characters Kevin and Perry and, despite being an utter moron, he’s the apple of his father’s eye. This gives way to a very amusing duet involving a TELE!

Matilda loves nothing more than visiting the library to choose new books to read and to tell the librarian stories.

This leads to a lovely relationship between her and the very likable librarian, Mrs Phelps, played by Malinda Parris. As soon as she’s five Matilda’s father enrolls her in Crunchem Hall, a school run by Olympic hammer throwing Miss Trunchball. Trunchball is downright horrible and played with great aplomb by Hayden Tee. Miss Trunchball was certainly a joy to watch, every scene had you giggling away at the knowing look given to the audience. There is nothing quite like a pantomime style baddy to rouse an audience. Keep an eye out for when she swings little Amanda round by her pig tails – it’s done very well and you’d never guess it was really a dummy…

Other highlights are Bruce Bogtrotter, in particular his finale.

I won’t spoil it but it was an absolute joy – and brought tears to my eyes – what is it about becoming a parent that makes you highly emotional? The role of Matilda was played very well by Francesca McKeown – she was both likeable and sassy, which is no mean feat for a young actor.

The use of the set for The Royal Shakespeare Company’s Matilda the Musical was perfect.

From blocks with letters for the library, to swings for the school, the living room that turned into Matilda’s Bedroom and desks that appeared from the floor for the classroom. It was all seamless. It is both marvellously moody and light and uplifting.  It works very well in the Cambridge Theatre as it is an intimate affair, you really feel like part of the action.
There were a lot of young children in the audience however I think it might have been a tad dark for our sensitive 8 year old. We thoroughly enjoyed it though and wouldn’t hesitate to recommend it to anyone.

We were given press tickets to review, but as always, all opinions expressed are our own.

If you are looking for London shows, have a look at our review of Kinky Boots.