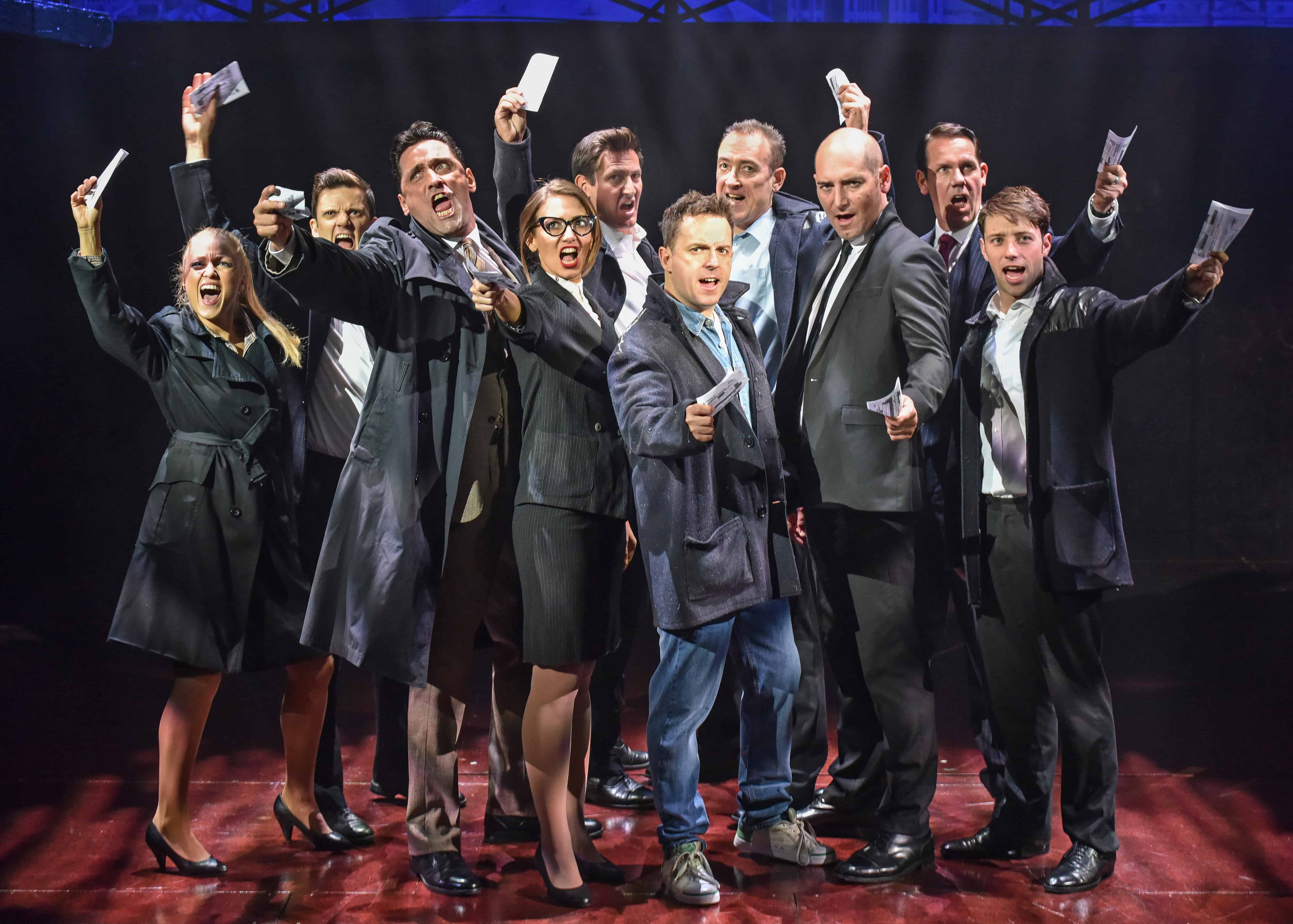 The last time I attended the theatre with my mum, I was assured that we were going to watch a ‘heart-warming’ show – an adaptation of a film my family like to watch at Christmas.
The show was Goodnight Mister Tom and it was harrowing.

When I told my mum that Blood Brothers was coming to Leeds she said she really wanted to see it as ‘she’d heard good things’.
Forewarned is forearmed so I went prepared with tissues.

Despite it being considered one of the best musicals ever written, I am ashamed to admit I knew nothing about Willy Russell’s Blood Brothers and went along not knowing entirely what to expect. As it turns out, all you need to know is that it is the captivating story of twin boys separated at birth and reunited by a twist of fate.

It is fundamentally a tale of nature vs nurture, set in Liverpool in the 60s as a desperate single mum makes the decision to give away one of her twins – a decision that fate ensures will never be forgotten or made easier.

Directed by Bob Tomson and Bill Kenwright, Blood Brothers is a rollercoaster of emotion. Tears of empathy with a mother struggling to do what’s best, tears of laughter at 7 year olds playing the games we played as kids growing up. A hit of nostalgia reminding us of our own childhoods, when life felt more innocent, our imaginations took us to magical places, and we saw other children as the same as us.

Alexander Patmore (Mickey) and Joel Benedict (Eddie) did a remarkable job of playing the brothers through the years – from cheeky 7 year olds, through the awkward teen years and into adulthood. Both men played their characters convincingly and I was entirely invested in them both.

It’s often the case that an adult playing a child brings about a moment worthy of cringing but these two, and the rest of the cast, managed to completely and successfully suspend reality and had us believe we were genuinely watching a group of kids. 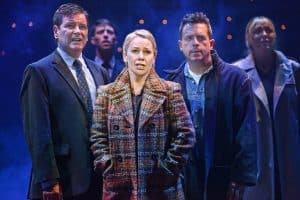 As a mother and a woman, I truly felt for Mrs Johnstone; a desperate, superstitious and betrayed woman who wants nothing but the best for her family. A woman whose dreams were squashed but will do her utmost to make the best of what life has thrown at her despite holding a dark secret and huge heartache.  Linzi Hateley played Mrs J beautifully.

For me, The Narrator (Robbie Scotcher) was the most intriguing character. A charming yet brooding gent. Dapper in his suit, breaking the fourth wall, he acts the moral compass but it sometimes feels like he may not have everyone’s best interests at heart. Whether talking directly to us or loitering as a dark figure in a window – he is a constant presence throughout.
Handsome, affable and mysterious – Scotcher had me question whether The Narrator was all that he seemed or whether he really did have our number…

You may or may not know but I’m a sucker for good stage design and Blood Brothers doesn’t disappoint. Either side of the stage is flanked by terraced fronts overlooking the twinkling lights of the city. Throughout the play extra walls were dropped in and lifted out to create interiors. The stage is also cleverly sloped, so not only did this ensure that at times characters felt more dominating, it also served to make sure that the viewer felt a little discomfort at all times.
This clever stage design teamed with the omnipresent Narrator ensured that we could laugh, we could cry, but we could never totally relax.

I have watched many shows at The Grand, but Blood Brothers is by far the best I’ve seen. I feel like I’m gushing but it really is THAT good and I would definitely recommend you go and see it.
The production is one that you’d expect from a bigger venue, and you could almost believe that you were in the West End.

Blood Brothers is running at Leeds Grand Theatre until May 18th and you can purchase tickets by visiting www.leedsgrandtheatre.com .