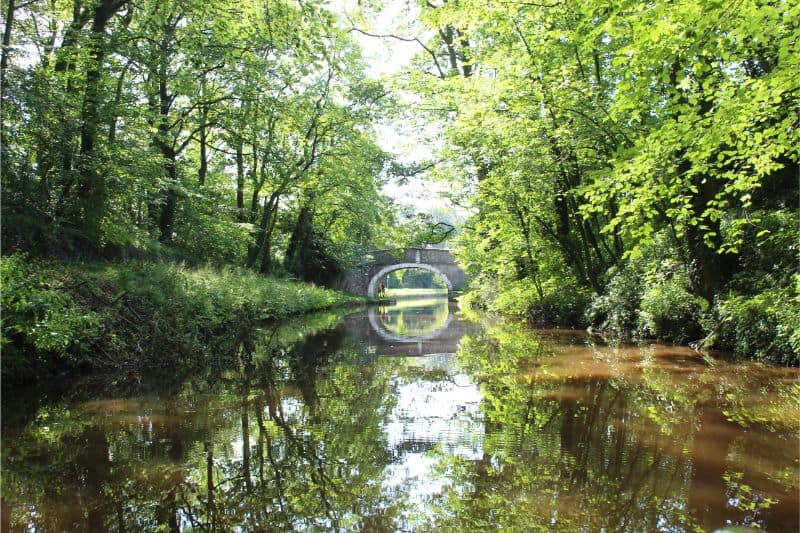 Narrow Boating on the Leeds Liverpool Canal in Yorkshire Review – We chose an unusually hot and sunny weekend to spend on a canal boat on the Leeds to Liverpool canal. The weather was warm and sunny and the canal was achingly beautiful. Both hubby and I remember canal boat holidays from when we were children and when we were given the opportunity to, we wanted our two to experience the same thing. 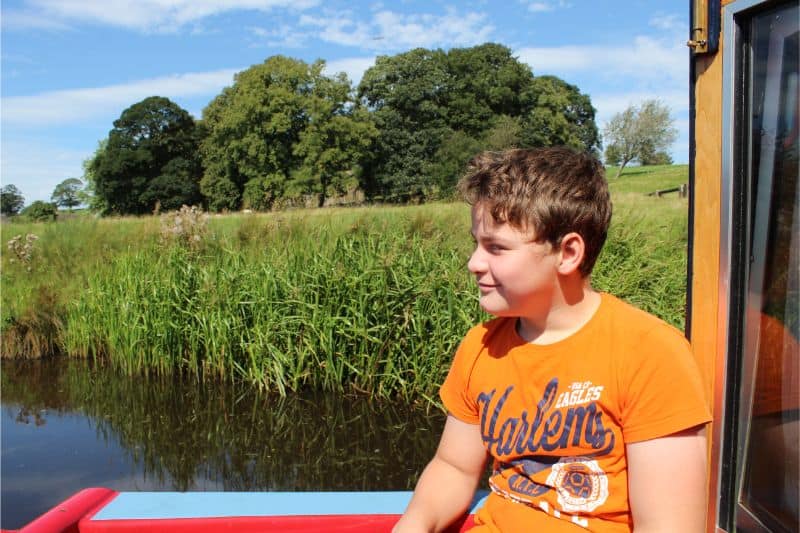 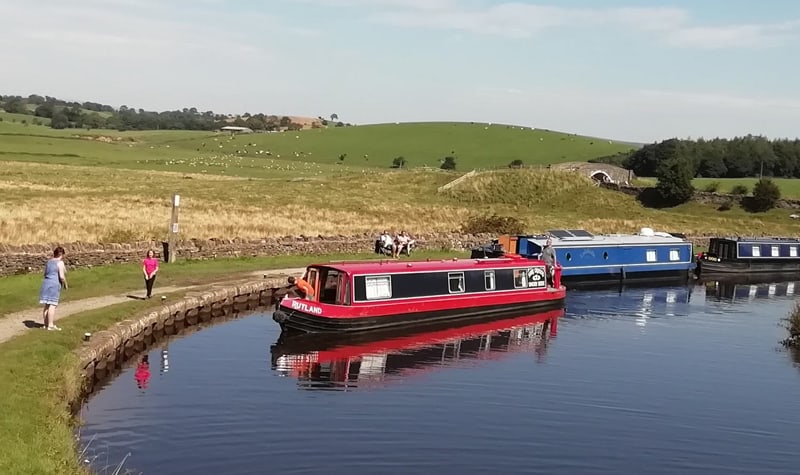 I have put a video together of our trip, in it there is a video tour of the narrowboat (the only thing you won’t see is the back bedroom as that was heaped with all our stuff at the time, but it looks very like the middle bedroom!).  It also includes a bit of video of us at the locks and of Mr W turning the boat for the first time, as well as lots of lovely canal views.  Make you you read to the bottom of the post for more photos of the inside of the Rutland canal boat as well as an outline of what’s included.

I am of course writing this review as a newbie boater and shall try and answer some questions we had before we went. You do get sent lots of information after you have booked, but it takes a while to read it all and there are things I am sure you are curious about before you book! 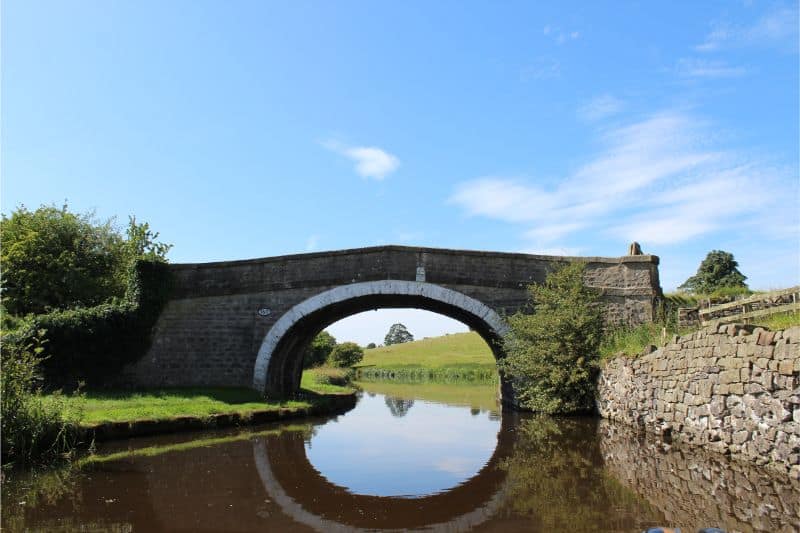 We boarded our Shire Cruisers boat at the marina at Barnoldswick at 1pm.  Shire Cruisers is a member of the Drifters Waterway Holidays group.   You can leave the car at the marina during your holiday and bring it close enough to the boat initially to unload all your stuff. 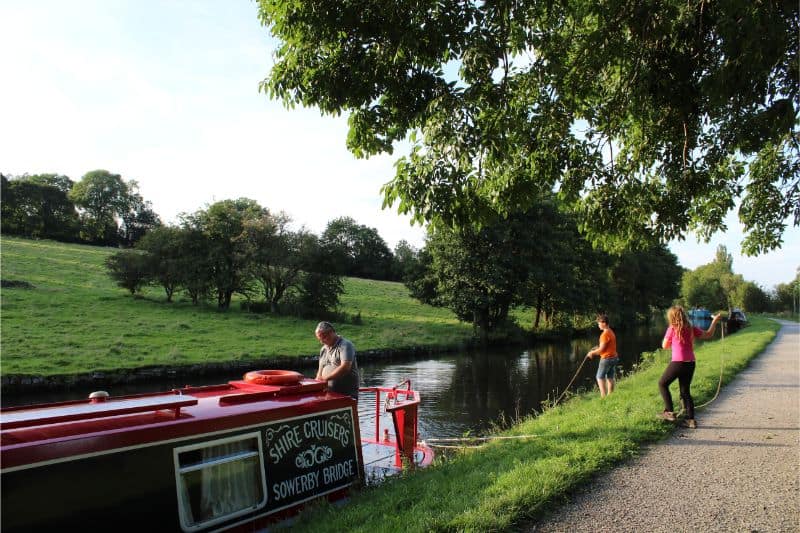 Once our things were on board, we were given a thorough tutorial about the boat and how it works (sooo much information – but there is a manual on the boat or you could also watch YouTube instructional videos before your hols.) Mr Wonders took the role of skipper (driving the boat) and the kids and I were crew, operating the locks. 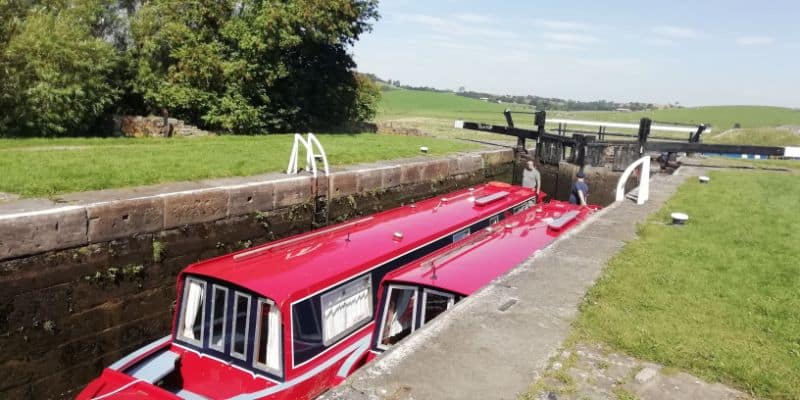 There were four other boats starting at the same time as us. Once we were up to speed with the workings, we set off East (towards Skipton) to meet with the others to be shown how to operate the locks. There are three locks in quick succession at Greenberfield and we were shown how to use each one (all basically the same, with some slight differences, but the repetition of each one helped you learn the process). 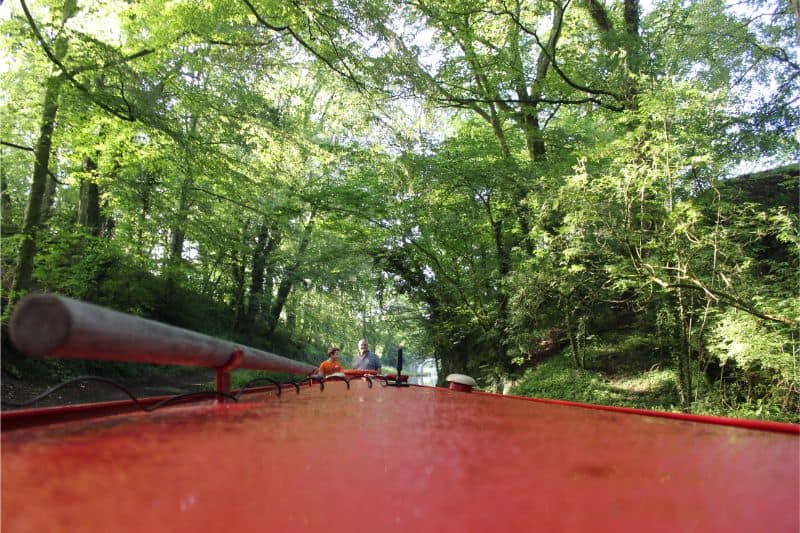 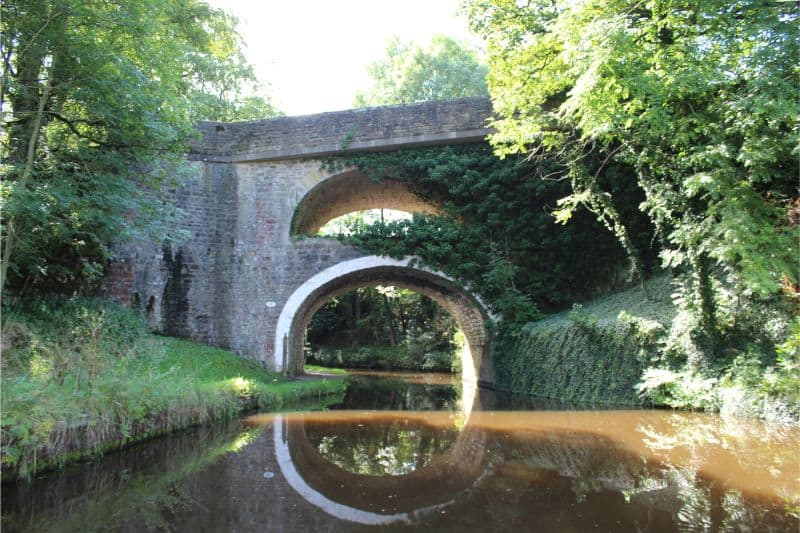 I have to admit, I was a tiny bit terrified by the locks and very apprehensive that I wouldn’t remember how to do them, or that I would do them wrongly! The people from the other boats clearly all felt quite similar, and we helped each other to learn and gave encouragement when it was needed. During our weekend we often bumped into these people again, so it was lovely to have ‘friends’ on the canal and share that camaraderie. 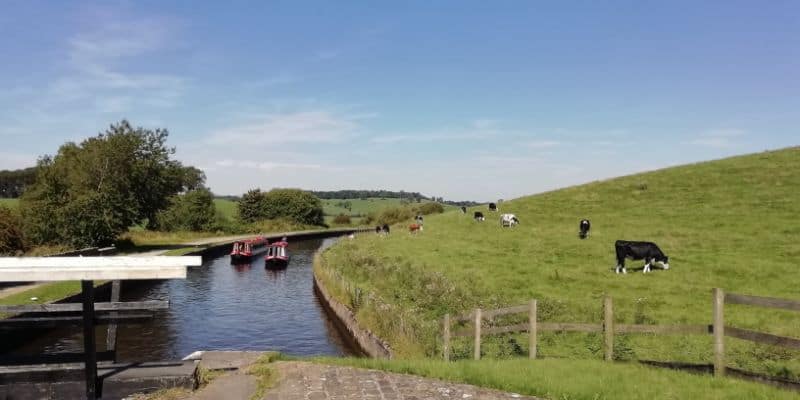 Once we were past the first three locks, we were set free on our own, and headed further up the canal to East Marton where we moored the boat for the first time. Mooring on the canal is included in the cost of your holiday. Generally you can moor anywhere, usually on the tow path side. There will be signs saying the mooring is prohibited where you are not allowed to moor.  Some moorings have metal rings where you can tie the boat up, but you can moor anywhere using some large metal spikes that you hammer into the ground (like enormous tent pegs!) and then tie your boat to. 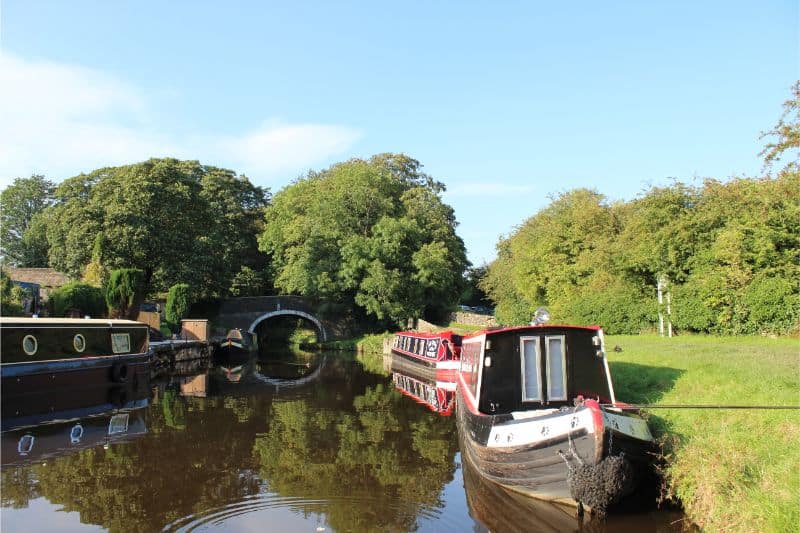 The following day we headed further towards Skipton where the canal winds around and the scenery is stunning.  There are some wider spots up there too and we used one of these to turn the boat.  Mr W was very nervous about turning the boat but did a brilliant job (I filmed this and it’s in the video above).  You don’t need to turn there and can continue to Skipton and beyond, but we chose to follow a fairly easy route that did not include too many locks. 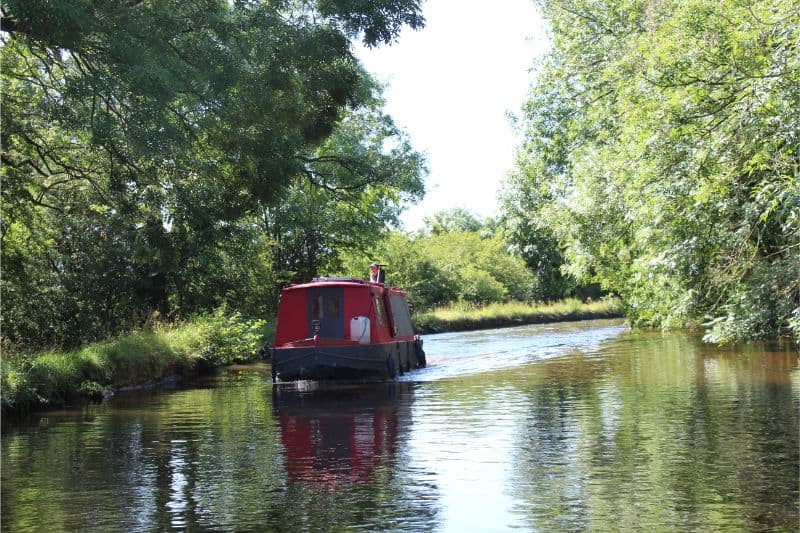 On our second day we chose to stay at Foulridge (pronounced Foll-ridge), and we had a lovely evening meal at Cafe Cargo.   I’d really recommend it – see our full review here.  In fact, we liked it so much we stayed in the same mooring so we could have lunch there the following day (they do all day breakfasts too – worth noting!). 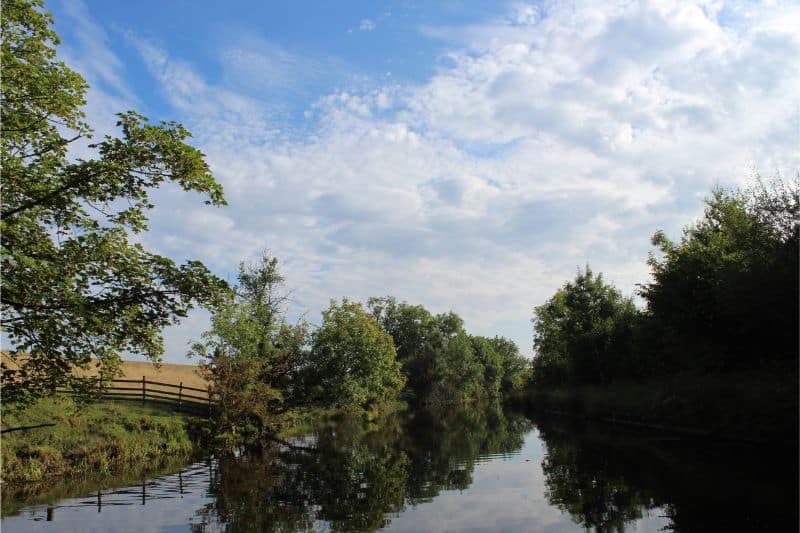 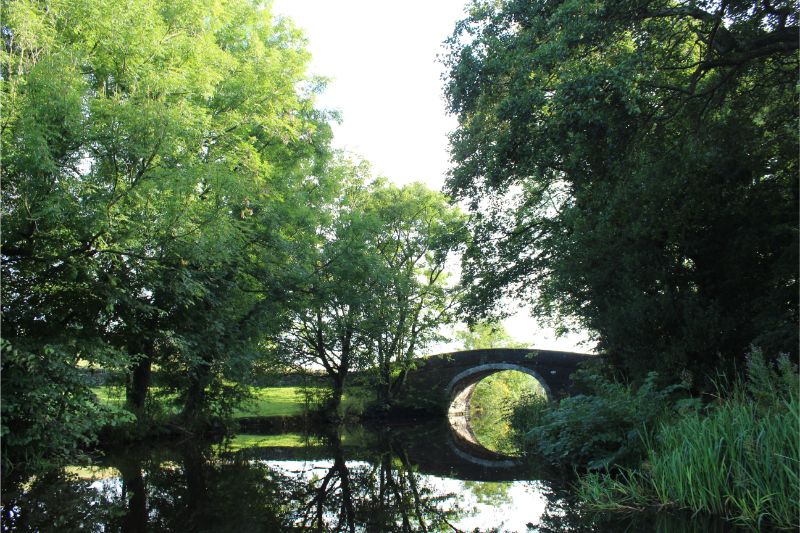 After our lunch at Cafe Cargo we headed up to Salterforth and moored outside The Anchor Inn – but be aware they stop doing food at 6pm on a Sunday night and were not doing food the next evening either as it was a bank holiday.  We had no food left at this point so it was a bit of a blow!  However, Just-Eat came to the rescue and we had an excellent takeaway delivered to our boat instead!  We spent a lovely relaxed evening watching the kids play before heading back to the marina at Barnoldswick the next day. 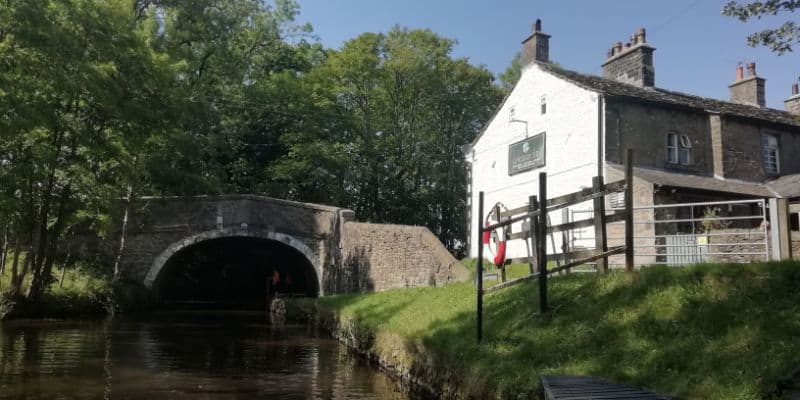 I’ve given you a bit of a tour of the Rutland boat below:

We sailed on the Rutland – it has two bedroom areas plus a sofa/table in the living area that converts into a double bed.  The two bedrooms can be set up as singles or doubles. The picture below shows Master T lounging on the bed in the middle bedroom.  These can also be made into a double.

All bedding is included – all you need to bring are towels. 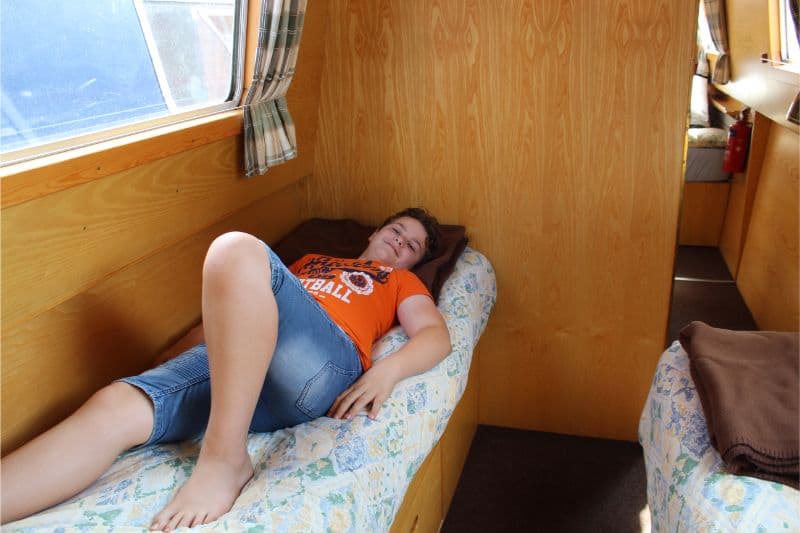 The Kitchen Galley Area on the Rutland Canal Boat

The kitchen on the Rutland is very well equipped with a full sized fridge and cooker with grill and hob.  There is also a sink with hot and cold water as well as a filtered water tap for drinking.  There are all the utensils and crockery you could possibly need too.  Hand wash and washing up liquid are all already on the boat, as are cloths and tea towels, so you don’t need to remember them! 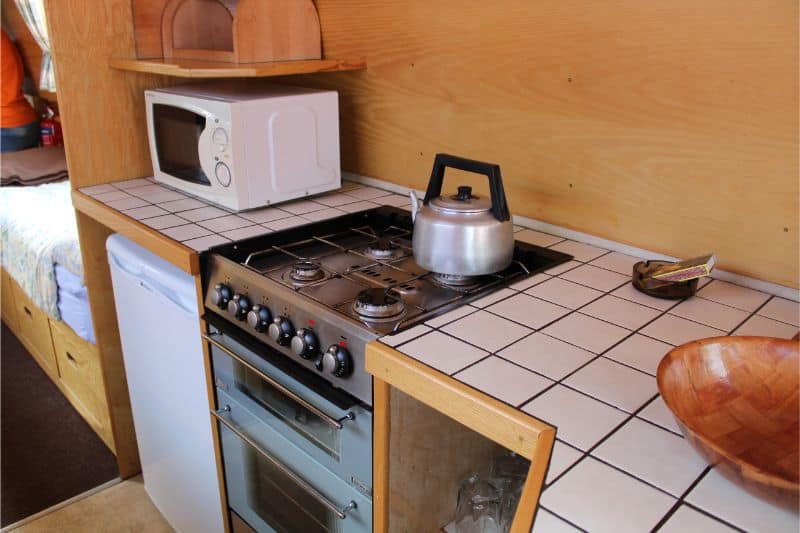 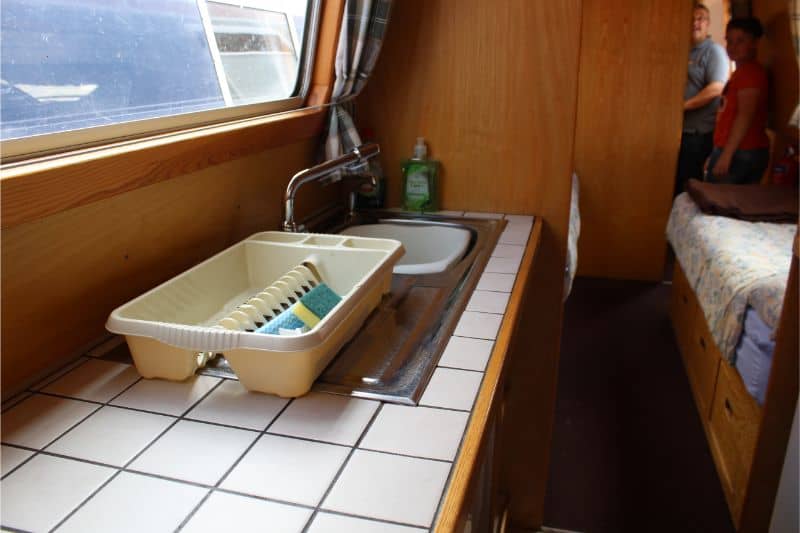 The Living Area on the Rutland

The living area is a large, built in corner sofa (that also converts into a double bed).  There is also a table that slides under the sofa when not in use.  There is a TV with DVD and freeview and a radio here. 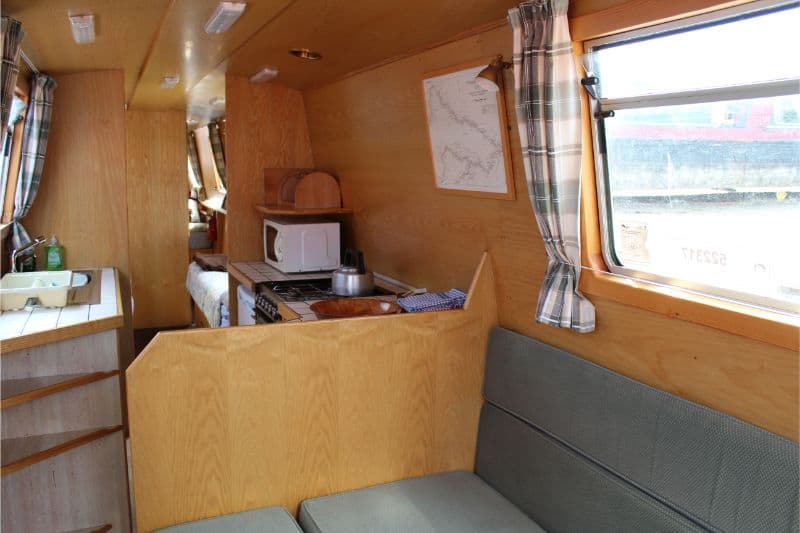 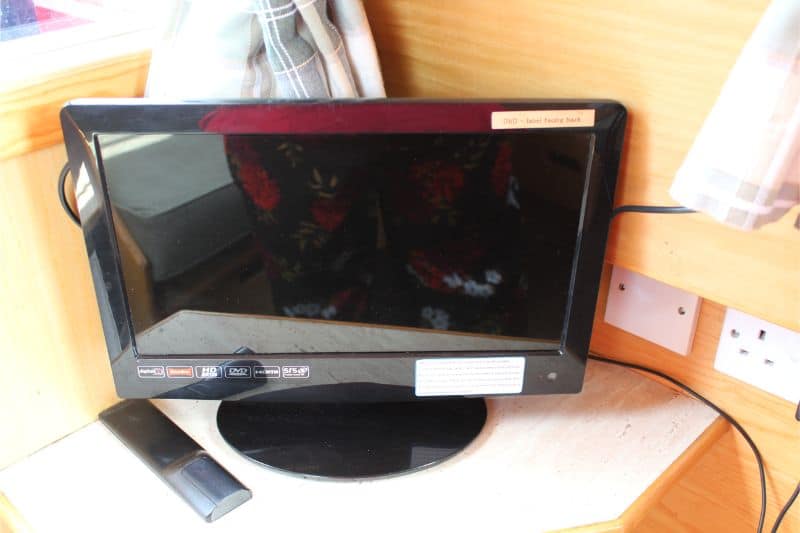 There is lots of storage on the Rutland, in a wardrobe and lots of really deep drawers under the bed.  There was far more than we could ever use on a holiday (would be very different if we were living aboard!) 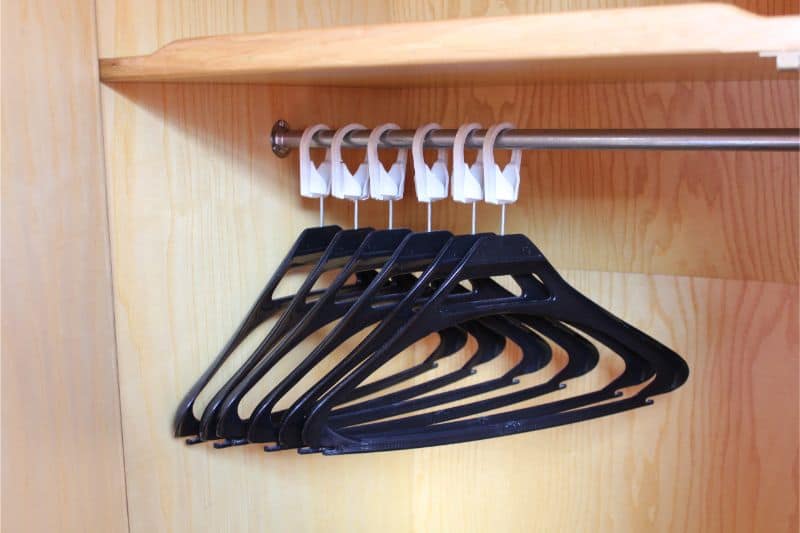 There is a good modern corner shower, chemical loo and hand sink in the bathroom. 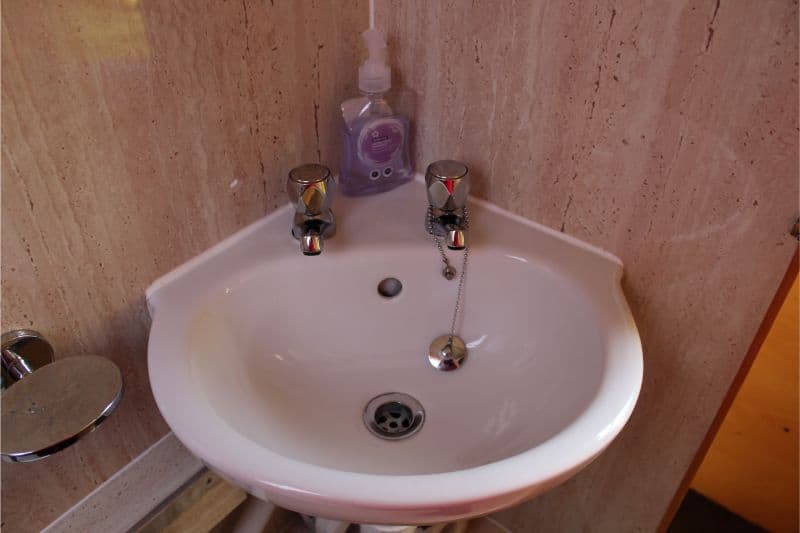