Last night we went to see Madagascar the Musical at Bridlington Spa. It’s on from Monday the 17th to Saturday the 22nd of September. Now, I have to say, we have never been to Bridlington Spa before, so it was really good to go. If you are already familiar with it, feel free to skip straight to my show review. But I am sure that there will be some, like me, who are newbies! 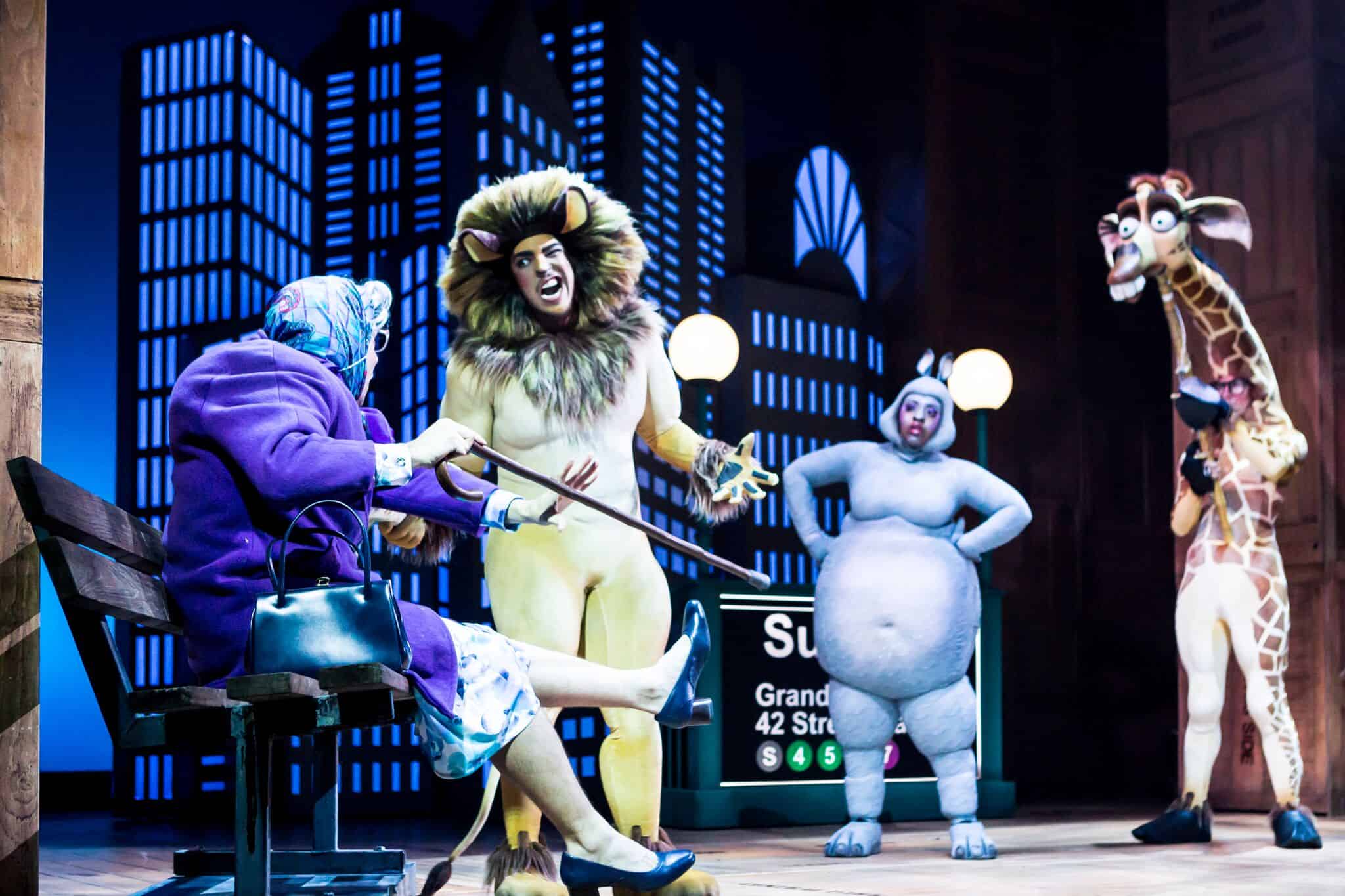 There is no specific car park for the Spa, but lots of on road parking around it. Parking is free after 6pm, but payable beforehand (around £1.40 an hour).  We arrived just a few minutes before 6pm and parked within a thirty second walk of the Spa. The musical began at 7.30pm which gave us a great opportunity to sample the local fish and chip restaurant, Busy Bees.  Again just a stone’s throw from the theatre (a 4 minute walk according to Google!). I also noticed a Chinese Restaurant opposite which would be perfect for a post-show feast. 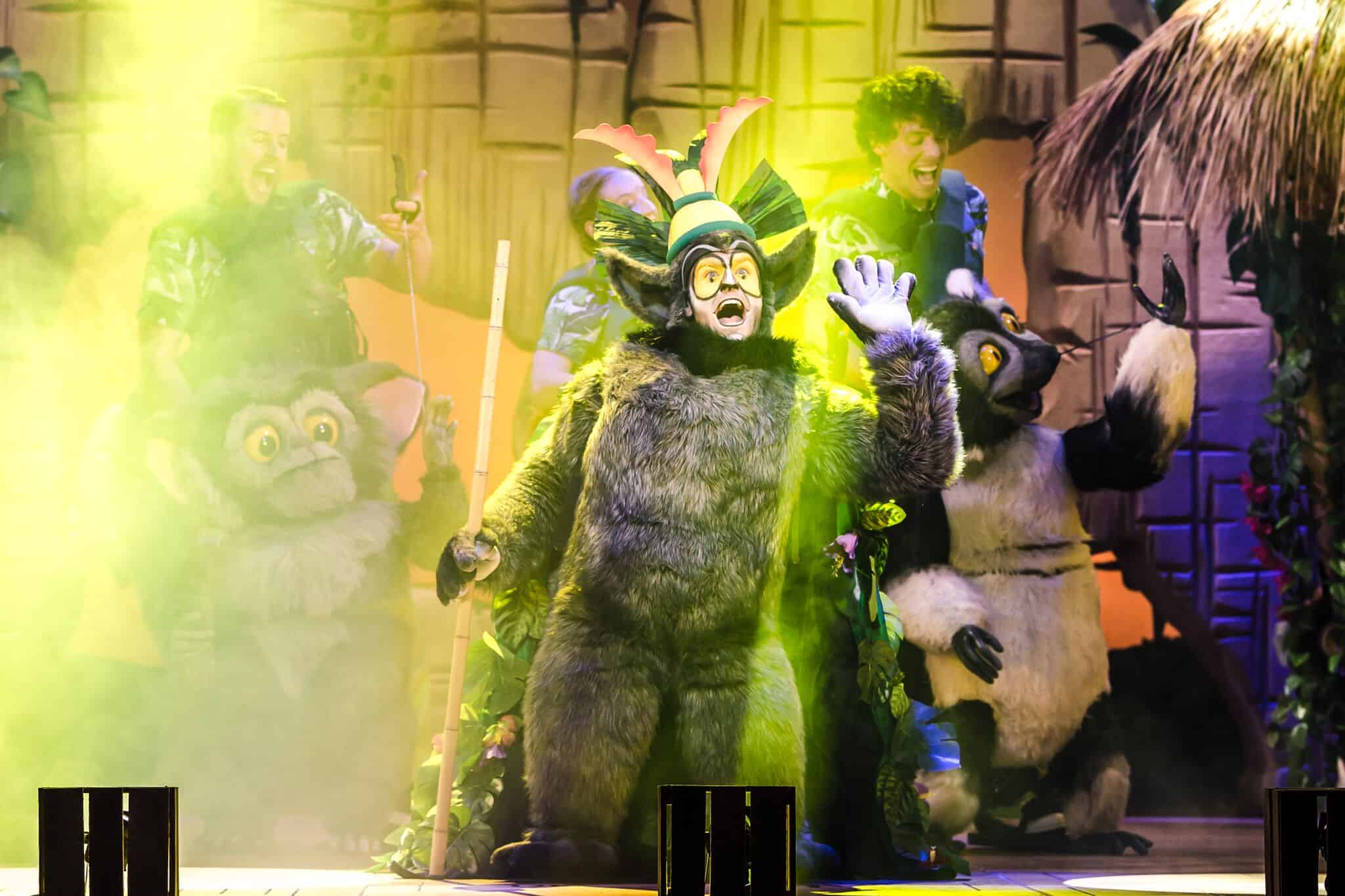 After our fish and chips, we wandered back to the Spa for a drink before the show started. Make sure you go right to the back of the bar as the views over the beach and the sea are just stunning.  The sun was setting and it was moodily dramatic!

Then it was time to settle into our seats ready for the show!  We all love the Dreamworks film Madagascar so the kids were very excited.  The show was loud and funny and the kids thought it was brilliant.  Master T “Loved it.” He particularly liked the monkey who knew “all the latest dance trends” (even I recognised a dab and a floss!).  Miss H really liked the songs, her favourite character was Alex the Lion, but I think that might have something to do with the fact that Matt Terry (X Factor Winner from 2016) was playing him as much as anything else! 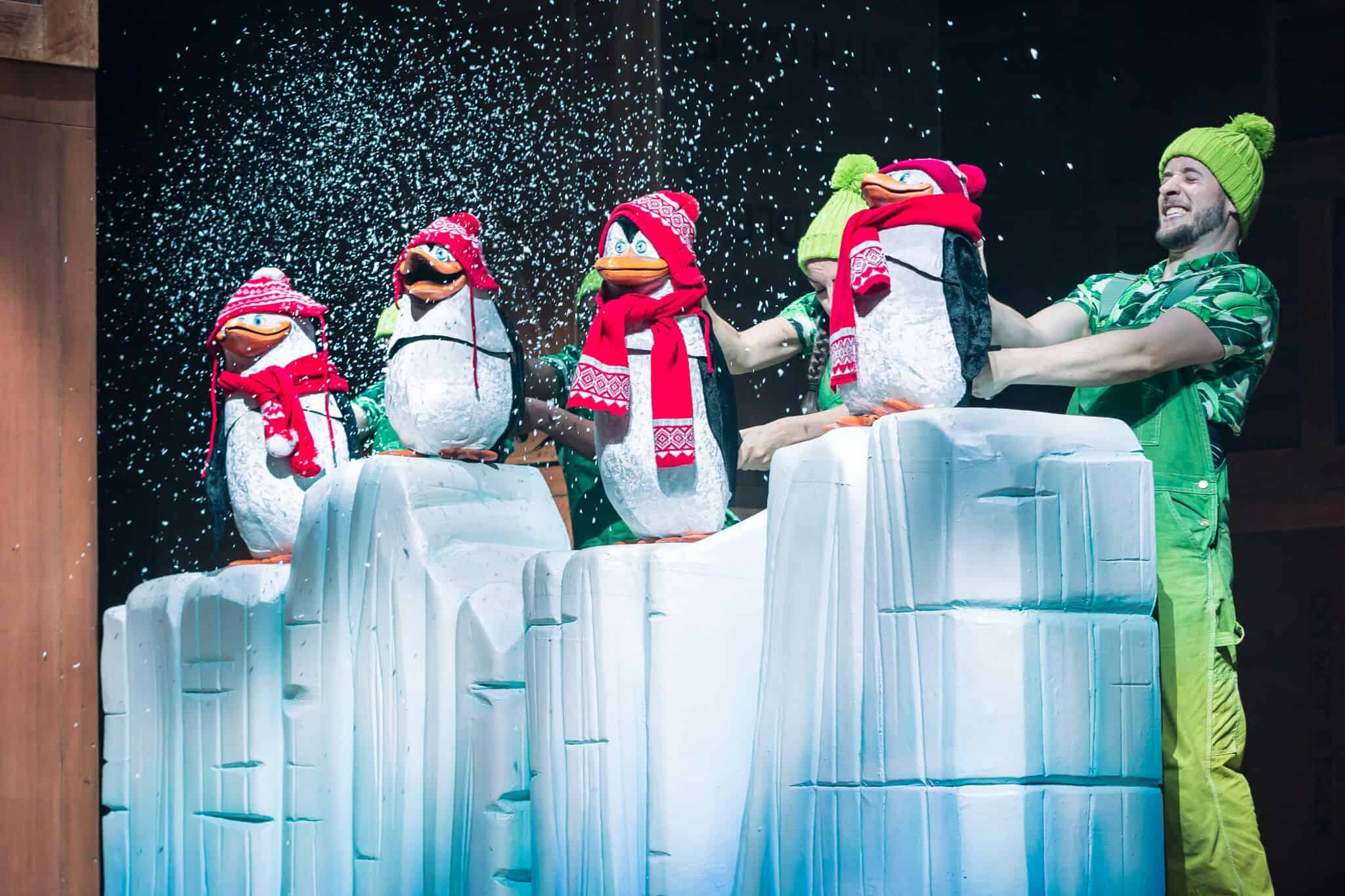 All in all, a brilliant musical to take the kids to – it kept them entertained all the way through (as well as the rest of the kids in the audience!).  Finally, we loved ‘you’ve got to move it, move it!’

Bridlington Spa invited us to visit and review, but as always, all opinions expressed are my own.