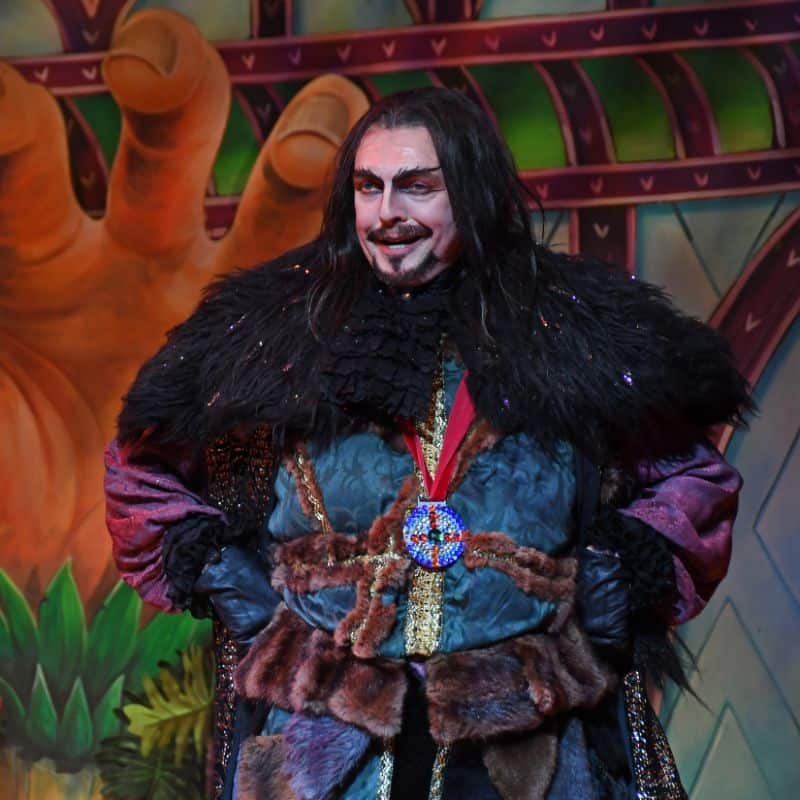 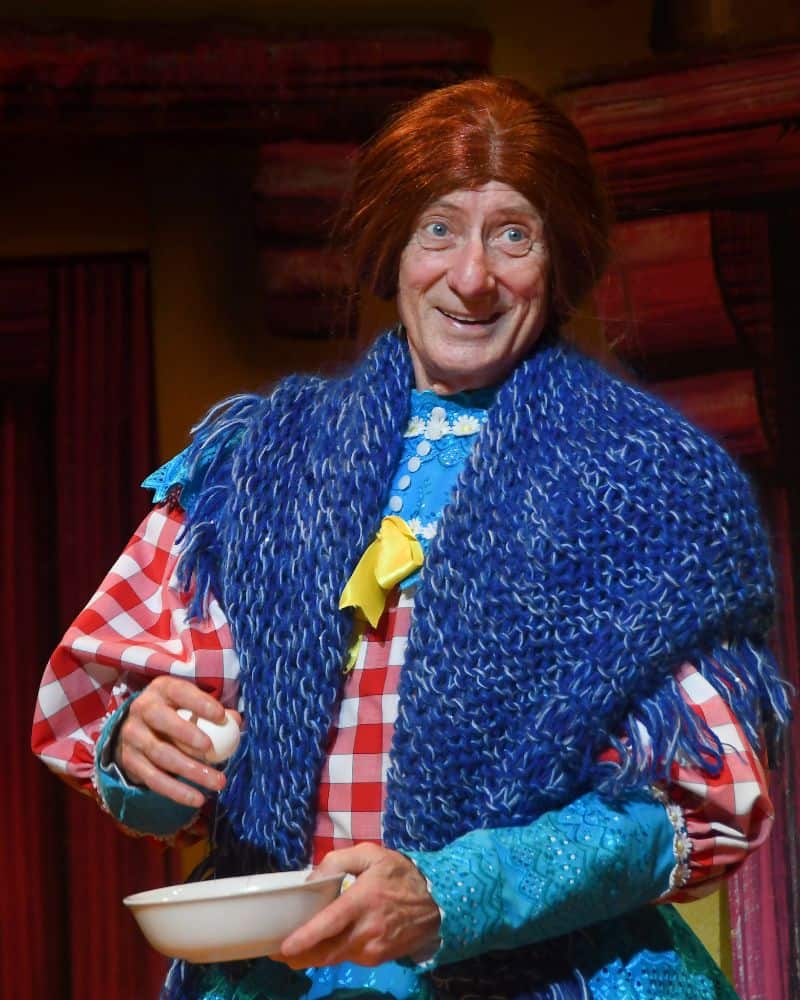 What did we think?  Honestly, it was so lovely to have them back.  Wonderfully familiar and nostalgic and exactly what we need right now.  Lots of the old jokes as well as new cast members to shake things up a bit.  The storyline (less important than you’d think!) was roughly based on Dick Turpin, but really is more about the singing, dancing, comedy and vibrant camaraderie on stage that the audience are encouraged to feel part of. 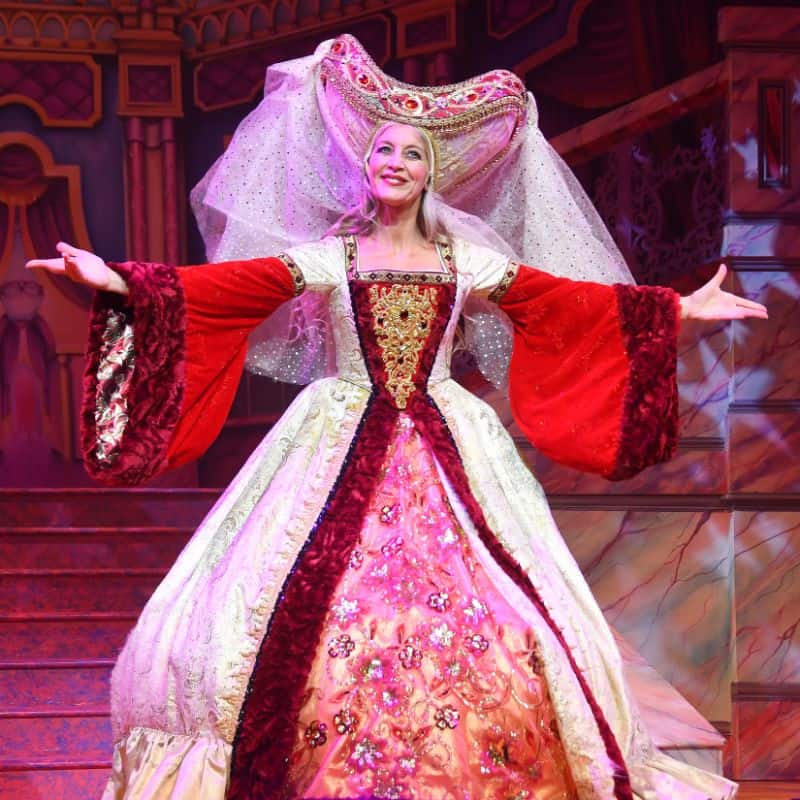 There is plenty of fun for the kids too, we particularly liked the big song at the end of the first half, with the most magical flying horse you have ever seen!  (Marvellous!). 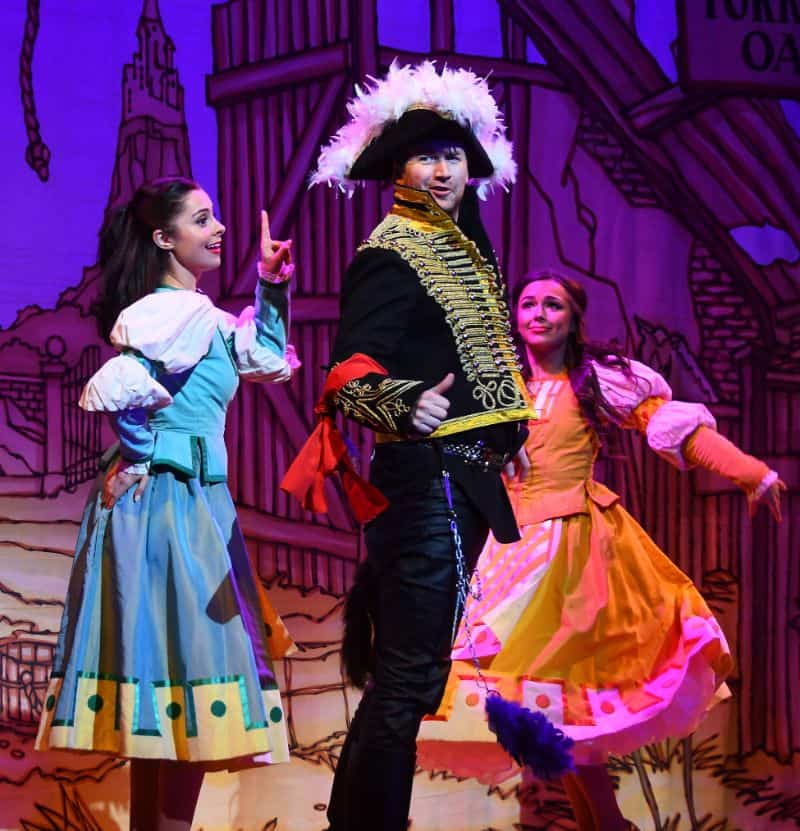 Christmas isn’t Christmas without a panto visit and the chance of catching a Wagon Wheel.  A glorious reunion with old friends – long may it continue!

Grand Opera House are delighted to announce York legend Berwick Kaler will be bulk buying Wagon Wheels, dusting off his frocks and making his much-anticipated, triumphant return to pantomime to star in Dick Turpin Rides Again this Christmas!

The star of pantomime in York for 40 years, Berwick’s critically acclaimed performance as dame has solidified his reputation as a true York institution having delighted generations of festive theatregoers every year, winning rave reviews from critics and audiences taking him to their hearts. Dick Turpin Rides Again marks his first pantomime at the Grand Opera House.

Having made his York pantomime debut as Ugly Sister in Cinderella in 1977, Berwick has performed, written and directed panto in the city ever since, calling out his iconic catchphrase ‘me babbies, me bairns’ and met with adoration from local audiences at every performance. A star of the stage since he left his native Sunderland as a teenager, Berwick has been a mainstay in theatre ever since, appearing in London’s West End and regionally, making television appearances in iconic comedies such as The New Statesman and Auf Wiedersehen, Pet and even featuring in the Hollywood blockbuster A Knight’s Tale. In 2012 he was featured in Michael Grade’s acclaimed documentary A History of the Pantomime Dame, which was aired on BBC Four.

for the very first time, the world’s biggest pantomime producer, and the Olivier Award winning team behind pantomimes across England, Northern Ireland, Scotland and Wales, and at the world famous London Palladium each Christmas. Dick Turpin Rides Again will feature Qdos Entertainment’s hallmark of high-quality production values and special effects, whilst staying faithful to Berwick’s renowned approach to the genre and to local York audiences.

Speaking on the partnership, Qdos Entertainment’s Managing Director Michael Harrison said: “We are absolutely delighted to be embarking on an all-new pantomime partnership with our colleagues at the Ambassador Theatre Group, Grand Opera House and, of course, Berwick and the gang. Berwick is an undeniable master in the world of pantomime, with his own inimitable style and approach and we are delighted to be working closely with him and the cast to bring back the magic for which they are best-known.”

Qdos Entertainment Chairman, Scarborough based Nick Thomas MBE, added, “I am thrilled to welcome Berwick, a true Yorkshire theatre legend, to the Qdos Family. Qdos Entertainment has had a long association with Yorkshire, it is my home county, and with our production and wardrobe teams based in Scarborough and Beverley, forming this new relationship with Berwick and the Grand Opera House is especially exciting”.

Speaking on his casting Berwick Kaler said: “Qdos Entertainment have come to the rescue of the most lauded pantomime in the country having found us a new home at the Grand Opera House in our beloved City of York. To make this a success we need you – the most articulate and loyal audience in the entire country. We can go forth with a management that believes we have enhanced the reputation of a local pantomime that has caught the imagination of young and old, from all walks of life.”

Grand Opera House York’s Theatre Director, Rachel Crocombe-Lane, adds: ‘Qdos brings both world-class expertise and also a Yorkshire heart, being based in Scarborough; the perfect combination together with this talented cast. As a venue team, Pantomime is our favourite time of year because of the friendship with the company and also the joy and devotion of our audience. We are proud of these new partnerships, excited for the future of our Pantomime and will be ready altogether to really blow your Christmas socks off!’

Dick Turpin Rides Again will play at Grand Opera House from Saturday 12 December until Sunday 10 January 2021, with tickets going on sale for ATG Theatre Card holders from Tuesday 11 February, and on sale generally from Friday 14 February. Berwick Kaler will be making a personal appearance at the theatre Box Office as it goes on sale at 10am on the 14 February, and will sell the first tickets to the show.