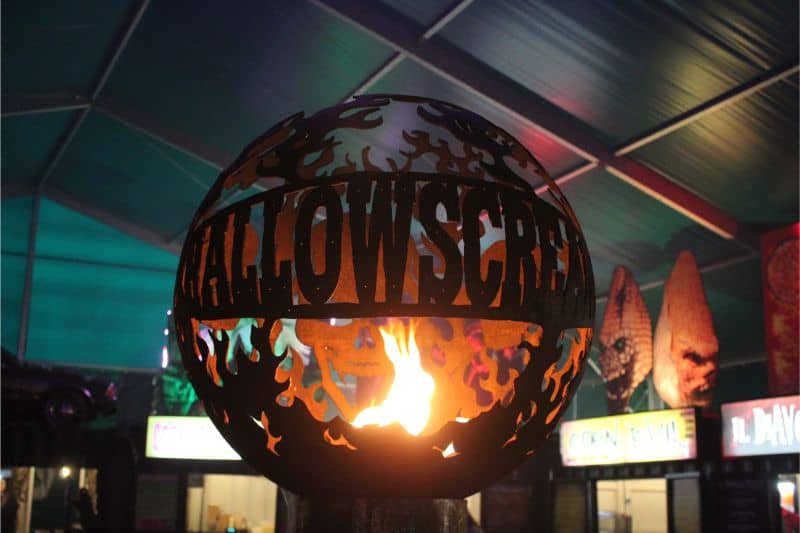 York Maze have been doing the extremely successful Hallowscream event for many years, but this year is the first Hallowtween event aimed at ages 10 to 15 and adults of a more nervous persuasion!  Now, full disclosure, I have never been to a scare maze before.  To be honest, I’ve always been a bit of a wuss.  I like the idea of them, but just have not summoned up the courage.  This year, when the invite came through and my children were in the right age bracket I decided to go for it.  (Well, in fairness, I thought if I was too scared when I got there, I’d just send them in with hubby!).  I’ve made a video (without spoilers!) so you can get a feel for it without any surprises being ruined:

We were impressed from the start at the impressive entrance with huge balls of fire being shot into the air.  Lots of people were stopping here for selfies. 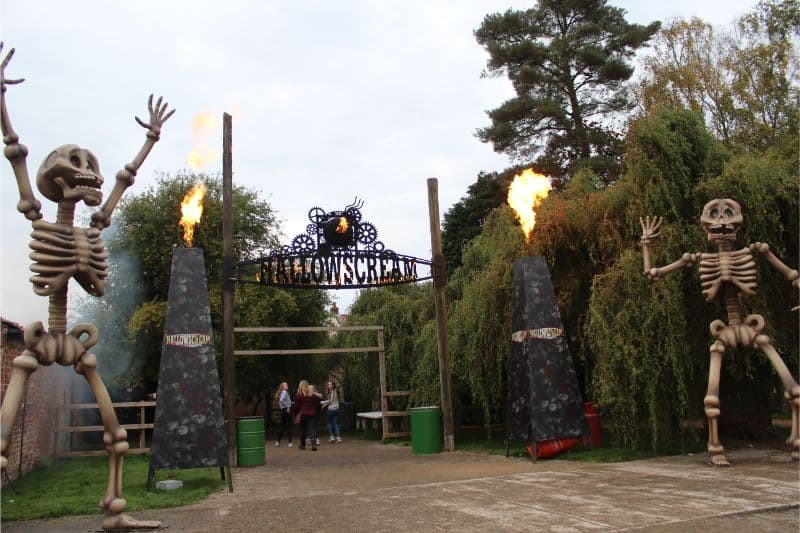 Once inside we were taken into a large hall where we were told then story of the haunted farm and given an idea of what was to come (and a bit of a safety talk).  Then it was onward to the central indoor area where everything from food and drink, music and special effects make-up to the scare houses themselves were housed.  On the way Miss H stroked this marvellous owl (there were snakes and lizards too): 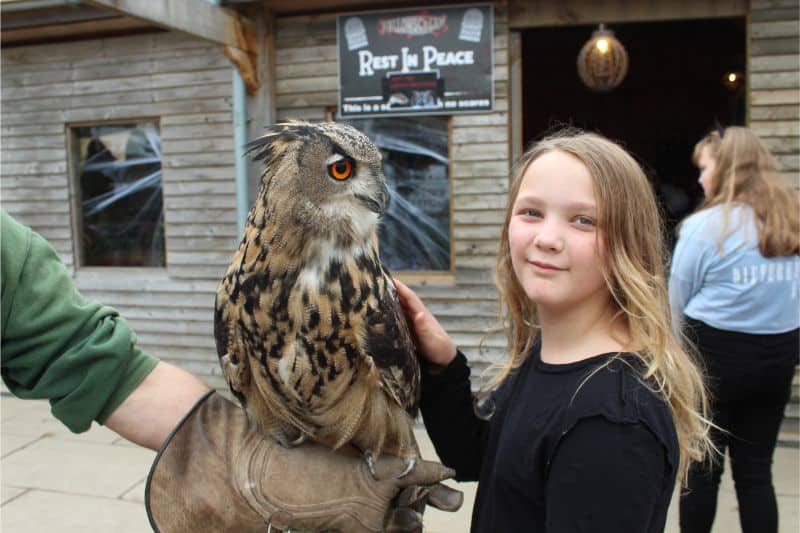 There were scary actors wandering about, they all made a point of stopping and (in character) chatting to us. 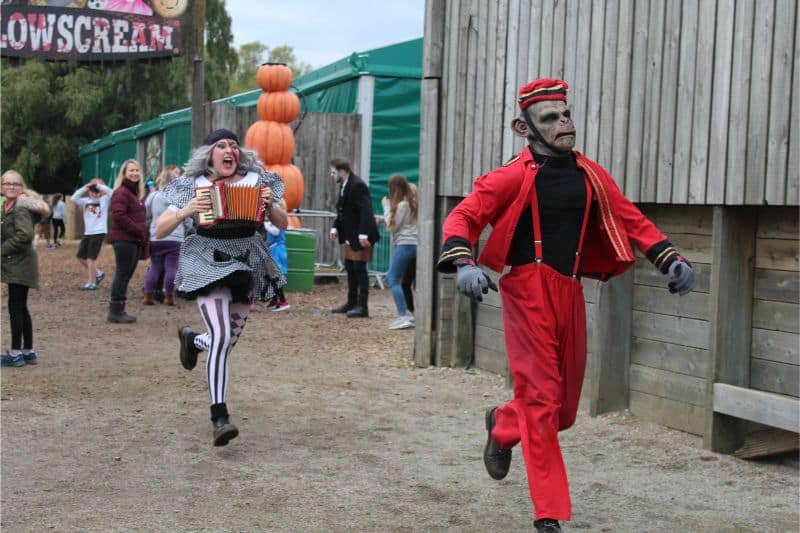 In the main hall lies the entrance to all the scare houses.  These really are the main entertainment.  There are three in total and you can only go in each one time (you have a card that is marked when you do).  I’d recommend you start with Corny’s CornEvil.  If you’ve been to York Maze in the past and have visited the House of Cornfusion then Corny’s CornEvil will be familiar to you.  I found this really reassuring as I wasn’t sure what to expect and whether I could cope with the scares or not.  It’s much scarier than when it is the House of Cornfusion and the path you take through is different but you can recognise parts. 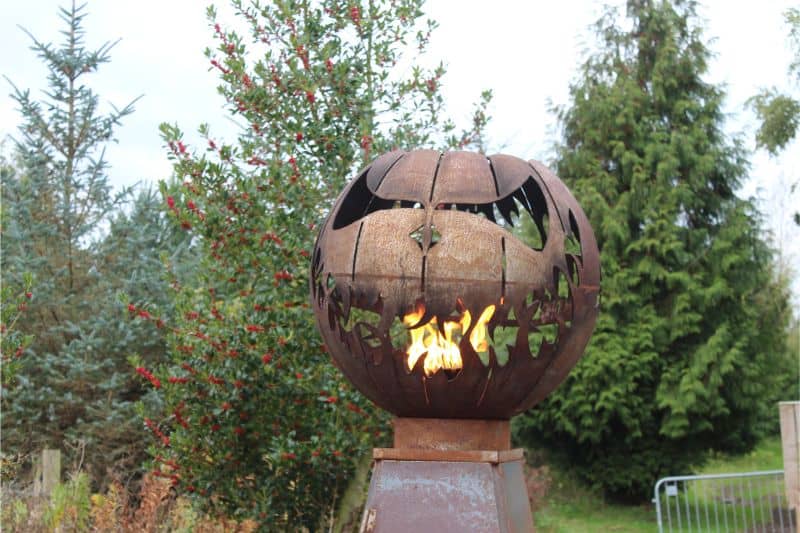 Then I’d recommend you moving on to Barnageddon 3D.  This is great fun like Corny’s CornEvil with lots of interesting twists and turns whilst wearing 3D glasses to heighten the experience plus a possibility of getting wet! 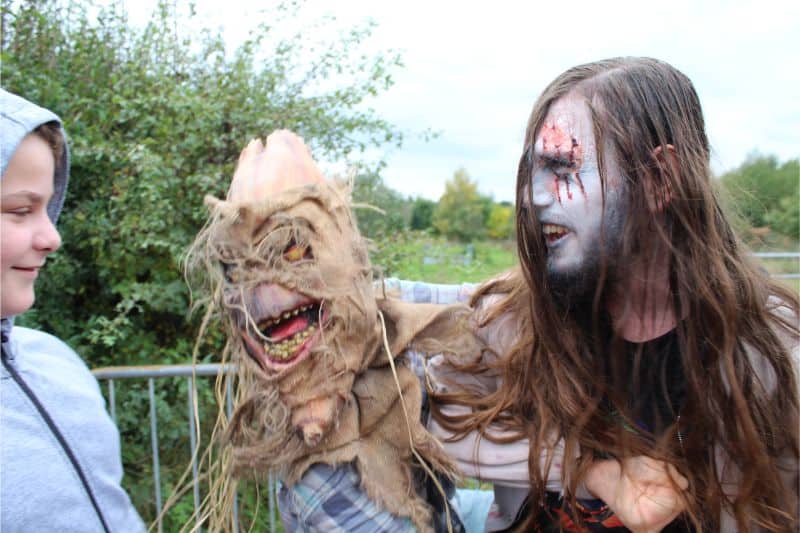 Finally at Hallowtween, there is ‘The Singularity’.  Now this one is FAR more intense than the other two and definitely should be left until last.  It’s very loud in there, there is strobe lighting and lots and lots of smoke!  The smoke is so intense in some parts that you genuinely can not see where you are going, and to make matters worse, the walls can give you electric shocks!  I loved it but it was very full on and I think if there had been actors in there like there is for Hallowscream then I’d be a quivering wreck afterwards! 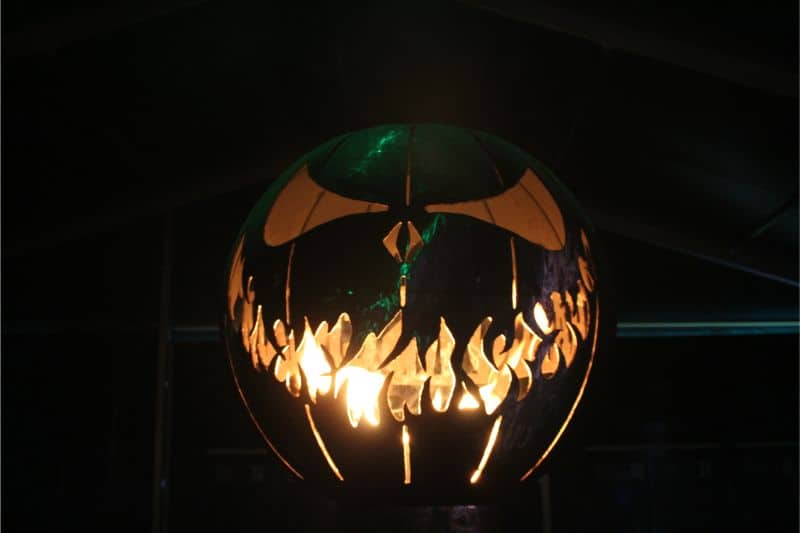 There are some extras in the main hall that you need to pay for, like the special effects make up or the waltzers (£3 a go), there is also a ‘Merch’ shop where you can buy scary memorabilia and Halloween decorations. 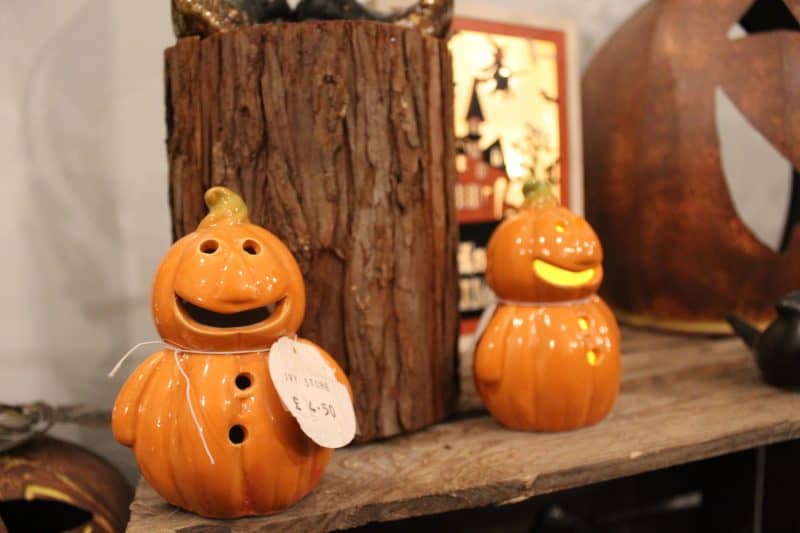 In answer to my original question – is it scary?  Yes, it is a bit!  Don’t take the kids if they are a younger or a bit nervous.  It’s great fun though and we had a scream! (obligatory Halloween pun)!

We were invited along to the press night of Hallowtween at York Maze.  As always, all opinions expressed are my own.

Have a look at our list of other great Halloween events in Yorkshire.