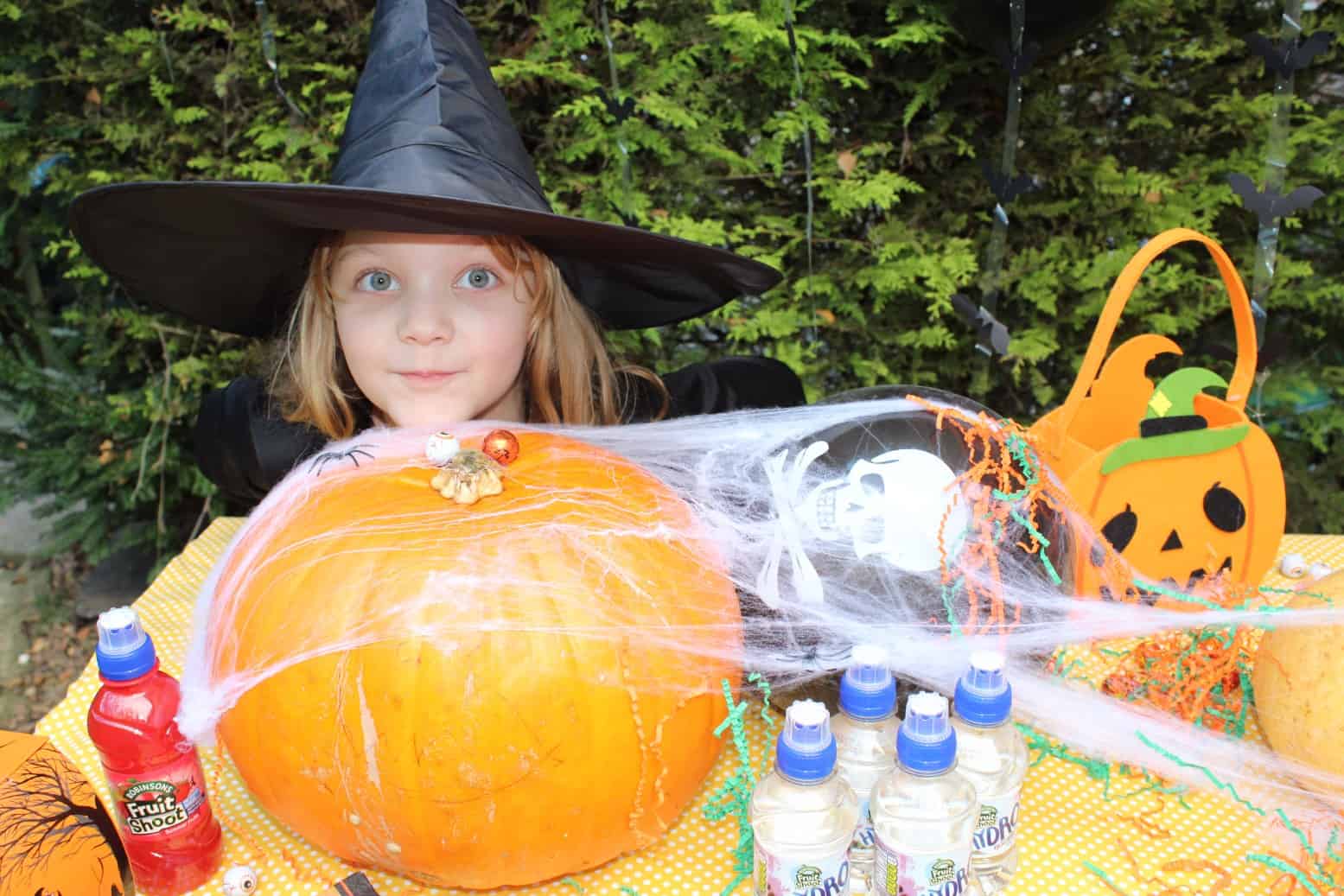 I have probably said it many times, but I love Halloween.  I always have loved it since I was a child and looked forward to it enormously.  I grew up in the 70’s and costumes were not as readily available in the shops as they are now, so I made my own.  Like with so many things, I am envious of my children growing up now with so many possibilities open to them.

When the makers of Fruit Shoot got in touch with me recently asking if I would like to throw the kids a Halloween party if they sent me a hamper of Halloween goodies and a load of Fruit Shoots, of course I said yes!  The children were very excited when it all arrived.  I ration Fruit Shoots normally as they are ideal for packed lunches and if I don’t ration them, they are gone before I can blink, so their eyes lit up at the abundance!

There was all sorts of great things included like creepy spiders webs and spiders.  Miss H once had a set of tiny plastic spiders and decided to prank her dad by taking a log from the fire basket and covering it in said spiders.  She ran to him ‘Daddy!  This one is covered with spiders!’.  Without giving it a second glance he threw it out of the window, tiny spiders and all!  We never found them all and she still holds a grudge!

We got some great vampire teeth which Master T loved and a glow in the dark skeleton, which he thought was hilarious to do this to (my apologies for the macabre nature of the photo!):

We were sent a booklet of Halloween games which had some great classics like apple bobbing in, as well as more novel ideas like ‘pin the heart on the skeleton’.  We were also sent a ‘splat the spider’ game which had a gooey sticky spider that you threw at a chart with scores on.  They loved that!

After the party, we carved the pumpkins and have saved the seeds to plant for our own pumpkin patch next year!

Fruit Shoot: Fruit Shoot is made with real fruit. There’s real fruit in every drop of Fruit Shoot and each and every one is filled with multi-vitamins. Better still, no added sugar, artificial colours or flavourings.