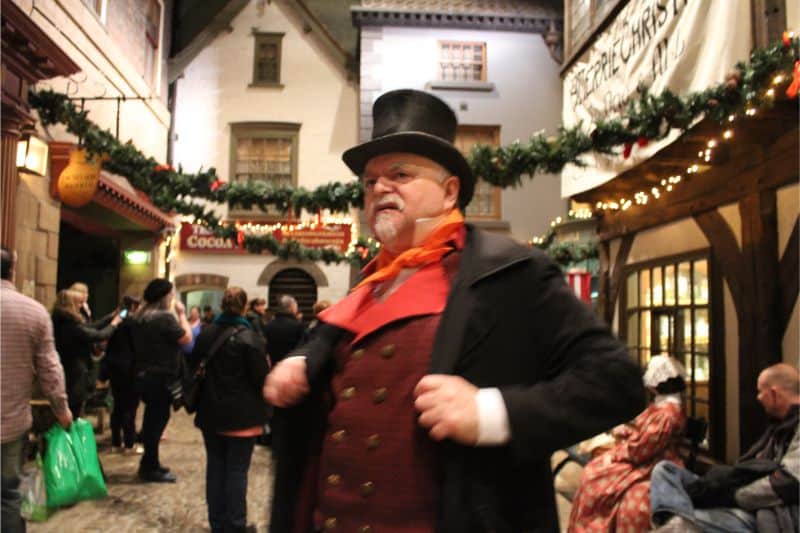 A Dickensian Christmas at York Castle Museum – I have always loved the York Castle Museum and have been an occasional visitor since I was a child. We took the kids when they were younger – you can see that review here. But, this was the first time we had visited at Christmas (but won’t be the last). 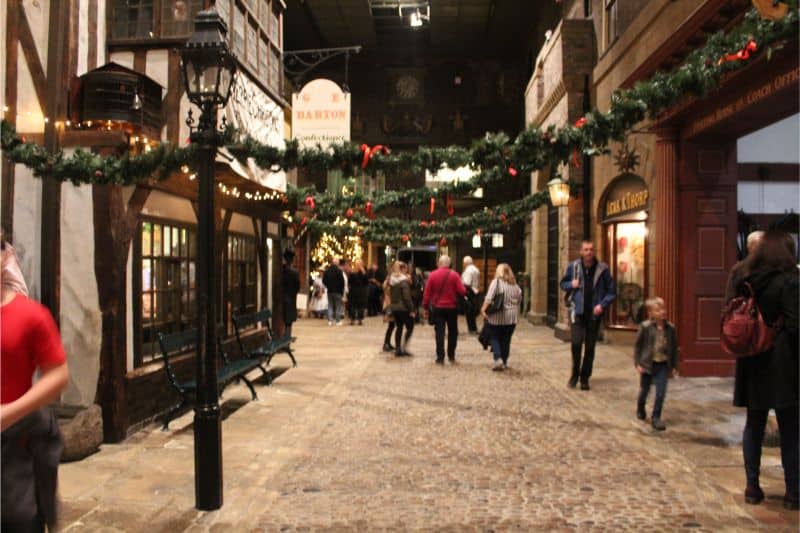 The museum is fab and always worth a visit anyway, but Christmas really brings Kirkgate (York Castle Museum’s recreated Victorian street alive.  There were several Victorian characters wandering around.  The actors were excellent and didn’t break character once.  They were happy to chat to us and the children as you can see from this video.

We had a chat with Fagin’s nephew, who tried to convince Miss H to sneak into one of the shops to unlock the doors for him, but she wasn’t convinced.  Then he entertained her with coin tricks while chatting to her about his adventures. 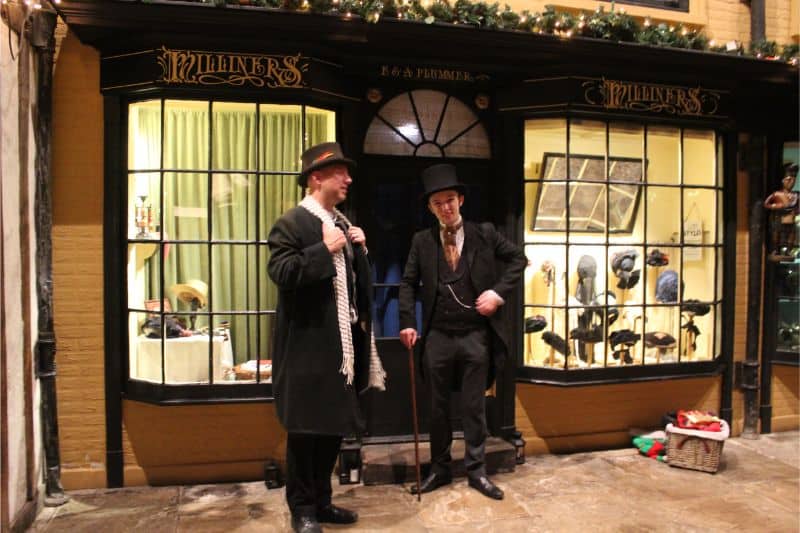 We also took part in their ‘Audience with Father Christmas’ which was a delightful theatrical affair.  To begin with the children were given a cardboard stocking on which to write their Christmas wishes.  Then, the main character appeared and chatted to us while performing magic to light his candles. 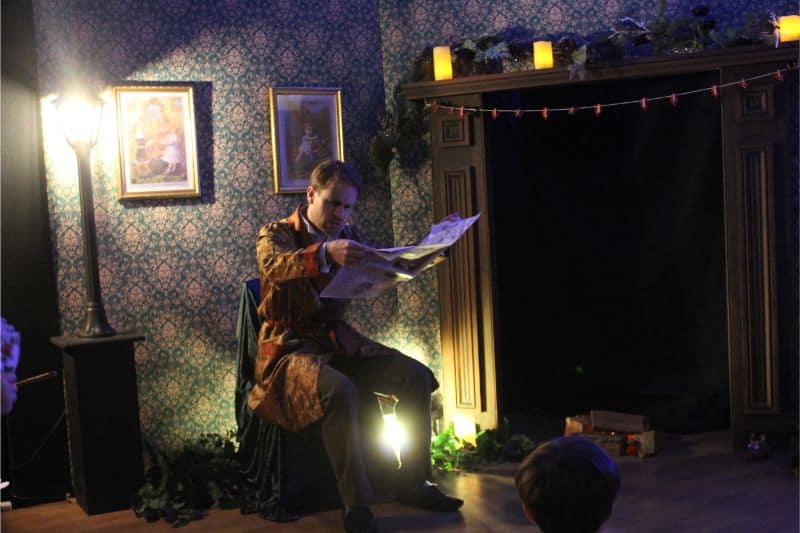 He also invited all the children to come and hang their stockings over the fire, before then regaling us with a beautiful version of ‘Twas the Night Before Christmas. 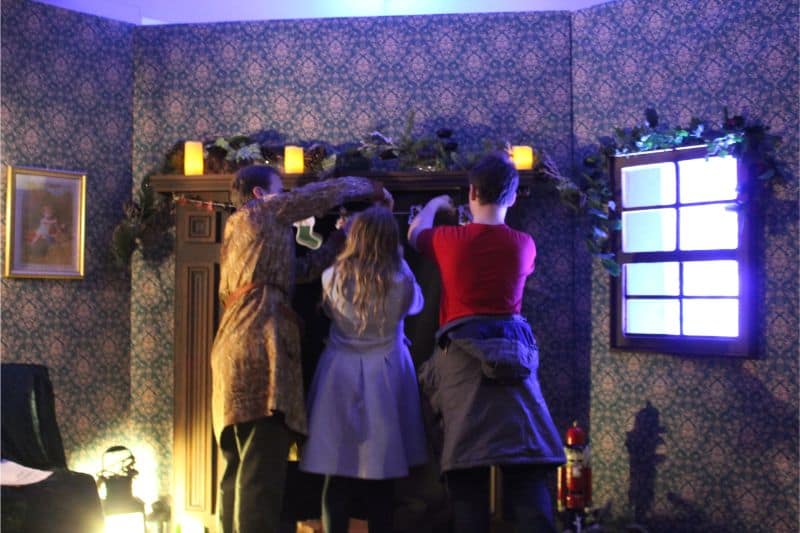 When he got to the part about Father Christmas, the man himself appeared down the chimney! 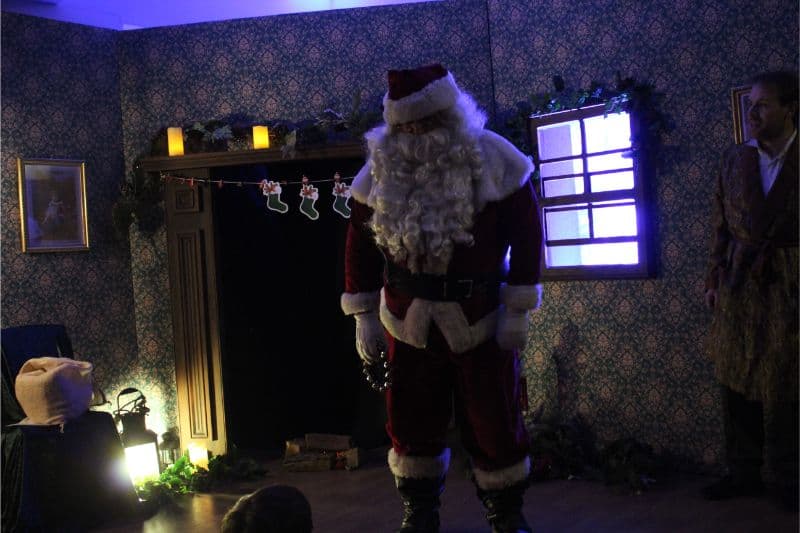 Father Christmas spent time chatting to the children about their Christmas wishes before giving each a special present.  Anyway, I think I have said enough as I don’t want to spoil it for you.  It was a lovely, gentle, immersive experience and absolutely perfect for younger children.  After our Audience with Father Christmas we headed back onto Kirkgate. 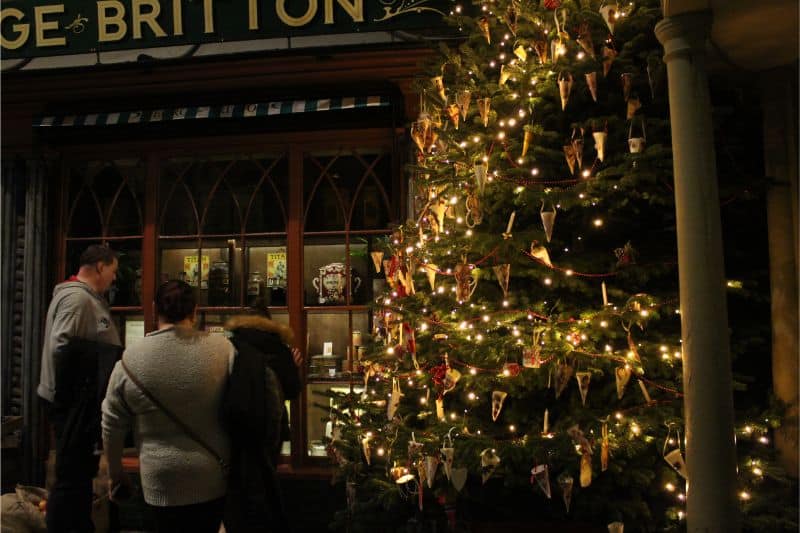 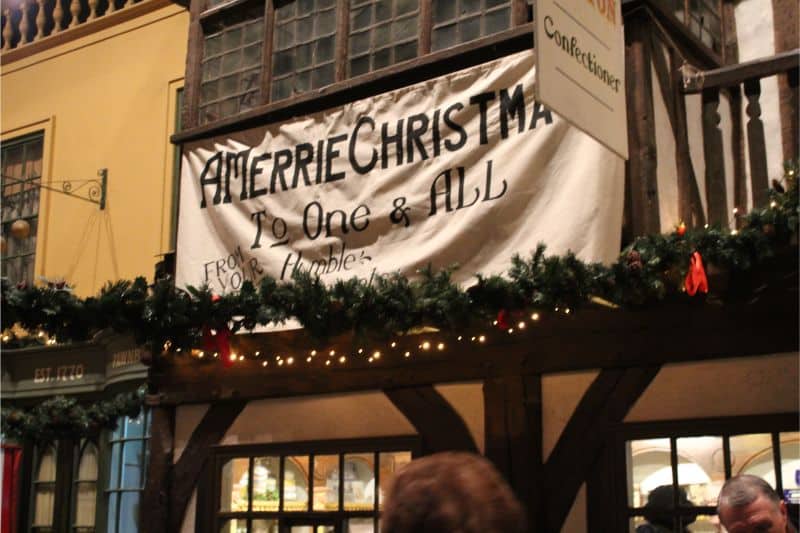 Finally, we managed to catch a ‘Punch and Judy’ show, before heading off to explore the rest of the museum. 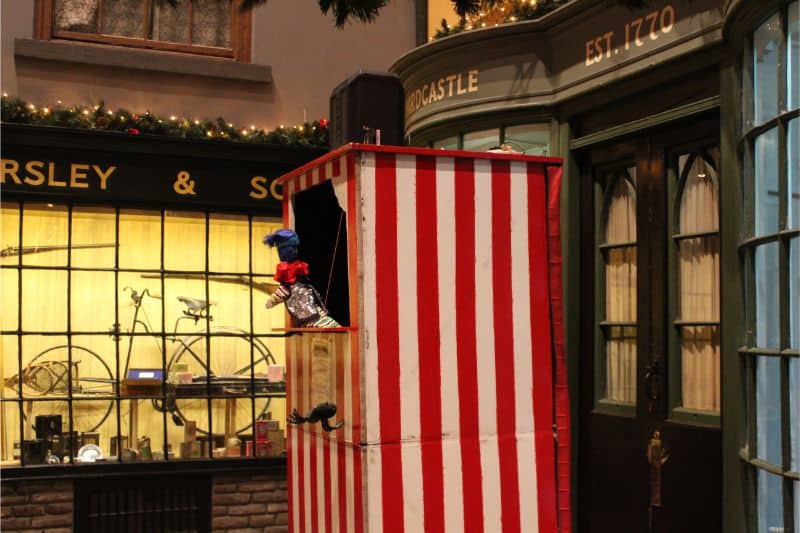 I really enjoyed the theatrical nature of the Audience with Father Christmas, it was more of an interactive play rather than a visit to Santa’s Grotto.  I loved the Dickensian theme and it made me feel very Christmassy! 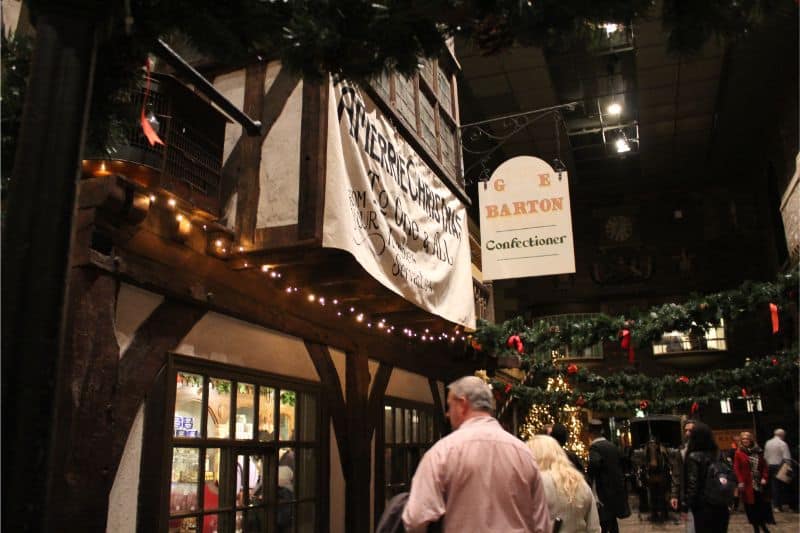 We were invited to visit and review the Castle Museum at Christmas, but as always, all opinions expressed are my own.

Have a look at our round up post for more great ideas for Christmas days out in Yorkshire.