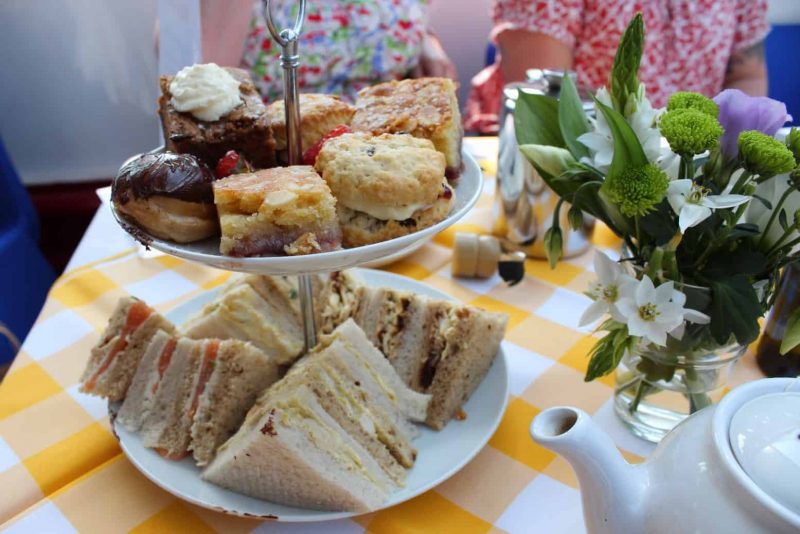 It was a beautifully sunny day, on the day I sampled the City Cruises Afternoon Tea cruise on the River Ouse in York. Myself and my old school friends got together for a good natter and a relaxing trip down the river. 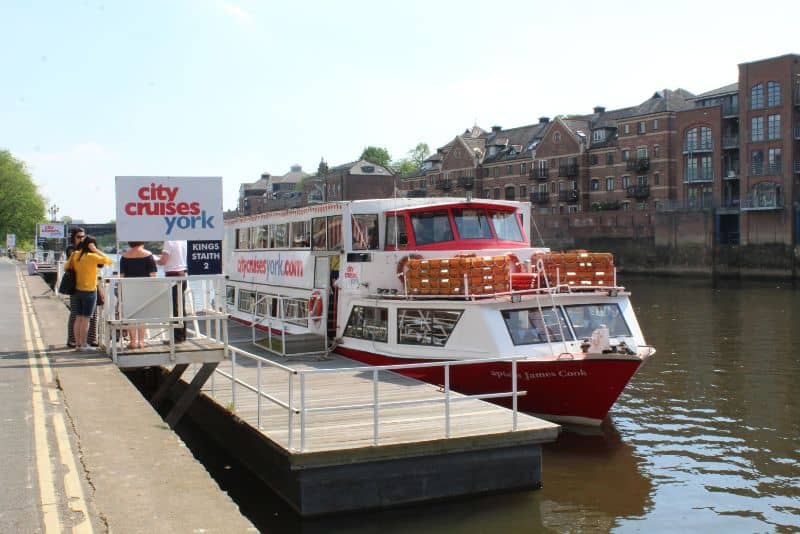 I love afternoon tea and thought this was a great way to combine a lovely trip down the river with sandwiches, cake and a glass of Prosecco. The journey started at King’s Staith, not far from the King’s Arms pub. We boarded the riverboat and were shown to our table. The boat was decorated with bunting for a proper garden party feel. As I mentioned, it was a hot day, so we were glad to have the roof partially removed (but would equally have been glad to have it there if it had been raining!). 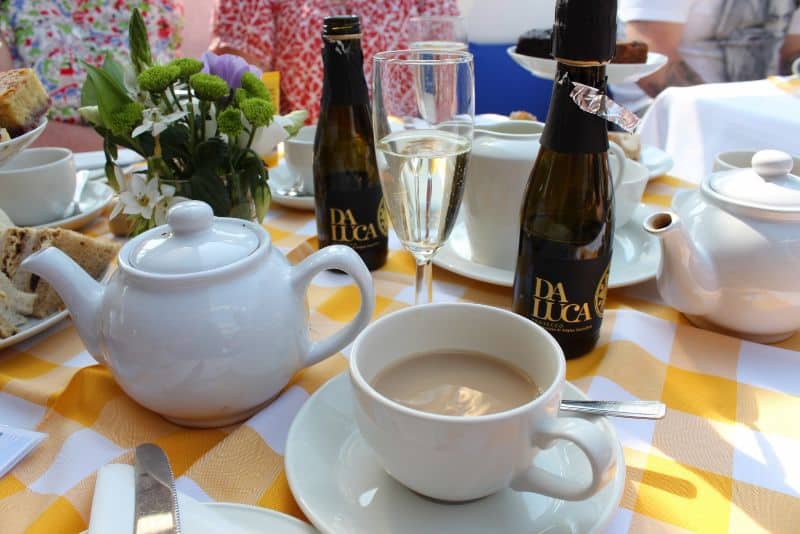 The tables were set up with cups and saucers and a very pretty pot of fresh flowers. The afternoon tea itself was already on the table but protected and covered. Then we were brought cute bottles of Prosecco each, before being offered tea or coffee. Free refills were available throughout the cruise. 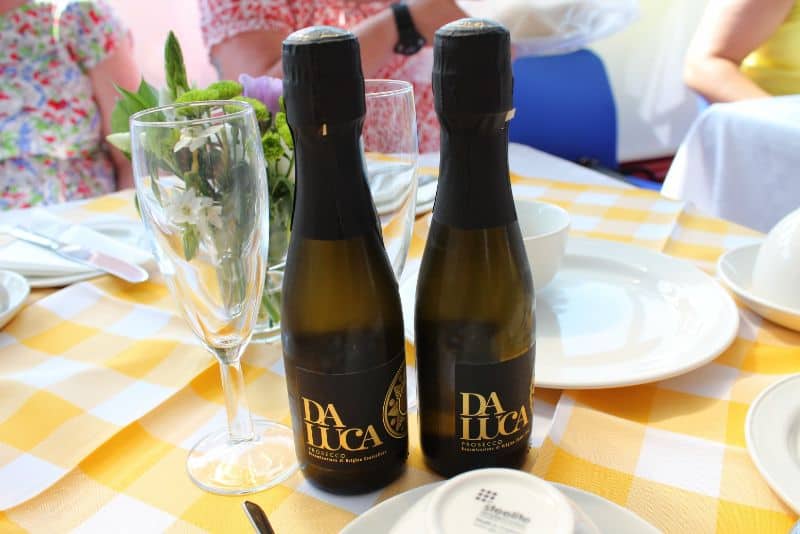 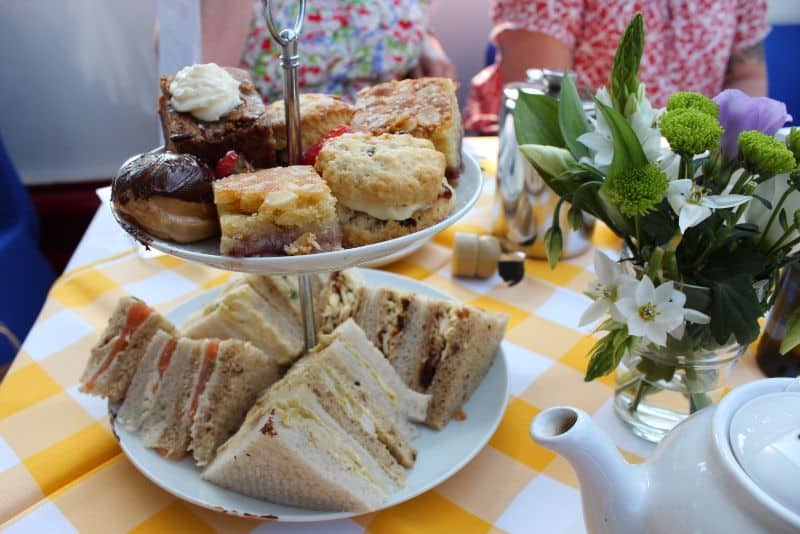 Then there were carrot cake, profiteroles and scones with jam and clotted cream.

The cruise itself lasts almost two hours and you journey first towards the North before turning back, cruising back through York and heading South to Bishopthorpe Palace, home of the Archbishop of York. 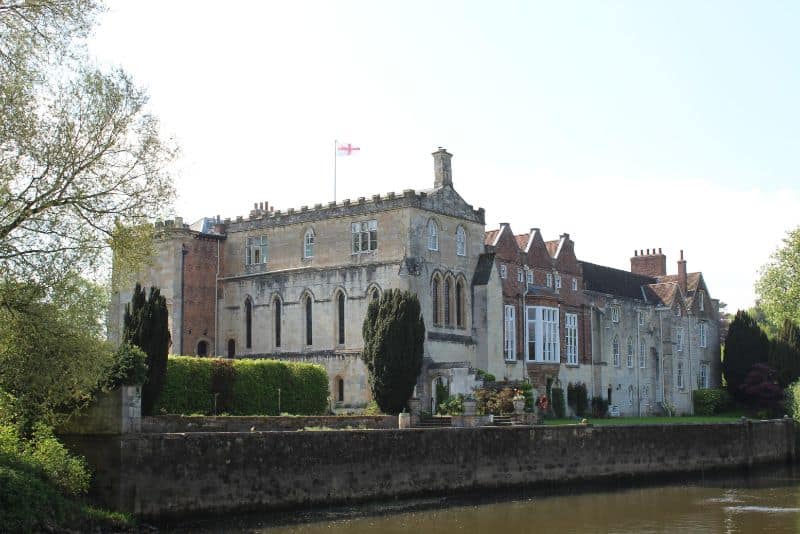 York really looks very different when seen from the river so it was a lovely treat to do so. 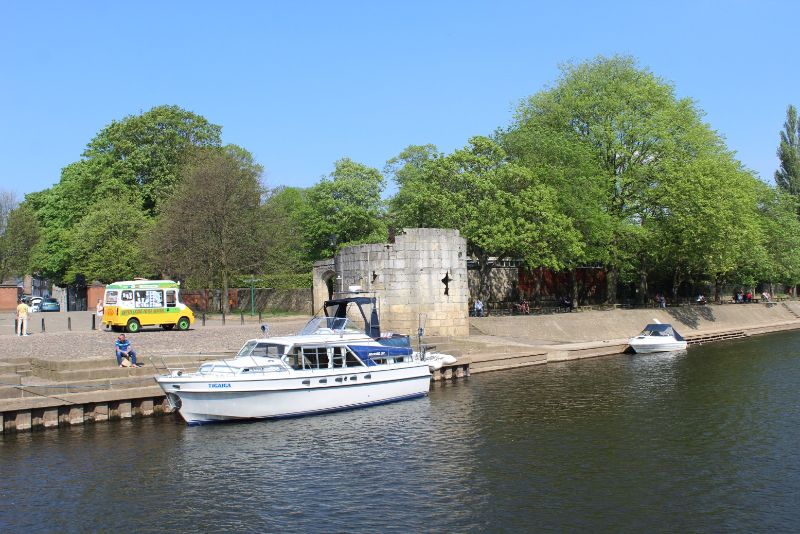 As you go beyond the city itself the riverbanks become lush and green and you can spot wildlife.  We saw a mink just outside Bishopthorpe Palace (though I wasn’t quick enough to get a photo of it!). 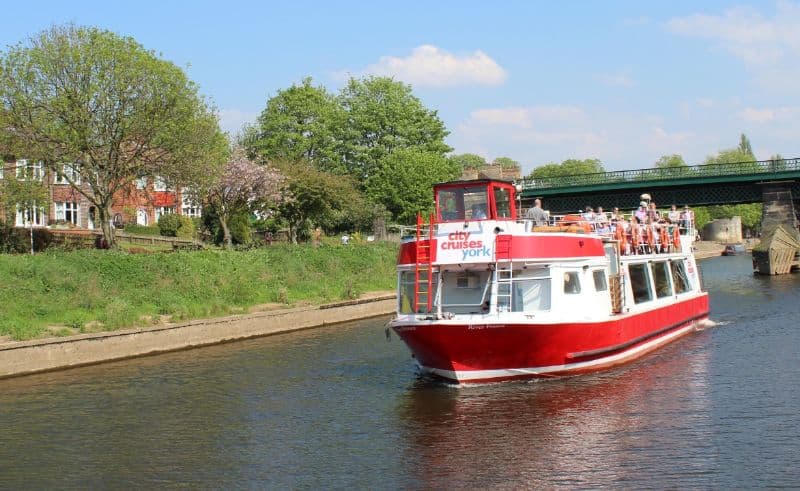 We spent a lovely afternoon on the river and it just gave a little more novelty to a traditional afternoon tea. 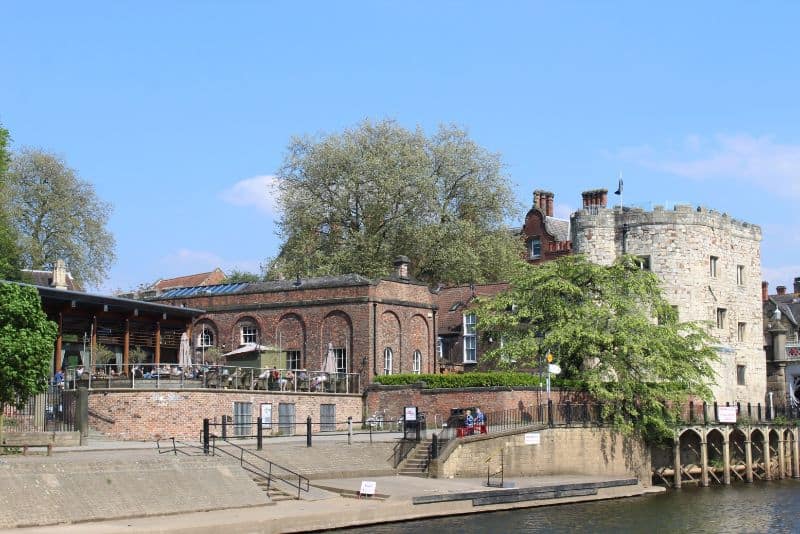 We were invited for afternoon tea on City Cruises, York, but as ever, all the opinions expressed are my own.

If you like Afternoon Tea, have a look at my round ups of the best afternoon teas in York or Stratford upon Avon.

Or look directly at my Afternoon Tea reviews of The Principal Hotel in York, The Ivy in York and the Black Swan Hotel in Helmsley.