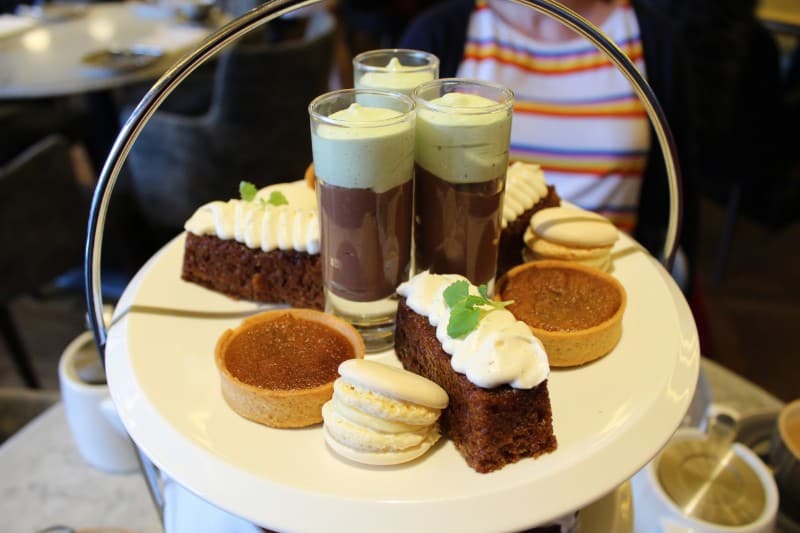 Afternoon Tea at The Grand, York – There is something so elegant and quintessentially English about afternoon tea. It’s a tradition that goes back to the early 19th Century when Anna, the 7th Duchess of Bedford set a fashion for taking sandwiches and tea in the afternoon.  The Duchess was a lifelong friend of Queen Victoria and served for her as a Lady of the Bedchamber.  Afternoon tea became a fashionable social event. During the 1880’s upper-class and society women would change into long gowns, gloves and hats for their afternoon tea which was usually served in the drawing room between four and five o’clock.  That feeling of elegance and refinement lives on in today’s afternoon tea and I think that is why we cherish it. 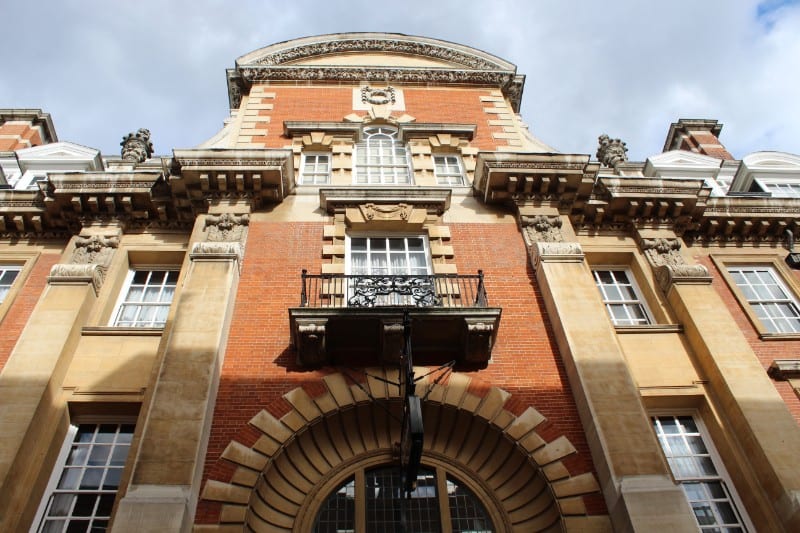 I recently visited The Grand, York for a Spa morning and Afternoon Tea.  After the Spa, we headed upstairs to the Rise Restaurant to sample the Grand Afternoon Tea. We were deferentially shown to our table before being handed the afternoon tea menu in order to ascertain our choice of tea. I favour a light Earl Grey, whilst the friends I dined with (Philistines!) plumped for the English Breakfast whilst muttering under their breath about preferring ‘builders tea’. However, I digress, our tea was brought quickly afterwards, followed by the three tiered delight of the afternoon tea itself. 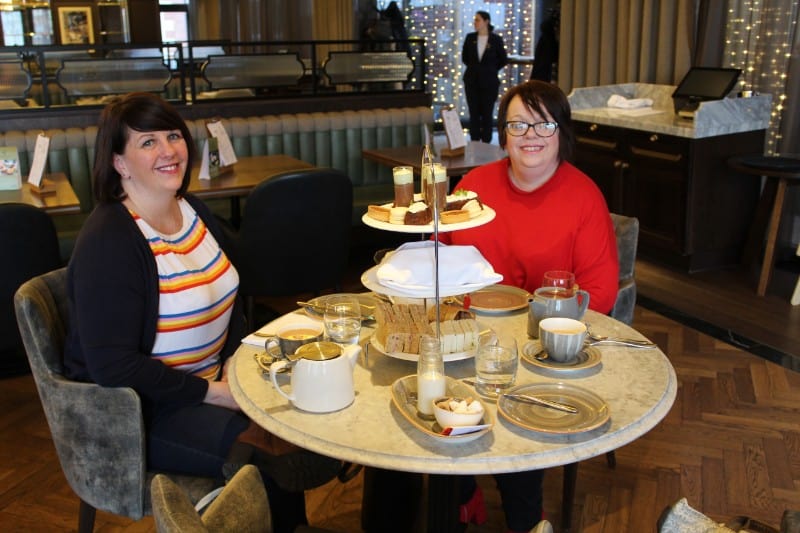 The base layer comprised of smoked salmon and dill, ham and grain mustard and cucumber and chive cream cheese sandwiches.  I am a huge cucumber and cream cheese fan, so that was lovely, but my favourite was the warm cranberry and fennel sausage roll. 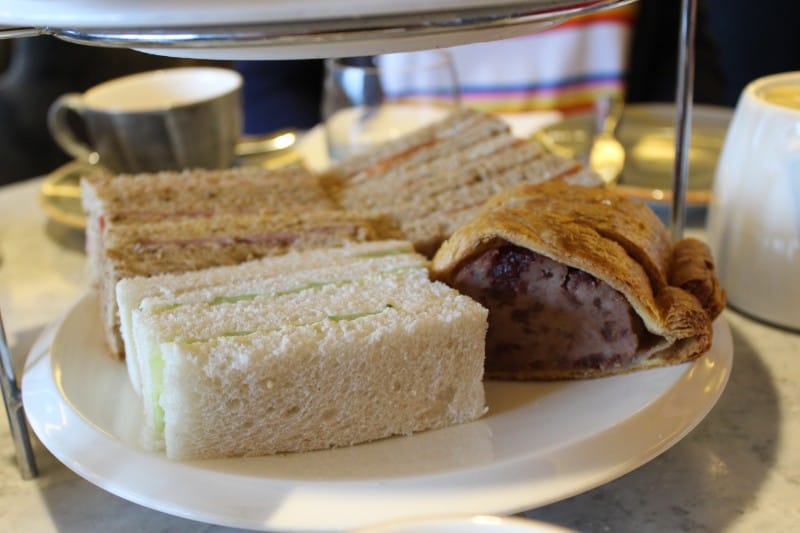 The middle layer consisted of two freshly baked scones each (one blueberry, one plain) with jams and clotted cream, does an afternoon get any better?  The scones were lovingly wrapped to keep them nice and warm! 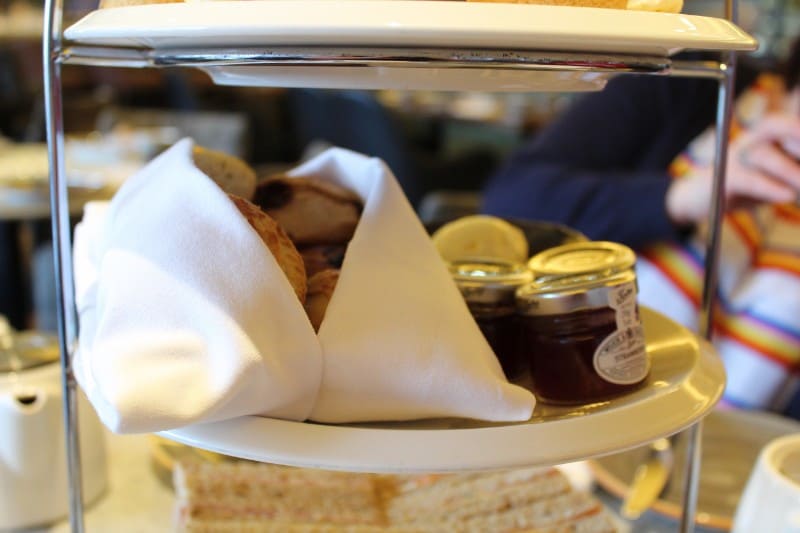 Finally the top (and most showy) layer consisted of a lemon and white chocolate macaron, a dark chocolate and pistachio pot de crème, apple and frangipane tartlet and a carrot cake with spiced cream cheese and shaved walnut.  My favourite here was the pot de crème in tiny little shot glasses.

The Rise Restaurant itself is stylish with an Art Deco vibe. There are comfortable sofas too next to a wall of glass that leads outside to comfortable chairs and tables overlooking the Bar Walls that must be very popular on a warmer day, and in the evening too I imagine. 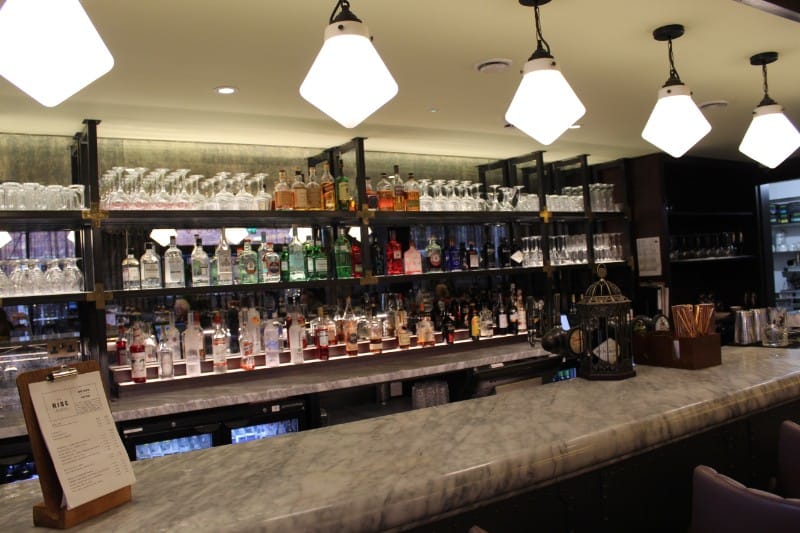 A Spa Afternoon Tea costs just £40.50 per person and includes a session in the Spa and then Afternoon Tea, and I think that is excellent value.  Also, do have a look at my post of the other afternoon teas available in York.

The Grand, York invited us to attend and review.  As always, all opinions expressed are my own.