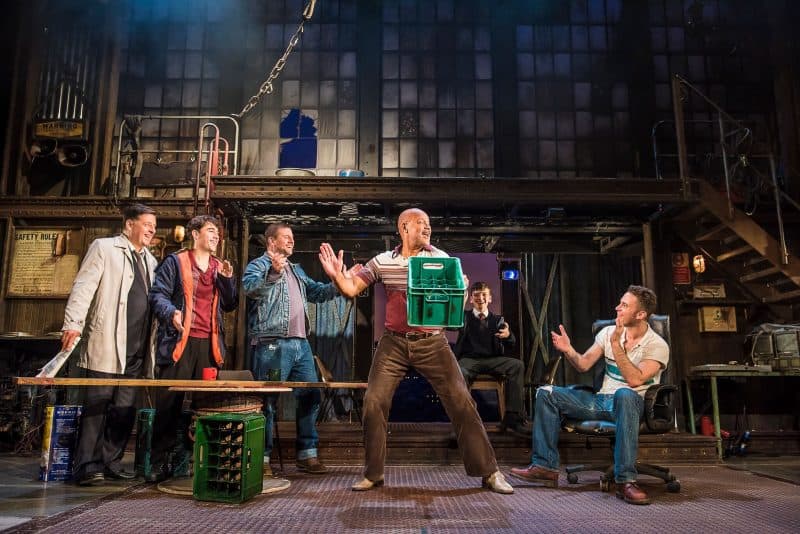 Last night my buddy Hannah and I trotted off to the Grand Theatre Leeds to watch the stage adaptation of one of the most acclaimed Yorkshire, nay British films – The Full Monty.

It may have been 22 years since the film was originally released but it has only been a couple of years since the stage show last hit Leeds, with most of the same cast as we would be seeing tonight.
They must be doing something right! 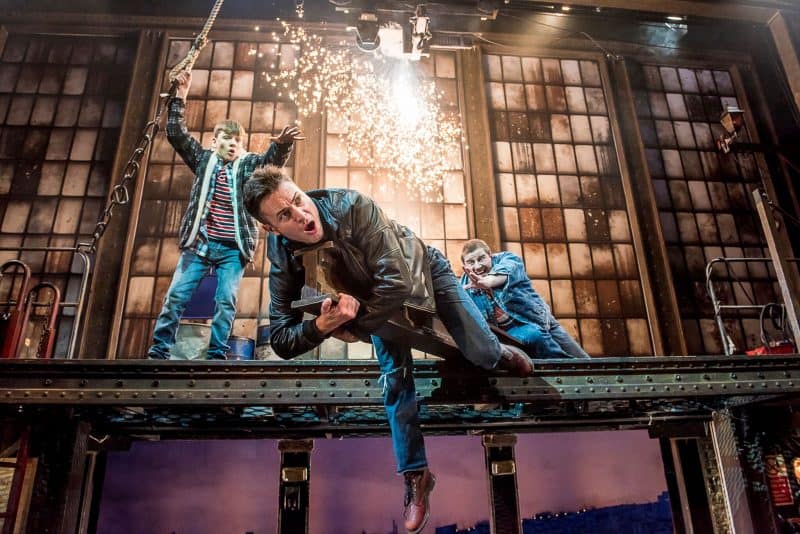 If you’ve never seen The Full Monty, where have you been? In brief, it focuses on the lives of six unemployed men in Sheffield, hit hard by the recent closures of the steel mills.
Desperate and lacking self esteem they come together, some more reluctantly than others, to become strippers in order to make money – however they are strippers with a difference, they go The Full Monty!

I must confess to being apprehensive at first, after all I’m not the kind of woman who enjoys a ‘girls night’ or The Chippendales – then I reminded myself, this is a stage adaptation of a film, it’s not an ACTUAL strip show. Unfortunately the woman in front of us hadn’t got that memo and was half a glass of wine away from throwing her undies on stage!

That, however, is neither here nor there.

The first twenty minutes or so were slow, and though humorous also quite dark – saying that, it perfectly set the scene as to what was going on in the lives of the characters, and so was ultimately necessary.

We are given an insight into the desperation of each character. Gaz (Gary Lucy) hasn’t been able to keep up with child support payments, Dave (Kai Owen) is suffering with low self esteem. Lomper (Joe Gill) is saved from suicide and Gerald (Andrew Dunn) has been hiding the fact he’s been made redundant from his wife for six months.
Soon enough ‘Bums of Steel’ are formed and they audition other members. They’re swiftly joined by Horse (Louis Emerick) who can dance (but is ironically named for the same reason tall people are called Titch) and Guy (James Redmond) who can’t bust a move but can *ahem* bring a LOT to the table…

…The Lunchbox has landed

I am going to be honest, I struggled to understand a word of Gary Lucy’s gruff ‘Yorkshire’ accent at first. I did see on social media he had been suffering with a sore throat and a quick look at the press videoon YouTube confirms his accent is usually pretty convincing.

The tone was set and the pace picked up.
A classic soundtrack, abundance of colourful language and dry Yorkshire humour guide us through issues including impotence, suicide, homosexuality, marital breakdown and dads’ rights.

We are made to feel invested with the characters as we watch them move from hopelessness to hope – through bonding friendships and a strong father/son relationship between Gaz and Nathan (fantastically played by
The affinity is such that it’s impossible not to beam with pride on their behalf when we see these six men, once with nothing to lose, overcome all adversity and pull off the performance of their lives…and their trousers!

The question I have been asked most of all is ‘do they really let it all hang out?’

Well…you’re just going to have to see the show and find out for yourself!