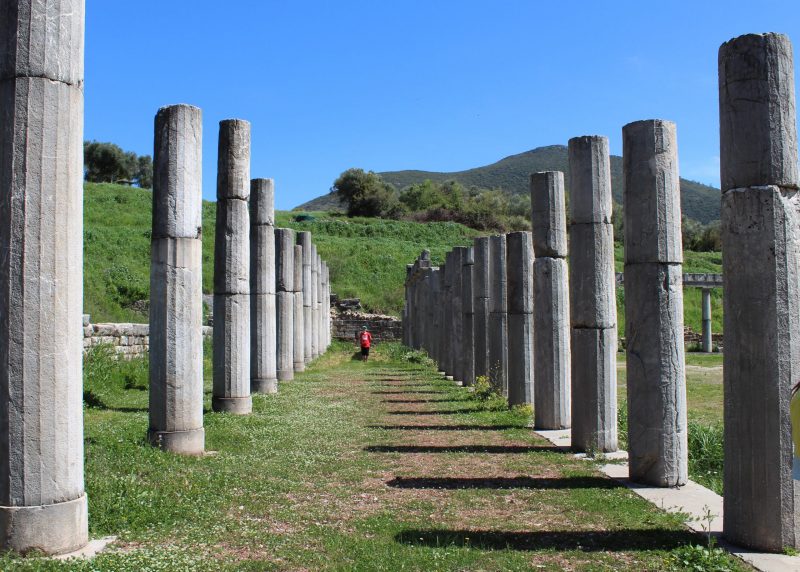 Sparti has been growing in popularity with tourists over the past few years, and you’ll quickly understand why when you cast your gaze on the picturesque landscape surrounding the town.

Not only is Sparti located in the beautiful Greek countryside, but it is also a town steeped in history and is on the same site as the ancient city-state of Sparta. The city-state was made famous by the performance of its troops in the second Persian invasion of Greece around 480 BC, which was immortalised in popular culture by the film 300.

300 itself was based on a comic book by the same name and is about the last stand of Leonidas and a small group of Greek soldiers that managed to hold off a massive Persian invasion force for two days before being destroyed. Despite the fact the Greek troops lost, the battle is used by scholars to this day as an example of the power of a patriotic and well-trained army defending its homeland.

The story has captured the hearts and minds of millions of people around the world. Its popularity has led to many retellings by different industries. The gaming industry is especially taken by the time period. It has produced big-budget, AAA games such as 300: March to Glory to allow players to immerse themselves in the story. For mobile gamers there is 300: Rise of an Empire – Seize Your Glory, and the iGaming industry has a popular slot game called 300 Shields Extreme that can be found on many casinos that offer top bonuses, such as 888Casino.

Not only is the town packed with history and culture, but it is also a beautiful little place that is bursting at the seams with things to do, especially if you are a fan of Ancient Greece or the story of 300.

Your first stop should be what is believed to be the tomb of Leonidas, north of the town of Sparti. Excavations carried out in the late 1800s found constructions that were so big and impressive, early guesses were that it was a small temple. It needs to be noted that the site has not been officially verified as Leonidas’ tomb, but local tradition and travel writer Pausanias is adamant it is the site where the famous general is buried. Regardless of its purpose, it is a significant site because it is the only known preserved monument from the Ancient Agora in the city of Sparta.

Next, you should head on to the Archaeological Museum of Sparta but make sure you stop by the statue of Leonidas on your way into the centre of town. The Museum was built 146 years ago and contains a vast array of valuable archaeological collections, not just from Ancient Greece and Sparta. The categories range from prehistoric collections to Roman sculptures and everything in between. Probably the most striking collection is dedicated to the Temple of Artemis, goddess of the hunt.

Despite its connection to the Hollywood blockbuster and its place in popular culture, there is far more to Sparti than just Leonidas and the Spartans. For example, there is also the Sparti Olive Oil Museum, which is a must-visit for anyone who is a fan of olives, olive oil or cooking in general and also located in the centre of town. While you’re in town, do not miss the chance to visit the quaint little Greek restaurant Kapari – be sure to get directions though because it is small and easy to miss.

In terms of accommodation, you can’t really go wrong with anything you choose in Sparti, most of the town’s hotels and bed & breakfasts have excellent reviews, and there are many options to choose from. The Ilaeira Mountain Resort ranks as the #1 best value place to stay in Sparti by TripAdvisor.

All in, Sparti is a small town with a big heart and plenty to offer both people travelling through the area and anyone who has even the vaguest interest in Ancient Greece and the Spartans.