Planet Hollywood Observatory restaurant was opened in early 2017 as part of the regeneration of Disney Springs. 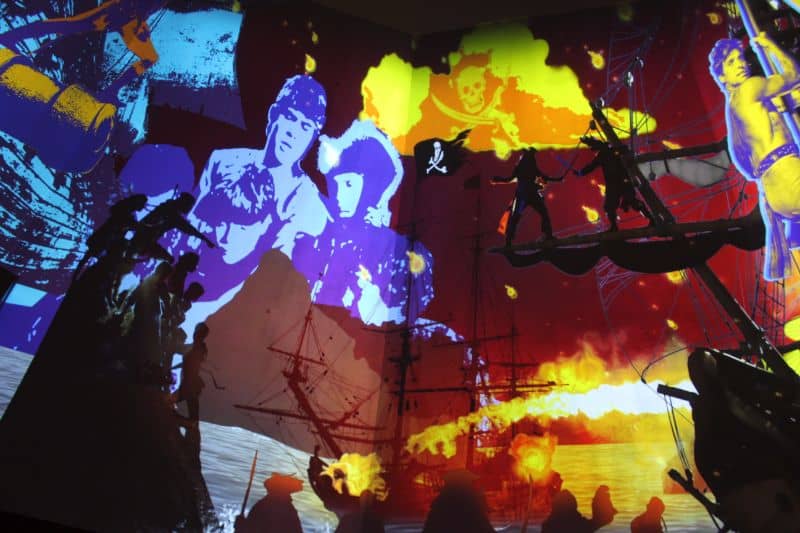 When you first enter the restaurant, it seems like any other. It isn’t until you are seated that you see the full extent of the dome. It’s a huge 4,500-square-foot video wall, where music videos and movies snippets are projected. It’s utterly enormous and difficult to show the scale in a photo. 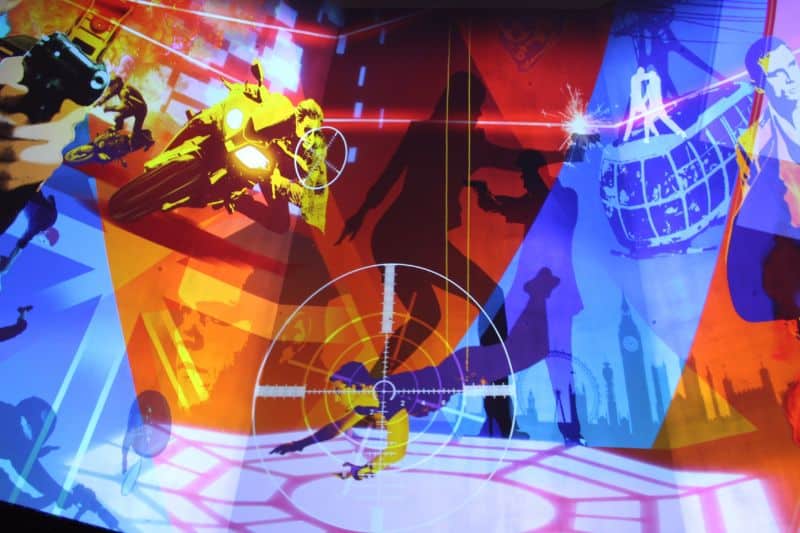 At the end of our meal Let it Go from Frozen came on. This delighted Mr Wonders and appalled Master T in equal measure! 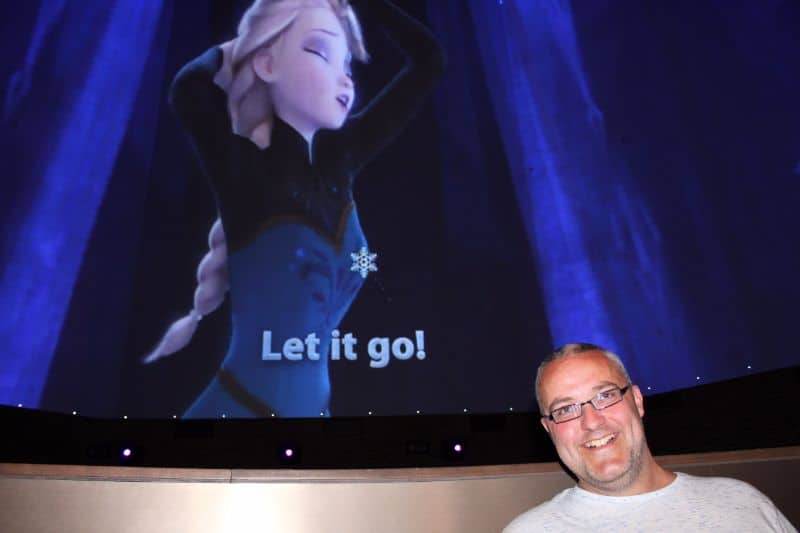 Photos of guests and live video from around the restaurant was also screened which resulted in amused whoops and clapping.

The Menu and Food Photos at Planet Hollywood, Disney Springs

Anyway, to move onto the food! Mr Wonders bucked his normal burger trend and went for the salmon: 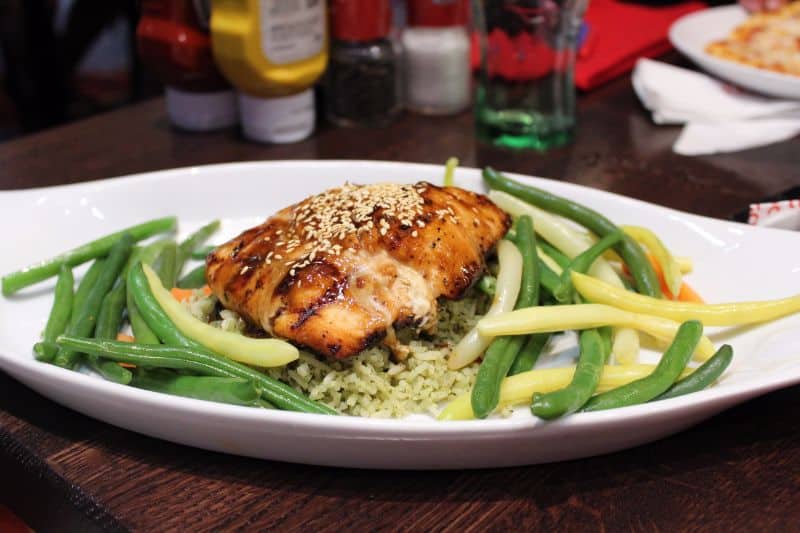 While I, in an effort to redress the balance chose the burger: 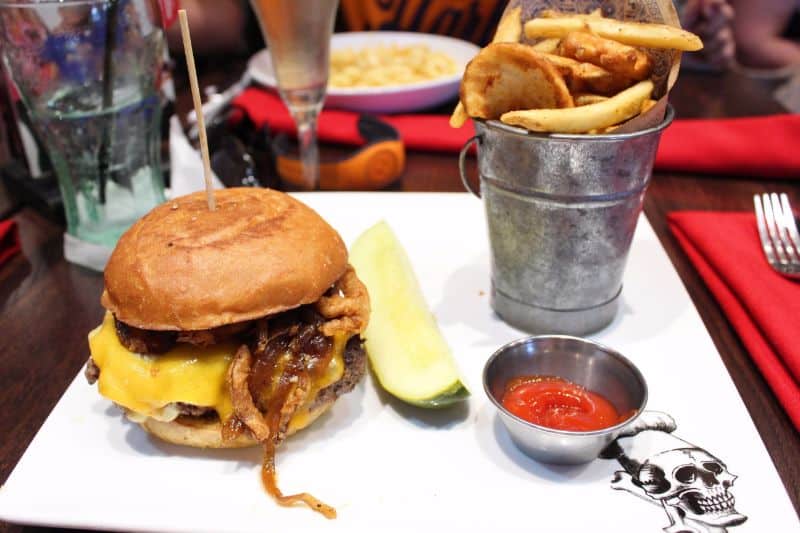 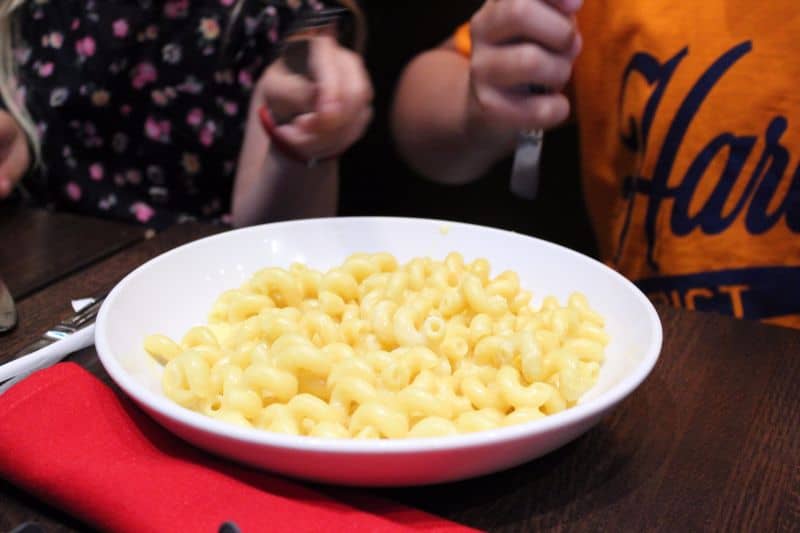 And Miss H plumped for the cheese pizza: 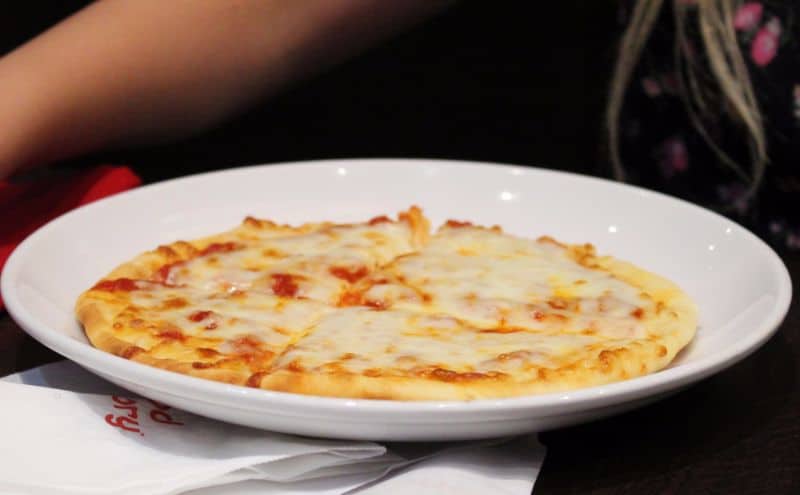 The kids’ dessert was a little underwhelming: 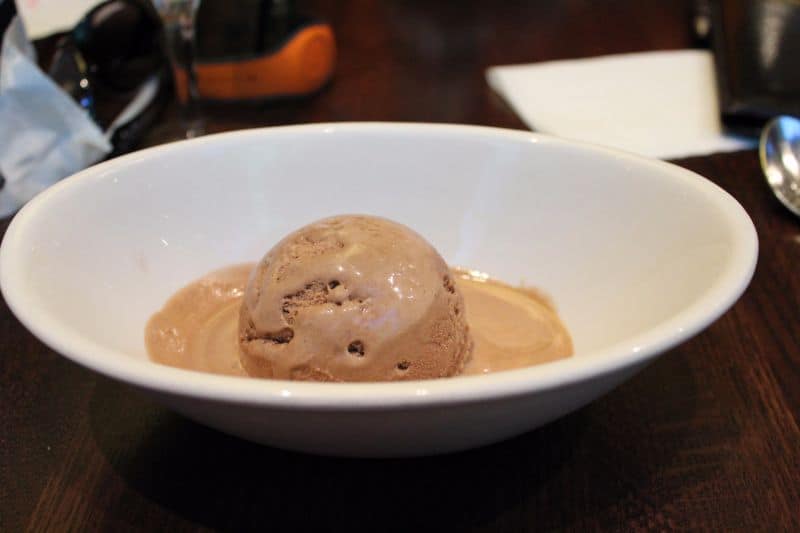 So Master T commandeered my Brownie Cheesecake Star Jar instead which was much more impressive: 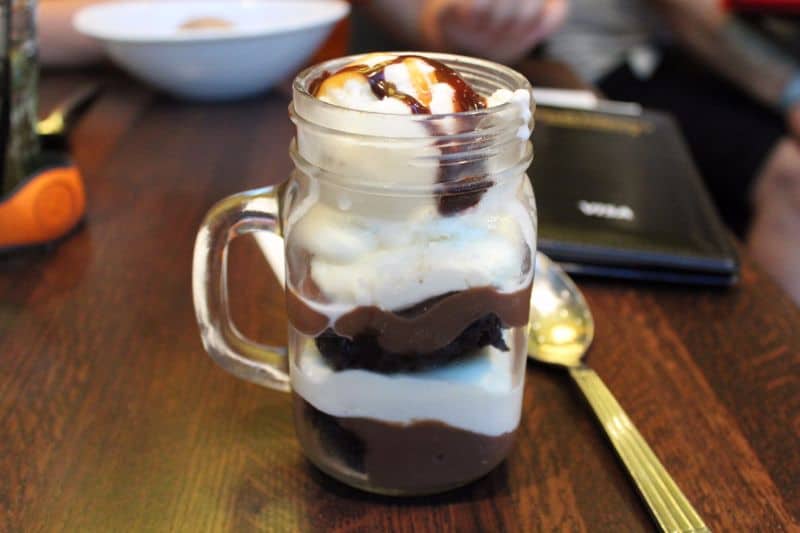 While Mr Wonders polished off his own Sticky Toffee Pudding: 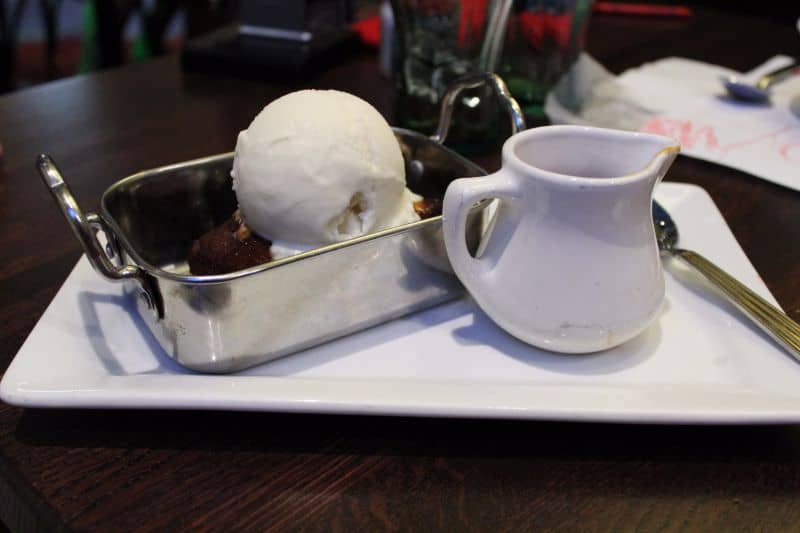 The atmosphere at Planet Hollywood was certainly​ lively. The tables are quite close together and it was very noisy. Our server was clearly under pressure and I did feel rushed at times. In honesty it wasn’t my favourite restaurant, which is a shame as we visited Planet Hollywood in London recently and we loved it.  Looking back at the official Planet Hollywood website,  it is described as a night-on-the-town experience – and I would say that sums it up, so I was duly warned!  A better bet is the fabulous Bubba Gump’s at Universal Studios.

Where is Planet Hollywood?

Is it included in the Disney Dining Plan?

Planet Hollywood is included on the Disney Dining Plan and costs one table service credit.

A basic burger at dinner will set you back $15.99 at Planet Hollywood.

Also have a look at my post recommending restaurants to book as Advanced Dining Reservations.

I came across this article recently about the connection between Walt Disney and Kansas City.