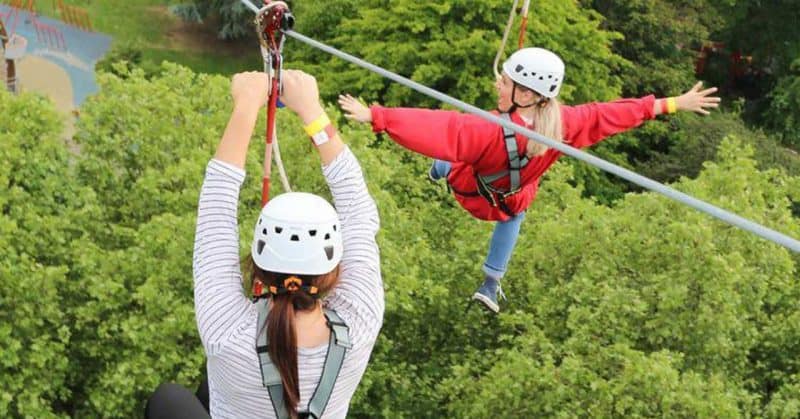 Zip Now London – Zip Lining in the City! There are so many London bucket list things on my list, and this was one of them! Zip Now is an amazing, exhilarating and unusual thing to do in London. We had no idea what to expect, but on arriving in Archbishop’s Park we thought that it didn’t look too scary. Then we realised that we were looking at the landing tower, a mere 40 ft off the ground. We were heading for the launch tower at the other side of the park which is a whopping 35 meters tall! At this point Miss M was still very excited, Mr H and I were less so but still trying to be brave.

Check in was fast, but do fill in the online disclaimer before you go as it saves a lot of time. You do need to quickly step on and off the scales as there is a weight limit of 120kg. Riders need to be over 1.2m tall but under 2.1m. Once check in was complete we went into the briefing room where we watched a short safety video and our guide checked that our shoes and clothing were acceptable. We then put our bags in the free lockers and our valuables in the provided bum bags. At this point it is good to note that all jewellery needs to be removed, some of mine doesn’t come off so it was taped over.

How scary is Zip Lining in London?

I have to admit that when we went out to get kitted up I did start to get a bit jittery. All of the staff were brilliant, they constantly asked how we were and were calm, kind and professional. Everyone is kitted out with a harness and a hard hat, before you leave the area at least two people check your kit which was reassuring. 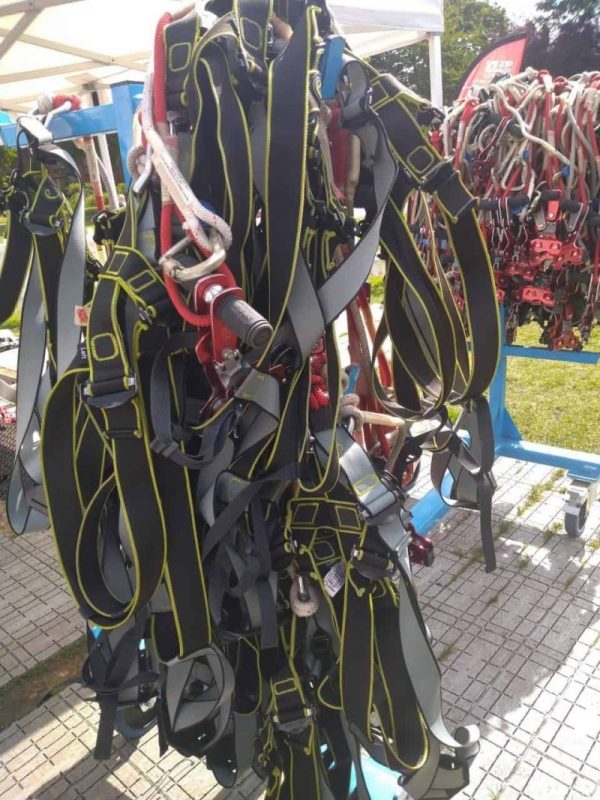 We walked over the park to the launch tower, there are 184 steps to the top but no one rushes you. When you get to the top the view is amazing, it felt as though you could see the whole of London. As we were in the first group of the day we let the other family go first, there are 4 lines so you can all go at the same time. Kit is checked again by two different people and then before you step out the supervisor checks it again. All of the time the staff are asking how you are feeling and making you feel at ease. Miss M, Mr H and I went out onto the launch steps at the same time. Then there was a countdown and we were off. As soon as I stepped off my fears disappeared and I began to enjoy myself. Miss M was screaming with delight. We travelled 225 metres as speeds of 50kph. 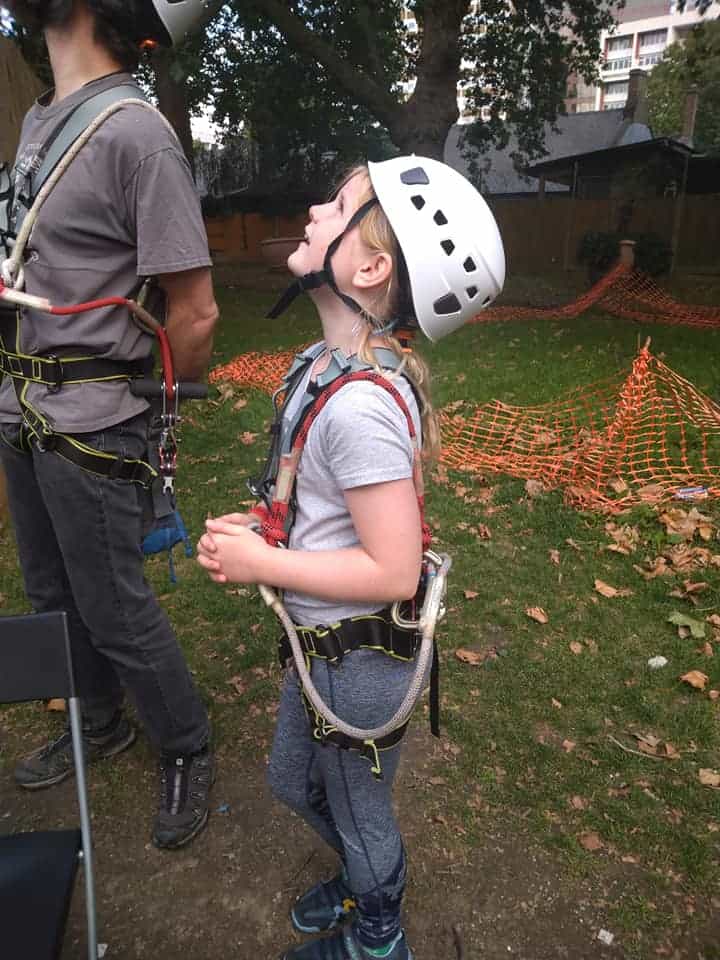 Once we had landed Miss M insisted doing the Mega Drop where instead of exiting via the steps you just jump off the side of the tower. Staff gave me time to get into a good position for photos and video before letting her jump, she loved it.

There is a small shop on the way out selling reasonably priced merchandise, Miss M spent her holiday money on a water bottle which came with a bottle of water which came to £7.50.  We were lucky enough to ride as guests of Zip Now but we would have happily paid for the experience. In comparison with other London attractions it is affordable and pricing is straight forward. At off peak times you can ride for £15, if you want a second ride straight away it is £10 and the Mega Drop is £10. You can also purchase a photo and video package of your ride for £10. City Zip only takes cards not cash.  They also have Zip Now in Cardiff which launches from the top of a building which is on our bucket list. 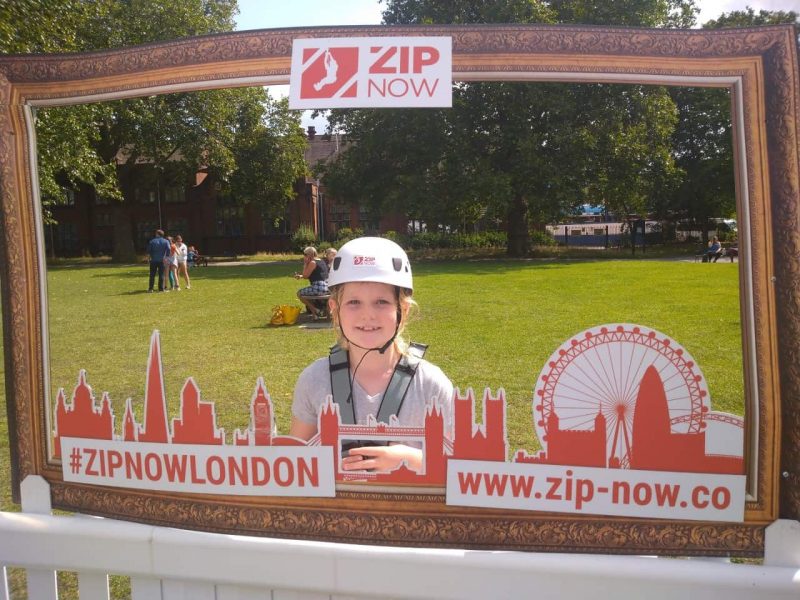 It is a bit scary but staff were so amazing they gave us the confidence to do it, safety is paramount and I can thoroughly recommend having a go before it closes on 15 September.

If you are looking for something not quite as scary, have a look at this great review of the London Aquarium.

How to get to Zip Now London

By tube: Lambeth North or Waterloo

By cycle: We have bike racks near the check-in area. Additionally there are Cycle Hire Docking Stations near the park entrances on both Lambeth Road and Lambeth Palace Road.

We were given press tickets by Zip Now London, but as always, all opinions expressed are our own.