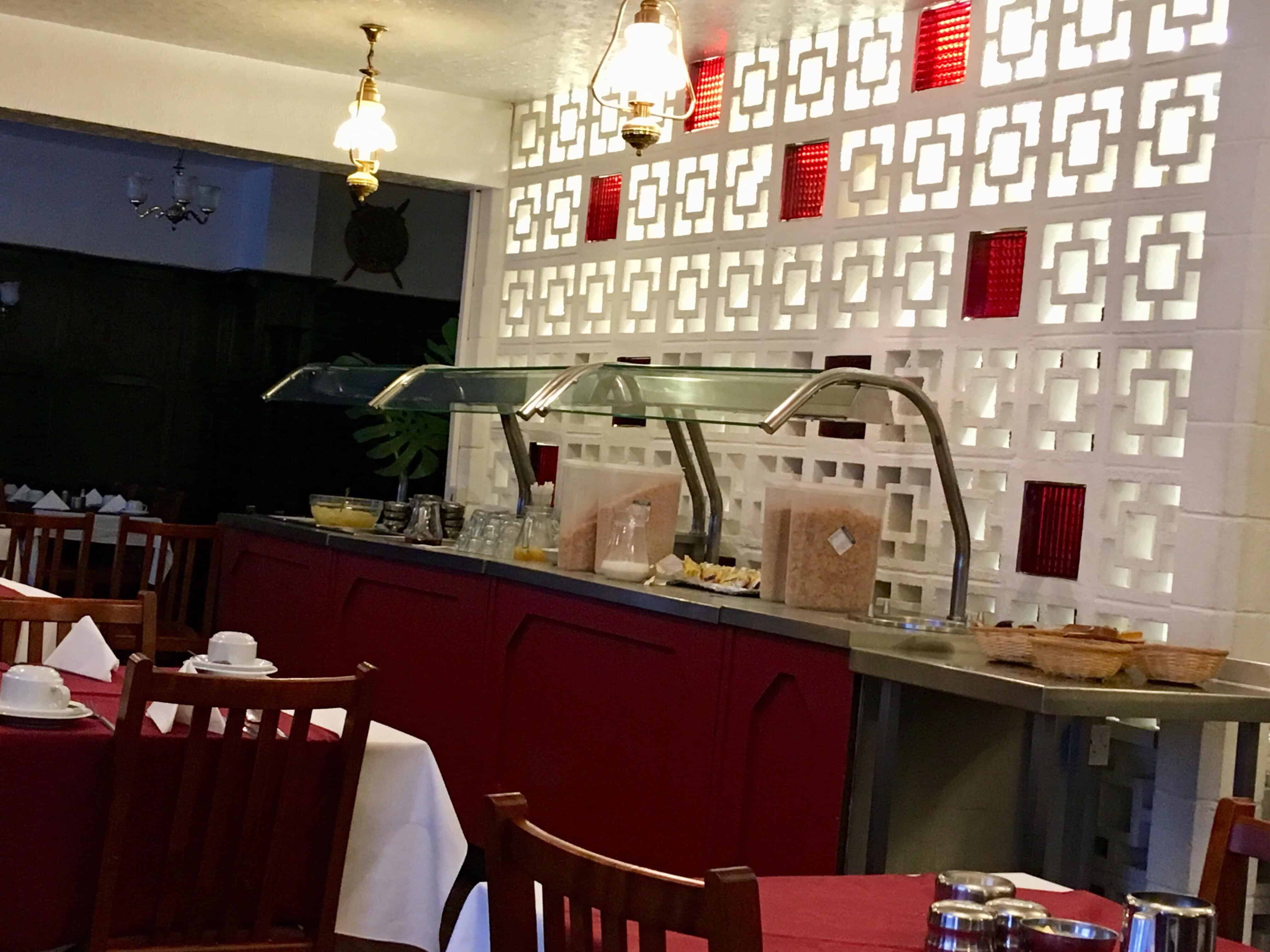 Jenni from Chilling with Lucas recently visited and reviewed The Melville Hotel in Blackpool for us.  Here is what she thought:

We were recently asked by Nikki if we would go and review a hotel in Blackpool on behalf of her. I jumped at the chance as we had been saying we would take Lucas to the illuminations and they are finishing this weekend. When we arrived at The Melville we were given the key to our room and had everything explained to us about where a lounge was if we wanted to watch the TV in a communal area, where the dining room is for breakfast (served 8.30-9.30) and the bar.  If you are looking to book this or another hotel have a look at this hotel booking app.

We went up to the room and although it is dated (think patterned carpets and avocado shower suite) we were happy with it, it had a double bed, 2 single beds, a wardrobe, chair, kettle with tea, coffee, sugar and milk and a TV.

Everything you need in a base for a couple of days away. There is also free WiFi with a variety of connection settings so no matter what floor you stay on, you should be able to get on easily. When I went to use the wardrobe, one of the latches is broken and needs screwing back in, the window also couldn’t be locked, you could close it to but the handle wouldn’t go down to securely shut it.

We went out for the evening and had tea at Captain Jacks which is part of Coral Island. The food was lovely and the waiter was really friendly. After this we went into Coral Island as Lucas couldn’t wait to go and see the Minions that he had spotted from outside! After a bit of playing on the machines and attempting to win teddies we went for a walk along the promenade and looked at the lights. When we got back to the hotel we realised how uncomfortable the beds were. It took a while to settle Lucas but as we weren’t using one of the single beds we put the quilt on the bed and I also had his sleeping sac with us so we could make his part more comfortable at least. I also noticed there wasn’t a lamp so I kept the ensuite door open a little to allow a little light through without having to have the main bright light on whilst settling Lucas and getting ready for bed. Throughout the night we could hear people coming and going but it wasn’t unbearable.

The following morning we used the shower and although it didn’t look like it would do much, the water was hot and powerful. We went down for breakfast and the dining room was laid out nicely with plenty of seating. There was a self service area with fruit juices, cereals and grapefruit. We were asked if we wanted tea or coffee and brought a jug of each to the table and ordered our cooked breakfast. The service and food was lovely. The atmosphere in the dining room was relaxed. We spent the day along the promenade, looking around shops and the piers and playing on the beach which is lovely to be able to say in November!

We returned to the hotel during the day for Lucas to have a nap, the excitement of Blackpool soon tired him out and the hotel wasn’t too noisy for him to fall asleep. That evening we went to Las Igunanas for tea, if you haven’t been, you really should. D said it’s the best meal he has ever had and I could have eaten the garlic mushroom quesadillas starter forever. That night in the hotel unfortunately was horrendous. There were children running up and down the stairs throughout the hotel and slamming doors constantly from about 10-1.30. Their parents didn’t seem to care about the time as they were shouting too and you could hear their Dad coming upstairs saying night night and he was going back downstairs to the bar. You could hear showers in other rooms going at midnight and people coming and going all night. I understand that you can’t help who books to come into the hotel but I also think that something should be said if children are running around without adults and are basically being disrespectful to the other people staying at the hotel. We left at 7am as we just wanted to get home.

I am useless at remembering names but I would like to mention the gentleman that was around for the majority of our visit, be it behind reception, in the TV lounge or serving breakfast. He was very welcoming and polite. Although we won’t be returning to The Melville, it is a good base with the location being near the centre without being on the front, it’s on the same street as Winter Gardens, about 30 seconds walk to the shopping centre and a couple of minutes walk to the Tower and Promenade. If you are going out drinking with friends and coming back in late, it would probably work well but I wouldn’t recommend it if you want a good nights sleep with your children.

Have a look at our suggestions for family hotels in Blackpool, York, the rest of Yorkshire and the Lake District.