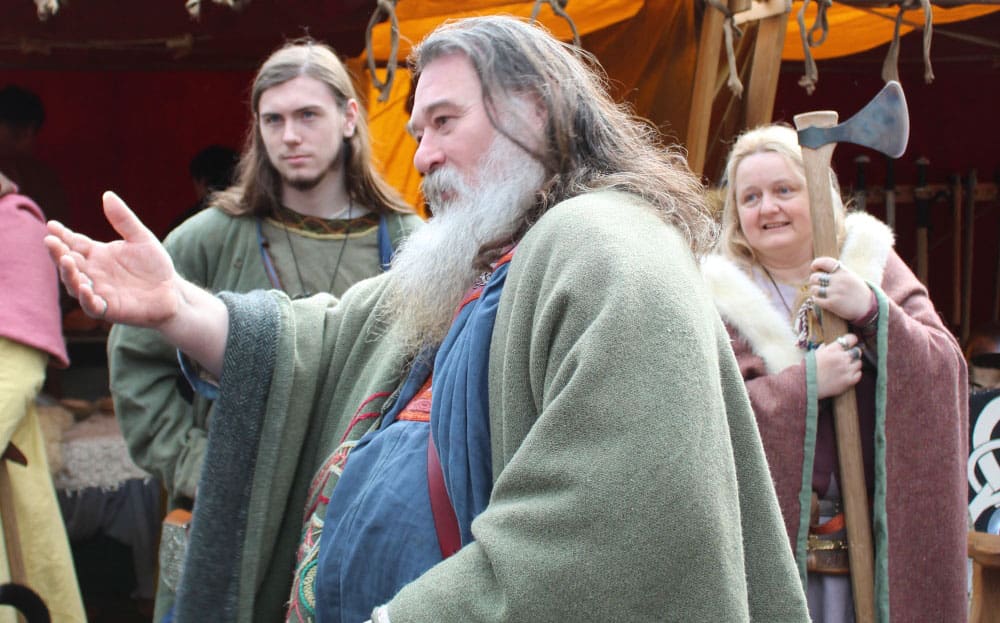 Every February York hosts its own Jorvik Viking Festival.  Usually cunningly timed to coincide with half term it’s a great one to take the kids to (or time your trip to York during).  If you scroll down the post, you can see my review from a previous year, but in the meantime, here is all the info for 2020!

With any talk of Vikings, their fearsome reputation as warriors is probably the first thing that springs to mind. However, this February as part of the JORVIK Viking Festival, their prowess as traders and explorers will come to the fore, and how this unique approach of trading, raiding and discovery made them one of the most influential people of the early medieval period, with assorted exploits taking them all directions of the compass. JORVIK Viking Festival: Voyages of the Vikings runs from Saturday 15 to Sunday 23 February 2020. 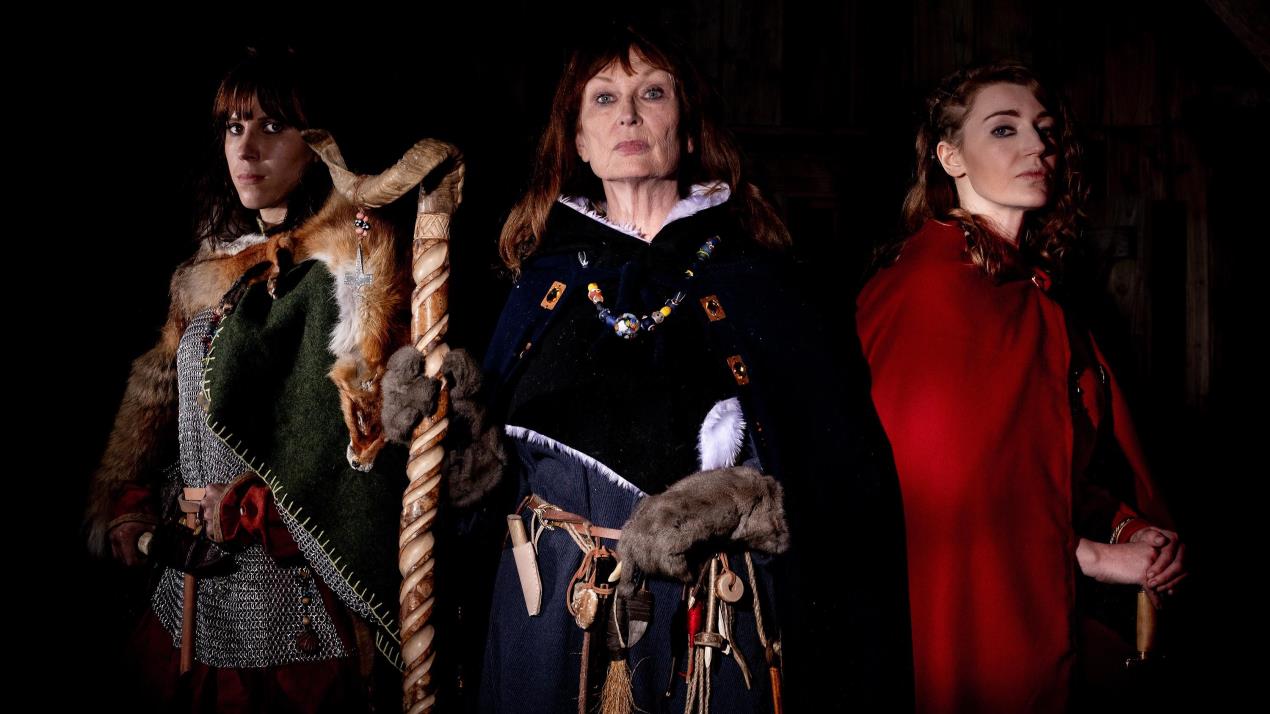 Whilst the Festival host, JORVIK Viking Centre, shows how the Vikings settled and made a kingdom of their own when they arrived on our shores, the 2020 JORVIK Viking Festival will look at the skills of this proud people as explorers and traders. Visitors will have the opportunity to look at their boats, and the chance to check out the range of products created by Viking craftspeople that would have been the envy of the world.

“The view of Vikings as thoughtless barbarians is very far from the truth – they were very much part of a global trade in luxury goods for several centuries, with items such as honey, tin, fur, fish and walrus ivory proving popular commodities through central Europe and into the Iberian Peninsula – and these were traded for items like exotic spices and silks from the Far East,” explains festival manager, Gareth Henry. “Whilst written records made by the Vikings are relatively few, they did cross paths with notable scholars such as Arab traveller and chronicler, Ahmad Ibn Fadlan, who recorded his impressions of these tall, blonde traders – and his stories, along with those of other Viking travellers and warriors, will be at the heart of this year’s JORVIK Viking Festival, showing how the Vikings were part of a rich, multicultural society.”

Another character taking centre stage during the Festival will be Ingvar the Far Travelled, whose pursuit of gold prompted an expedition to re-open the old trade routes between the Baltic and Caspian seas – a fleet of 30 ships and up to 1000 men travelling along 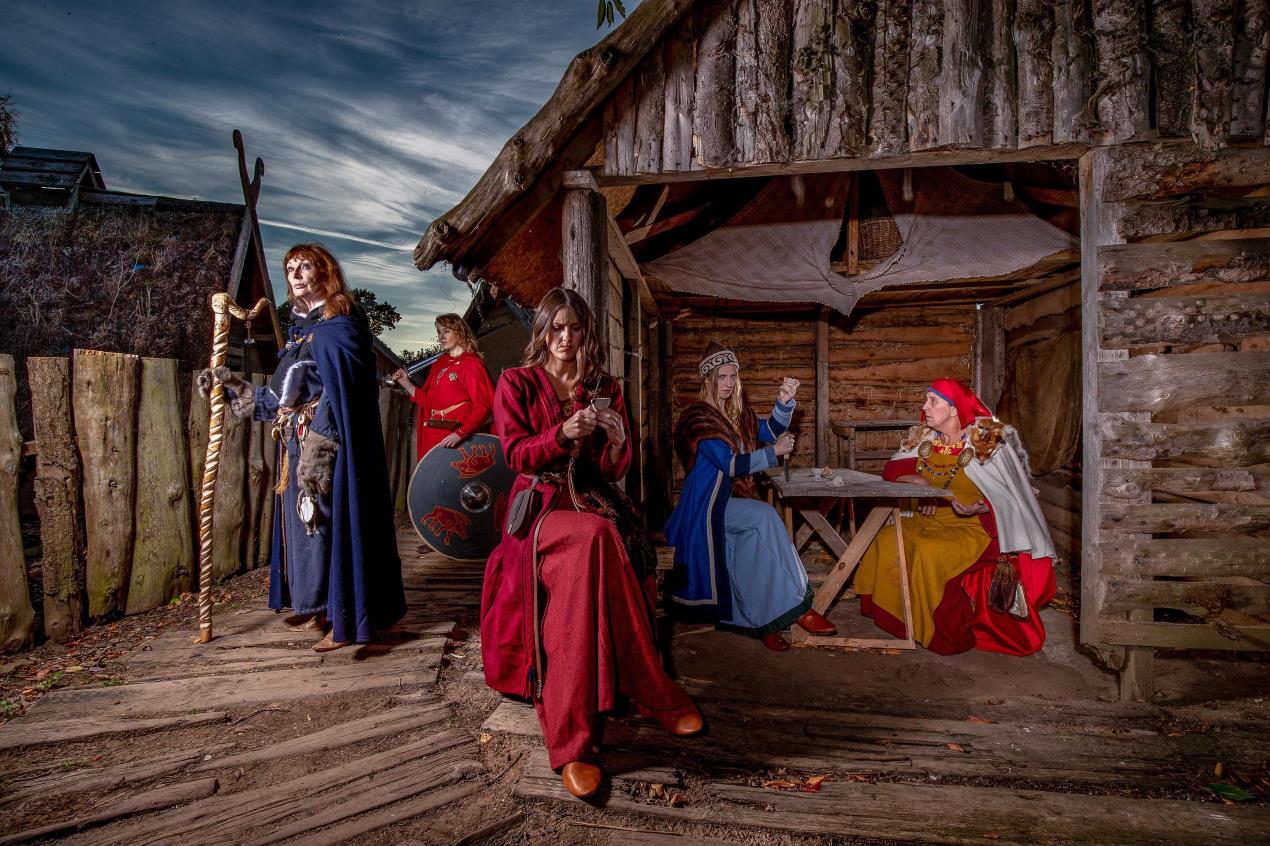 the Volga river – battling Russian King Jaroslav I before moving onto the Black Sea, where his army took part in the Battle of Sasireti to gain safe passage through the mountains.

It was not only men who had the wandering spirit: Gudrid Thorbjarnardottir was perhaps the most widely travelled European of the early 11th century, being born in Iceland, married in Greenland and giving birth to her son in North America! Her travels then took her to Norway, back to her native Iceland to farm the land, and eventually to Rome – forgoing the traditional longship for transportation and making the journey on foot! She ended her days back in Iceland as a nun and anchoress – choosing seclusion from society to devote herself to prayer.

Even parts of the warm Mediterranean were not immune to these Northern warriors – Bjorn Ironside, legendary son of Ragnar Lothbrook, is said to have headed south in 859 – 861 AD looking to conquer new lands, before ultimately leading the raid on York in 866 which led to 200 years of peace and prosperity, as this settlement grew to be the capital of Viking Britain.

The stories of these four Vikings will be woven throughout the Festival, from the Banquet of the Voyagers taking place at the Merchant Adventurer’s Hall on Saturday 15 February, to the parade of hundreds of Vikings through the city streets on Saturday 22 February, ahead of the night- Battle Spectacular in the Land of Darkness, where a cast o

f hundreds will bring their tales and sagas to life, with stirring music, live battles and a fiery finale with the heavens erupting with pyrotechnics above Clifford’s Tower at the Eye of York. 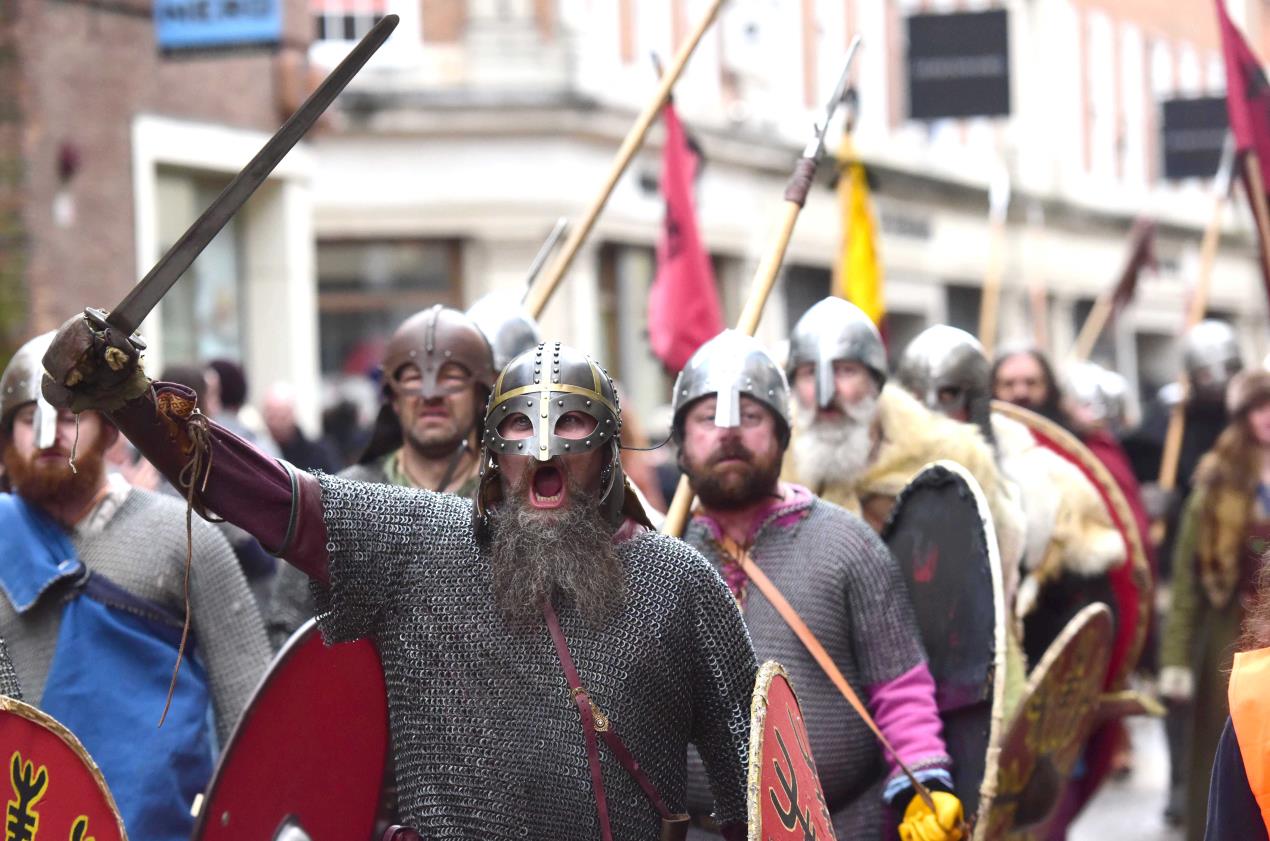 JORVIK Viking Festival 2020 is organised and funded entirely by York Archaeological Trust, a registered educational charity, with no external funding or sponsorship. It will also feature a packed programme of family-friendly activities to fill the week of the half term holiday. This will include a living history encampment in Parliament Street and St Sampson’s Square. Two of the Festival’s most popular free events – the Strongest Viking Competition and the Best Beard Competition – take place on the St Sampson’s Square stage on Saturday 22 February.

As usual, the hands-on events will be complemented by a series of walks, talks and lectures by leading experts. The full programme will be released in early 2020.