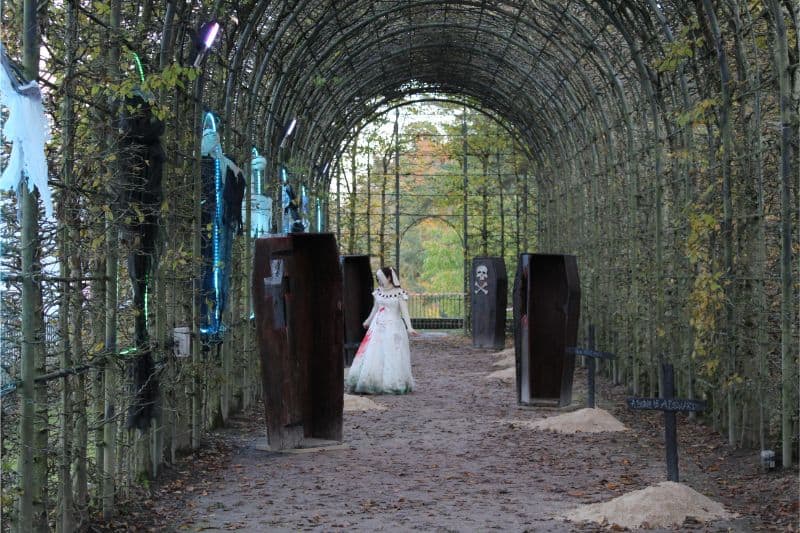 Garden of Screams at The Alnwick Garden at Halloween Review – We arrived at The Alnwick Garden on a cold but bright day at the end of October, during the half term holidays. We have explored the gardens before and love it there, but that day we were there to take part in their Halloween event ‘The Garden of Scares’. I was a little nervous as this is the first year we had tried scare events as I have felt that the children were too young before. The week before we tried the new Hallowtween event at The York Maze and that had gone ok, so I felt more confident about tackling another!  Do watch the video and excuse my shrieking and nervous laughter!

As we were waiting our turn to enter the garden, we could see eerie mists, pulsing lights and – worse – could hear the screams! (They did sounds like screams of enjoyment though, so all was good!). We had an early entry at 5.15 which I am glad about as it was just approaching dusk. I am not sure my two would have coped with darkness too!  You can see as the review goes on, the light fades and things get scarier… 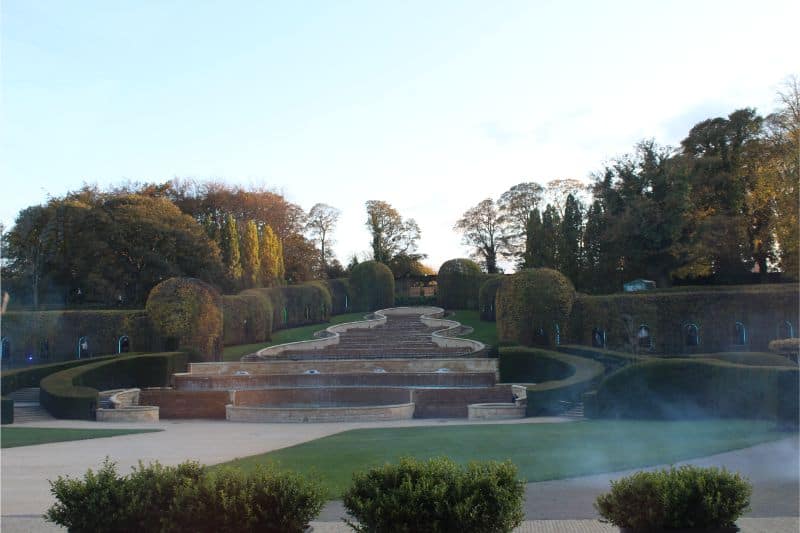 The gardens are wonderfully lit and decorated for the event with skeletons, ghosts and scary clowns being the decor of the day. We were given a map at the start and advised that it might be a little scary and they recommended over 12s only but that parents could judge their own children’s sensibilities. 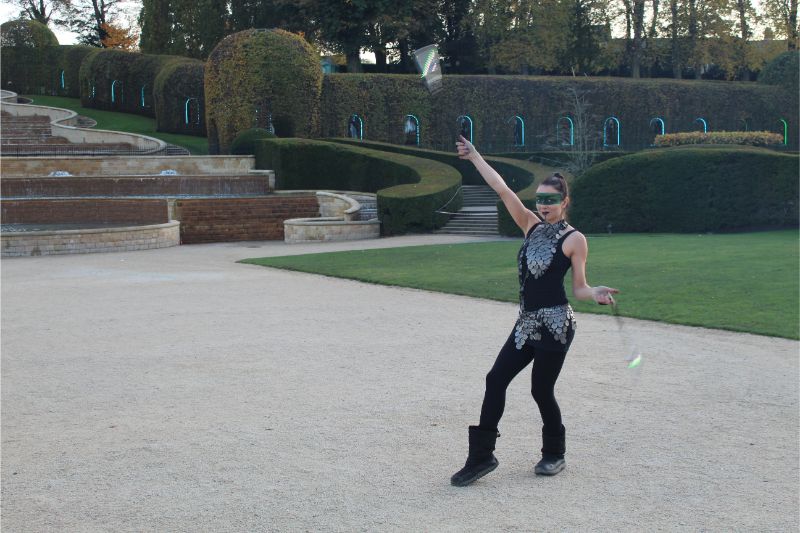 Then, we proceeded to follow the recommended route, which began in the poison garden. 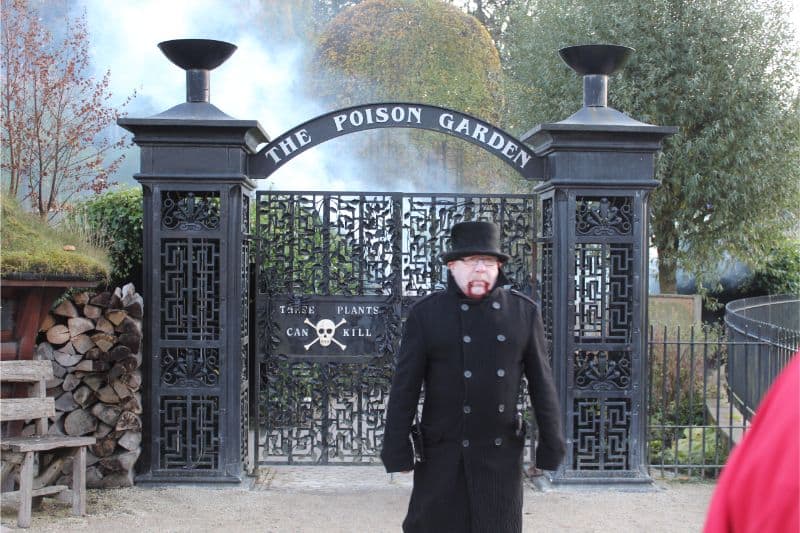 Now, Miss H had always refused to go in the Poison Garden and that night was no different. A scary looking gentleman guarded the gate and allowed the rest of the family to enter, allowing them to run out shrieking just a few minutes later! 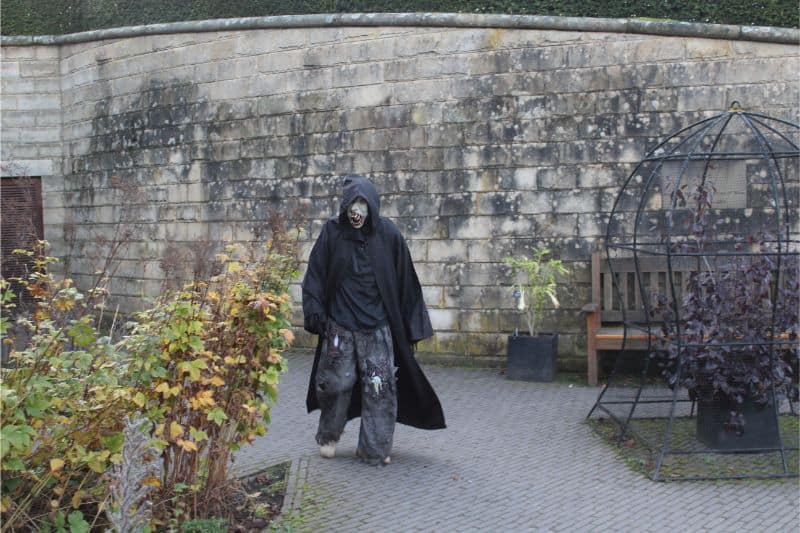 Garden of Screams Halloween Event at The Alnwick Garden

From there we began to climb the steps near the fountains, which were again decorated with lights and smoke. A walkway lined with coffins appeared and out floated a pale looking bride who beckoned us forwards. We declined and continued on our way (yes, we ran away!)

In the rose garden there were any number of unsavoury characters that took a shine to us following us around in a menacing manner!  If some of the pictures are a little blurry, I was probably running away at the time! 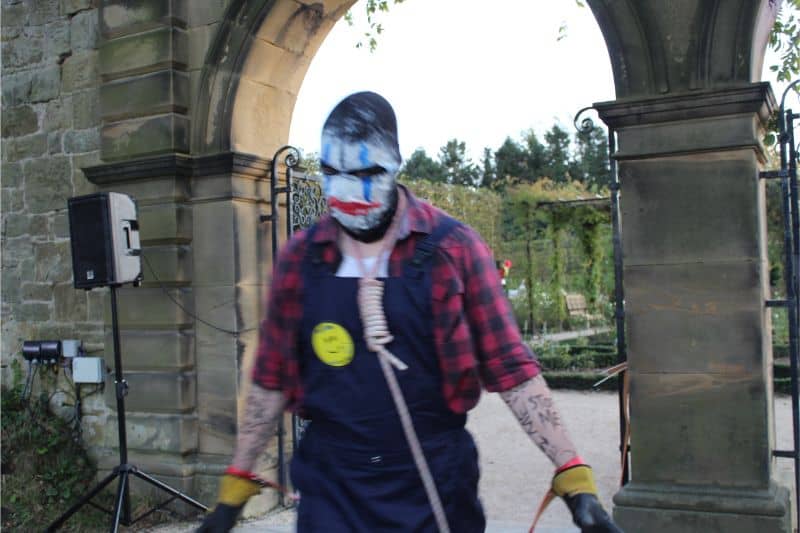 Further on the track this nightmare nurse was very sweet to Miss H and allowed me to get this brilliant photo! 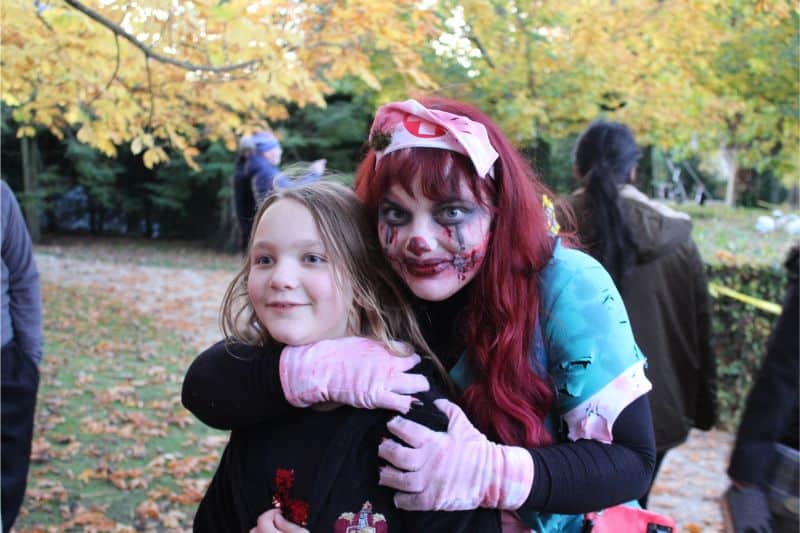 There was various pieces of theatre going on like a human sacrifice, complete with fire jugglers and acrobats.  As well as a spooky drumming band, providing a heartbeat increasing sound track to the evening, behind these fire dancers. 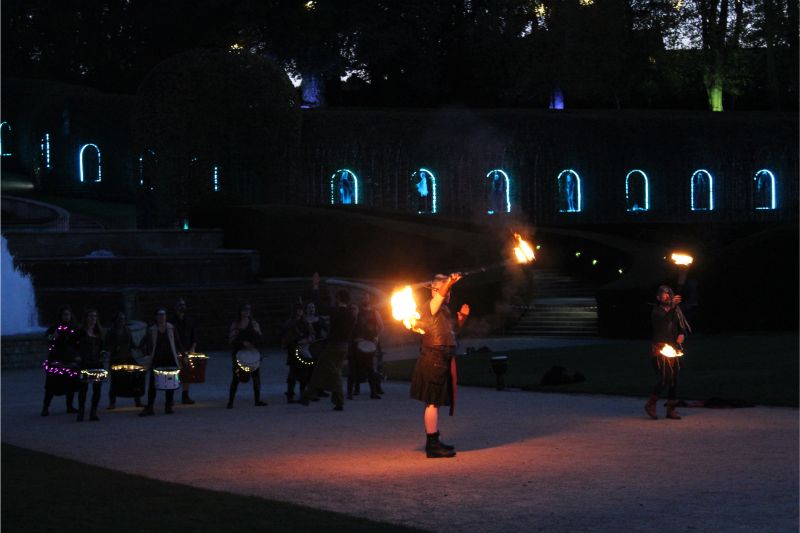 The scariest part though was the maze, it was brilliant but Miss H wasn’t very keen – I wouldn’t take children in if they are a bit unsure (but go in yourself, it’s great fun!).  I didn’t get any photos in here, but I did get some great video footage (scroll back up if you haven’t seen it!). 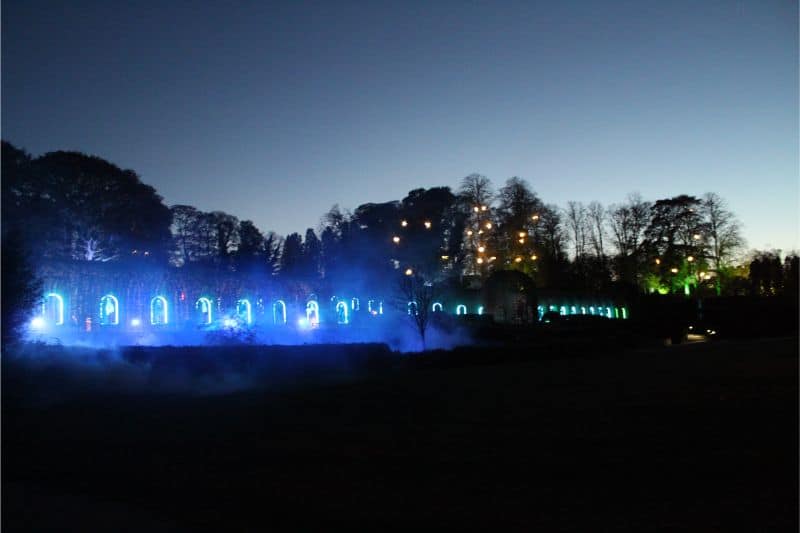 At the end of the evening the kids tried the Zombie Laser Quest. There was just the two of them, so it mainly involved them hiding from each other for a lot of the time! With a group of friends, I can imagine this would be great fun though! 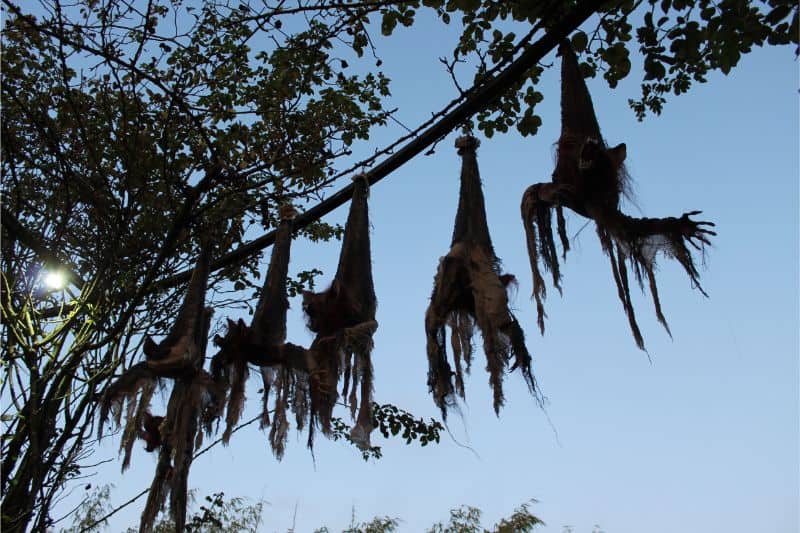 It was a fun and fabulous night out. Wrap up warm as it cools down when it gets darker, and be prepared to be scared! 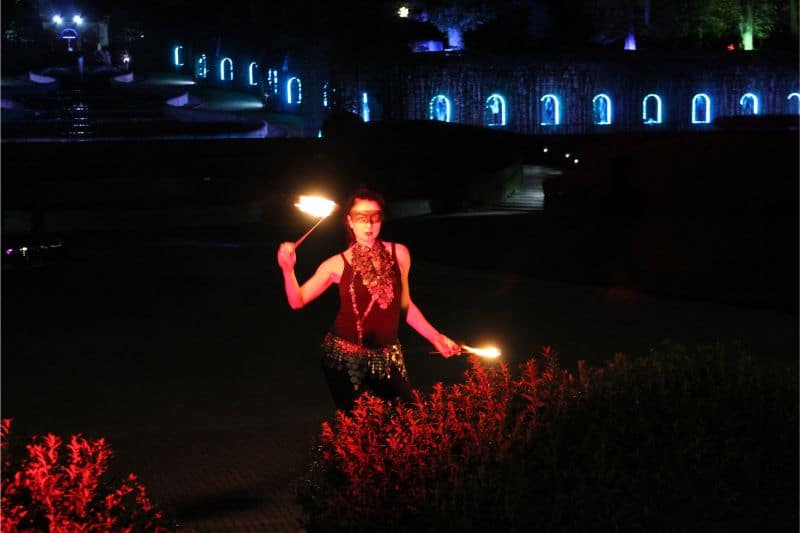 The Alnwick Garden invited us to visit and review. As always, all views expressed are my own.

Also have a look at our roundup of Halloween Events in Yorkshire.