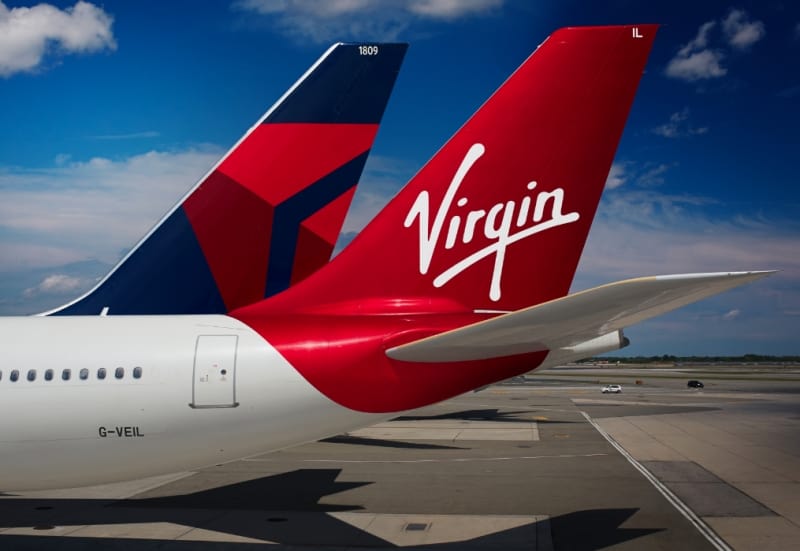 We recently flew long haul with the kids to Disney World with Virgin Atlantic from Manchester in the UK to Orlando in Florida.  We usually fly with the lower budget airline Easyjet to Greece, so it was a real treat for us.  My apologies for the slightly blurry photos, I only had my phone and it wasn’t a great one at the time!

As we went through the boarding gate, the kids were handed a kids’ pack each. It had a draw string bag, coloured pencil, activity book, socks and an eye mask. I think if I am honest something more child-oriented than the socks or eye masks would have been better (stickers perhaps?), but the kids liked the novelty of them. 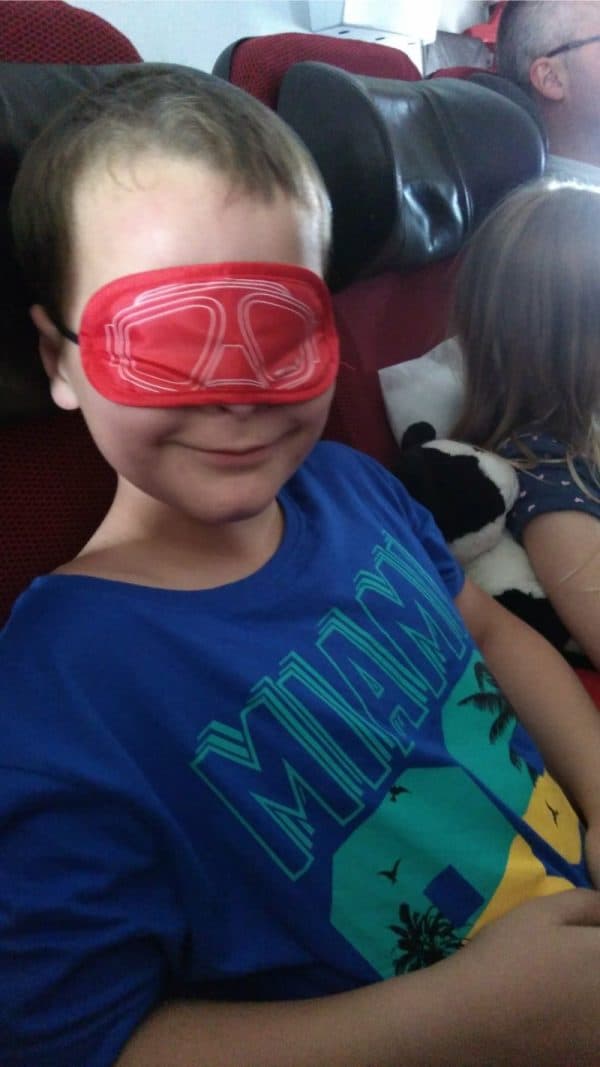 Just before you board there is complimentary bottled water and newspapers.

Where to sit on the plane?

We had booked our seats on the very back row.  You can pay in advance to book your seats but it is quite expensive.  We waited until 72 hours before we flew and then we could book our seats free of charge (this is the case if you are a Flying Club member – and it’s a free to join club – join everyone flying ahead of time though, including the kids).  I like it there, it feels a bit more private and less chaotic than being seated in the middle of the plane. Plus there is no-one to kick your chair and you can recline guilt free. (Not that the chap in front of me showed any signs of remorse at his immediate recline!).

Another bonus to the back row is that there are no other seats to the sides of you. A minor drawback is that the space does tend to fill with the queue for the loo, but you can have fun earwigging into the random conversations that go on.  A major drawback is that you are most likely to be the last to leave the plane – and that could mean a long wait in the immigration queue.

Virgin seats are quite spacious, and I say that as a curvy girl. The seat belt fit me less snugly than it does on Easyjet. The major bonus of having a child sat next to you is that you can lift the arm of the chair and steal some of their bottom space!

Virgin’s entertainment system is named Vera and had 84 movies available, as well as TV, music, games and more. Do check out the seat text screen, you can invite a seat to chat with you. I had great fun insulting the hubster at the other end of the bank of seats. 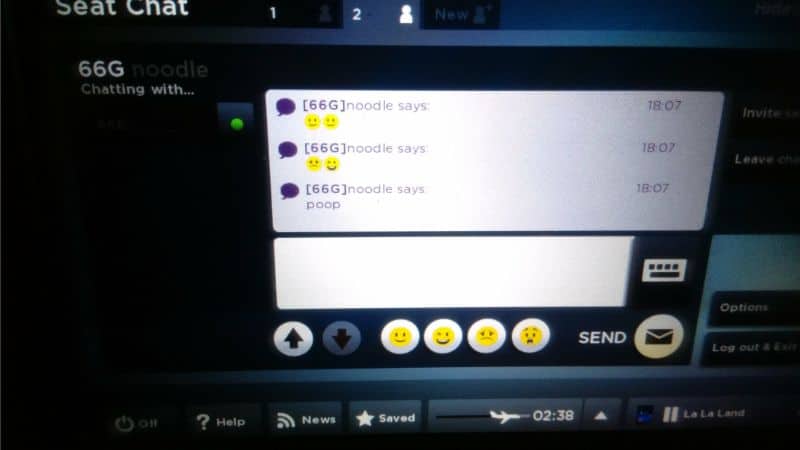 Virgin provides head phones free of charge and they are the over ear type rather than the ear buds. You can check what movies will be on your flight before you leave.

There is a USB port next to the TV. You are told that it is fine to charge your device while you are using it, but not to just leave it on charge.

Almost as soon as we were in the air we were offered drinks. This service continued pretty frequently throughout the flight. All food and drinks were complimentary including alcoholic drinks for adults. As we flew at lunchtime we were then brought lunch. There was a choice of spaghetti and meatballs, chicken or the vegetarian option. I went for meatballs which was surprisingly nice!  (Ok, I know it does not look that great – but it was nice!) 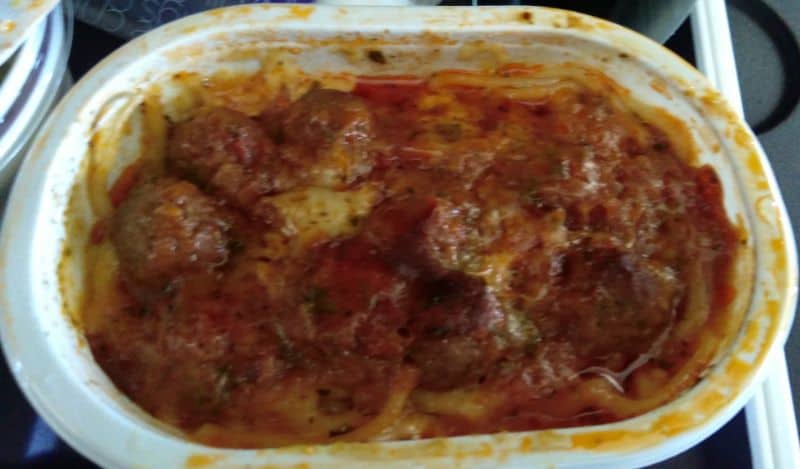 It was accompanied by a potato salad, crackers and Boursin garlic cheese spread. 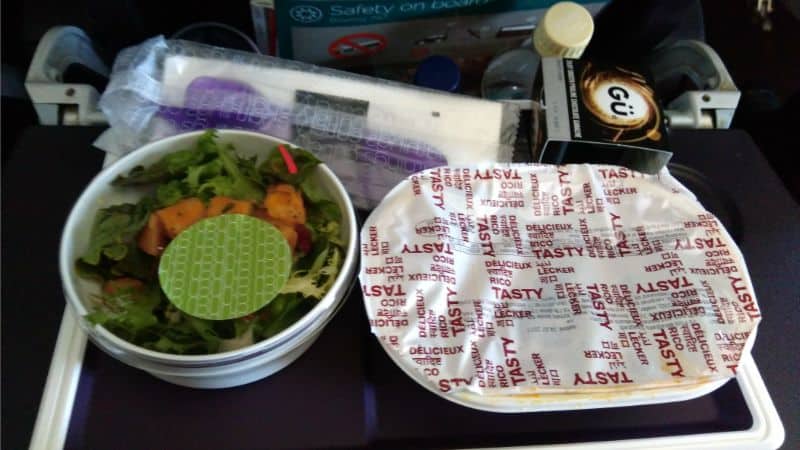 It also had a Gü chocolate pot. Somewhat ironically my autocorrect just changed Gü to ‘huge’ which it most certainly was not! It was, however, delicious. 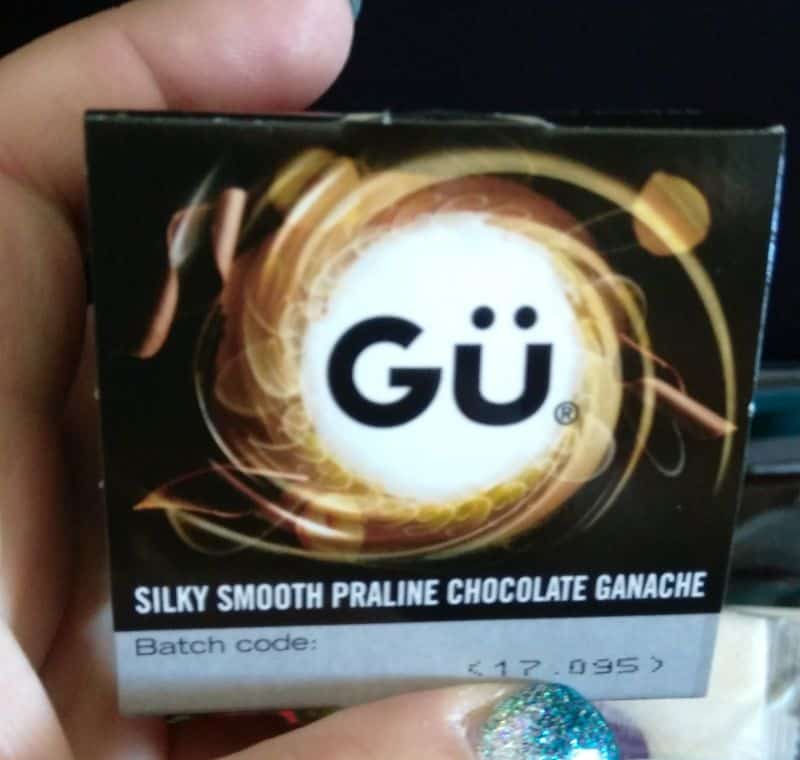 The kids were brought special kids’ meals.  You can see what was included here: 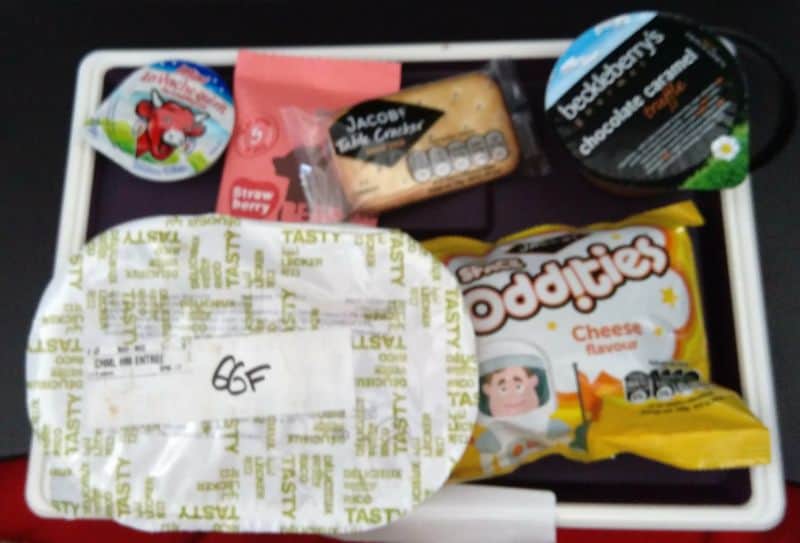 In the meal tray is cheese and tomato pasta. 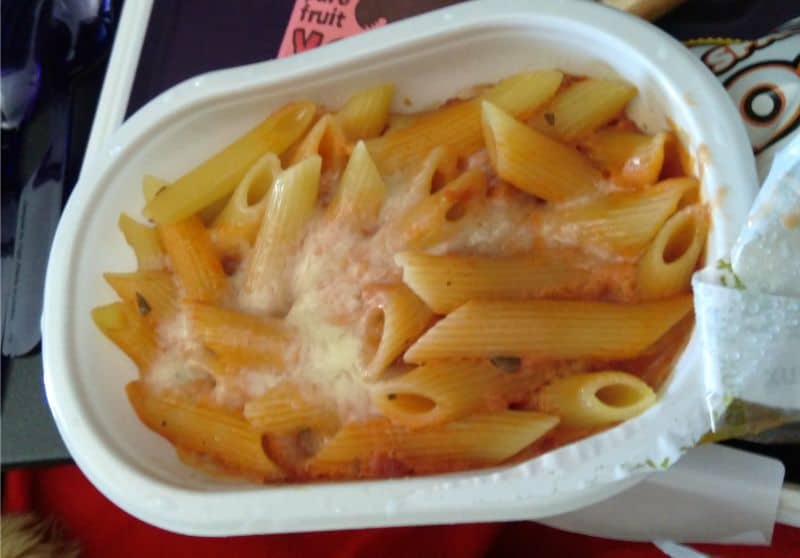 Before we landed we were served sandwiches and crisps.  The sandwiches were cheese and tomato chutney.  I was the only one of the four of us who liked them – so I was ok! 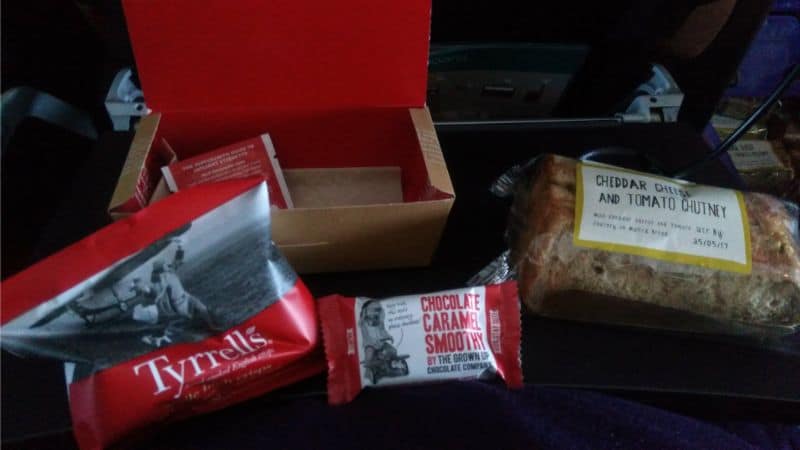 I would recommend taking savoury and sweet snacks in your hand luggage.  It seemed a long time between meals and we were all hungry.  I was given a bottle of wine with my lunch which was very nice.  Although I must admit to not drinking it on the flight, but stashing it in my hand luggage – Mr W drank it a few days later in our hotel room (and he didn’t ask first!) 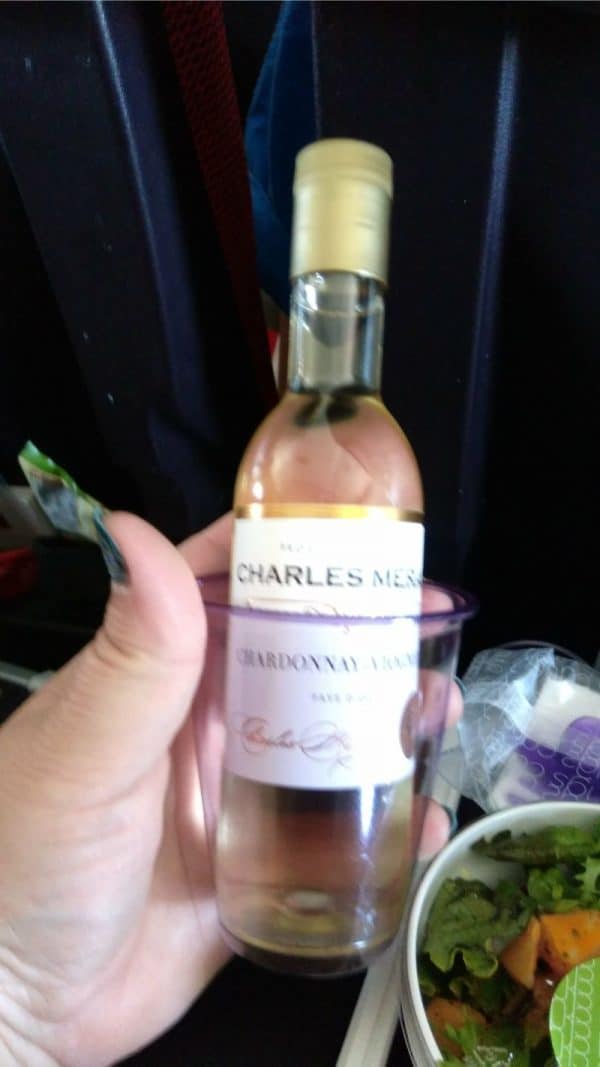 My children are 7 and 9 now and are very happy to watch movies the whole time we are on the flight.  If they are younger, perhaps consider taking a tablet with their favourite TV programmes downloaded.  Remember to bring a USB charging cable!  Colouring books and pencils are also a fab idea.  I had a visit to our local poundshop before we went away and bought lots of colourful stationery.  I also bought travel versions of Connect 4 and Guess Who? For £1 each ($1.40 USD).

For another great post about flying with kids to Florida. have a look at this from Navigating Baby.

Top 10 Places to Visit on a Trip to Denver, Colorado
Stoupa Holidays – a Family Beach Holiday in Stoupa Greece