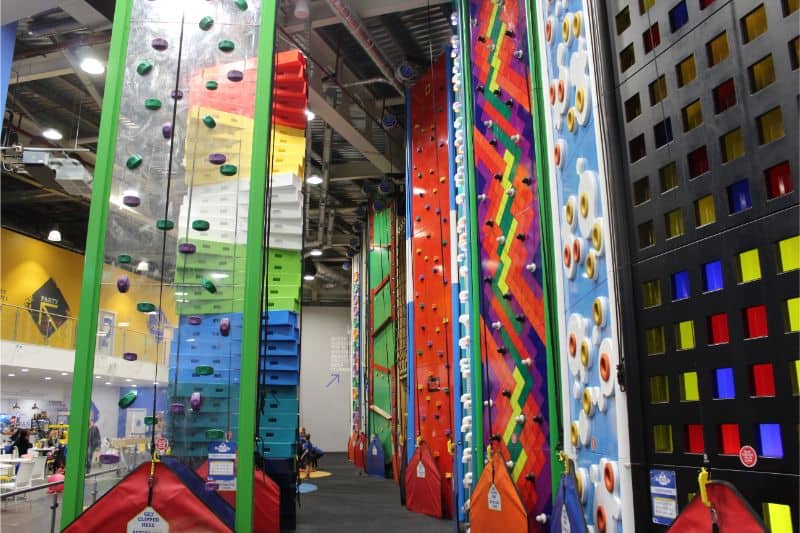 Climbing Birthday Party at Rock Up Hull – Master T turned 12 recently and requested a climbing party at Rock Up in Hull. He went there for a year 6 school trip and really enjoyed it and wanted to go again. It’s in St Stephen’s Shopping Centre, so (once you have located the car park!) parking is easy and cheap, especially in the evening. Our parking was just £1 and we were there from 5.30pm until 8.15pm.

We made a video of the party so you can see what happens.

The party begins with a safety briefing on what they are and are not allowed to do in the climbing arena. Then, harnesses are fitted and the fun can begin! There are 26 climbing walls at 8 meters high!

Before they begin to climb, they are clipped into the safety rope, then they can climb to their hearts content. When they want to come down they can simply abseil their way. They all soon got the hang of it. Some were more adventurous than others, but they all gave it a go! 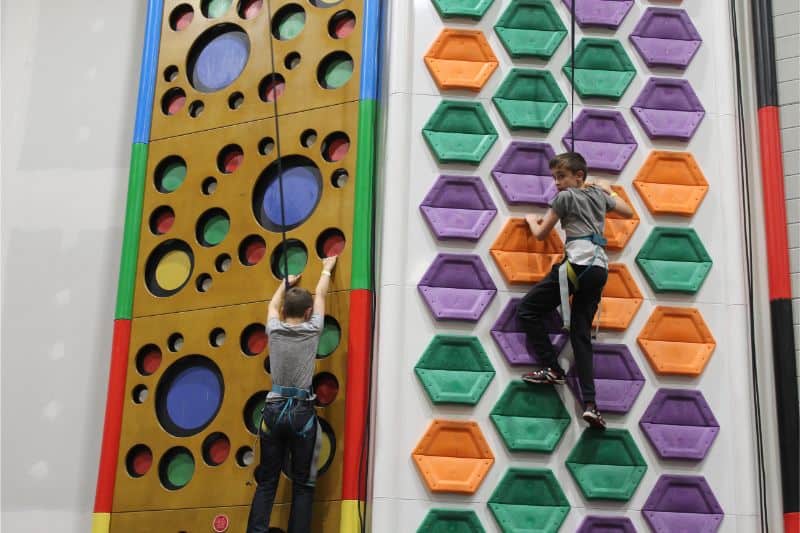 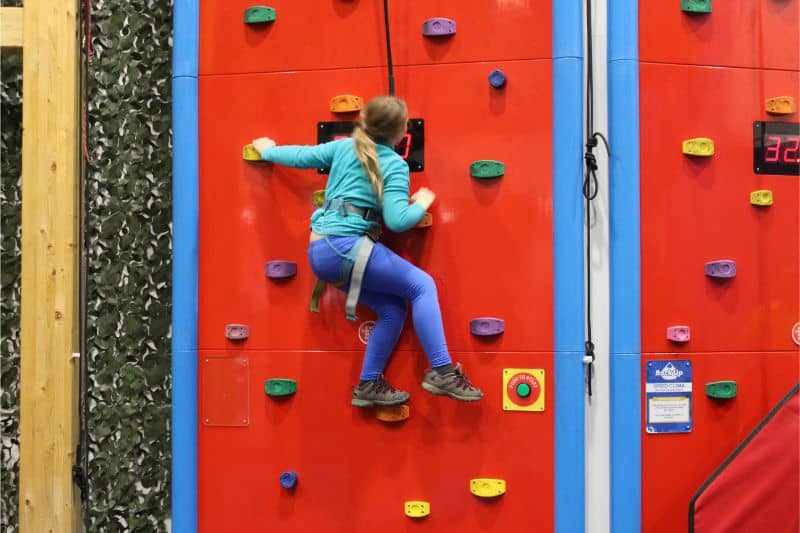 In the middle of the arena was a circle of ever increasing pillars, that looked impossible to climb to me, but many of them scampered up like lithe mountain goats! When they wanted to be down, they simply stepped off and were lowered down. 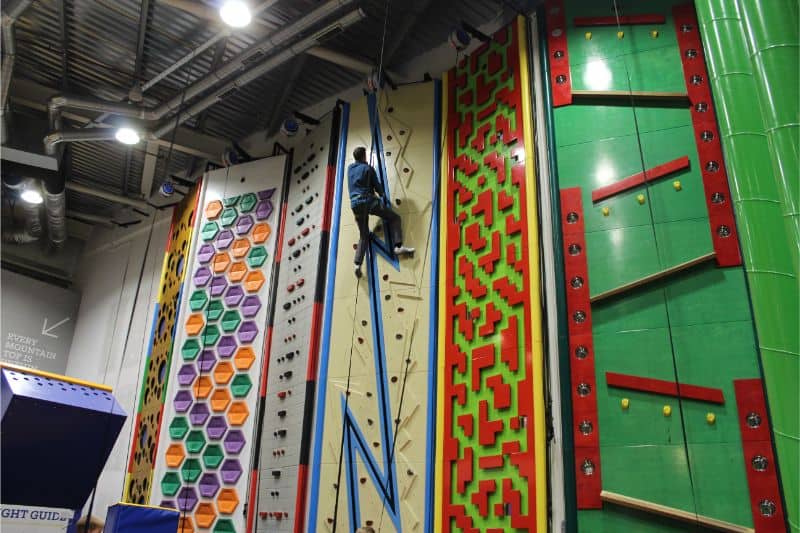 These blocks were brand new on the day we visited. You could pile one on top of each other and climb as far as you could up the block mountain before tumbling down like a giant Jenga set! This was Master T’s favourite, and perfect for the less adventurous ones to have fun with.  There is also a soft play there if you have younger kids who don’t want to join in the climbing. 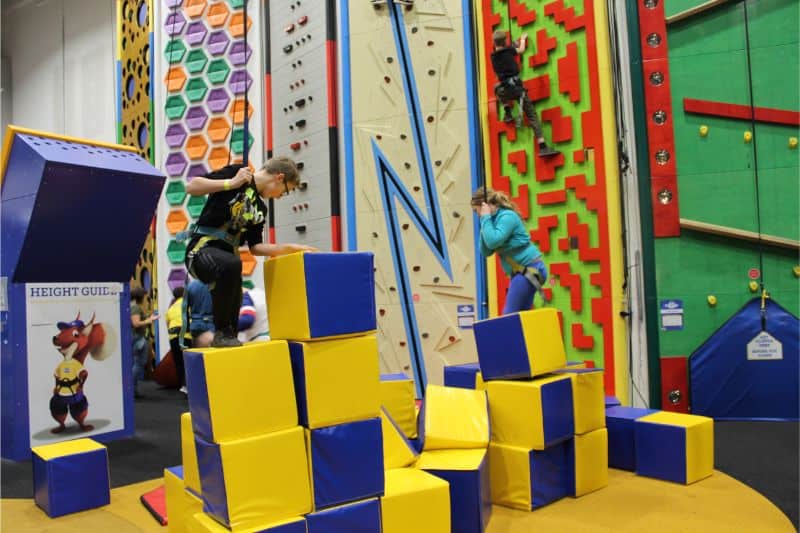 There is a cafe right next to the arena, so you can sit and relax with a coffee while watching them climb. 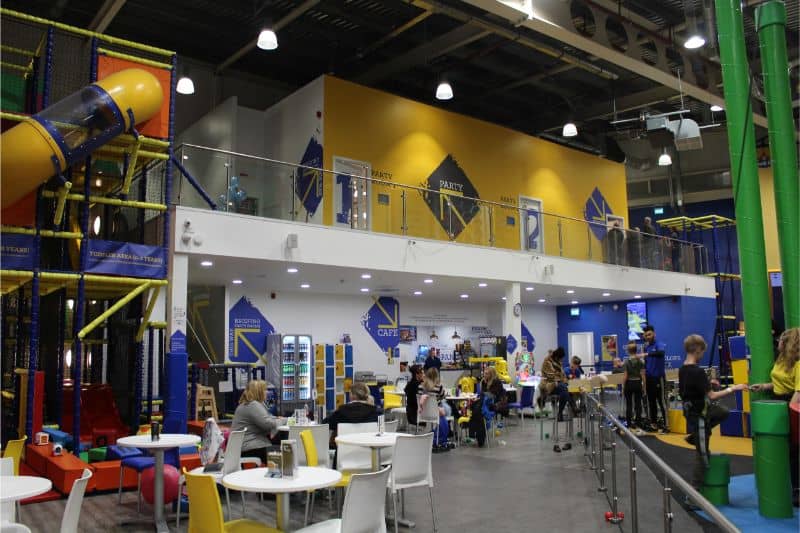 After the climb, we all headed upstairs to one of the party rooms. There was a huge table in the middle set with all manner of party goodies. 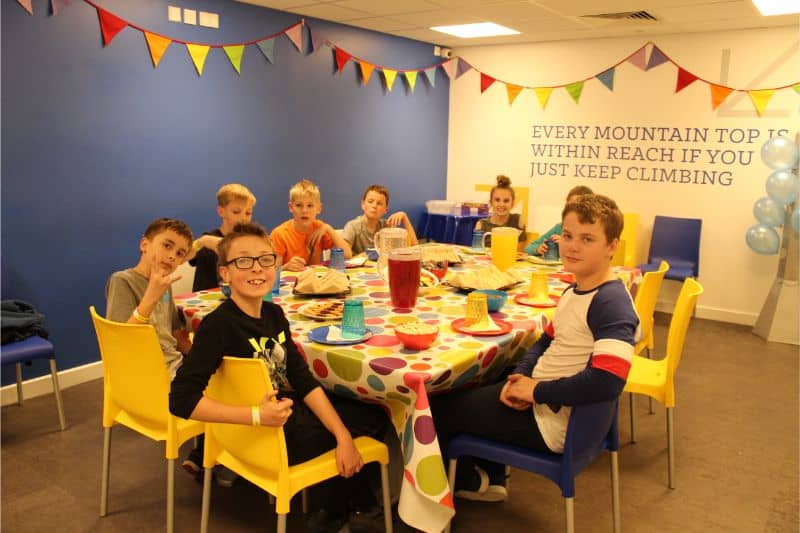 You can choose what style of party food you would like ahead of time from pizza to sandwiches. Master T chose sandwiches. There was a selection of ham, jam and cheese. 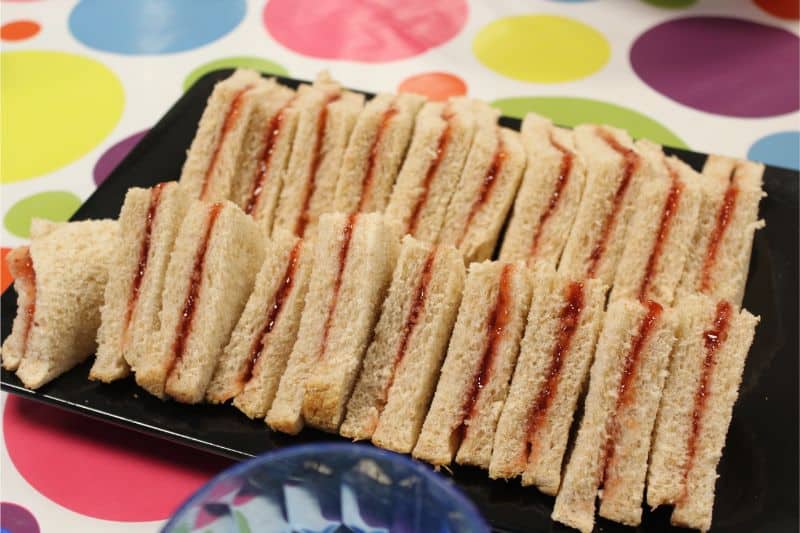 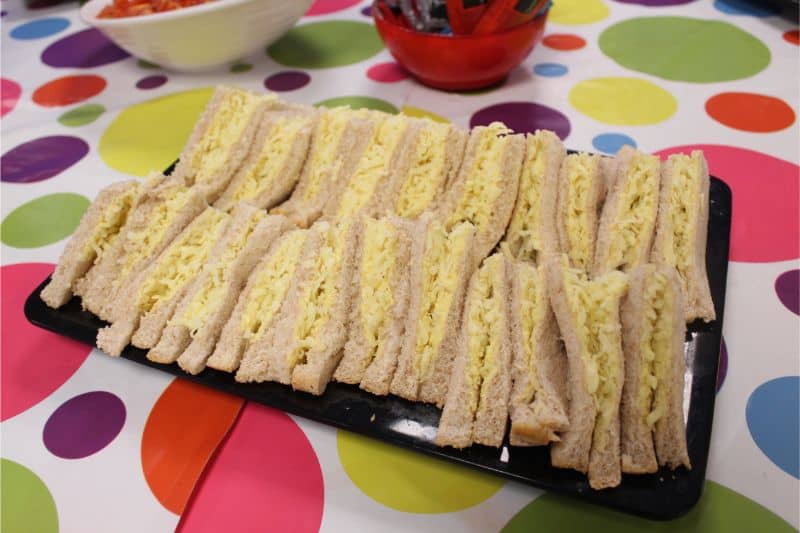 There was also crisps, popcorn, biscuits and a big bowl of halved cherry tomatoes and cucumber sticks. 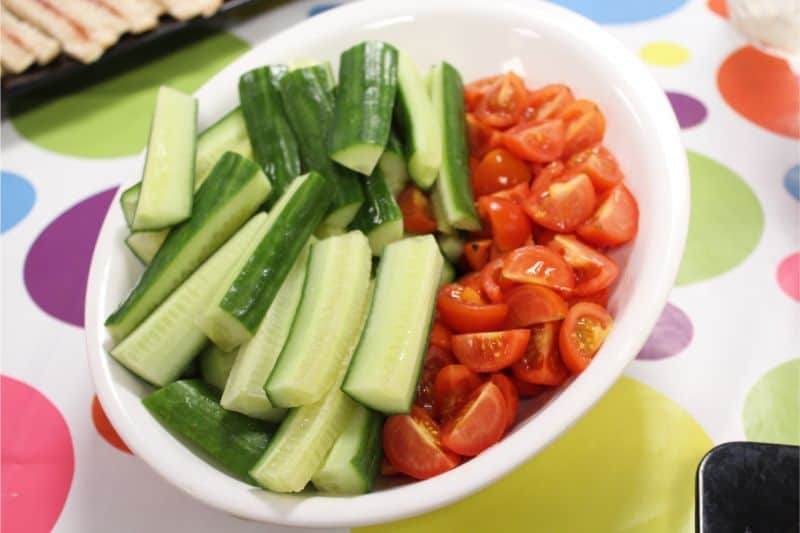 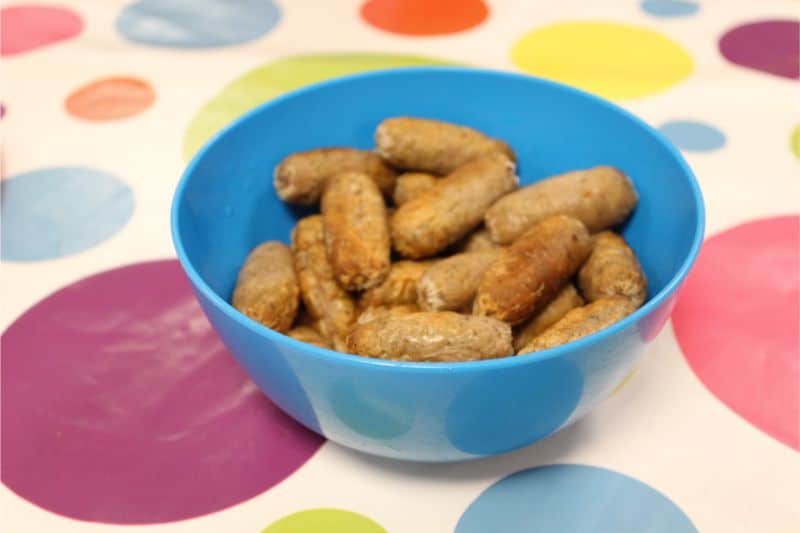 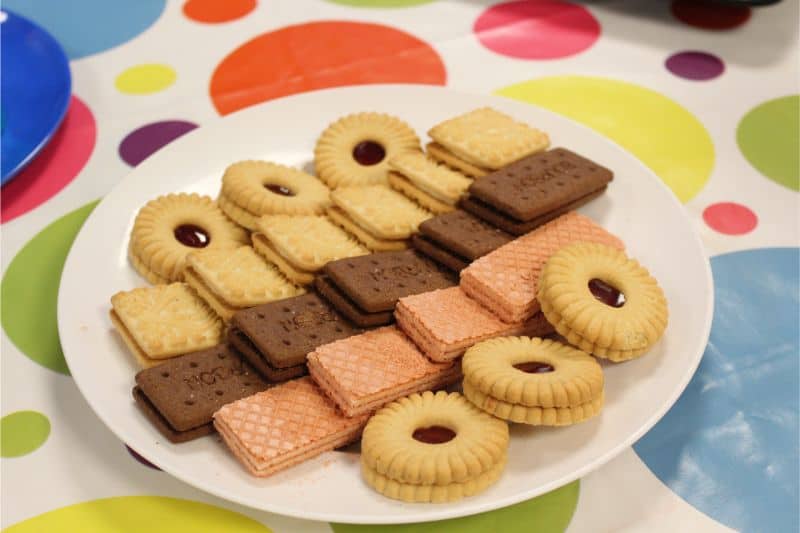 Afterwards individual tubs of ice cream were brought out too. 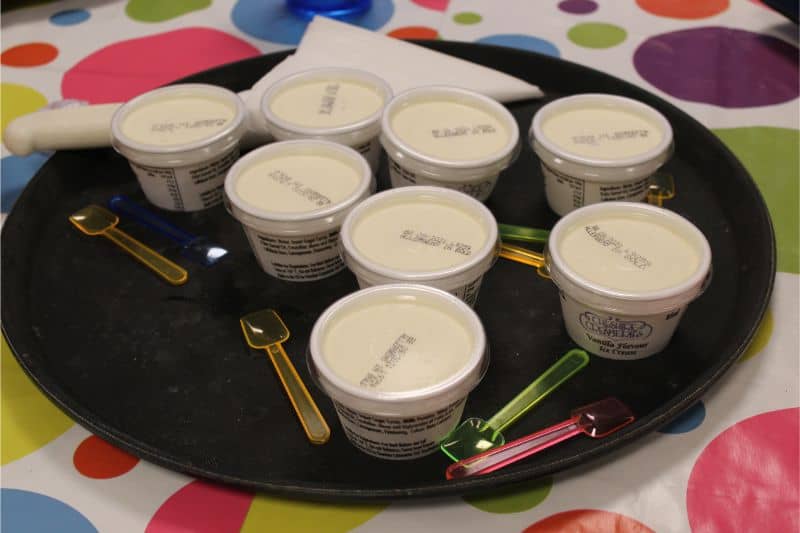 The food portioning was very generous and they had far more than they needed.

Master T had a brilliant birthday party at Rock Up.  It was very easy for me too as everything was done for me, all I needed to take was a cake (they provided a knife and napkins) and party bags.  It’s conveniently located, easy to park, affordable and fabulous fun!  Click here for more info on climbing parties at Rock Up Hull.

Have a look at our other Birthday Party Venues in Yorkshire.