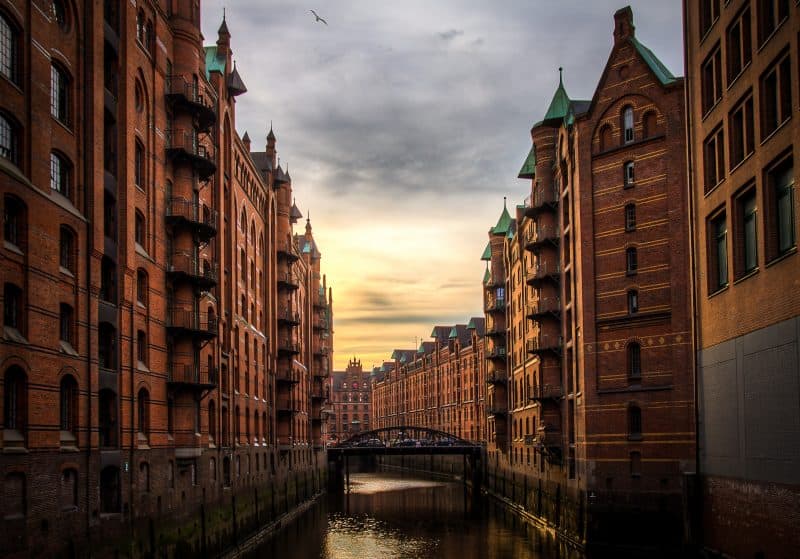 While I write this, we’re bang in the middle of a heatwave, and even though the idea of getting the big coat out of the wardrobe for autumn shouldn’t be on my mind, I have been looking up several spots on the map that are tickling my fancy for a little city break.

I thought it would be a great idea to share some of them with you in the hope you’ll be inspired to book a little adventure in the colder months. I have specifically decided upon looking up the “second cities” of popular destinations. These would be the cities that aren’t capitals and may not be the second biggest in the country but would be seen as hidden gems for tourists.

So before I go to dust down my boots and see where I left my scarf in the back of the wardrobe, these are the hotspots I will be talking about:

If you didn’t already know, have a quick guess of where in Germany you think Hamburg is? The biggest northern city in Germany (it’s almost as northerly as Manchester) is much more stunning that most people would be led to believe because of its industrial past.

Hamburg has one of the prettiest Christmas markets in Germany and somewhere that I’d love to visit!

It is a river city at heart, and in the autumn you couldn’t ask for a better place to go for a stroll, see the sights and try some new food. My research tells me that it’s a big fish city because of the ports, so a lot of local cuisine like  Fischbrötchen, Finkenwerder Scholle and Aalsuppe are all seafood-based – the latter being literally translated as eel soup.

All the major airports fly to Hamburg with Ryanair, EasyJet and British Airways the cheapest airlines flying direct. When it comes to hotels and such, booking midweek will see you get the best price possible, with new hotels like Fraser Suites Hamburg offering a little luxury for less.

Edinburgh has the castle, but Glasgow has the heart.

Many people, me included, see Glasgow as the best representation of what modern Scottish life is all about. The city always has something going on, there is an incredible food scene, and people there love to party.

You could easily spend a week there and still find something to do. When going on a short city break, I would recommend you take time to visit The Lighthouse tucked down a side street off famous Buchanan Street. Take a walk around the Necropolis to see the views and how fancy a cemetery can be. Try out the closest thing to authentic German beer at the gorgeous West Brewery tucked in the corner of Glasgow Green (make sure to get a pretzel!) and have amazing burgers at Bread Meats Bread.

Glasgow is so easy to get to, whether you’re coming up with an advanced ticket on a Virgin train, flying in from any other main airport in the county, or just driving up. For places to stay, I recommend looking up Airbnb listings around Glasgow Green, Dennistoun or Finnieston – the latter of which being where the city’s trendy restaurant scene is centred. 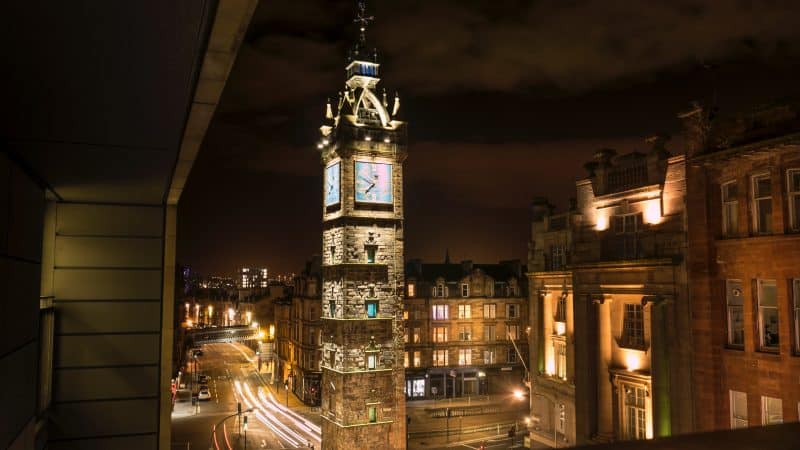 Oh, I do love Barcelona. Probably the only autumn spot I’ve mentioned where you might get lucky walking about in a t-shirt in the middle of September or October.

The turn in the weather ever so slightly means the city isn’t as full of tourists, the walks are much gentler and days have a breezy feeling in the air. You’ll hear a few tunes too as that’s when the acclaimed Barcelona Jazz Festival takes place. I’m certainly no master with a saxophone or trumpet but sitting in a little café and watching performers play out on the street while you do a bit of people watching is bliss to me.

Foodies should be on the lookout as autumn is when vendors will start selling roasted chestnuts on street corners and the Castanyada (aka Day of the Dead) is seen a big day for trying out the food you’ll only really experience in Barcelona at that time of year.

Fights in the autumn from across the UK are cheaper, and I recommend looking at serviced accommodation in Barcelona to get the best rate on a hotel in the autumn as many of the rented apartments won’t be free after the summer ends and locals come back home. 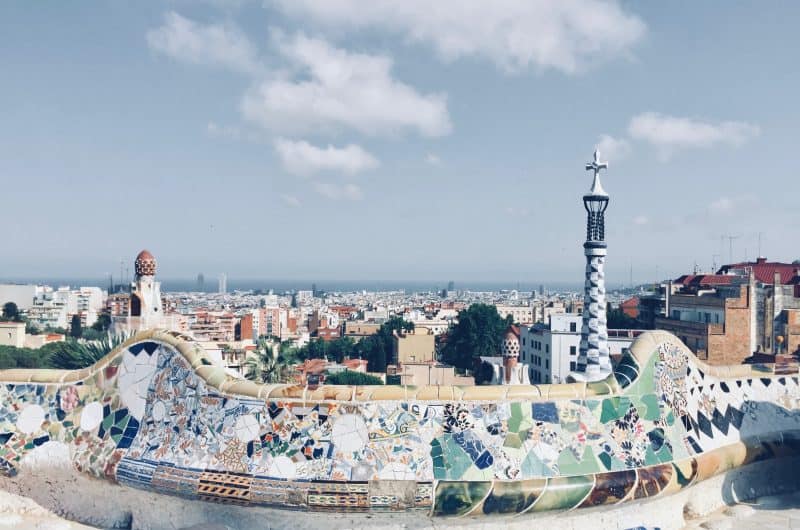 While the official title of the city is Londonderry, if you’re even seen it mentioned on the news, it will often be referred to as both monikers. From watching the amazing Channel 4 comedy Derry Girls and chatting to some people, I’ve been told that locals will always say “Derry” and anyone visiting should too as that’s how the football team, local council, official tourist site and airport are referred to.

Derry is only 80 miles away from Belfast and sits right on the border with the Republic of Ireland. It is seen as a hugely cultural city but is very compact. Part of its charm is that for a city of its size, many chain restaurants (the likes of your Pizza Express, Zizzi, Frankie & Benny’s etc.) don’t have locations here, which is a bit crazy in a city with a population over 100,000. To put that in perspective, 55,000 people live in Leamington Spa, and it has a Wagamama.

Ireland is a great family friendly place with lots to do for the kids.

Because of this, the town is full of independently run restaurants that serve local cuisine in a city that loves its food. Top spots to visit include Pyke N Pommes, Nonna’s, The Exchange and Saffron.

The city (of course) has great Irish pubs, with Waterloo St the unofficial hub for pubs in town. Every spot plays music with live bands in most nights, which is a given in a city that singers like Fergal Sharkey and Nadine Coyle come from.

It is much cheaper than Belfast, the airport has direct flights from Manchester, London, Liverpool and Edinburgh, and hotel rates are competitive. 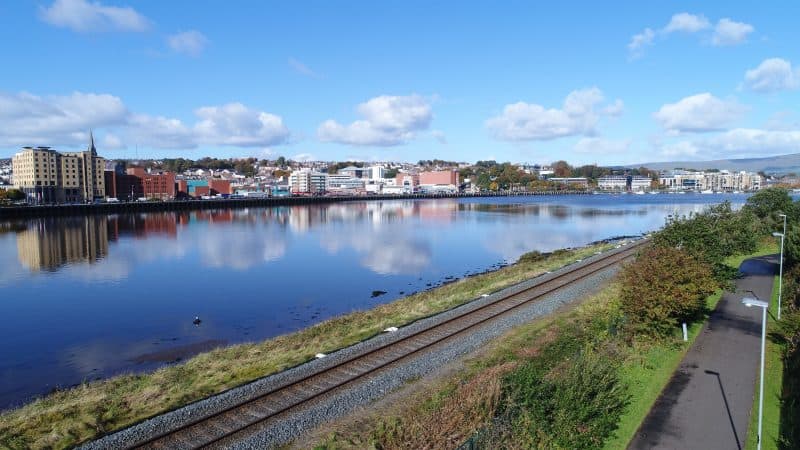 If Milan is known to be one of the fashion capitals of the world. Famous for flagships from major brands such as Gucci, Fendi, Prada and more, it hosts one of the most important fashion weeks of the world, setting trends in the industry.

But if fashion isn’t your thing or you’re not interested in luxury Italian brands, Milan is a gorgeous city that shouldn’t be overlooked. Italy is renowned for its architecture and rich history and Milan is no exception. Less touristy than Rome, Florence or Venice, Milan retains its authentic Italian charm and has plenty to offer to architecture fans. From the well-known Galleria Vittorio Emanuele II to UNESCO world heritage site Chiesa Santa Maria Della Grazie, you will have the chance to witness different influences in the city. 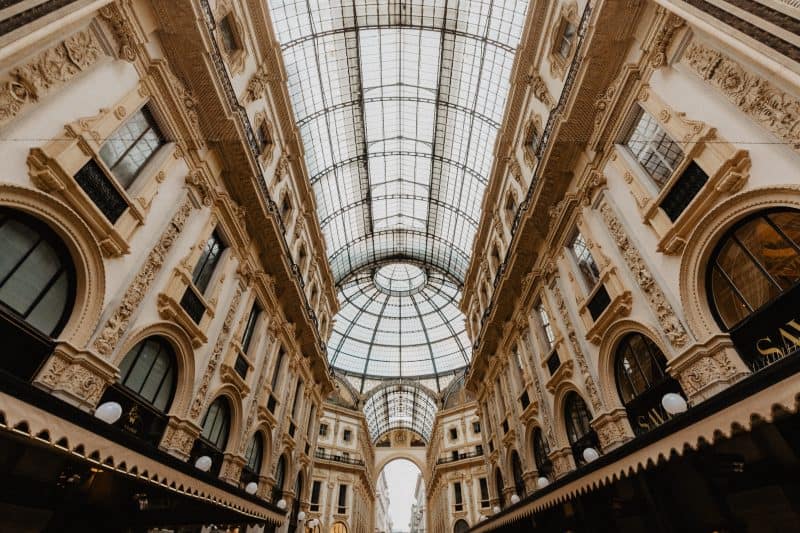 Fancy a little staycation instead?

Then read my posts on UK travel here, including a big list of over 45 ideas for family days out in Yorkshire.