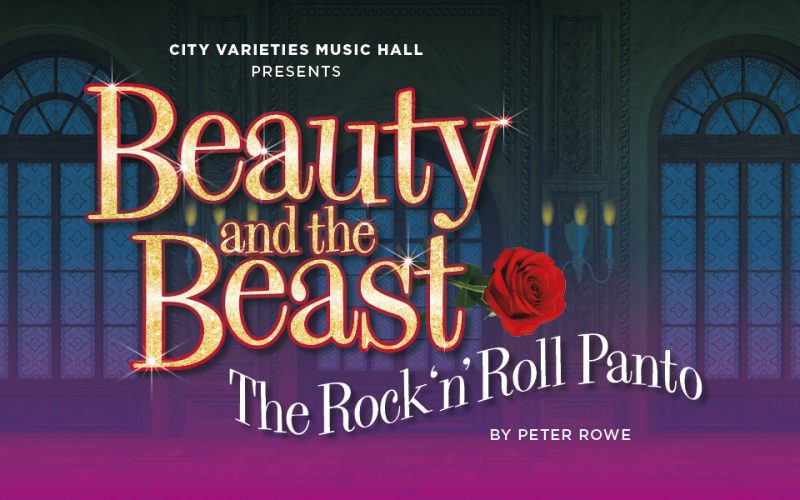 After having an enforced year off in 2020, Rock n’ Roll Panto is back at Leeds City Varieties for Christmas 2021 and this year’s offering is Beauty and the Beast and we were lucky enough to go along to watch a performance.

For those not in the know, Rock n’ Roll Panto is an eclectic blend of traditional panto, classic rock and party anthems. You can expect dad jokes, double entendre, audience participation, a possible soaking, a sing along and (most importantly) an evening of fun. 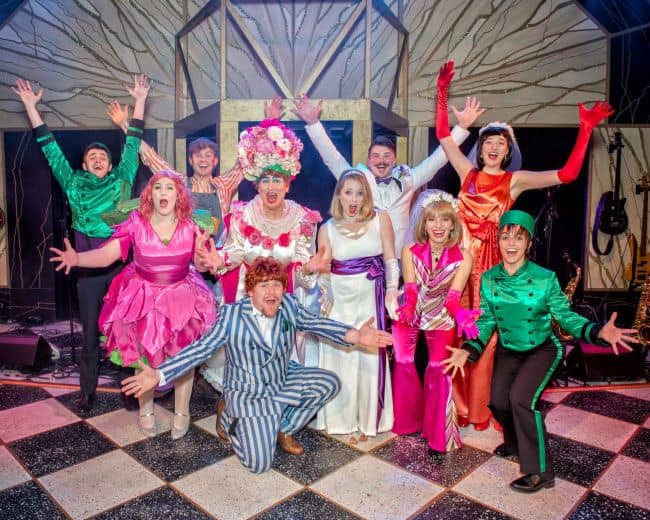 As we have come to expect with Rock ‘n Roll Panto, our evening was an absolute blast from beginning to end and I left with my yearly thoughts that:
a) the cast have the best job EVER
b) I would be a great Dame (or at the very least fairy Godnarrator)

The ensemble of actor-musicians are so incredibly talented. Think that band at your friends’ wedding who played all those songs that just make you want to dance all night. It really is hard to believe that they will keep up this level of energy and joy through to 9th January, but they’re professionals and they will! 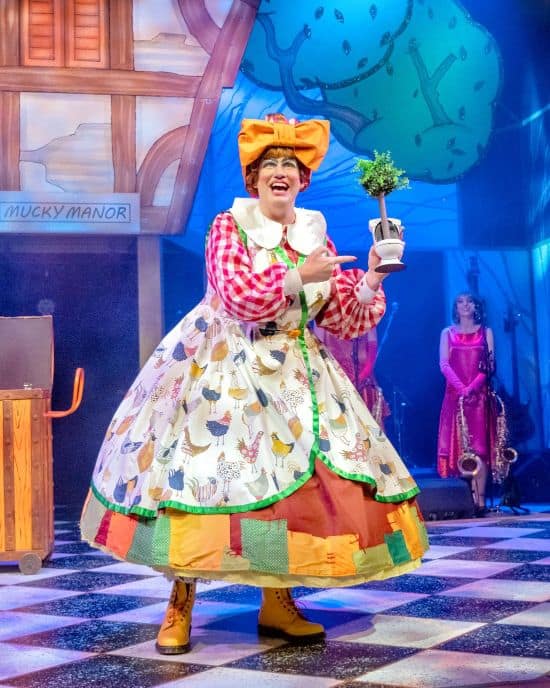 The whole cast were entirely fantastic, Conor Mellor’s pantomime debut as Beast was a great success. He and his marvellous moustache were brilliant and he also got to belt out the best songs in the show (Sweet Child Of Mine – yes please!) Kenny Davies plays patriarch Sir Peacock Beauregard in his 10th Rock n’ Roll Panto and (spoiler alert) his on stage smooch had us all barely able to breathe with laughter. As ever the absolute star of the show for us is Simon Nock, this is his fourth year as Dame. Hilarious, affable and full of innuendo, Dame Bessie Bigbreaths was an absolute delight. Now Aoife is a bit older, the jokes don’t go over her head quite as much as they once did and she was giggling away at what could potentially rhyme with bucket…. 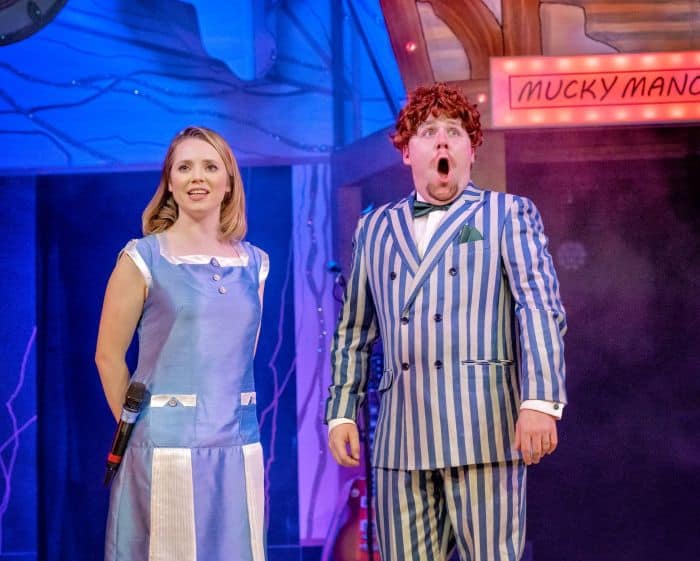 We booed, we cheered, we laughed, we got soaked, we shouted (OH YES WE DID) and we had the most wonderful night at Leeds City Varieties watching Beauty and the Beast. I know people say this all the time but it really was even better than the 2019s performance – that missed year has clearly made the cast and production crew determined to come back bigger and better – and they did!

This year, City Varieties are offering some socially distanced dates and some with BSL. There is also a relaxed performance on Thursday 6th January with minor tweaks made to the show to ensure that the auditorium is a more relaxed and welcoming space.

This review was written for us by Anna Goldthorpe who writes her own fabulous blog at Me, Annie Bee.  We were invited to attend at the City Varieties but all opinions expressed are Anna’s own.

If you like pantos, have a look at this review of Sleeping Beauty at the Lawrence Batley Theatre.