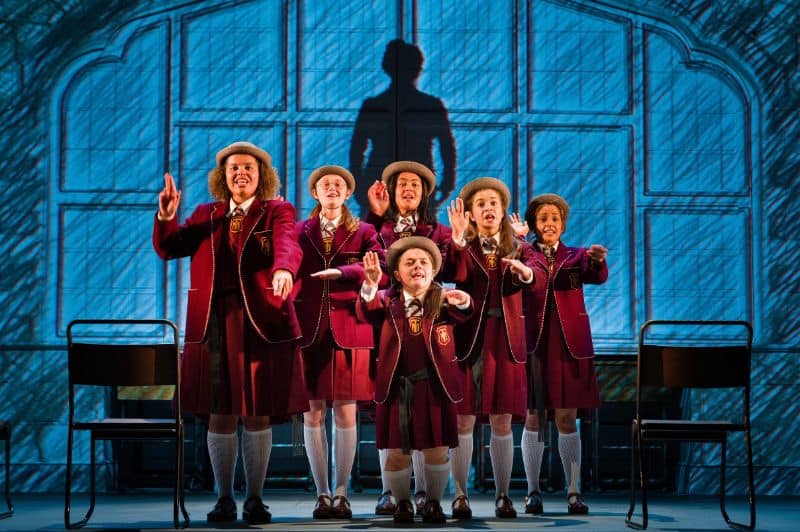 It is always a delight to visit the Theatre Royal in York and I was thrilled to hear that Malory Towers was showing from 10th – 14th September.   I really enjoyed the books written by Enid Blyton when I was a young girl.  My 12 year old daughter also loves the stories and adventures many years later so we were very excited to be invited to attend on the opening night. I was slightly uncertain how we would find the show – loving the books as much as we do,  but we had nothing at all to worry about, the show was simply brilliant! 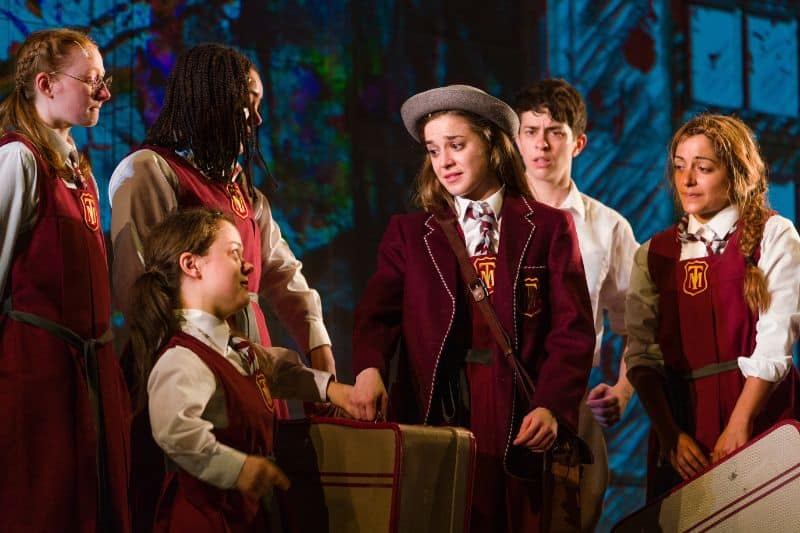 The story starts with the girls catching the train to their new school “Malory Towers” and we started to see the different personalities of the characters. It was very funny at times and had us and the rest of the audience laughing throughout the evening.   The girls sang and danced throughout the show,  the music was really great.   We recognised story lines from the original books.  The evening was about the friendships and the anguishes the girls encountered and the overwhelming messaged was of kindness and patience towards others.      The special effects were simple yet so effective and the set itself was  delightful.

In the interval I asked my daughter her thoughts – and she declared it to be “brilliant!” and it was only half way through.    She was totally right.  I have not enjoyed a visit to the theatre so much in years.  It really was a fantastic evening and one I would recommend to most. There was music and dancing and laughter, a real tonic.  You will have to be quick though – it is only on until Saturday but very much worth it if you have the chance to go. 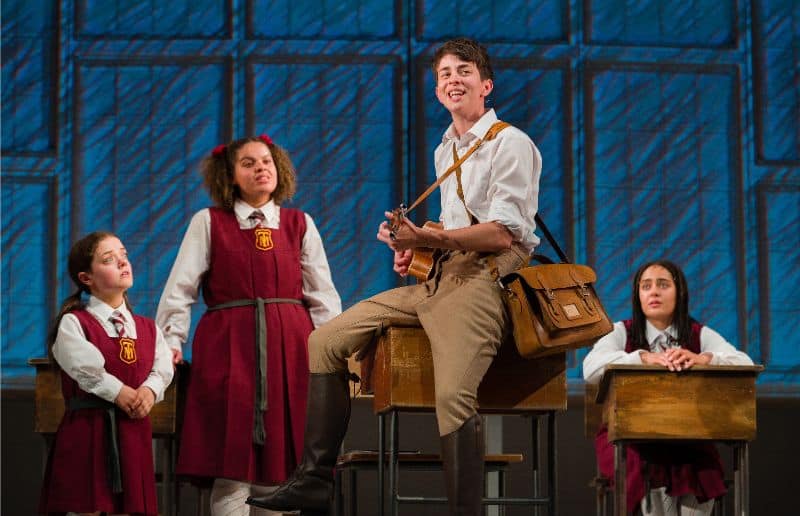 The windows shone. A green creeper climbed almost to the roof. It looked like an old-time castle. ‘My school!’ thought Darrell, and a little warm feeling came into her heart. ‘How lucky I am to be going to Malory Towers!’

Fresh from the fantastic two-week run of Angela Carter’s Wise Children at York Theatre Royal, Emma Rice’s Wise Children company has announced a new production – an adaptation of Enid Blyton’s Malory Towers.  This production will visit York Theatre Royal, which is co-producing the show in association with Bristol Old Vic, from 10 to 14 September. Tickets are now on sale.

Darrell Rivers is starting school with an eager mind and fierce heart. Unfortunately she also has a quick temper! Can she learn to tolerate the infuriating Gwendoline Lacey, or value the kind hearted Sally Hope? Can she save the school play and rescue terrified Mary Lou from the grip of a raging storm? If she can do these things anywhere, she will do them at Malory Towers!

Adapted and directed by Emma Rice this is a show for girls, boys, and all us grown up children who still dream of midnight feasts and Cornish clifftops.

The production opens at The Passenger Shed in Wise Children’s home city of Bristol in July, then tours to venues across the UK including Cambridge, Exeter, Manchester and Oxford as well as York.  The show is officially licensed by Enid Blyton Entertainment, a division of Hachette Children’s Group (HCG). Karen Lawler, Head of Licensed Content at HCG, says: “Enid Blyton created incredible female characters at Malory Towers: strong, capable and always, always kind. ‘Women the world can lean on,’ in Enid’s own words. We share Emma’s passion for these characters and we couldn’t be more excited to see Emma’s vision of Malory Towers come to life.”

“I’ve always been drawn to the years that followed the Second World War. It’s a time that feels close enough to touch, as I vividly remember my grandparents and how the war affected their lives. My Mum’s parents – poor and largely uneducated – decided that their children would have access to all the things that they hadn’t. I don’t know how they managed it on a railway worker’s pay, but my mother was sent to a remote grammar school in Dorset: Lord Digby’s School for Girls.

“Whilst not a boarding school, Lord Digby’s was an extraordinary place of learning that changed my mother’s, and by extension my own, life. The tendrils of passion and education that Lord Digby’s stood for reach out across 60 years and more. They reached out over my inner city comprehensive education and have shaped my own beliefs and choices to this day.

“My adaptation of Malory Towers is dedicated to the generation of women who taught in schools in that period. With lives shaped by the savagery of two wars, these teachers devoted themselves to the education and nurture of other women. It is also for the two generations of men that died in those same wars, leaving us with the freedom to lead meaningful, safe and empowered lives. And it is for Clement Attlee and his Labour government of 1945 who looked into the face of evil and chose to do what was right. These people changed the political landscape in their focus on care, compassion and the common good.

“Malory Towers was written at the heart of this political revolution, and embodies a kindness, hope and love of life that knocks my socks off. ‘Long live our appetites and may our shadows never grow less!’ the girls cry.

“My mother wrote to her teachers at Lord Digby’s until they died and is still friends with many of the girls she met there. And when I see my Mum, born into the poorest of rural backgrounds, enjoying Dickens and Almodovar and speaking French to her childhood pen-friend, I am stopped in my tracks. She went on to dedicate her life to the NHS and the helping of others whilst never losing her appetite for life, culture and hope. I salute her, and I cheer the education that threw this mind and soul into the air and said, “be a woman that the world can lean on”.