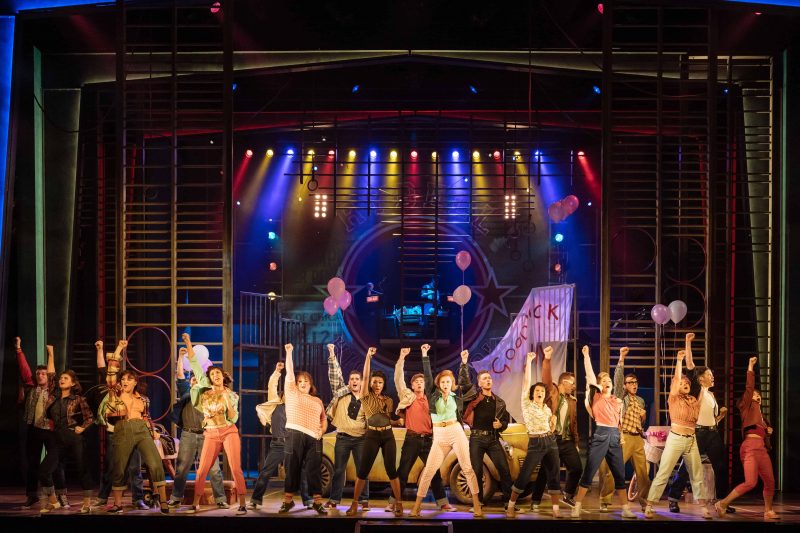 And that something is Grease at Leeds Grand Theatre!

This is the first new production of the iconic musical Grease made in 25 years and I couldn’t wait to go and see it. My friend Hannah was even more excited than me – primarily because The Andre would be there! 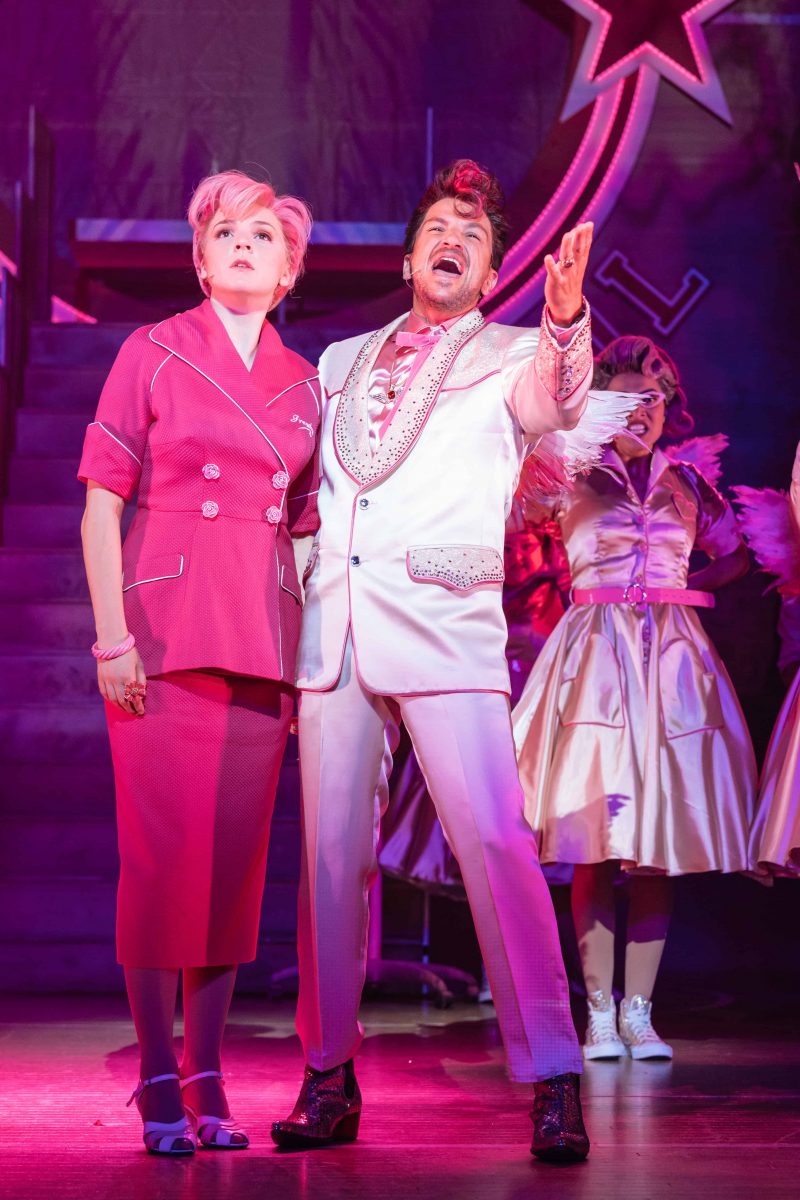 Now, I am a BIG fan of Grease the Movie – it’s as old as me and has aged equally as well. Having watched it a LOT since I was a child, I know all the words and all the scenes – I am a purist…

The stage set up was amazing from the start, a mesh screen on stage with 50s images of TV and radio – the scene was set by the legendary Vince Fontaine and Grease was indeed the word. Unfortunately, a technical issue stopped play briefly but the cast styled it out and cracked on.

Grease is a vast cast but each character was played with aplomb, the singing was fantastic and the choreography was astounding, I LOVED the Greased Lightning performance, those T-Birds have some amazing moves! I must confess that as a lover of the movie, I was a little disappointed that the stage production didn’t follow the narrative of the film in quite the same way – why wasn’t Sandra Dee sung at the sleepover? I also felt that some key moments were left out/glossed over and I know Hannah struggled with the transformation of Sandy…it really wasn’t quite as impressive as in the movie. 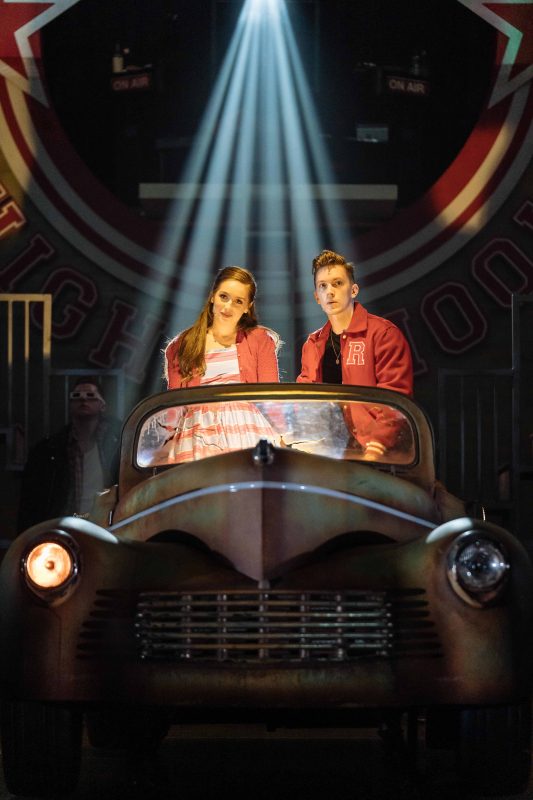 That is not to say it was a bad performance, it really wasn’t. Although the Born to Hand Jive dance was so energetic and was by far my favourite part, there was singing and foot tapping galore and we left like giddy teenagers after a sock hop.

The whole cast was hugely talented but for me Rhianne-Louis McCaulsky’s Rizzo, Natalie Woods’ Jan and Louis Gaunt’s Kenickie were the stand out characters – though there was no mention of a hickey from Kenickie…. 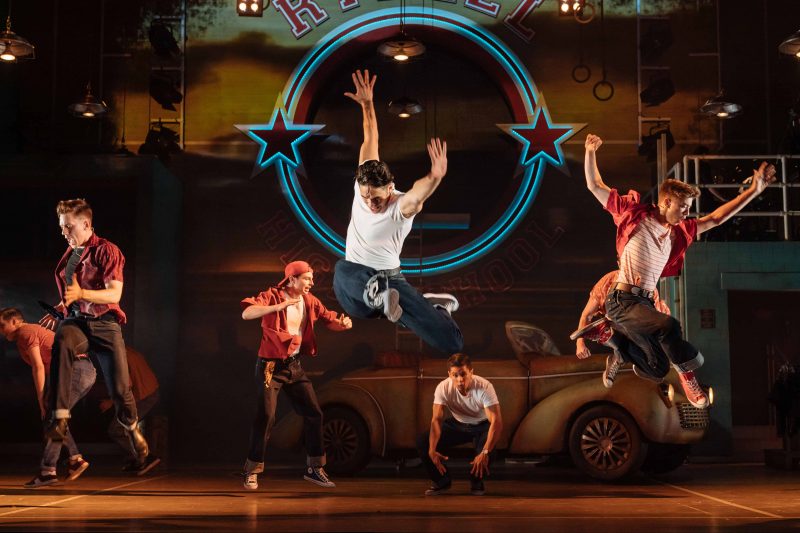 Grease is running at Leeds Grand Theatre until July 20th with Peter Andre scheduled to perform 28th June and 17 – 20 July 2019 while Ore Oduba will perform from Sat 29 June to Tues 16 July.

This show is definitely one of a kind, like dip da-dip da-dip doo-wop da doo-bee doo.

Tickets can be purchased from www.leedsgrandtheatre.com