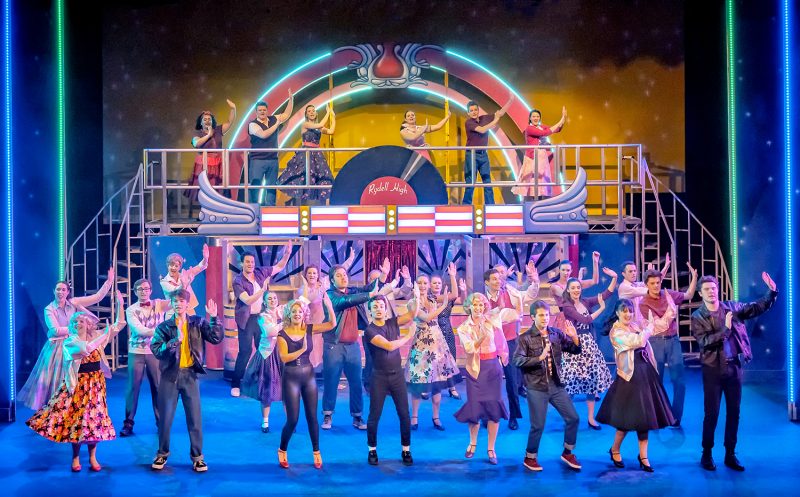 Last night I saw York Light’s opening night of Grease at the York Theatre Royal.  It’s long been a favourite of mine since I was quite small (though listening to some of the lyrics last night I am not sure I should have been watching it!).  It was though, a complete delight.  The York Light cast did a brilliant job, much to the joy of the audience – many of whom were singing along behind me!  The cast was huge but all the characters were very distinct. 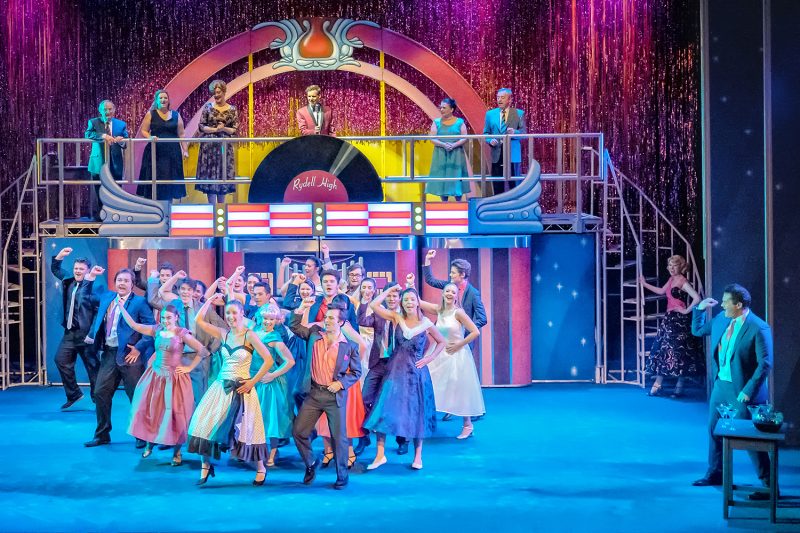 My favourite, and one to keep an eye out for was Roger, played by Finn East, a great voice and a charismatically quirky manner.  I enjoyed all of the T-Birds performances, in particular ‘Greased Lightning’, which was delivered with high energy and a lot of hip thrusting (though I am not sure how I feel about this, given that they are probably not that much older than my son – awkward…).  I’d have loved it as a teenager though! 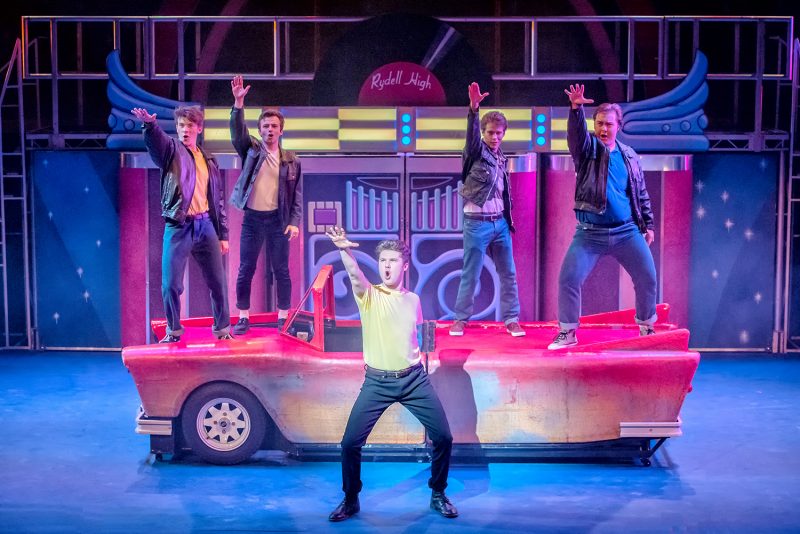 The songs took me back and ‘hand jive’ is going round in my head as I type.  So many favourites though from ‘Sandra Dee’ to ‘We go together’.   Get yourself there for a feel-good jig along night out!  Oh and don’t miss Monday the 18th for a dress up and singalong night – that will be fabulous! 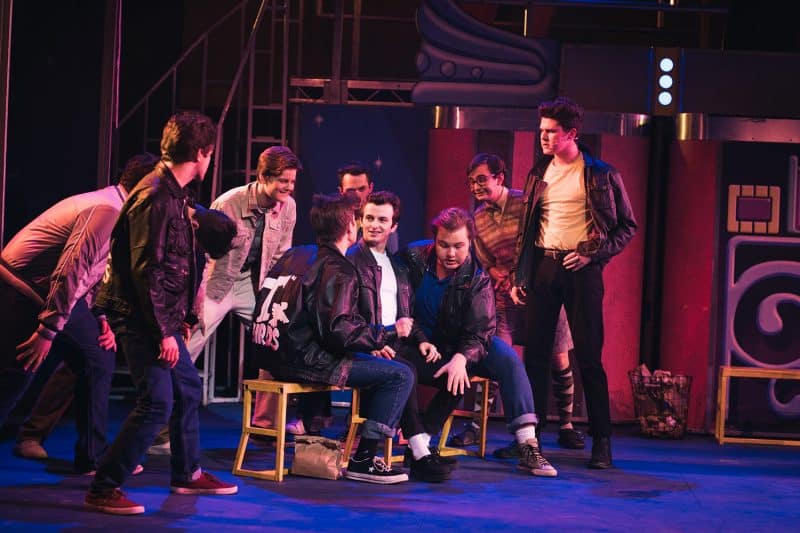 Stand by for two weeks of leather jackets, hand jives, milk shakes and a gallons of grease as York Light brighten up these cold winter nights with plenty of summer lovin’ in Grease at York Theatre Royal from 13 – 23 February.

Grease is still the word, nearly 50 years after the musical made its Broadway debut and four decades after the movie version starring John Travolta and Olivia Newton-John broke box office records across the globe. It remains as popular as ever, not least because of the hit parade of songs that includes Greased Lightnin’, You’re The One That I Want, Hopelessly Devoted To You and Summer Nights.

The Pink Ladies and the T Birds will assemble once more for a new term at Rydell High where, after a whirlwind summer romance, tough greaser Danny and girl-next-door Sandy are unexpectedly reunited when she transfers to Rydell High for senior year. What will Danny’s gang of greasers the T Birds think when they find out? And what will sassy Rizzo, top girl of the Pink Ladies, say about Sandy’s unlikely summer romance?

This is the first time York Light have staged Grease and the cast features a host of fresh faces and new talent – James Horsman as the smooth greaser Danny Zuko is making his debut with the company. While Jack Armstrong returns as the headstrong Kenickie, having played a fresh-faced Artful Dodger in York Light’s previous production of Oliver!  Sandy Dombrowski is Sarah Craggs’ first principal role with the company as the initially prim ingénue who falls for Danny in a summer romance. Both Sarah and James are experienced singers and performers, with a mix of amateur and professional work between them.

They are joined by Emma-Louise Dickinson, recently seen as Anna Leonowens in The King and I and Milly in Seven Brides for Seven Brothers, now playing Rizzo, leader of the Pink Ladies.  The rest of the T Birds and Pink Ladies include William Darwin (Doody), Hannah Witcomb (Frenchy), Finn East (Roger), Fiona Baistow (Jan), Jonathan Wells (Sonny) and Rachael Whitehead (Marty).

Richard Weatherill plays the loveable geek Eugene and Sarah Bruce takes on the role of Vice Student President Patty Simcox. Steph Elsey joins the gang from rival school St Bernadettes as Cha Cha.  Richard Bayton doubles up as Vince Fontaine and Teen Angel. Robert Sager will lead the entertainment for the high school dance as Johnny Casino and Pascha Turnbull returns to the company after a ten year absence as the principal and disciplinarian Miss Lynch.

The show’s professional director and choreographer Martyn Knight heads up this production, once again ably assisted by the new Chair of the company Sue Hawksworth, who’ll get even the laziest greaser hand jiving away. John Atkin returns as musical director and chorus master after last year’s Guys and Dolls, both conducting the band and playing keys during the two-week run.