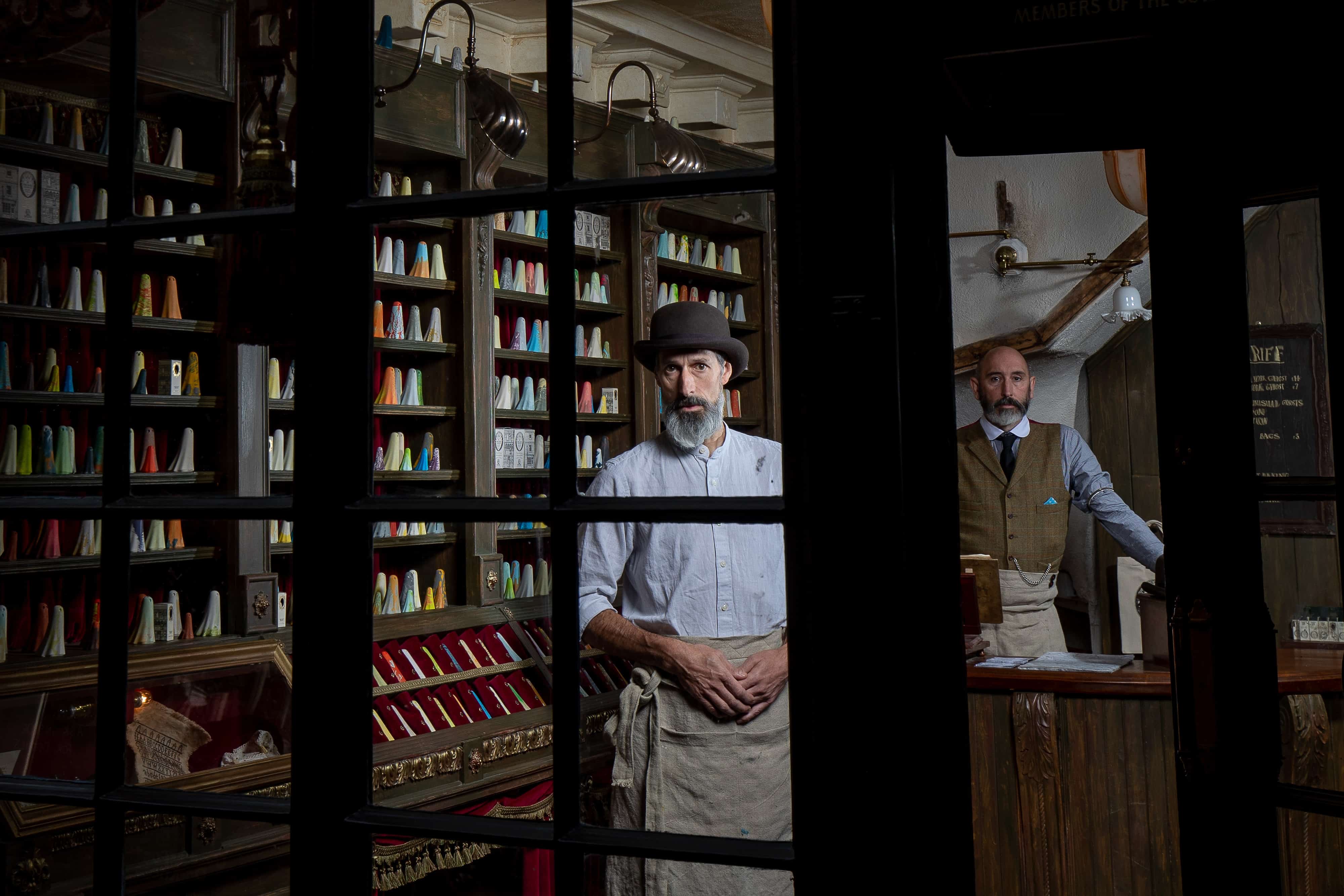 Do ghosts exist? Absolutely, according to the proprietors of a new shop that has opened in York’s historic Shambles with perhaps the most unusual and unvaried stock of any shop in Britain. As the name suggests, York Ghost Merchants sells ghosts, and nothing else.

The shop, located in number 6 Shambles, which was built in 1780 is, at first glance, a very traditional store with a clear Georgian heritage and theme, with oak-panelled walls and display cases, but from the moment intrigued customers step across the threshold, it becomes clear that this is a place where history and myth, heritage and legend overlap to intriguing effect.

“The story we tell is of the tradition of ghost making, which dates back to the 1400s when pilgrims would purchase badges, tokens or souvenirs which they would take into holy shrines to be imbued with positive spirit and energy – effectively creating their own good luck charms. Although their origins are shrouded in mystery, York Ghosts seem to have followed a similar tradition, carved from oak and used as protection from evil,” explains Angus McArthur, who has founded the store with David Bloodworth. “The somewhat obscure legend of York Ghosts has continued over the centuries.”

The tradition of York Ghosts has now been resurrected to create a range of handcrafted ghosts, which can be purchased exclusively from the Shambles-based store as an unusual souvenir or lucky charm for visitors to take back home. Every ghost is unique, made on the premises, and comes in its own travelling box which has been designed to replicate the York Ghost Merchants store.

The act of purchasing a ghost comes with its own ceremony. Over 1000 ghosts in two sizes are displayed at any one time on the store’s shelving. When a purchaser finds the ghost that calls to them, they are invited to take a photograph in a specially lit and ornately lined pedestal compartment hidden in a panelled wall, before it is carefully packed into its travel box for transportation to its new home.

The store is to be followed by further development of the No. 6 Shambles premises. Work is currently on-going to transform the top floor into a cosy nook where ghost stories can be shared with a small audience.

“York is known as the city of a thousand ghosts – that should be 2000 now – and often referred to as the most haunted city in Europe, so it is almost unthinkable that there has been nowhere to purchase a traditional York Ghost in the city for at least the last century,” adds David. “We are happy that we’re now able to redress this balance, and look forward to York Ghosts once again being rehomed and cherished across the four corners of the globe.”

The York Ghost Merchants is open daily, usually from around 10am until early evening, though times may vary according to other-worldly demands. Two sizes of ghost are currently available, priced at £14 and £7. For more information, please visit www.yorkghostmerchants.com or follow @yorkghostmerchants on social media.