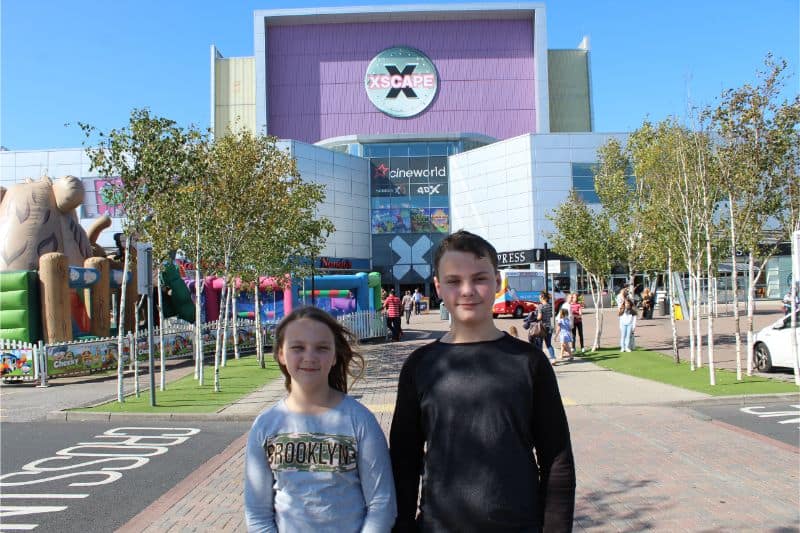 Kids’ Birthday Parties at Xscape Castleford, LaserZone and 4D Golf Review – Miss H turned ten this year, I can hardly believe it myself, it does not feel five minutes since she was a tiny baby!  She is quite an adventurous girl, which you might know if you have read any of my other posts, so when we were offered a LaserZone and 4D golf party at Xscape in Castleford to review, we jumped at the chance.  I always think reviews are really useful as you get so much more info before you choose where to go.  Oh, and we also put together a video here –

So, back to the party, Our host Charlie took care of us right from the start. After introducing himself to us, he showed us to our dedicated party table and furnished the kids with juice, before taking their orders for pizzas for after the game. 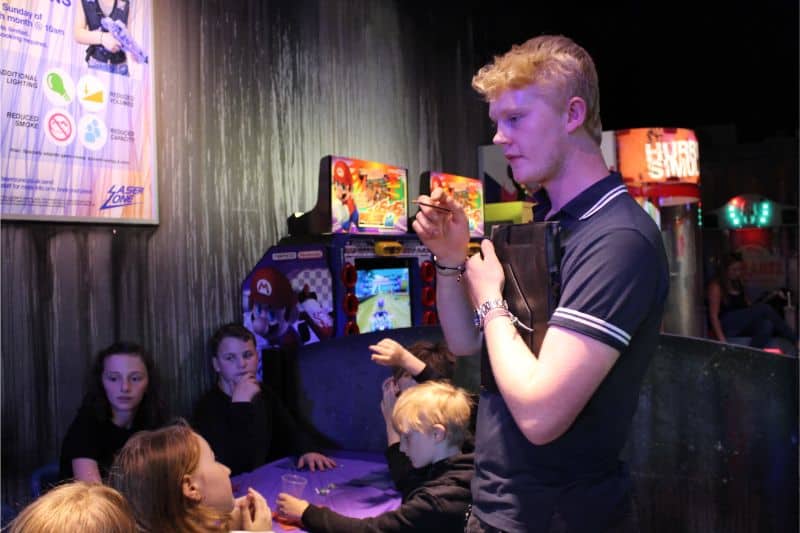 Charlie explained to Mr W and I what was going to happen which is always reassuring! The kids were then ushered into the briefing antechamber where the rules of the game were explained – again by Charlie which was good as the kids built up a rapport with him, and he was very good with them.  He explained where the bases were and what happened if someone shot you with their laser. They were also given safety rules like no running and no hitting each other! 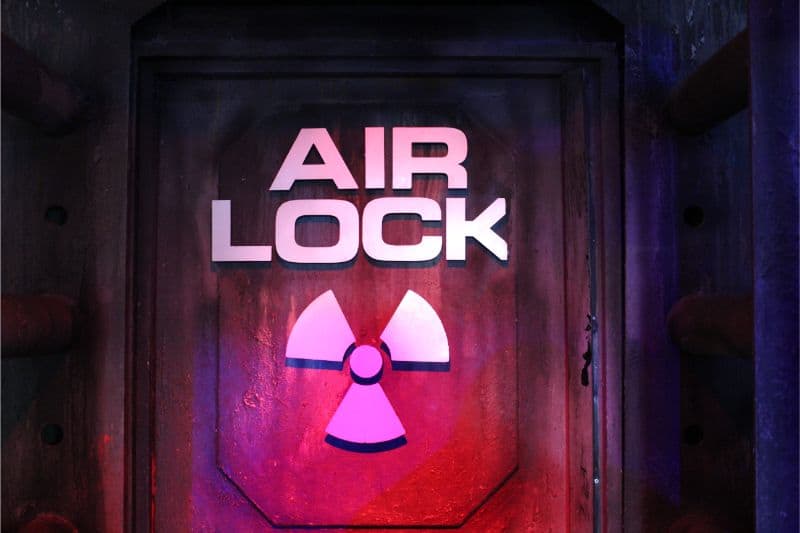 You can hear, if you watch the video how excited they were and how noisy it was, but they loved it! They headed into another room and put on their backpacks and hefted their laserguns, then it was into the laser arena.  We had eleven children and they were all on the same team (a maximum of eleven).  But three teams can play at once.  Then they immediately dispersed, hiding and seeking the other team’s base to destroy (or shoot at a few times anyway!).  There is also a booth within the arena where they can go and have their photos taken – prompt them beforehand as they probably won’t remember otherwise! 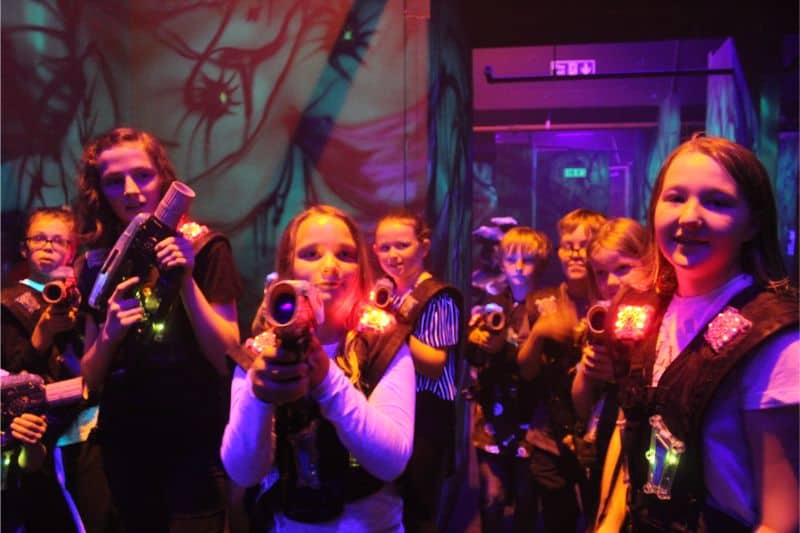 We had two games (you can choose whether you have one or two, and the prices differ).   Then the kids came out, excited, thirsty and hungry!  Fortunately Charlie had loaded our table with plenty of orange and blackcurrant juice.  Here is Miss H’s cousin proudly showing her score card. 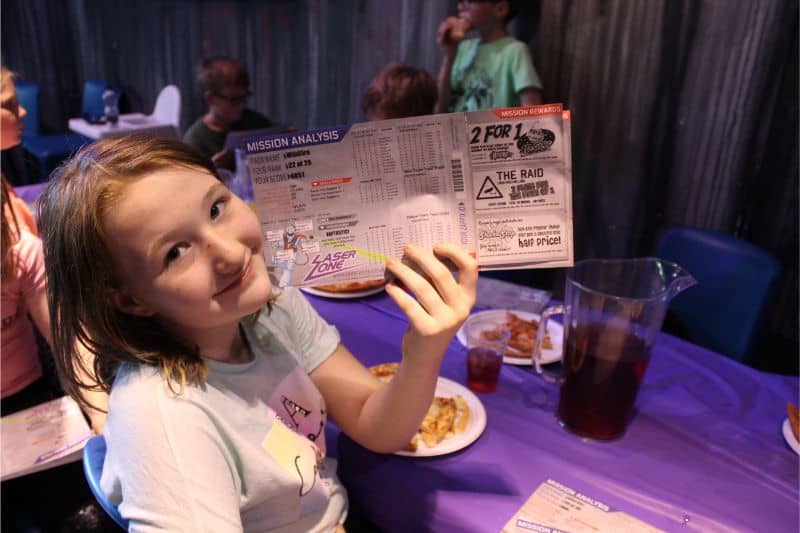 Then the pizzas arrived.  They had a choice of cheese, pepperoni, chicken or beef pizzas.  As you can see they were great pizzas (and we brought home loads too). 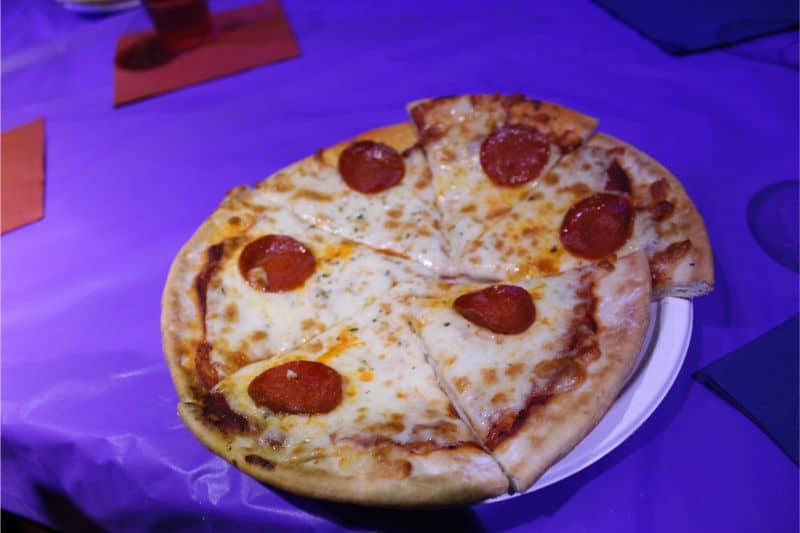 After the kids had eaten we were escorted over to the 4D Golf within Xplore.  There are two crazy golf courses, one downstairs and one upstairs.  We chose the one upstairs as it was a little scarier and I thought they might like that!  They were all given a golf club and a glow in the dark ball and then charged onto the course!  Forgive the slightly blurry photos, it was dark and the kids WILL NOT stand still for anything more than two seconds so I can get a photo! 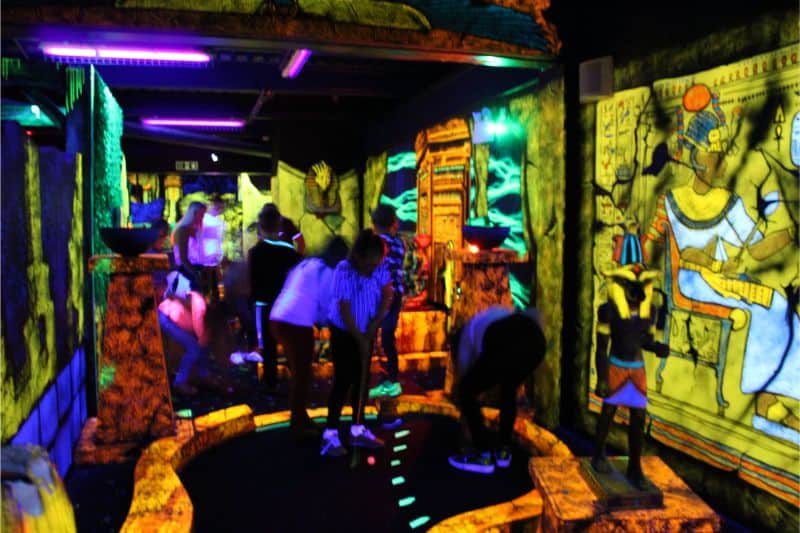 They were also given 3D glasses to wear which they enjoyed. 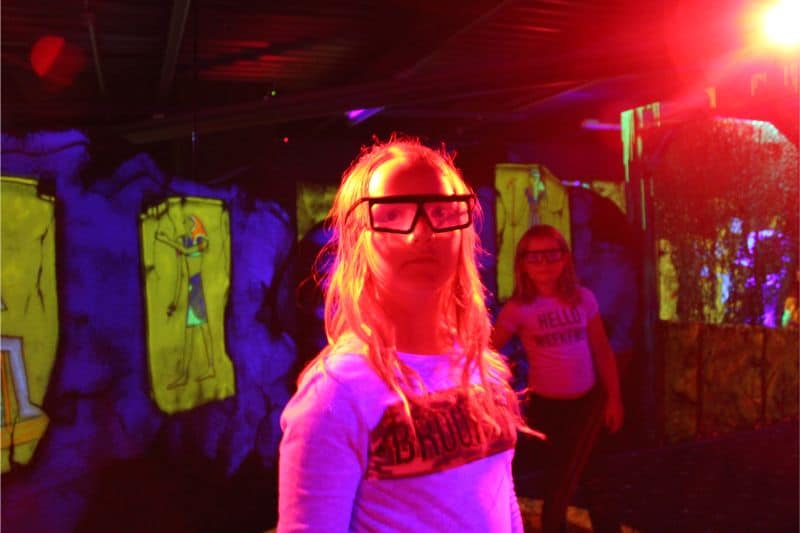 The course was Egyptian themed and quite dynamic as the lighting changed all the time and the music and sound effects were atmospheric. 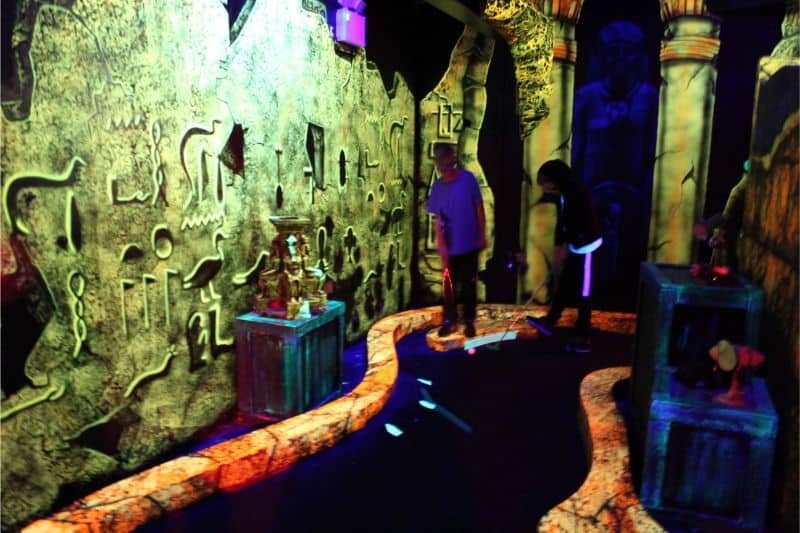 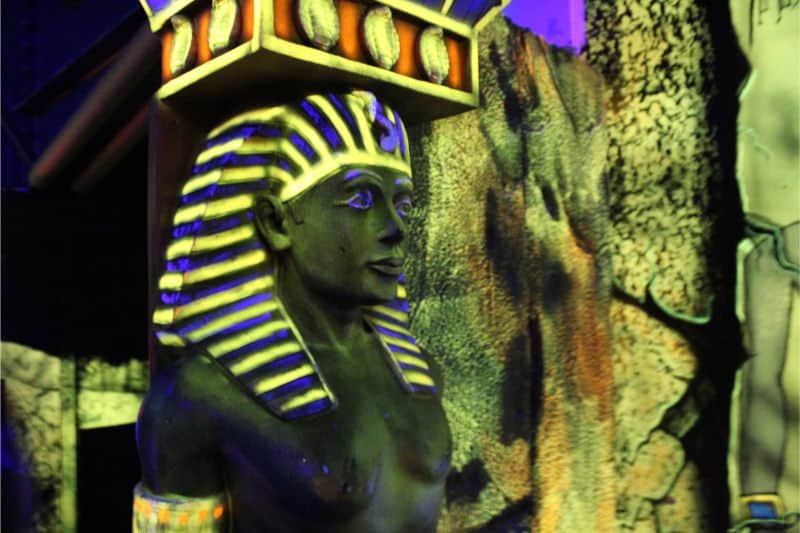 Afterwards we headed back to LaserZone for a rousing chorus of ‘Happy Birthday’, Charlie brought over the cake I had taken in and the lights were dimmed and music accompanied us while Miss H blew out her candles.  After that Charlie scurried off with our cake to cut it up to pop in the party bags.  The party bags are provided as part of the party, which is brilliant as they always cost me a fortune, take ages and I never know what to put in them! 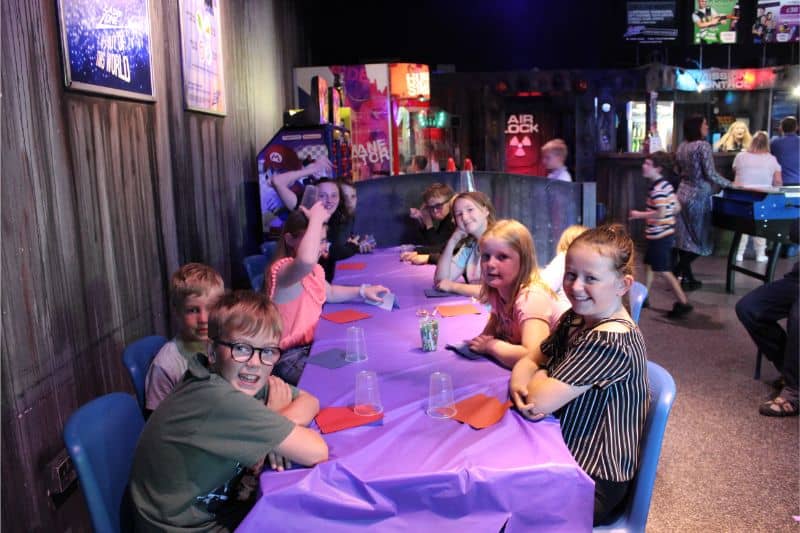 I was very impressed throughout the party, we were well looked after, the kids were entertained, well fed, watered and given party bags at the end, and most of all, had a brilliant party.  It was so easy and very reasonably priced too!  All I needed to bring was the cake.   You can see the different party packages and prices here.

Have a look here if you are looking for more ideas of kids parties in Yorkshire.

We were invited to review the kids’ party at LaserZone and 4D Golf, but as always, all opinions expressed are my own.