We are big Shrek fans, although it has to be said I think Mr W and I are bigger Shrek fans than the kids! We got chance to visit Shrek’s Adventure in London on our Christmas weekend away and really enjoyed it.  You can find it on the South Bank of the River Thames next to The London Eye, opposite the Houses of Parliament.    The London Aquarium is in the same area too, so you can do a few things in the same area.  There was also a stop for The Original Tour bus there too so that was really convenient!

Shrek’s Adventure is a Merlin attraction (the company that does Alton Towers, Sea-Life Centres and the Dungeons) so you know it will be good quality.  Keep an eye out for ‘2 for 1’ deals or even better consider getting a Merlin Annual Pass that allows free entry to all their attractions for a whole year – then really make the most of it! 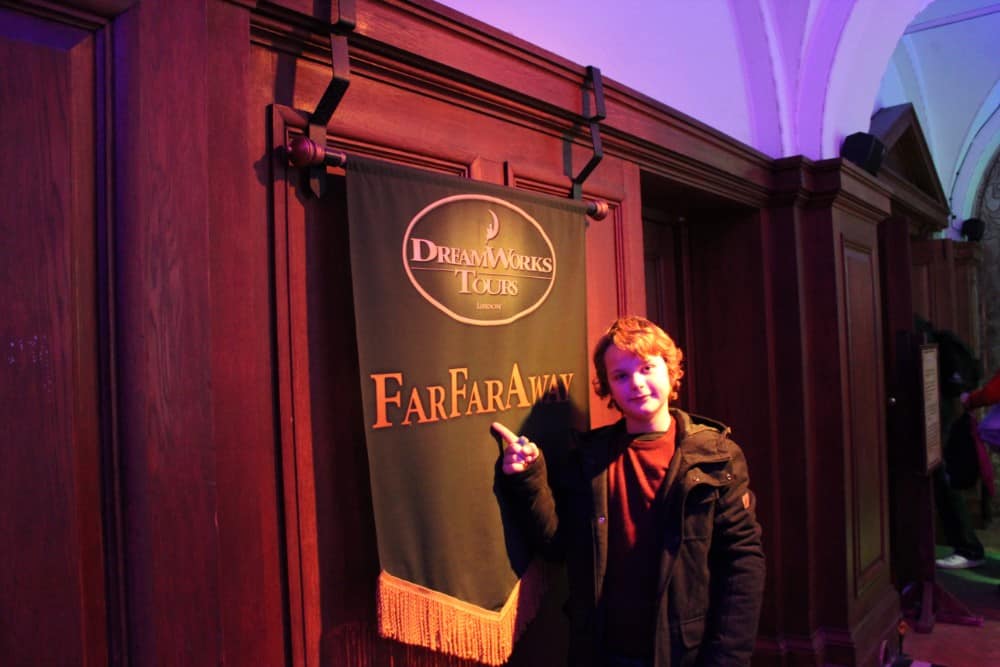 For some things the format of Shrek’s Adventure is very like the Dungeons tours (I reviewed York Dungeon here) in that it’s a very interactive experience.  You are told a story via lots of different rooms (more like theatre sets) each with it’s own live character.  The actors are fabulous and so funny – and of course it isn’t scary like the Dungeons!  One thing that really stood out at Shrek’s Adventure was the 4D Bus ride.  It’s very early on in the tour and everyone loved it. 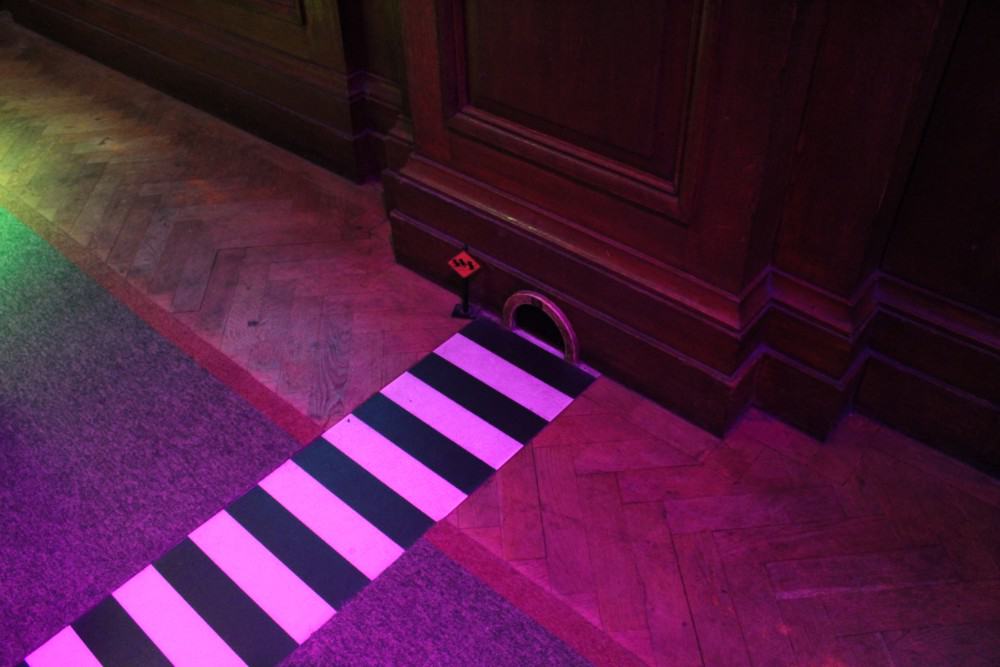 Photography isn’t allowed during the tour which is good as there are no constant flashes – but there are lots of points where photos are taken of you and your family.  These are then superimposed into funny poses and put into an album that you can buy at the end for £30.

Right at the end of the tour though there is various staging where you can take your own photos, like these ones (although the lighting didn’t make it easy!) 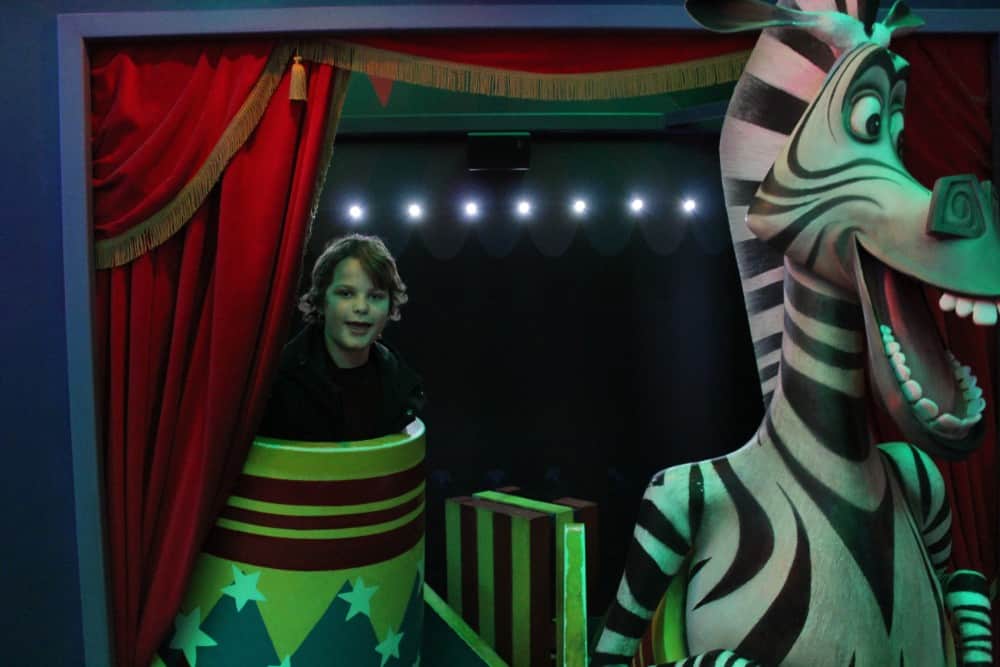 (He isn’t deliberately ogre coloured there, but he often smells like one….) 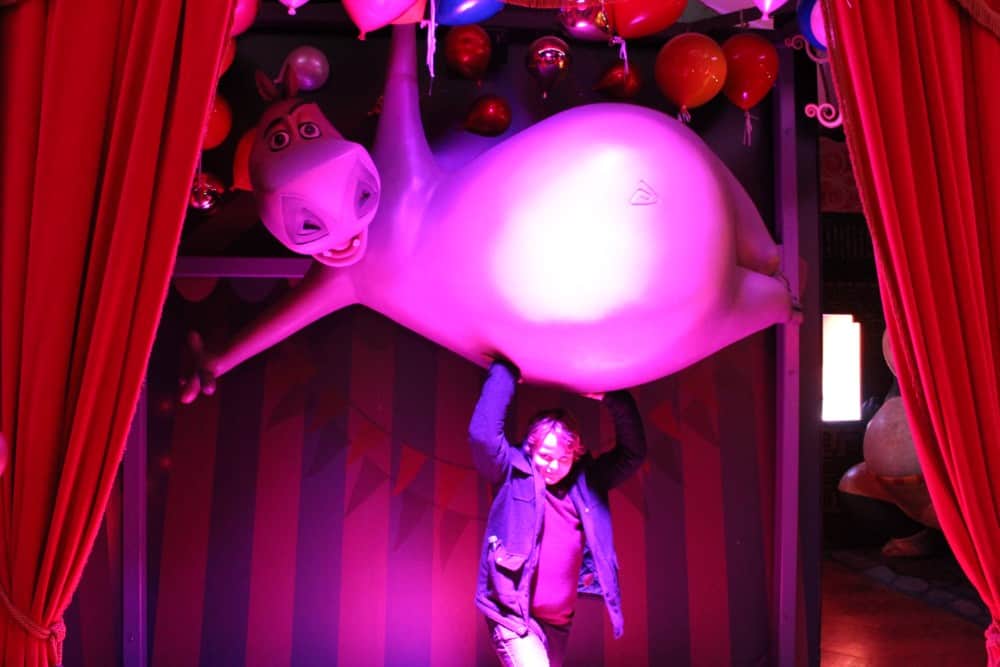 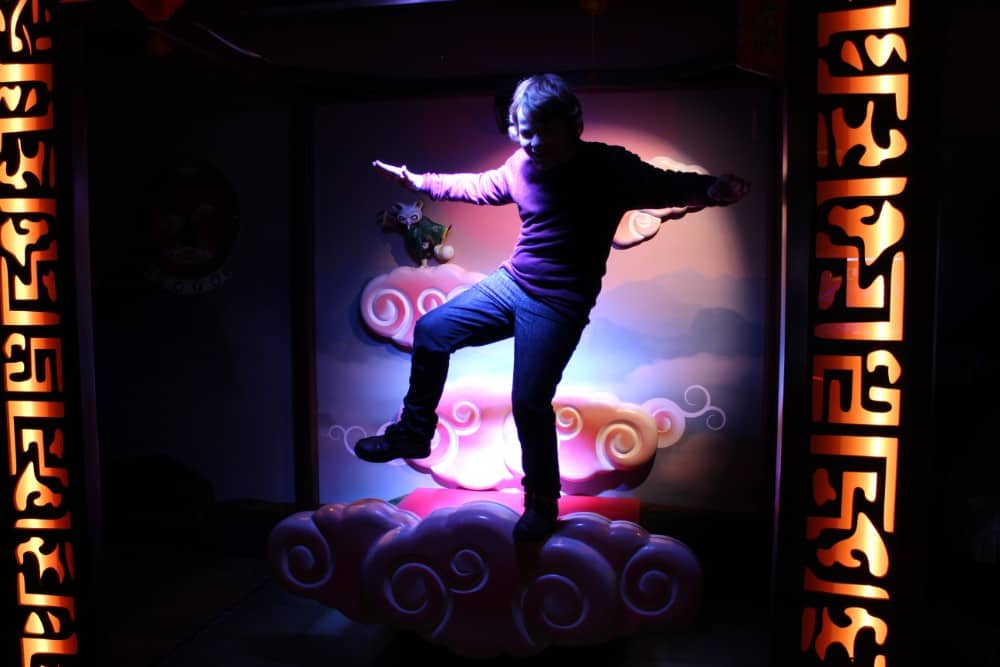 We also visited Santa while we were at Shrek’s Adventure.  This is just an additional £6 to the standard ticket price so is very good value!  At the end of the tour we were taken off to Santa’s Grotto and entertained by two lovely singing and dancing elves while we waited. 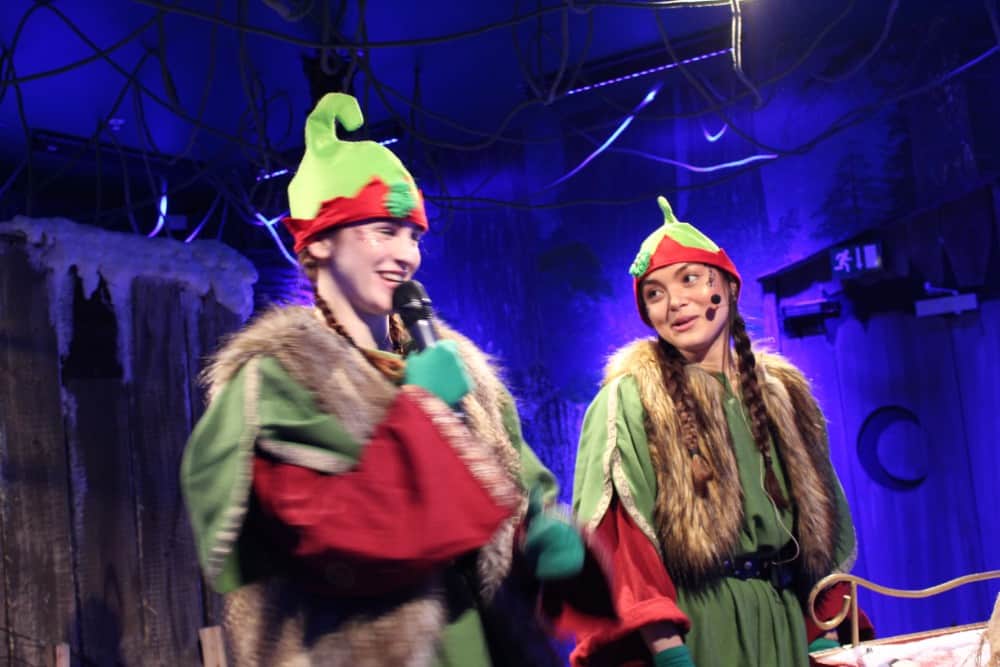 They made a good effort to talk to each child which we were very impressed by.  There are a few spots in the queue where you can get some nice photos too.  Perhaps your child might even smile! 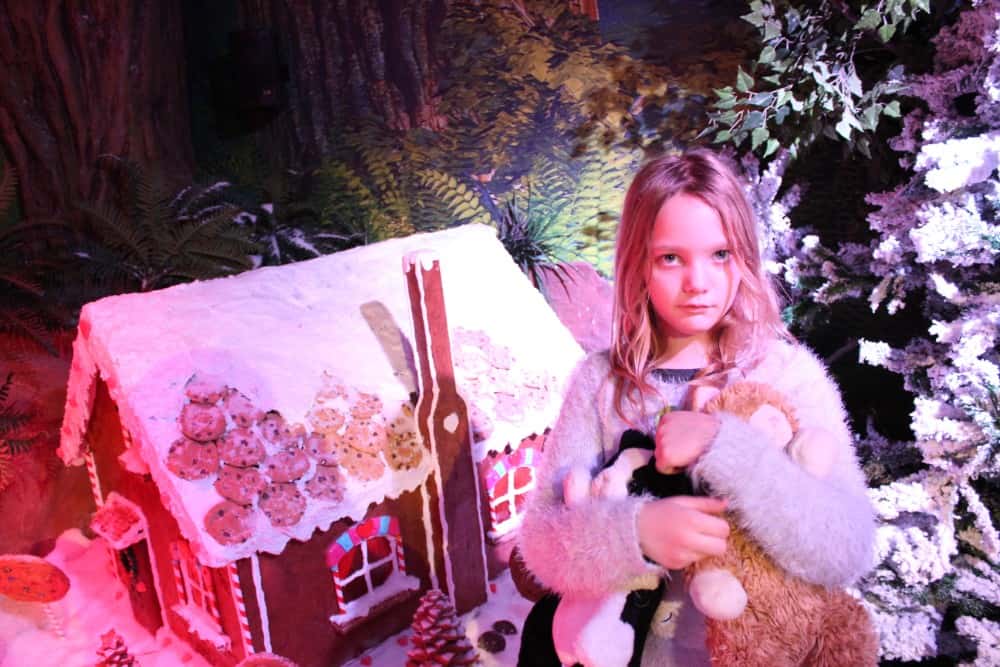 Then you see Santa himself who was also lovely and chatted to the children before giving them a present.   They had official photos taken with Santa that we could buy but they were also fine for us to take our own photos of the children with Santa.

All in all we had a great visit.  I loved Shrek’s Adventure and thought the Santa’s Grotto was a fantastic (and good value) extra.

We were invited to visit Shrek’s Adventure, but as always, all opinions expressed are my own.