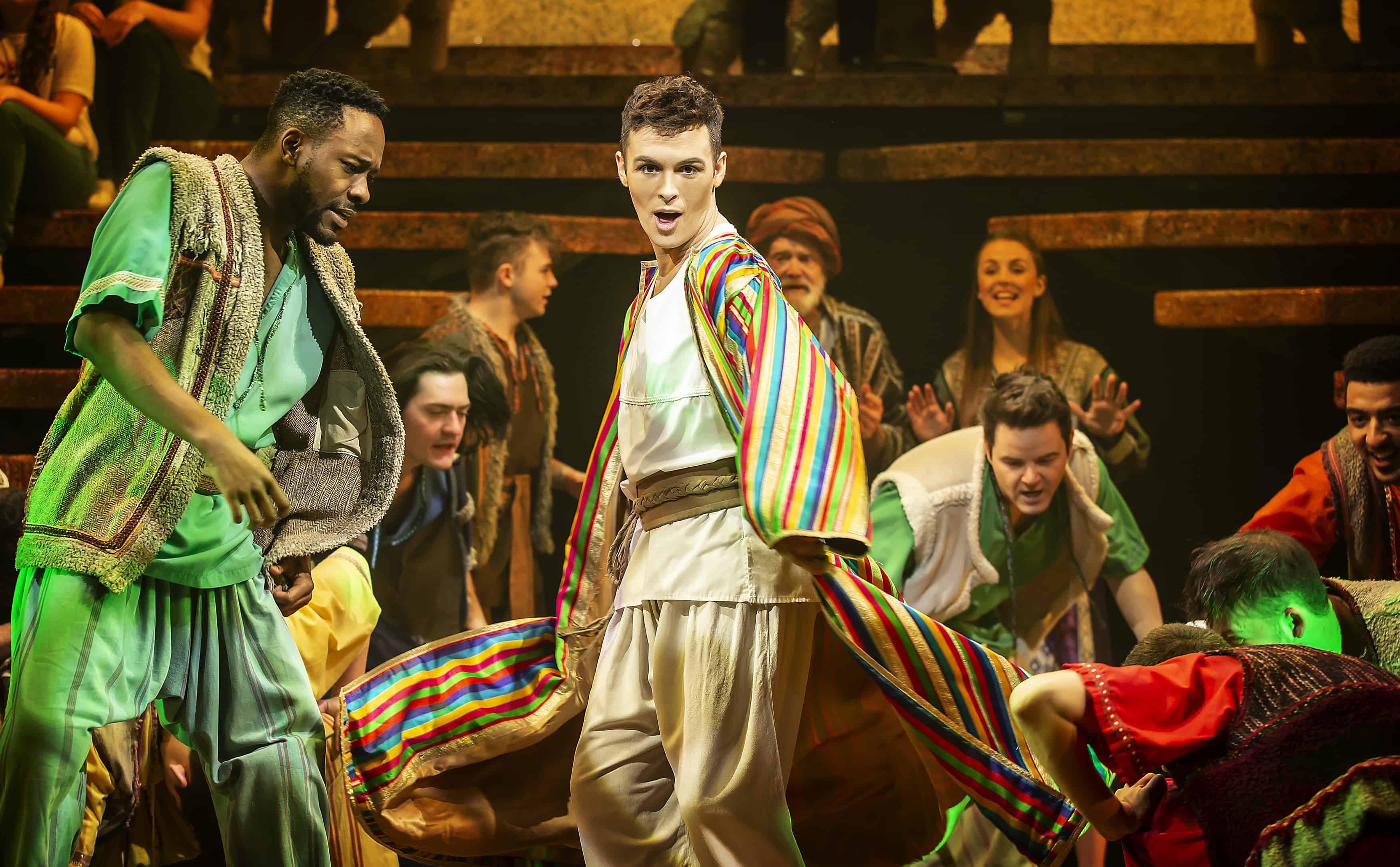 Although this year marks 50 years since Joseph and the Amazing Technicolor Dreamcoat left the pens of Andrew Lloyd-Webber and Tim Rice, I am young enough to be of the 90s,  Jason Donovan era of the show.
After dinner on a Sunday we would wash up while singing along to the soundtrack and we even went to an off Broadway (OK it was Middlesbrough) performance.

I’ve been waiting for this one to come around for AGES!

Joseph and the Amazing Technicolor Dreamcoat at Leeds Grand Theatre

Retelling the Biblical story of Joseph, his 11 brothers and the coat of many colours, Joseph and the Amazing Technicolor Dreamcoat is the first of Tim Rice and Andrew Lloyd Webber’s musicals to be performed publicly. Seen by an estimated 26 million people (and counting), Joseph continues to draw in the masses and this production made it easy to see why.

I must confess that aside from thinking him great in Celebrity Masterchef, I know very little about Jaymi Hensley who is playing Joseph in his first role in a major musical.
X-Factor isn’t really my cup of tea and I really wasn’t sure that he would be that good at being Joseph.
The judgey pants I wear are clearly the reason I don’t cast for musicals and I hold my hands up to being entirely wrong. 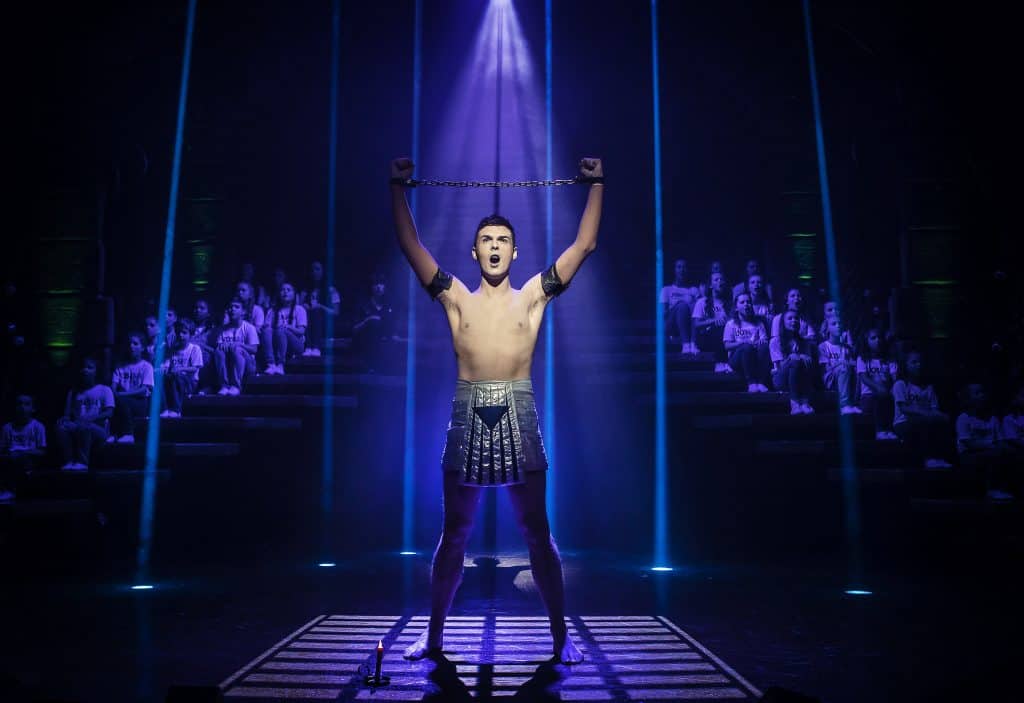 Joseph and the Amazing Technicolor Dreamcoat

It’s hard not to just gush about the production– even the sheep that refused to conform provided chuckles rather than effect the production in any way.

The casting of the brothers was so well done, twelve very different looks and personalities who all complimented one another perfectly. Trina Hill as the narrator is not too dissimilar vocally to Linzi Hateley from the 1991 production and the band were fabulous. Every member of the cast managed to put their own unique touch on their role yet gel seamlessly and the production is full of humour with a touch of innuendo – I’m not sure if that’s something that was always there and I missed when I first watched it or has been accentuated for the more recent tour.

Joseph is high energy and relentless with most cast members appearing in every scene, I was exhausted watching them – I can only imagine how they felt being the ones actually doing all the singing and dancing.  One thing that was abundantly clear was how much each and every one of the cast enjoyed what they were doing, I’m no musical theatre actor but I reckon Joseph and the Technicolor Dreamcoat must be one of the gigs everyone wants. 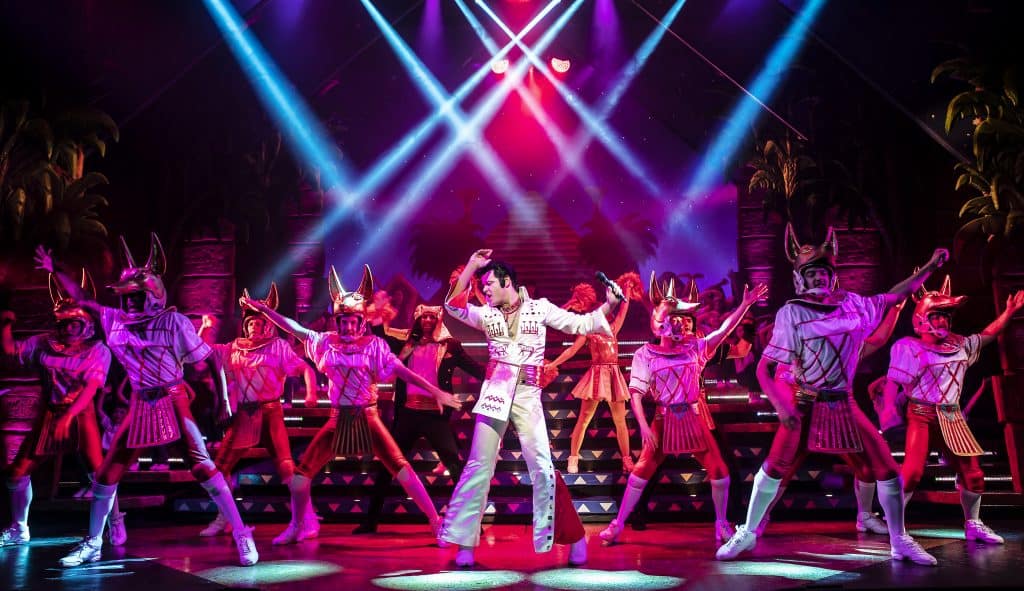 With absolute, timeless bangers like Go, Go Go, Joseph, Benjamin Calypso, Pharaoh Story and, of course, Joseph’s Coat, there is foot tapping and bopping galore. By the end of the show everyone in the audience was on their feet – as the cast fully deserved.

As we left the Grand on an absolute high I heard someone declare it “wasn’t that good” I can assure you they are wrong. They are probably the kind of people who take boat rides and don’t wave to the people on the shore.
I am genuinely excited to be going to watch the show again on Friday with my 8 year old in tow. She is going to love it as much as I did, especially when I sing all the songs for her.

Joseph and the Amazing Technicolor Dreamcoat  is running at Leeds until June 15th and tickets are available now from www.leedsgrandtheatre.com

The Tour itself will visit Derby, Ipswich, Birmingham and Oxford ending on July 20th I really can’t recommend it more!

Anna can usually be found blogging at Me, Annie Bee