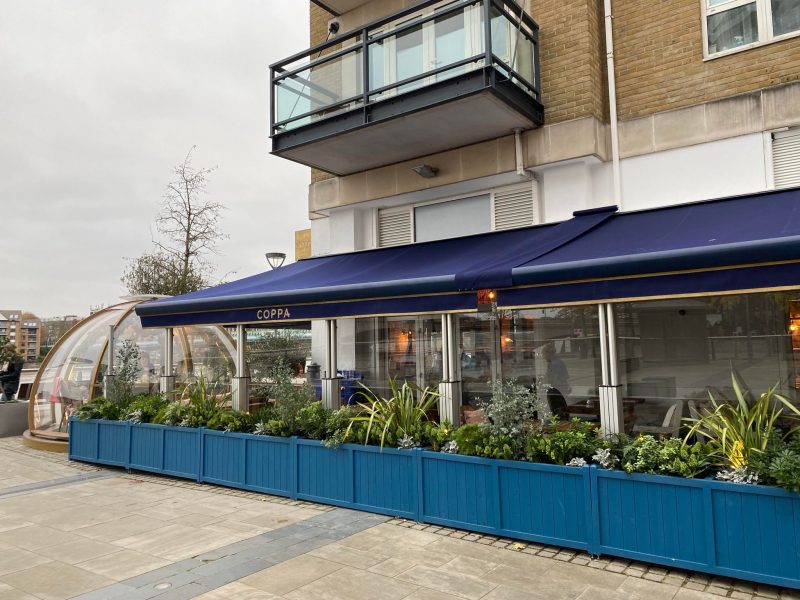 Down in south west London sits Putney, a cosy district nestled next to the river Thames. Its high street is bustling with shops and pubs. On this occasion we were headed to the Coppa Club: having recently opened in early November, we were invited to try their menu for lunch and cocktails.

The first thing I noticed when arriving at the Coppa Club were the igloos outside. For a minimum of a £25 spend per person, you can dine in an igloo and enjoy the view of the Thames while you eat. I imagine this would be a fantastic location for winter get togethers, as you have the opportunity to enjoy the outside while avoiding the freezing cold.

The inside of the restaurant felt like one huge living room. Throughout the venue sit comfy sofas and armchairs, with a small fireplace sitting in the corner, perfect for these colder days. Further in, we were welcomed by the waiting staff and directed to our table.

The weekend menu has quite an extensive selection of food; from seafood to red meat, pizzas, pastas, and plenty of vegetarian options. At the Coppa Club, you won’t leave hungry.

For our drinks, we ordered the Garden Spritz and the Tiramisu Martini.

The Martini also came with a biscuit, which I used to dip into the drink. 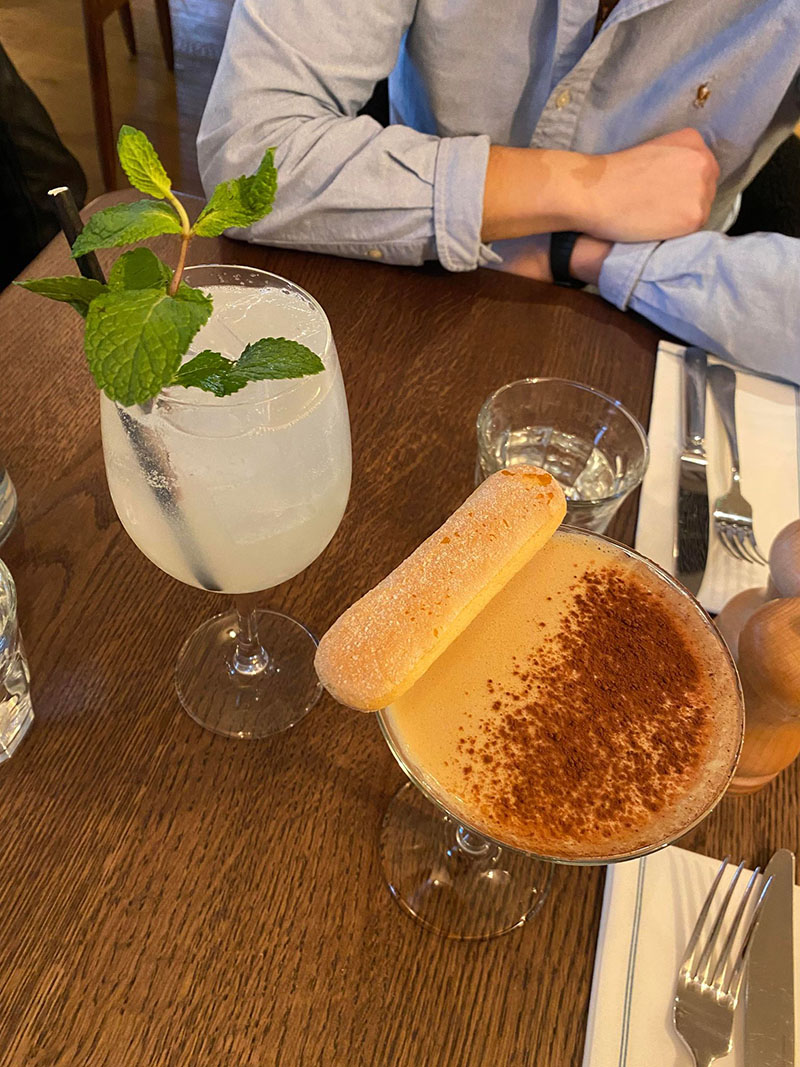 While I felt like I should have ordered my martini after our lunch – it felt more like a dessert drink than something I could enjoy alongside a starter and main course – it was delightful. My original intentions were to order an espresso martini, but was instead recommended the tiramisu variation due to not having any espresso martinis available. I was happy to try it, and I would recommend you do, too – on its own, rather than with a meal.

The Garden Spritz was a much lighter drink than the martini. It was a perfect accompaniment to the lunch, and something you may enjoy if you’re a fan of refreshing and light cocktails.

For our starters, we ordered the Parmesan Croquettes and the Crispy Fried Squid. 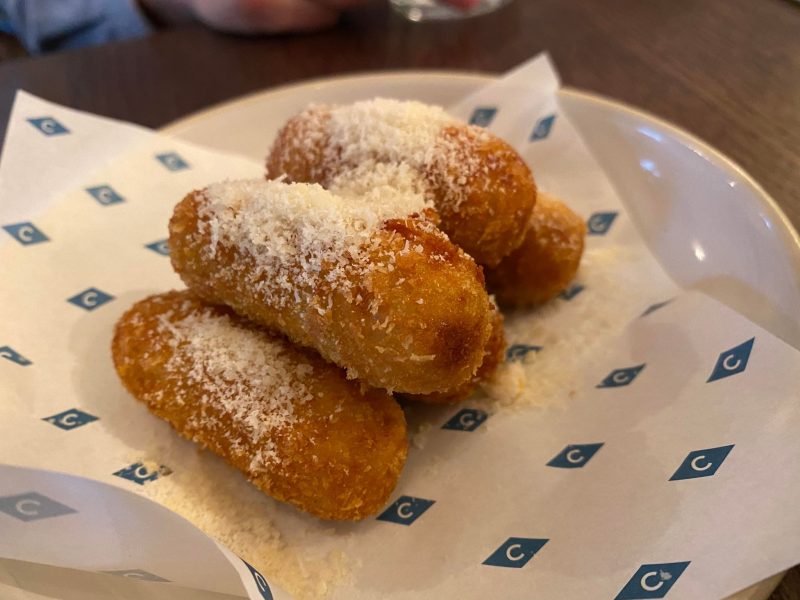 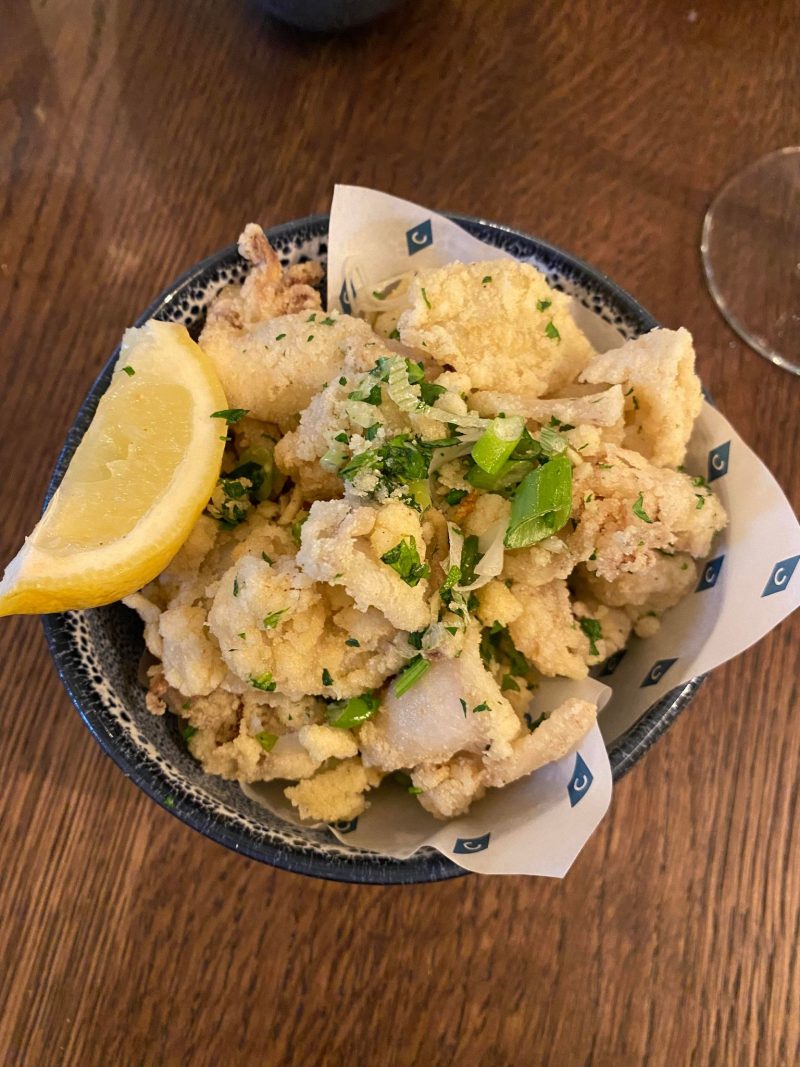 First, the croquettes – these were very cheesy, but what more could you want? Do not expect a similar texture to mozzarella; being parmesan based, these croquettes are beautifully soft on the inside and crunchy on the out, with a very strong cheesy flavour. These are ideal for sharing, as they may be too rich to eat all at once! The squid, too, hit the right spot – the portion size was huge, and the calamari was cooked perfectly. Expect to share these, too. There’s plenty to go around.

For our mains, we chose the British Flash Steak and the Smoked Haddock & Salmon Fish Cake. 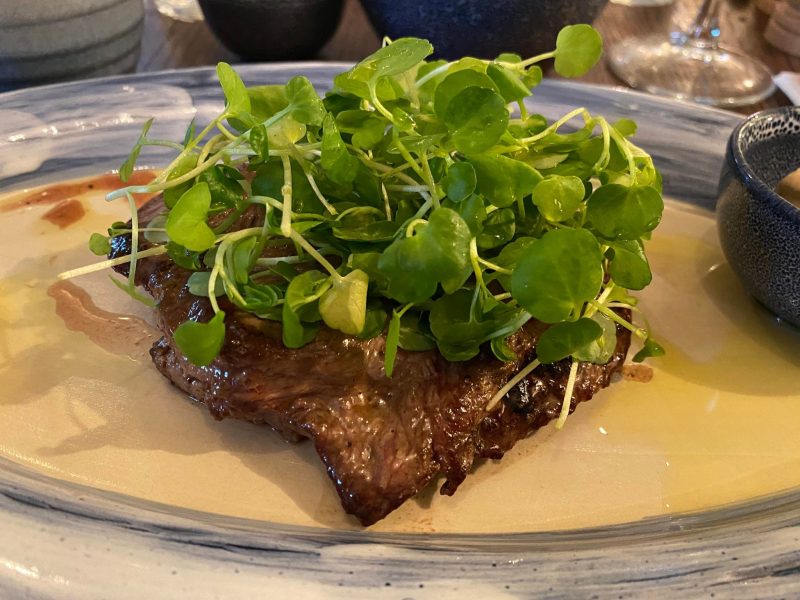 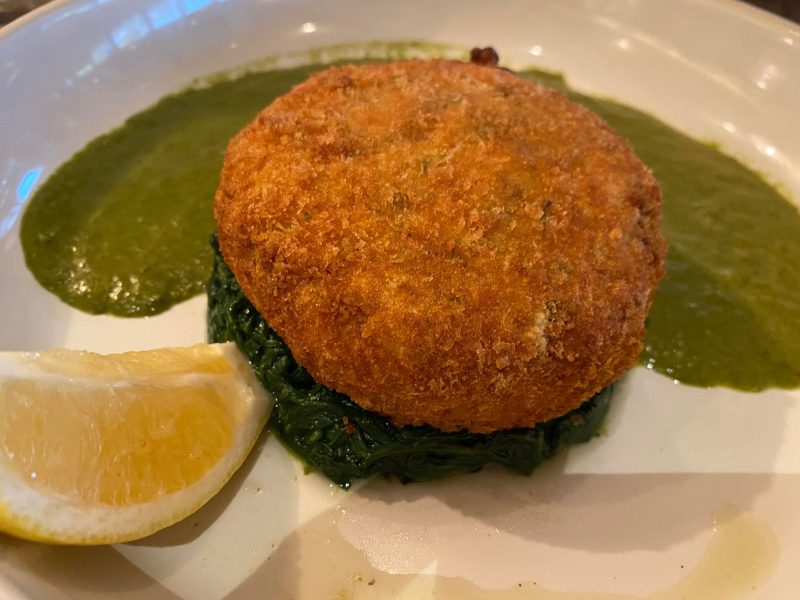 When ordering a steak at the Coppa Club, you can choose between “well-done” and “pink”. I would have preferred to choose more specifically how my meat was cooked, but the pink came out at around a medium-rare. I decided to pair it with the truffle cream (I love truffle!) which was the perfect choice for this steak. The steak itself was slightly too chewy for my liking, but it was still good; it was a massive portion alongside the chips, and I could barely fit in dessert afterwards.

The fish cake was received with praise, too. Another crispy-on-the-outside winner, it paired very well with the spinach – though the sauce didn’t live up to the rest of the dish. However, it definitely fared well, and was another generous portion along with the steak.

For our dessert, we shared the Sticky Toffee Pudding. 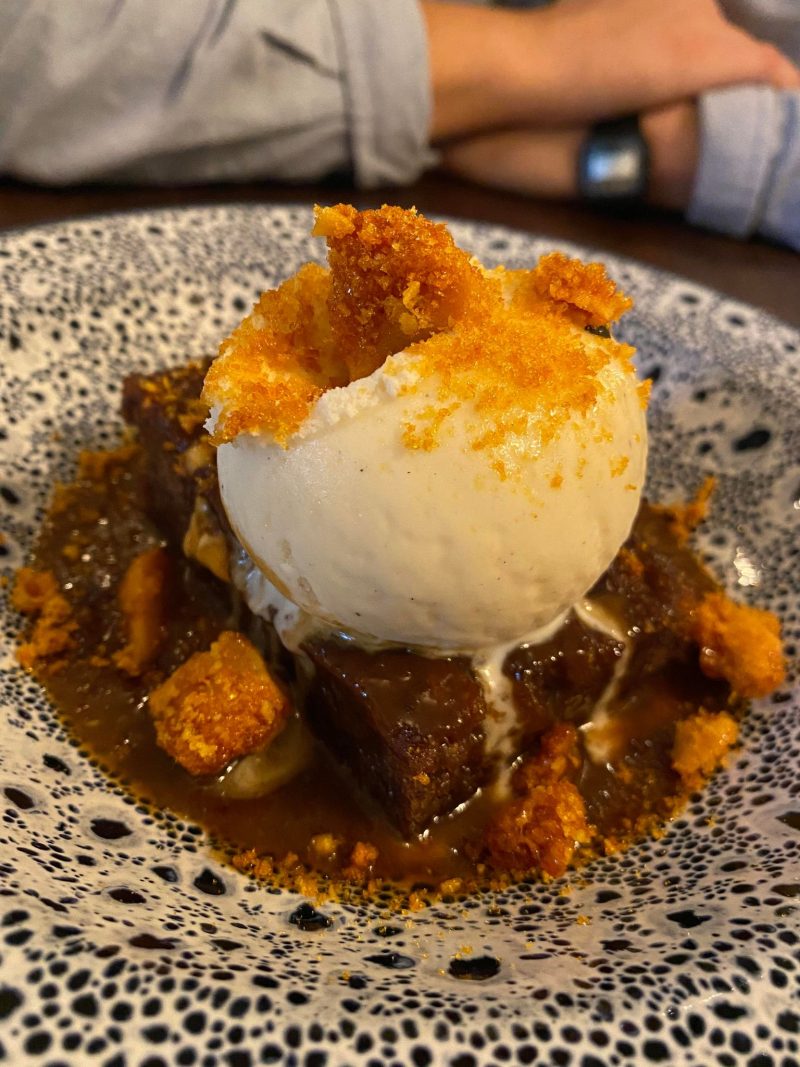 We were incredibly full by this point, so opted to share a dessert. Sticky toffee pudding is a British classic. Though the honeycomb was not as crunchy as I’d have liked it to be, the sticky toffee pudding was good. While the rest of the food felt closely priced to the quality, however, I feel as if the pudding was a little expensive for what it was. I would definitely get my hands on another Tiramisu Martini for dessert if I could – especially since the rest of the food was so filling.

In total, our three course meal for two, including the cocktails, would have cost us £71.45 (not including service charge), coming up to just over £35pp. This is a good deal for such a lovely spot in London, especially if you can grab an igloo and sit outside.

If you’re visiting London, or even a local, pop into Coppa Putney for some hearty food, a cosy interior, and a friendly service experience. 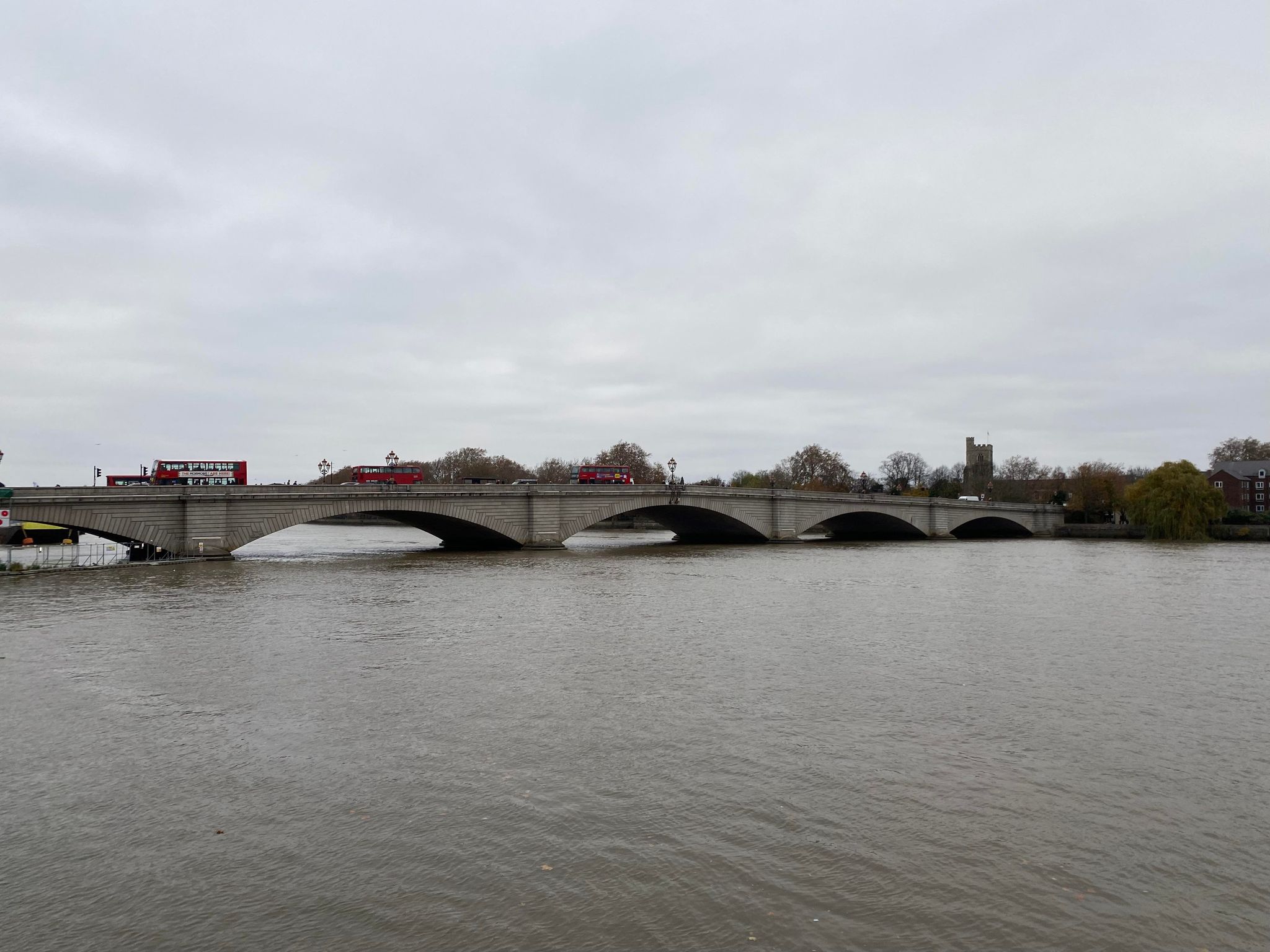