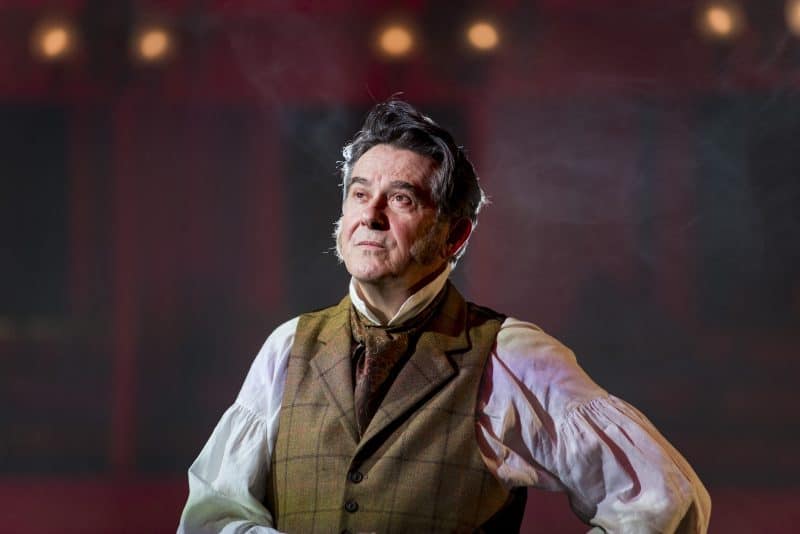 What better way to spend a damp October evening than at our wonderful York Theatre Royal. There are so many great plays coming soon that I am sure that I will be back again soon. We were greeted with welcome smiles, and it was great to see that both the little café and bar were both open to enjoy a drink before the show started. It was so lovely being back in familiar surroundings after so long. 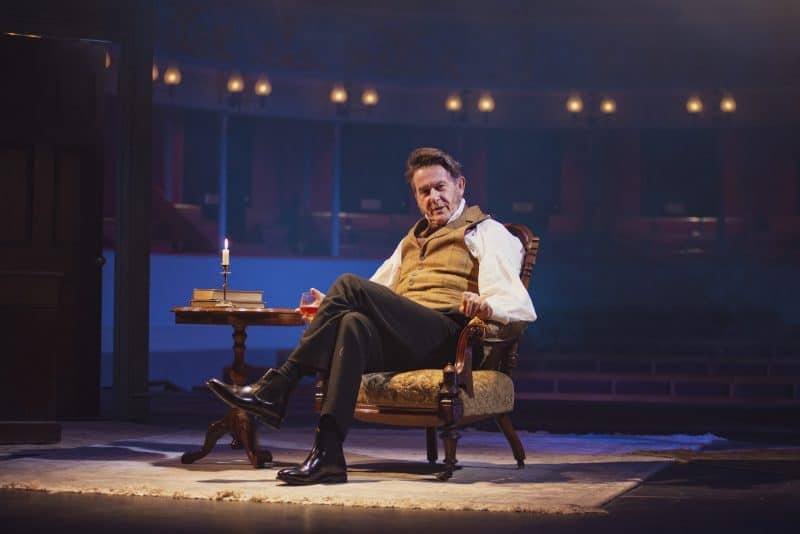 Being Mr Wickham was very different to other plays I have seen. I recognised the actor Adrian Lukis who played the original Mr Wickham in BBCs adaptation of Jane Austen’s Pride and Prejudice. How wonderful that the very same actor brings the story forward to the characters 60 birthday. The one man show tells the story of this aging lothario reminiscing of his younger years and in his own words “the disgraceful behaviour” of his younger self. He is feeling the aches and pains of ageing years and remembers fondly his time at Pemberley and his first encounters with Mr Darcy. 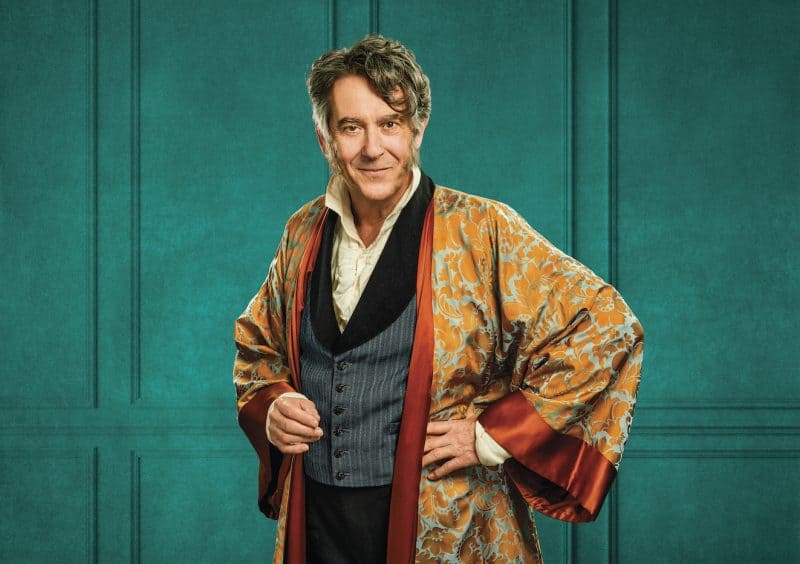 After a short interval Adrian Lukis came back on stage and answered an informal Q & A from the audience and I found this fascinating and really enjoyable and would recommend staying for this part of the evening. It really did compliment the play contemplating how perhaps Jane Austins George Wickham might have spent his time and made his living as a younger man and then into his declining years. l also found interesting when Adrian explained the thoughts and work that had gone into bringing us this play. Was indeed Mr Wickham a villain, a gambler and a liar? Would he have drunk himself into an early grave or would he perhaps have reformed his ways and made an honest living for himself?

A thoroughly enjoyable evening in such a beautiful theatre.

“Mr. Wickham is blessed with such happy manners as may ensure his making friends – whether he may be equally capable of retaining them is less certain.”

Adrian Lukis returns as Mr Wickham, the character he played in BBC-TV’s production of Jane Austen’s Pride and Prejudice, for the one-man play Being Mr Wickham at York Theatre Royal from  14-16 October.

The production is presented by the Original Theatre Company – the production company behind the hit regional  touring productions of A Splinter of Ice and The Habit of Art and critically acclaimed lockdown online productions of Sebastian Faulks’s Birdsong Online, Louise Coulthard’s Watching Rosie, Torben Betts’s Apollo 13: The Dark Side of The Moon, Philip Franks’s The Haunting of Alice Bowles and Peter Barnes’s Barnes’ People.

Written by Adrian Lukis and Catherine Curzon, this one-man play about one of Jane Austen’s most charmingly roguish characters, is directed by Guy Unsworth and designed by Libby Watson.

Pride and Prejudice’s George Wickham is on the eve of his sixtieth birthday and wants to lift the sheets on exactly what happened thirty years on from where Jane Austen left him.

Adrian Lukis said:  “I’m thrilled to be reunited with my old friend, George Wickham. Having spent years defending his dubious reputation, I look forward to finally setting the record straight, with the assistance of the immensely talented Original Theatre Company.”

Being Mr Wickham is produced by Alastair Whatley and Tom Hackney for Original Theatre Company.