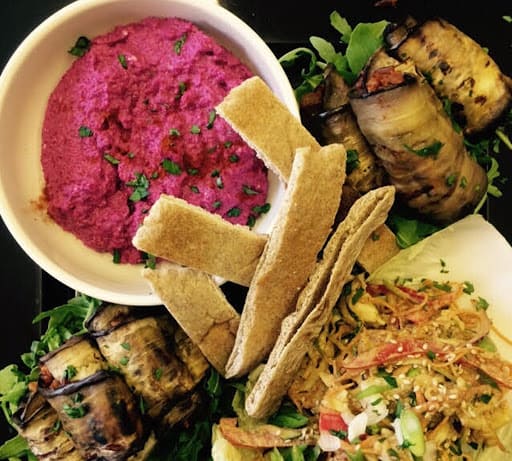 Plant-Based Vegan Restaurants in Leeds – Recently there has been a quite a sharp rise in the amount of people who have chosen to live a plant-based vegan lifestyle. Nowadays many fast food chains like Burger King have a lot of plant based options in their menu. However, veganism isn’t a modern concept. Evidence of people choosing to avoid animal products all together can be traced back over 2,000 years. As early as 500 BCE, Greek philosopher and mathematician Pythagoras promoted benevolence among all species and followed what could be described as a vegetarian diet.  Around the same time, Siddhārtha Gautama (aka Buddha) was discussing vegetarian diets with his followers. Here with have the Best Vegan Restaurants in Leeds.

Humpit is a modern and trendy vegan restaurant in Leeds. If you’re looking for a simple yet delicious cuisine that will suit everyone, then visit Humpit. From  legendary ‘Pita Platters’ to full sharing hummus & falafel buffets, everyone will leave satisfied.

~A CHOICE OF WHITE OR WHOLEMEAL PITA FILLED WITH FALAFEL, AUBERGINE OR SPICY KEBAB WITH THE ADDITION OF FRESH SALADS, SAUCES AND PICKLES~

~A GREAT SELECTION OF HUMPIT’S BEST SIDES INCLUDING HUMMUS, ROAST CAULIFLOWER, TABULEH SALAD, FALAFEL, AUBERGINE SALAD, SERVED WITH AMBA SAUCE AND A FRESH PITA ON THE SIDE~

~TRADITIONAL HUMMUS BOWL TOPPED WITH CHICKPEAS, SAUCES, PARSLEY, PAPRIKA, OLIVE OIL AND SERVED WITH A WARM PITA ON THE SIDE. CHOSE FROM ONE OF OUR GREAT TOPPINGS~

Roots and fruits is a plant based restaurant offering vegan cuisine, with some vegetarian options.

The sort of food you can expect to enjoy at Roots and Fruits can be seen below.

~A vegan burger with chips and a slaw~

~A pasta dish brought to us by our Italian chef~

~An array of GF and vegan cakes~

At Knaves Kitchen you find all the deliciousness of good old fashioned junk food – but conscience free – as it is vegan junk food! Some of the wonderful dishes on offer include German-style Bratwurst corn dogs, vegan beef burger patties made from seitan and deep-fried pizza rolls.

Fettle are not completely vegan but have a large plant based menu.  They are “open for early breakfast, brunch, and evening meals, we have created a relaxed, organic environment for both our guests and team with quality food that has been locally sourced. A creation of passion bringing together good food, great company, and an unforgettable experience in the calm, picturesque surroundings of Great George Street. We believe food tastes even better if eaten in a happy environment where we work to support our local community, protecting our environment: this is the fettle way.”  Brunch options include: 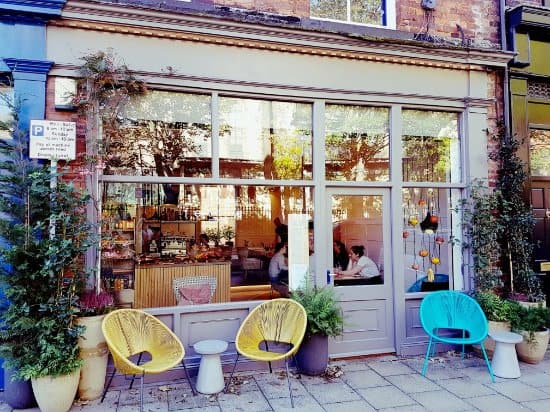 An idea of the delicious dishes they serve are shown below.

Also look at our main post of the best restaurants in Leeds.