Another new outdoor activity found at the opposite end of the ship to the Sky Pad was a rather splendid crazy golf. You can see from the photos that we were pretty much the only ones playing, and although the day could have been warmer, we all really enjoyed it. 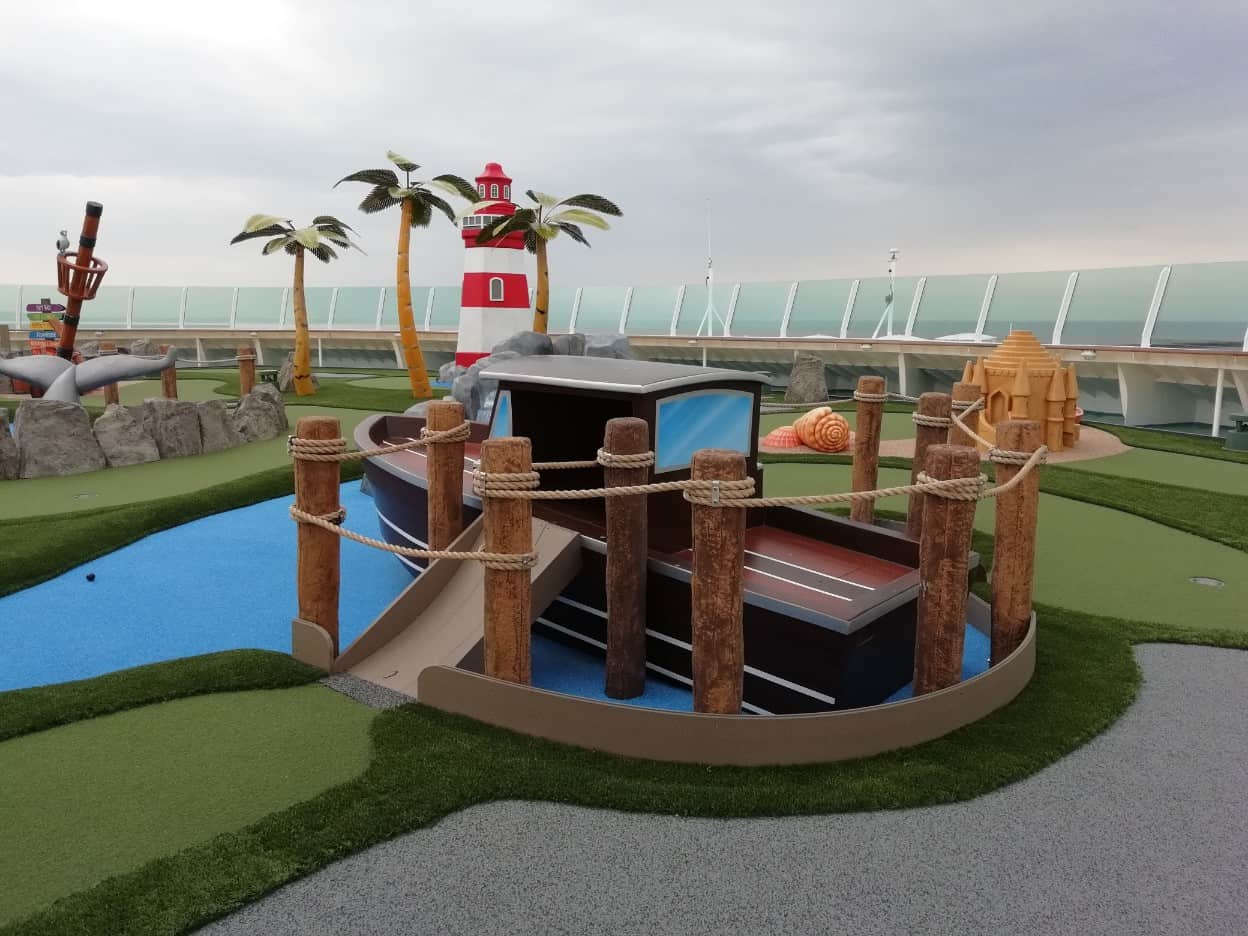 Finally the last new family friendly addition was the Laser Tag. It’s done on the ice skating rink – the rink is covered up and a giant inflatable maze is put on it. It’s dark and the music and announcements are very loud, so better for older children and adults I think. While they waited, they sat in the icerink theatre chairs until it was their turn. As a spectator I sat at the other side and waited. I say as a spectator but in truth I couldn’t really see anything – but it was nice to have a sit down anyway! At the end your scores are shown on a screen, along with accolades for the player with the highest score and the player who was the most trigger happy. Again, went down very well with my family. Oh, and don’t forget you need closed toe shoes for this one – no sandals or flip flops!

Mr Wonders took both our children in. They were greeted at the door and put into teams.  When they were called for their turn, they were given the laser tag outfits – an electronic tabard and gun/  The tabard had various points on it that registered if the wearer had been shot with a laser.  They then watched an introduction video and were automatically assigned into teams.  This was quite random – so our eight year old daughter was not on the same team as her dad or big brother.  I think this should be changed in the future as it isn’t ideal.  After a safety chat the game began.  They charged into the inflatable maze and began to shoot one another!  It was dark and noisy and smoky, but they all had a great time!